Today, we’d like to tell you a little more about the next contract reward. The Indian Contract will award one of the vehicles you’ve been requesting a lot – the Arjun Main Battle Tank!

The Arjun is the first truly indigenous Indian MBT, following the successful Vijayanta, which was a copy of a Vickers export MBT. You can read about its full history in our extensive article but, in short:

Its development goes back decades and despite some successes, the issues with the metallurgy involved as well as other elements (such as transmissions) led to a string of expensive failures. From the 1990s onwards, the Arjun was able to overcome some of its problems and a small production run of roughly 124 vehicles took place between 2004 and 2010. The first Arjun service version is referred to as Arjun Mk1 and somewhat resembles the Leopard 2A4 MBT since the tank was co-developed with Krauss-Maffei who designed the original German MBT. 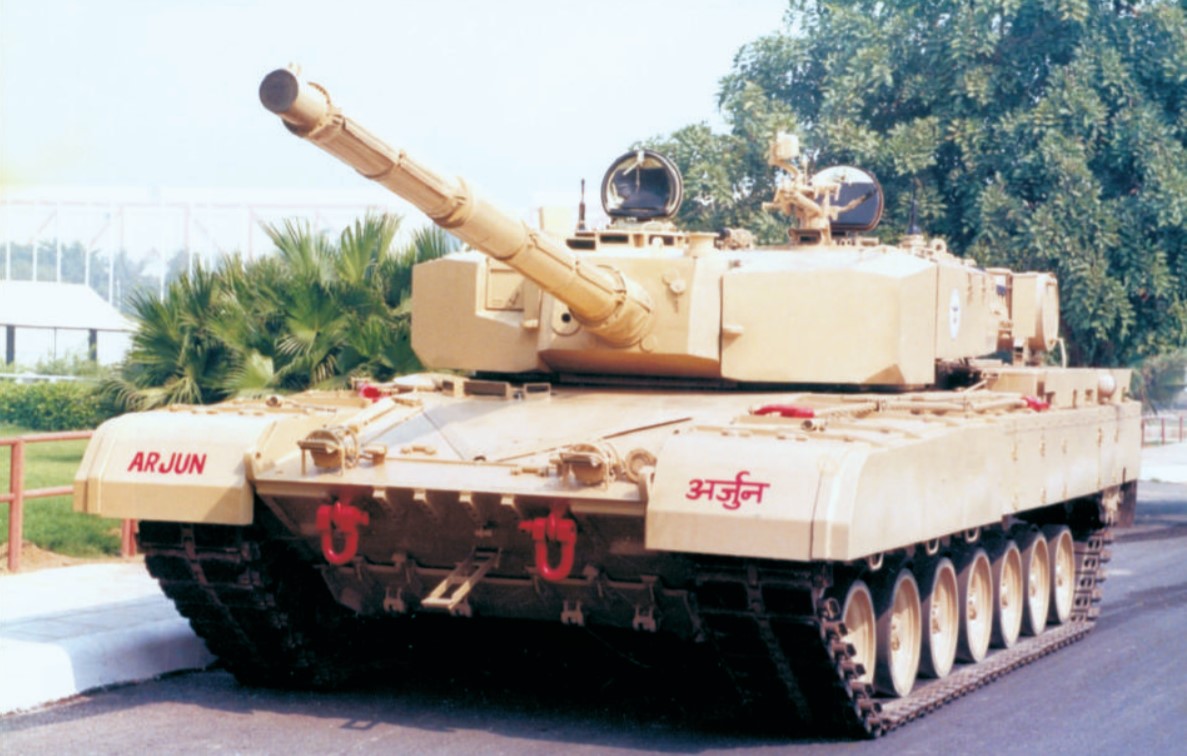 The basic hull of the vehicle was made of steel but the tank’s boxy appearance was mainly due to the presence of it Kanchan composite armor. Its composition and protection levels unknown, the armor is said to be related to the famous British Chobham. The tank was powered by a rather unique MTU engine based on the design used with the Leopard 1.

This engine wasn’t used anywhere else in the world and, along with its transmission, became the worst source of problems that have never been fixed in a satisfactory manner. The weapon system consisted of an indigenous rifled 120mm gun that wasn’t compatible with anything on the planet. The British influence here is undeniable but why the Indians chose such a unique solution is, once again, a mystery – the most likely theory of its origin being an up-scaled version of the 105mm L7 rifled gun used on the Vijayanta. The ammunition was somewhat unique too, featuring an oversized APHE round called PCB, which stands for Penetration cum Blast – either someone had a wicked sense of humor or was unfamiliar with some connotations.

The performance of this model was, to put it mildly, far from stellar. Despite being formally adopted, its abysmal performance, especially in the desert environment where armored clashes with Pakistan were expected, led instead to more purchases of Russian tech (most notably the T-90S MBTs). 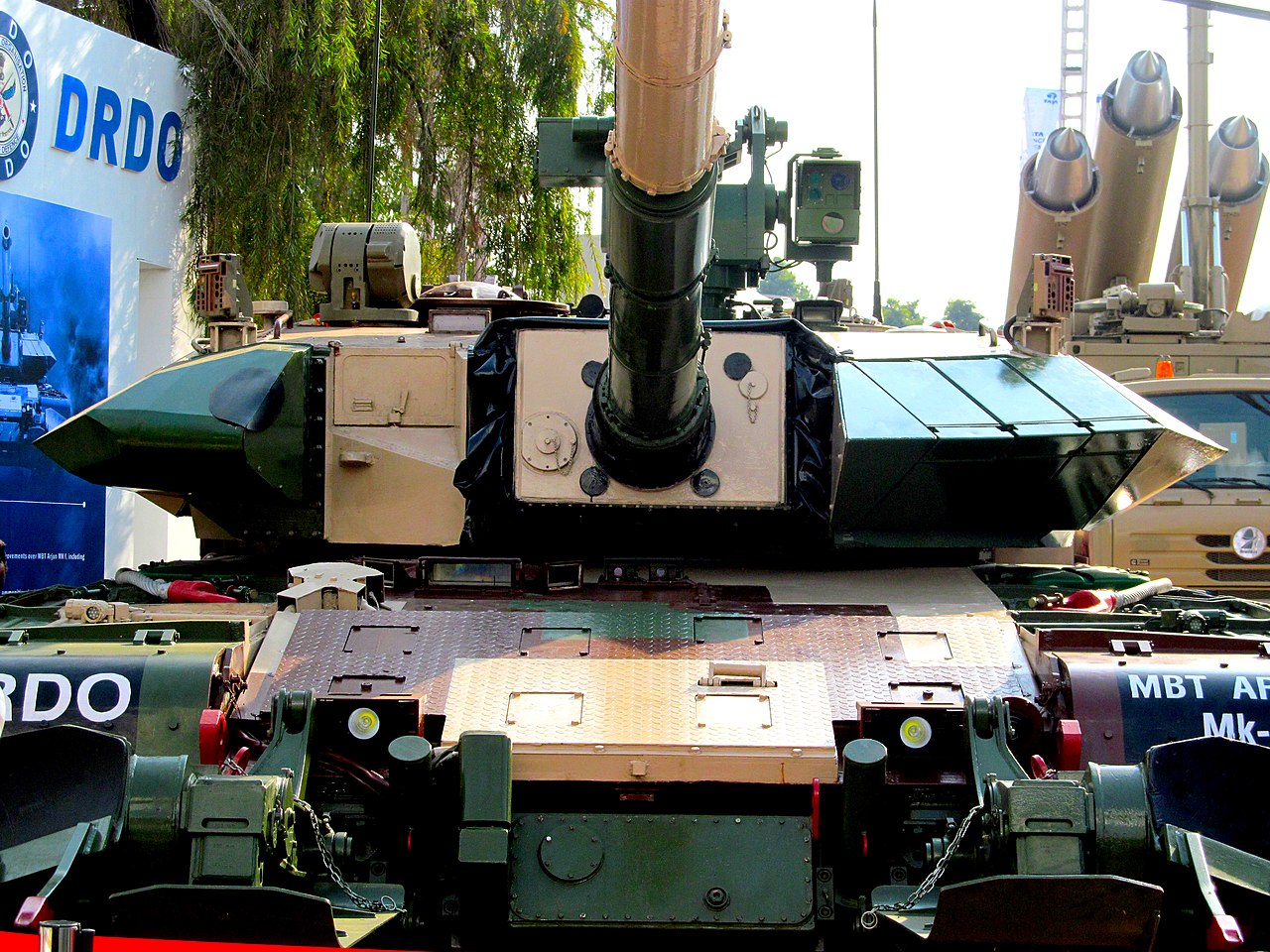 However, the Indians were unwilling to lose face and in 2007, they asked the Israelis for help with the design. It took Israel two years to do what India couldn’t in over three decades – they basically rebuilt the tank from scratch to make it quite viable. Around a hundred improvements were made over the original tank and would successfully pass its trials by 2012.

However, with these systems installed, the weight of the vehicle increased from 55-60 to 67 tons and the maximum speed was decreased from 72 km/h to some 55-58 km/h due to changed gear ratios in order to preserve its acceleration.

Here’s where things start to get a bit confusing. This upgraded version started as Arjun Mk.2, but at some point, it was apparently renamed to Arjun Mk.1A with the Mk.2 name reserved for another future upgrade project. The most likely variant is that while the Mk.2 name was reserved for additional newly-built upgraded Arjuns (a plan that was canceled around 2008 following the testing issues), the Indians chose instead to upgrade the original 124 Arjuns to this standard and are referring to those upgraded tanks as Mk.1A. 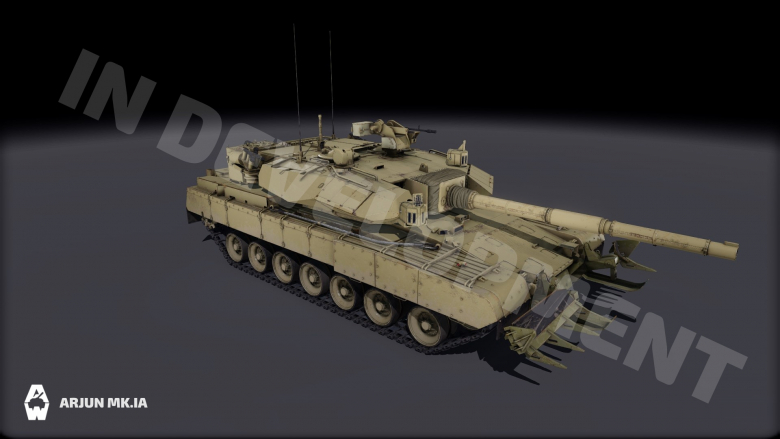 The original plan counted on the upgraded Arjuns being delivered until 2015 but this did not happen and the whole program was postponed (likely for financial reasons) to 2022 and onwards. The upgraded Arjun MBT therefore remains a prototype only and its mass production is likely postponed due to the COVID pandemic. Whether its operational capability goal of 2025-2026 is met remains to be seen. 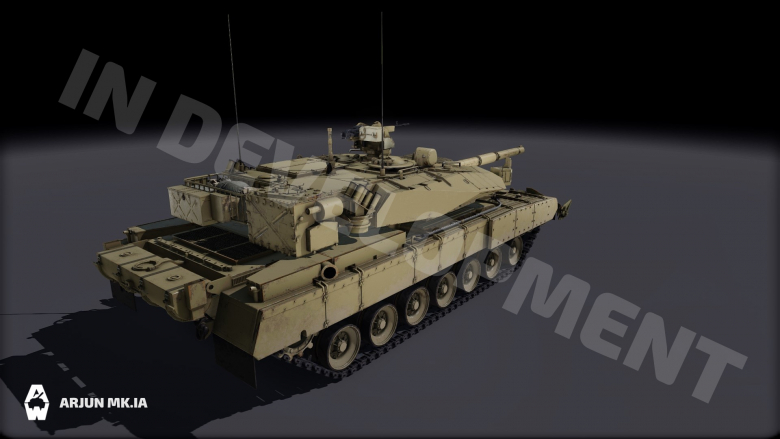 In Armored Warfare, the Arjun Mk.1A will be a Tier 7 Premium Main Battle Tank and the next Contract system reward.

Gameplay-wise, the Arjun MBT will be a mixed bag. Certainly not the best armored MBT on the battlefield, but also with a decent pool of hit points and soft-kill APS. Its average mobility will not be its highlight either though – that privilege belongs to its firepower. 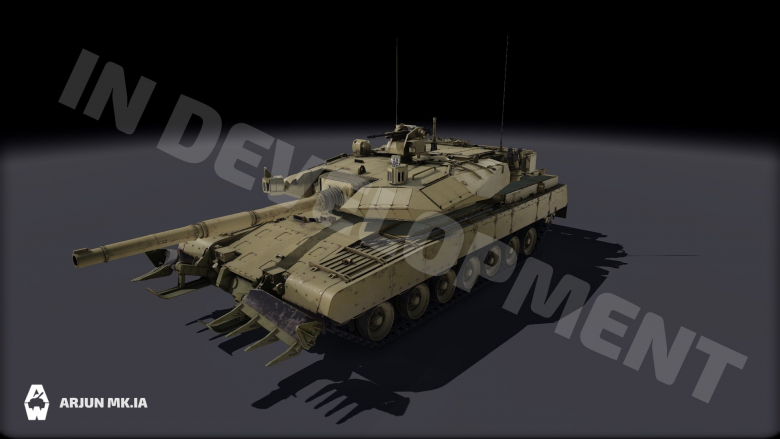 In its basic form, the Arjun Mk.1A MBT will be armed with 120mm rifled cannon with roughly the same shell types and performance as the Challenger 1 MBT on the same Tier. However, it will also feature a 5-round autoloader clip and solid accuracy. The gun will fire APFSDS and HESH shells and will have two additional progression modules available that will truly unlock its potential:

In summation, the Arjun will be a potent support MBT with decent survivability and firepower. In PvP, it’ll be able to fire at longer distances thanks to its solid gun performance and the presence of gun-launched ATGMs, while in PvE, its damage output will all but guarantee a good place in the match’s damage ranking.

We hope that you’ll enjoy this tank and, as always:

Summer of the Dragon