Welcome to the newest Questions and Answers Session where the developers are answering the questions posed by players. 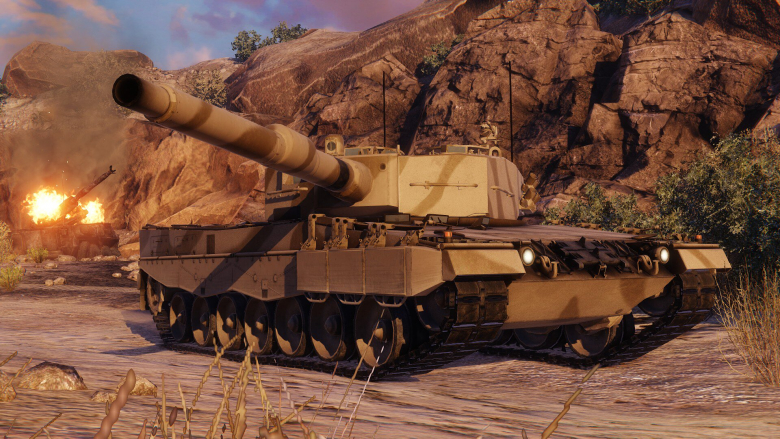 Tell us more about the upcoming changes in game economy!

The in-game progression speed and economy won’t fundamentally change. The only noticeable update is the change of the spotting damage rewarding. Earlier, all damage done to the spotter’s target counted towards his spotting damage reward. In Update 0.19, only the damage from those team mates who are not spotting the target themselves, will count towards the reward. Statistically speaking, this change should not have any major impact on overall income.

Yes, the problem is that with its current rate of fire, the 57mm Bofors gun can deal 5520 damage in 15 seconds. That is too much and it’s clear that we need to address the situation. On the other hand, we do want to preserve its extremely powerful rapid-fire cannon gameplay style. That is why in Update 0.19, the Begleitpanzer will keep its penetration, high rate of fire and damage, but it will receive a reduced magazine for 20 shells with 8 second magazine reload time. It will, however, get the ability to only partially reload the magazine before firing. Its total damage per minute will be considerably reduced, but the vehicle will keep its ability to deal a lot of damage in a very short period of time.

Will you be adding French tanks? They are as important as the British and German tanks for the post-war armor development!

Yes, there will be a full French line added in the future, from AMX-13 to the latest Leclerc series, including the 140mm Leclerc T4 “Terminateur”. When it comes to gameplay, the line will be quite distinctive.

Update 0.19 will bring the first full “Lords of War” season with added Battalion content. The work on “Battalion Wars” also continues – when we are happy with its state, we will introduce it to players. We do not, however, currently have any time estimate to share.

Are you planning to add more PvP maps?

We are – both brand new PvP maps and existing PvP maps modified for the Global Operations mode.

The description of kinetic shells in the game says that their muzzle velocity is 1200 m/s. Such a shell should be able to cross 400 meters in 0.33 seconds, but the shells are flying much slower in the game. Are there any plans to remedy that?

In Update 0.19, almost all shells will receive their real muzzle velocity, both in description and in the game. As a result, the shell type choice will play a more significant role, for example when deciding what shell to use against a fast-moving target. The ballistic difference between various types of guns will be more noticeable as well.

Will you add new sounds?

Yes, we are planning to improve the sound effects in one of the upcoming updates. Update 0.19 will bring some crew voiceover changes and we are also planning to update the engine sounds.

Are you planning to scrap the entire “shell damage is based on caliber” principle and move more towards gun’s muzzle energy?

As we announced earlier, the shell damage will not be tied only to the caliber, but also to the shell properties. For example, for kinetic shells, the following parameters will be taken into account:

As a result, the damage will not only depend on gun’s caliber, but it will also reflect the shell quality and technology. The first of these changes will be available in Update 0.19.