The LAV-600 Fire Support Vehicle is an advanced version of the older V-300 platform, more commonly known under the designation of LAV-300. 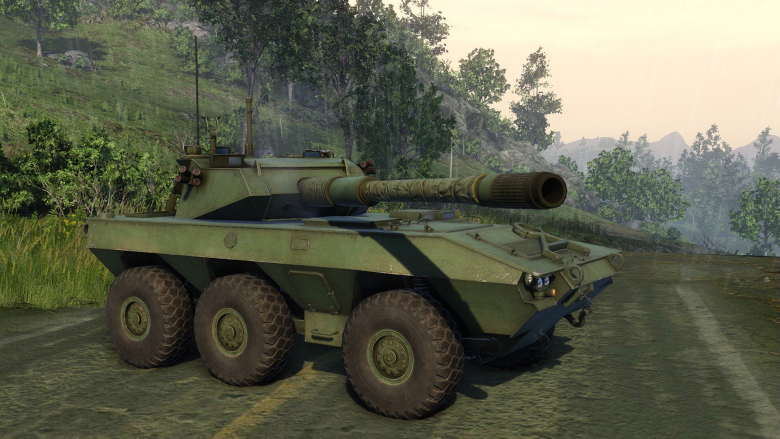 Following the moderate success of the LAV-300, Cadillac Gage Textron started to develop upgrades for the V-300 platform. A new variant of the vehicle, initially designated V-300A1, was developed for export, the first prototype being built in 1985. To differentiate it from the previous model, the vehicle received a new name in mid-1986 – LAV-600. It was actively marketed from 1985 onwards, although development itself actually ended approximately two years later. Another marketing designation sometimes used by Cadillac Gage Textron was V-600 Commando.

Unlike the LAV-300, the LAV-600 was built with one specific purpose in mind – fire support, even though the modified V-300 platform used for the LAV-600 was offered in other configurations as well. To that end, the modified LAV-300 hull was fitted with a turret from another Cadillac Gage Textron product, the Stingray Light Tank. This turret was actually developed with the ability to fit other platforms in mind, specifically the Sheridan Light Tank and the older LAV-300. A combination of the old LAV-300 hull and the Stingray turret was also built, but only as a single prototype.

Another important characteristic of the LAV-600 was that, despite its increased weight (18.5 tons compared to the 15 tons of the LAV-300 90mm FSV), it was compact enough to be transportable by the standard western cargo transport planes of the time, the C-5 Galaxy, C-141 Starlifter, C-17 Globemaster III and C-130 Hercules.

The vehicle was only lightly armored – the patented Cadaloy high hardness steel only protected the four-man crew (commander, gunner, driver and loader) from 7.62mm AP bullets (roughly the equivalent of STANAG 4569 Level 2), but the entire vehicle was not intended to engage the enemy on its own or slug it out with tanks. Instead, it was an affordable, fast fire support option for countries that did not want to invest in tracked vehicles, which are notoriously expensive to maintain. 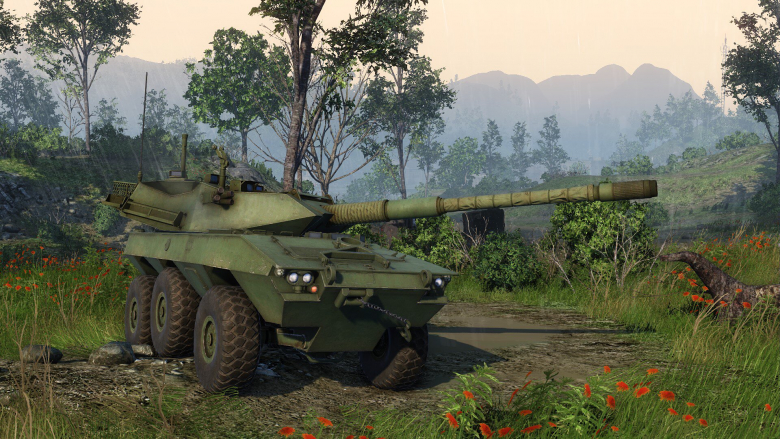 The LAV-600 was anything but expensive, using many parts from the older LAV-300 variant. It was powered by a 275hp Cummins 6CTA 8.3 turbocharged six-cylinder diesel coupled to an Allison fully-automatic transmission (6 gears forward, 1 gear reverse), giving the vehicle a power to weight ratio of 14.86 hp/t and allowing it to go as fast as 100km/h on the road and in light terrain. While its off-road characteristics were inferior to tracked vehicles, they were actually very good for wheeled vehicles thanks to the fact that all six wheels were powered.

But that's not all – the suspension had to be extra durable to withstand the recoil of the modified Royal Ordnance L7A3 105mm cannon with a new muzzle brake and fume ejector. The gun fired standard NATO 105mm ammunition. To manage that, the gun recoil was prolonged allowing the gun to be fired from such a light platform. The gun was also stabilized. The LAV-600 carries 36 rounds of ammunition (8 in the turret, 28 in the hull). Secondary weapons include two 7.62mm machineguns – a coaxial and a roof-mounted one.

The Fire Control System of the vehicle could be customized for the customer, but the basic LAV-600 came with a digital one and a laser rangefinder. The commander and the gunner both had day and night sights. The Stingray turret that the vehicle used was also fitted with smoke grenade launchers.

Other standard equipment was "inherited" from the LAV-300 and included:

Optional items that could be fitted at the customer's request included:

Production was to take place in the New Orleans plant in Louisiana. 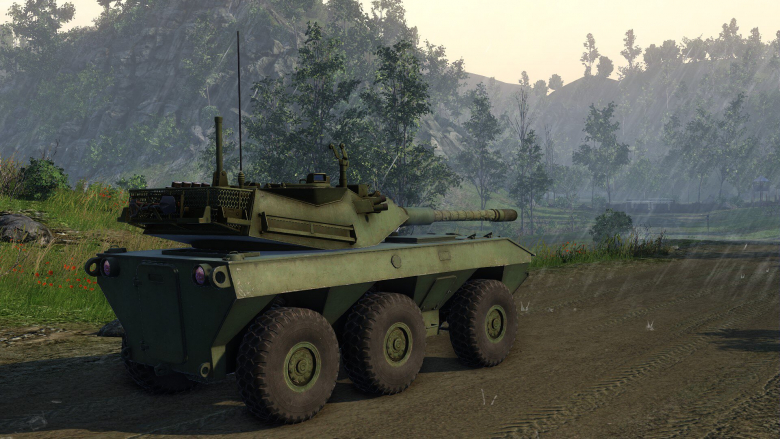 The vehicle underwent numerous trials in Egypt (a potential customer) in 1988. The trials went very well – the platform was stable and accurate. Egypt, however, did not show any interest. Unlike the previous Cadillac Gage products, the LAV-600 did not attract much attention.

The only major deal involved 12 LAV-600 fire support vehicles sold to the Philippines between 1993 and 1994. Upon their arrival, they were successfully used against Moro Islamic Liberation Front terrorists and remain in service to this day. A few allegedly also ended up in Thailand, but few sources actually mention such a deal. 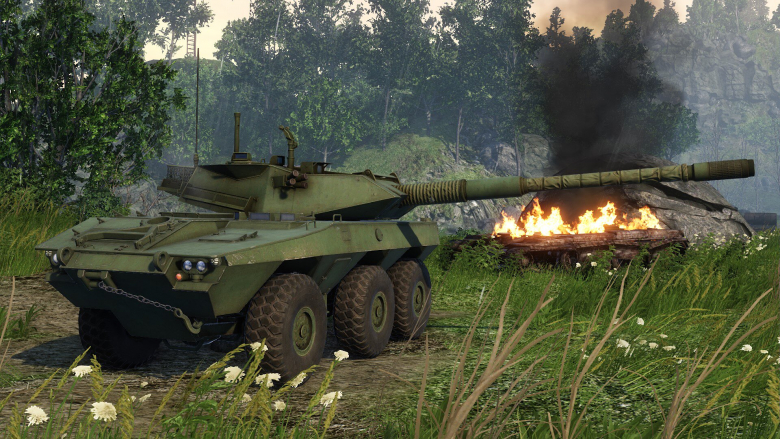 In Armored Warfare, the LAV-600 is a Tier 7 Tank Destroyer. As part of the Balance 2.0 progression changes, its Tier will be reduced to Tier 6 in Update 0.19 "Tanks Reloaded". The Balance 2.0 Compensation Plan will ensure players are compensated for this change.