One of the most important elements in Armored Warfare is a player's ability to upgrade his or her vehicle. Since our existing upgrades are based on real-world upgrades that occurred in the history of a vehicle, however, this leaves little room for player customization. 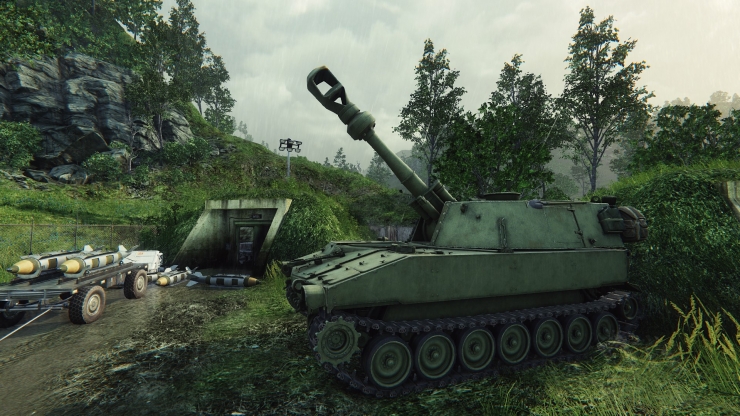 Each vehicle will have a number of Retrofit Slots available. Some of these will be "stock" on the vehicle, and others will be unlocked as part of the vehicle upgrade tree. Vehicles that previously were sparse on upgrades will generally have more Retrofit Slots, since this helps make their progression more similar to other vehicles and helps to balance them against the vehicles with more upgrades.

There are five types of Retrofit Slots. The first four correspond to the four main sections of the upgrade tree - Firepower, Armor, Mobility, and Technology. The fifth type is Universal. Retrofit Slots can only incorporate Retrofit Upgrades of the same type as the slot. Universal slots can use any type of upgrade, however. 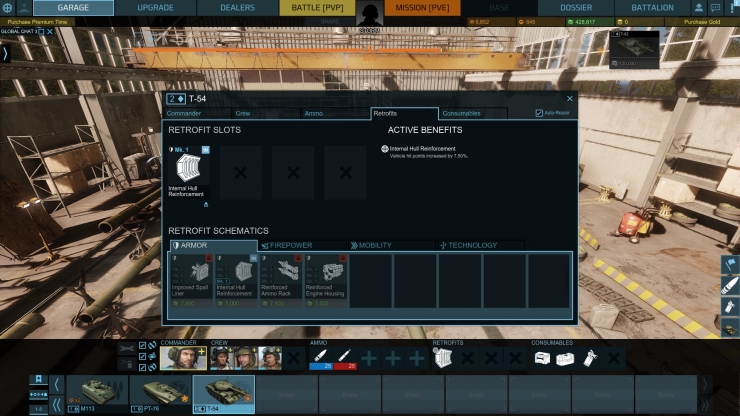 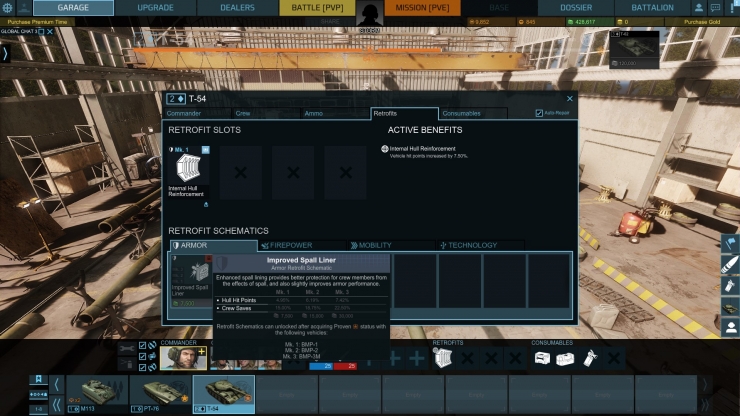 Initially, these Schematics will be unlocked in second half of a vehicle's progression (e.g. the time after the vehicle reaches "Proven" status, but before the vehicle reaches "Renowned" status). Once a Schematic has been unlocked, it can be used to upgrade any vehicle with the appropriate type of slot. For example, if a player unlocked "Experimental Cannon Modifications Mk. II" while playing the T-62, he or she could use that Schematic to upgrade the cannon on the T-64, assuming it had an appropriate slot available (Firepower or Universal).

We feel that the Retrofits System will add a lot of fun customization options to Armored Warfare, as well as additional upgrades that will make our vehicle progression much more rewarding. We're looking forward to deploying this system and seeing player feedback and comments soon.