Welcome to the third issue of the Developer Digest. We have prepared a summary of information for you directly from the developers and producers and from their answers on the forums so you do not miss any crucial new piece of information.

On the upcoming “colorblind” mode:

Some recent changes we've made to the UI code will facilitate a faster implementation of colorblind support than we could have done previously. As such, we've got engineers working on a full implementation. It will allow you to switch between various presets designed and tested to work for various types of color blindness but it will also allow you to edit the pre-set RBG values yourself (via a config file) if you don't care for the colors we picked. The colors that will be changed by the color blind options include: Player, Allies, Enemies, Platoon, Objectives (PvE), Teamkillers. And again, you will be able to edit the preset colors via a config file if you would like to set them to something other than the sets we created. 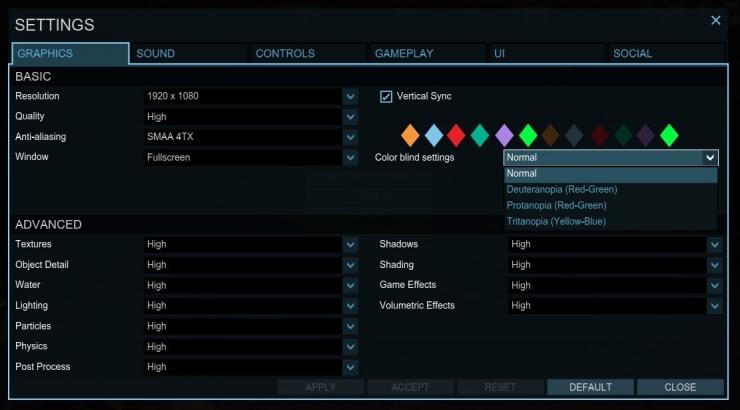 Regarding the programming of the chat key:

That's a good point about the chat key. I'll bring that up internally. It might have just been missed in the keybinding pass.

On the disappearance of silhouettes of enemy vehicles:

We're still investigating the outlines issue and we know that it seems to be appearing more often in PVE. I wish we had it fixed already too, but it's proving to be a tricky bug to pin down.

Regarding the idea about the tanks getting progressively dirtier by passing through mud:

Having the vehicles get progressively more dirty with the environments they're driven through has been a pet feature of mine since the very first week of the project. Unfortunately, we just haven't been able to get it in yet. We do have a lot of the technology in place for it right now, it's just a matter of connecting it all together and unfortunately other more critical items are taking priority. But I'm not going to let it go! Generally, every additional graphics feature we introduce will have an impact on performance. But it'd be something you could enable independent of your graphics setting under the 'Advanced Settings'. At least, that's how I imagine it working right now. We'd have to see when we get time to work on the full feature.

Regarding the PvE mode rewards:

We are making adjustments to the PVE match rewards. There were some bugs, but we've also decided to cut Ammo Resupply costs and Vehicle Repair costs from PVE altogether. This will undoubtedly require some additional adjustments as we work on getting the PVE rewards in line with their design, but simply removing those costs for now is the next step in the process.

Regarding some vehicles having too high damage per shot values:

We're actively working on solutions to this. The T-80 and T-90's alpha damage have been reduced internally (and they've been given slightly faster rates of fire to compensate for the alpha damage decreases). We're also discussing several options for more global solutions, such as increasing the HP of lower HP value vehicles (e.g. AFVs), compacting the HP and damage differences between tiers, etc. There are several possible ways we could end up addressing this and it's one of the highest priority items on the agenda for the balance designers to resolve.

It’s a good question, but from our perspective there is no reason to restrict any conversation about the other product as it only leads to this censorship actually draws more attention and leads to community resentment. We are fine with any constructive comments about any product, especially if it leads to making a better game. As SideStrafe pointed out in one of his recent videos "Competition breeds excellence" and we concur. While I also agree we are in the same genre, there is enough room for both products to be quite successful. The games cover different time periods and each has room for dedicated fans, or even shared fans. 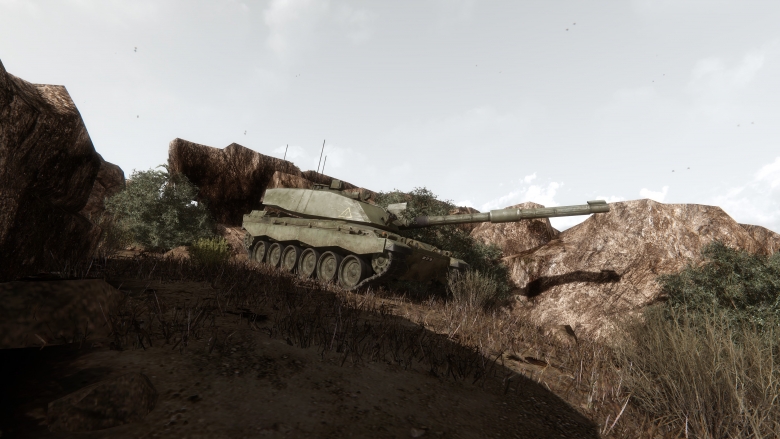 Storm was recently quoted (accurately, I hope) that players don't stay for graphics but gameplay and this is an obvious testament to the good core gameplay of World of Tanks. He also correctly identified that we are still facing "serious issues" during our early access/beta phase that must be corrected to gain and maintain a new audience. I am confident that we will work out these issues and hope that World of Tanks can do the same so that they maintain their audience. To be honest there is no reason for Armored Warfare to target current World of Tank users, as there are FAR more EX-WOT players to introduce to the Armored Warfare that, for whatever reason, no longer play that game. Either way, both games will be better products over time and that can only be a benefit for the genre and the free to play industry as a whole. So this is why we don't mind anyone mentioning the "other game".