There are several big features still coming in the American Dream season – apart from the much-discussed Mechanized Infantry feature, we will be also focusing on Battalion content. Earlier this year, we’ve unveiled the planned improvements, which include the Recruitment and Search system as well as a brand new top reward for Battalion Contract Missions, the Shadow RST-V Tier 10 AFV.

However, there’s one feature we haven’t show you yet in detail – the Item Trading System. Let’s take a look at it together.

The feature name itself is, for the most part, pretty self-explanatory – Battalion members will be able to trade things between each other. The trade can be initiated in your Inventory in the Goods tab. The tradable items will have a new icon next to them.

Pressing the icon will show a new window with your Battalion’s members. Select the receiving member – and that’s it. He or she will receive it with a notification.

As you can imagine, this system represents a major change to the in-game economy, which is why, in its release iteration, there will be only one tradable item – RST-V Shadow blueprints. 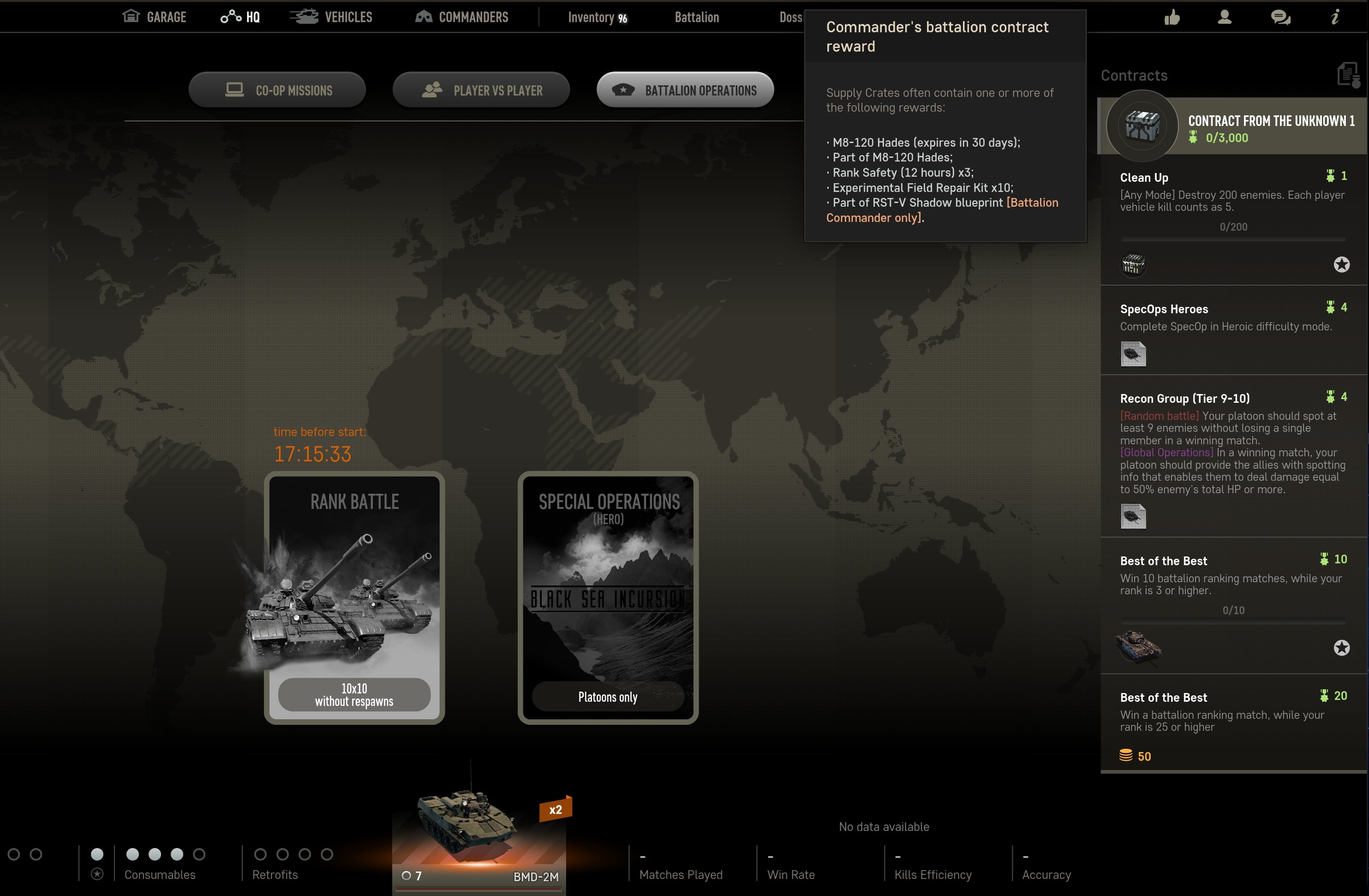 Why did we choose that item in particular, you might ask? Well, apart from it being new by itself, there’s the way the RST-V Shadow blueprints will be distributed. Upon completing a Battalion contract, the Battalion leader (and only him) will be given a crate with 100 RST-V blueprints – one complete vehicle.

How the leader then distributes these blueprints amongst the Battalion members depends entirely on his or her judgment. Players might be familiar with this system from other MMO games, especially World of Warcraft, where it’s commonly known as the “Master Looter” system.

This is, of course, only just the beginning of a long journey. For the future, we have plans to make all sorts of items tradable within your Battalions, including:

And perhaps even more. It’s a thing we want to introduce gradually, over time, to make sure we get everything right.

We hope you’ll like this feature and will see you on the battlefield!