Menu
Play now
When it comes to modern armored vehicle designations, most people will simply use the word "tank" for pretty much anything that has tracks and a big gun. Those interested in military matters will often call any type of tank they encounter in the news, books or movies a "main battle tank". As a result, when someone refers to, for example, the T-64 as a medium tank, it can cause surprised reactions. The history of tank designation is quite convoluted and depends heavily on which countries are referring to a particular machine. To find out exactly how chaotic vehicle designation can be, we have to go way back before the Second World War when the entire designation conundrum started.

Tank designation chaos is not exclusive to modern times – in fact, if anything, the appearance of the main battle tank term made things much easier all round. Generally speaking, before and partially during WW2, tanks were designated depending on:

The purpose designation is easy enough – most common was the difference between infantry tanks and cavalry tanks depending on which branch the tanks were supposed to support. Typically, infantry tanks were to act as mobile pillboxes. They were heavier and slower (you do not need much speed when you are purpose is to provide cover for soldiers walking or running). Cavalry tanks were generally lighter and faster in order to keep up with cavalry formations. However, the correlation between weight and purpose is not always present – when talking about infantry tanks, most people imagine lumbering beasts such as the Churchill, but there are numerous exceptions to this rule. In 1934, the Czechoslovak army adopted a program that split the category II tanks (light tanks) into several subcategories depending on their purpose, specifically IIa (cavalry tanks) and IIb (infantry tanks). The infantry tank category requirements were not very different from those of cavalry ones and the vehicles proposed for both categories were quite identical to one another (light, relatively mobile tanks).

The weight designation was present in many countries as a means to differentiate between tanks, even though it was generally combined with their purpose. This category is not nearly as common as most people think – tanks that are generally defined as "heavy" tanks (for example the Tiger) were also put into that category based on their purpose on the battlefield (in this case specialized breakthrough tanks). On the other hand, some quite heavy tanks (the Panther) ended up in the "medium" category because they were not core-level vehicles (though the Soviets considered the Panther – in Russian terminology the T-5 – a heavy tank). The fact that a breakthrough tank is called "heavy" is relatively irrelevant if the purpose is indeed the main definition of the category. There are cases where weight alone could push a vehicle into the "heavy" category, regardless of purpose, but that is rare – one such example is Italy where in some cases the vehicles appear in the heavy category based on their weight alone (the Panther was a heavy tank in Italian nomenclature). 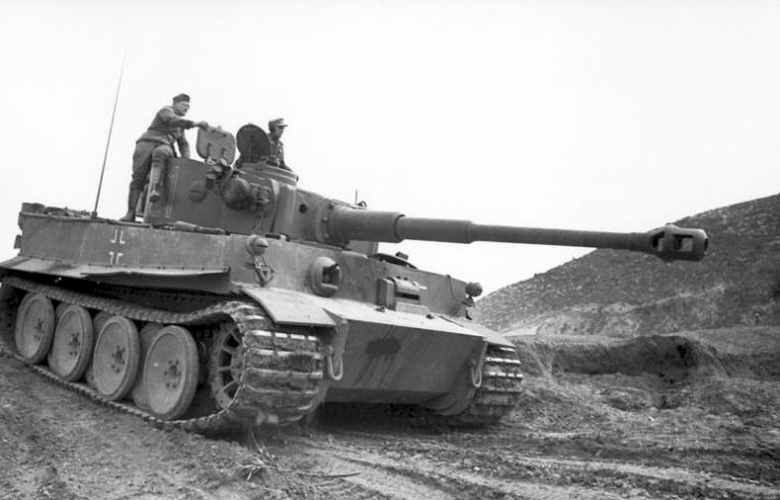 The other designation criteria include various less common ways of defining tank categories. As an example: the Hungarians classified their tanks based on gun caliber. This led to some very strange classifications – vehicles with guns of 75mm and above were always "heavy" regardless of their actual firepower, for example the 25 ton Panzer IV was in the same category as the 54 ton Tiger. Another strange issue was the Italian classification of tanks by their armament, weight and purpose – in certain Italian documents the Fiat 3000 tank (commonly known as a light tank) is classified as a light tank, a medium tank and a heavy tank, depending on which document you look at.

Please note that these are just examples, more countries used the combined "heavy/medium" designation and sometimes the designation of the tank even changed during its lifespan (the M26 Pershing started out as a heavy tank only to be reclassified to medium soon after the war).

Overall, tank designation was not unified, it was very chaotic and ambiguous but several things are mostly clear:

While at first glance it would seem that the pre-war and wartime designation chaos was replace by the unified order of the Main Battle Tank designation, it is not that simple. As was pointed out above, medium tanks evolved gradually into the main battle tank concept (the term "main battle tank" was used from 1957 onwards).

The Americans got rid of the light/medium/heavy tank designation relatively quickly and continued to refer to their tanks based on gun caliber (for example: 105 mm Gun Full Tracked Combat Tank M60) while the British moved towards the concept of the "Universal tank". Of course not everything is as simple as it may seem. Let's have a look at the Russian system to demonstrate the complexity and the chaos behind the designations.

Unlike the western world, the Russians held on to the medium/heavy designation for a very long time. Despite the fact that the T-54/55 series is even today used as a regular battle tank, in Soviet terminology these tanks were medium tanks (there is a general tendency to call any post-war tank a main battle tank – in this case it is incorrect). But now it gets more interesting.

According to their official technical descriptions the T-64 is a medium tank (средний танк - sredny tank) but the T-64A is a main battle tank (oсновной боевой танк - osnovnoy boevoy tank). But what about the T-72? Mikhail Baryatinsky, a renowned Russian author, refers to it as a main battle tank but the official description of the T-72 clearly defines it as a medium tank (page 19) – this is even stranger in the context of the T-72 being more related to the T-64A rather than the original T-64 (and the T-64A is already a main battle tank). The Soviet Ministry of Defense also refers to the T-72 as a medium tank in its orders (see: Пр. МО СССР 1973 г. №0148 "О принятии на вооружение СА нового среднего танка Т-72" - Order of the Minstry of Defense of USSR 1973 №0148 On accepting the new T-72 medium tank in service), but in later orders the tank class disappears and the T-80, for example, is referred to as just a "tank". 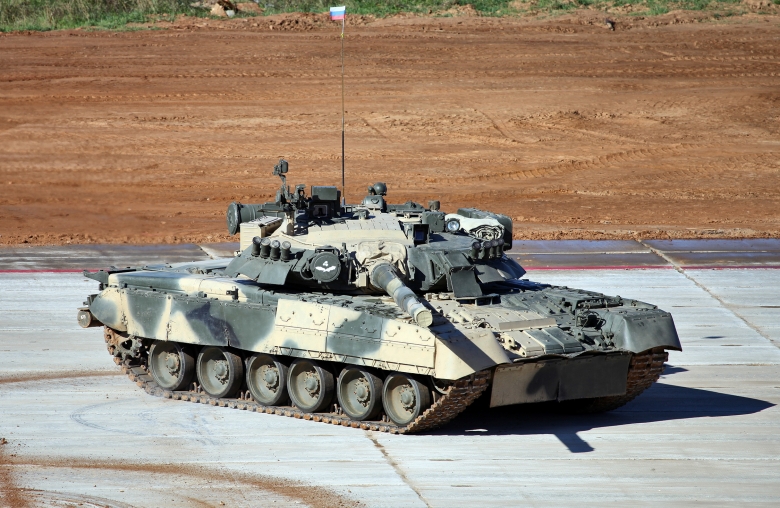 The T-80 is even more entertaining – the manual refers to it (specifically the T-80B) as a "main battle tank" (so does Baryatinsky) but Steven Zaloga refers to it, in his book from 2009, as a medium tank. The medium designation was not chosen randomly either – the original initiative to replace the T-64 and T-72 tanks was called "NST" – an abbreviation in Russian for "New Medium Tank".

The T-90 is already a pure MBT but what is actually really interesting is the Armata – in the original pictures released by the Russian Ministry of Defense, the Russians refer to it as "medium tank on an Armata platform" – which is quite confusing and can be interpreted as a "medium tank" as per Russian doctrine or as "the medium variant" of the tank (with the heavy variant being the proposed Armata with a 152mm cannon). The producer refers to the Armata just as a "tank".

While we tend to use the words "main battle tank" to describe everything, sometimes alternative designations are available and in some specific cases the use of the "MBT" term is simply incorrect. Sometimes, even primary sources are inconsistent and the best we can do is classifying the vehicle based on the role it should play on the battlefield and leave it there.