They landed after sunset. The blaze of the Egyptian sun in July gave way to the stifling, humid heat. Below them, Cairo sparkled like a million jewels scattered across the land – the cradle of many civilizations shining undiminished into the night.

The journey, to their surprise, was completely uneventful. There were few organized air forces left operational in the world and they did not stray eastward enough to provoke the anger of one of the last nations left standing in the region – Israel. Nobody was foolish enough to mess with the Israelis, an unwritten rule of the mercenary and corporate world.

Egypt too, still formally existed as a sovereign nation, but the droughts and subsequent famine of the early 2030s made it nearly completely dependent on food imports, for which the once proud country was forced to pay with land, freedoms and produce. Even now, Cairo was the seat of several large north-African corporation branches, the chief amongst them being Suez Incorporated, one of the major Clayburn Industries trade partners.

Seagrove sighed at the thought. If Clayburn hadn’t known that they escaped him from Istanbul, he surely knew by now.

In the end, Ibrahim came through and managed to convince the leader of the Black Eagles, the company that owned a number of C-17 planes, to carry them across the sea, but the price was steep and left the already struggling Seahawks with dangerously low reserves. Food and fuel were to be had in Cairo, but one must have Credits for that and Credits were one thing that the Seahawks currently lacked.

To solve the unfavorable situation, an equally difficult decision was made by Adrian Blackwood to ditch the unit’s remaining Leopards tanks and all support vehicles. A considerable portion of Seahawk men chose to remain in Istanbul as free mercenaries and with the Seahawk strength reduced to less than 300 men, there was nobody to operate that many trucks and combat vehicles anyway. The Leopard 2 tanks bore the brunt of the battle during the escape from the Balkans and were worn out with little prospect of finding the needed amount of spare parts south or west of Europe.

The American vehicles, however, were still in use in northern Africa after the massive sales of the late 2010s before the economic collapse in the region. The plan, therefore, was to take the Stryker fire support vehicles, Bradleys, and the Abrams tanks to Cairo with the hope of purchasing spare parts, trucks, and supplies after the whole operation.

They realized the plan failed after the planes had landed under the cover of the night only to be immediately attacked on the ground by the Cairo airport security – the same security Ibrahim had assured them could be bribed to look away while the whole unit mustered and headed out. They must want them really badly, Seagrove thought grimly. The trap was well-prepared too – the C-17s had to make several trips to haul the entire unit across the sea and the security forces, bolstered with several heavy vehicles, waited until everyone was on the ground. Luckily for the Seahawks, the level of training the security forces had was far below their own and the assault was repelled, although not without losses.

The C-17 pilots immediately bolted – in fact not a single shot was fired at them during their take-off. Perhaps this whole thing was a complicated set-up by Clayburn? Or perhaps Ibrahim had double-crossed them? After all, staying in Istanbul as a designated corporate enemy was not good for business, or health. Seagrove shook his head as he watched the men and women huddled around a table in one of the airport hangars. The wrecks of the security force vehicles were smoldering outside and the bodies of the men were being piled up by the bloodied and dirty Seahawks. Everyone around the table bore some kind of light wound, a testament of the battle’s ferocity. Blackwood, seemingly unfazed by the whole ordeal, just started to explain the next phase of the operations. Numb from the tiredness, Seagrove forced himself to focus.

“....and after this warm welcome, we can’t stay in Cairo for long. We’re leaving a few men under the command of commander Sokolov,” he nodded at the man next to him who had the same air of calmness as him, “to gather as many supplies as we can and get the lay of the land. The rest of us will head out east. The tanks won’t last long in the sand, don’t push them too hard. “

The others nodded, but Kathryn Grey asked what seemed to have been on everyone’s mind.

“What about the supplies? We need more water, food, fuel, everything. Even if we make it to the El Arish, we don’t even know who’s currently there.”

“First things first. Our friends,” he raised his eyebrows and everyone chuckled a bit, “provided us with some trucks.”

He looked around and continued.

“This airport hasn’t been used for civilian traffic since the early 2030s. Those who fly from here or to here can...,” he smiled, “spare things. Things they can afford and we need. Feel free to look around and take them. It’s not like they can do any worse than fire at us again.”

Everyone laughed at the remark and Seagrove once again found himself admiring Blackwood’s rhetorical skills. In another age, he would have made an incredible politician, he thought.

“Now comes the hard part. Me and the bulk of the armor will go east immediately and we’ll take the base. Ibrahim’s people scouted it out – so he said and I trust him. There is one cargo ship still operational there. Suez Incorporated is repairing it and we’ll kindly relieve them of the burden of having to maintain it. We’ll take it, load whatever we can and head west towards the United States. Nobody will stop us.”

The people around were too tired to question his certainty, but Seagrove could see the doubts in their eyes. Blackwood continued.

“Joshua, Kathryn, your task will be to scour the desert. Fyodor will provide you with a map of local camps and settlements. Take some of the Credits we have left and try to negotiate with them for supplies. “

“If they don’t sell, take it. Failure is not an option. Do I make myself clear?”

Seagrove watched Grey salute and leave towards her men and women with a grim expression on her face which made him feel uneasy. The rest of the group was now dispersing and he had to jog to catch up with Blackwood and Sokolov who were discussing their steps in Cairo.

“About the supply run. We can’t just take food from these people.”

The more he spoke, the more he was convinced of being right. Blackwood could see it in his face and sighed, waving at Sokolov to continue without him. Both men stopped at the hangar door, Blackwood leaning against the warm metal, watching the bustle outside while Seagrove feverishly explained, his previous tiredness gone.

“Sokolov said that Sinai is controlled by rogue mercs. I get it. But we can’t just leave them all to starve. They have families there. Every barrel of fuel we take, every well we pump dry, it all means one more dead. Is this what we are reduced to? If so, we might as well have stayed with Clayburn.”

He ended up almost shouting, but Blackwood seemed to pay no heed. When Seagrove was finally done, Blackwood responded, calmly, only with a slight frown on his face.

“Joshua, listen to me. This is about these men and women that bled with us these past months. They all want freedom from Clayburn, from the endless slaughter. We take the supplies, we take the base, we take a ship and we’re off. No more killing. We’re not monsters. We don’t do this out of spite or greed. We do what we have to survive.”

He leaned towards Seagrove and looked him straight in the eyes.

“How do you even know that this plan will work? It seems like an awful stretch. ”

Blackwood reached out and patted him on his shoulder.

Somehow, Seagrove felt it would be nowhere near as easy as that.

Welcome to Episode 2 of the Storyline Campaign, continuing the story of the Seahawks and their flight from the Clayburn Corporation.

From July 20 to August 19 2017, players will have the opportunity to finish Episode 2 of the storyline campaign by completing one of three different objectives.

Each objective has its own set of rewards. Only one of these objectives has to be completed to obtain the “Episode 2 finished” status. Completing all three objectives will, however, reward players with the ultimate prize of the episode – the otherwise unobtainable Tier 9 Centauro 120 WOLF Tank Destroyer!

Continue the fight to obtain the ultimate Season 1 reward – a unique high-Tier vehicle! 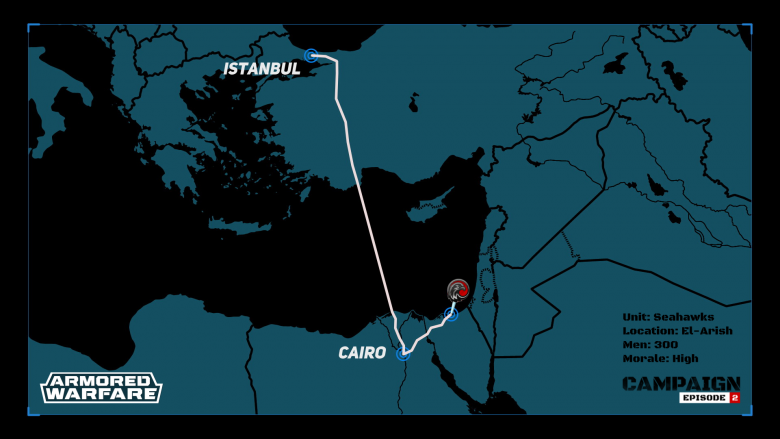 Kathryn Grey and Joshua Seagrove were tasked with finding enough resources for the Seahawks to make the trip. In Objective 1, players join either Joshua Seagrove or Kathryn Grey in their endeavor. Both of them represent different approaches to the task. 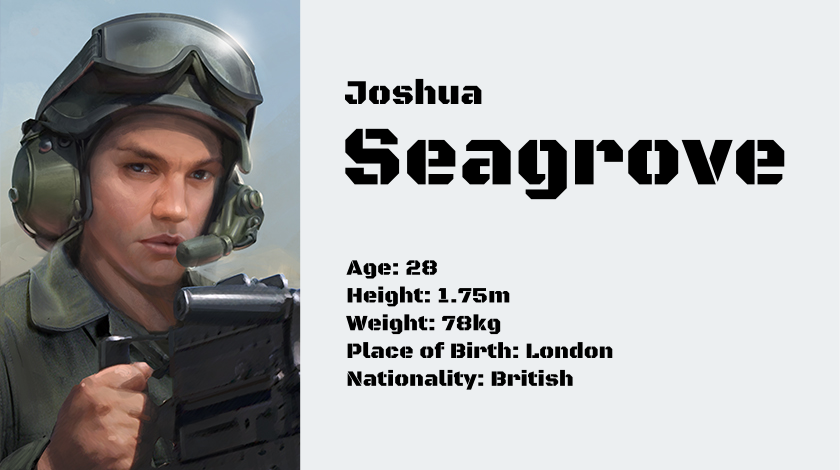 Joshua Seagrove wants to obtain the resources by trade, using minimum force necessary. This approach, while resulting in fewer resources gathered, will not upset the balance of the region. Enemy mercenaries of the Suez Peninsula will not unite against the Seahawk threat. For more information about Joshua Seagrove, his motivations and attitude, visit our dedicated article. 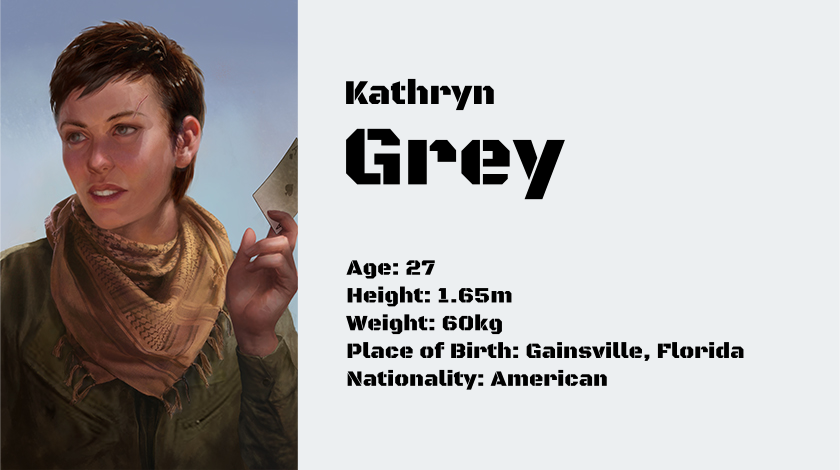 Kathryn Grey wants to obtain the resources by any means necessary, including violence. This approach will result in more gathered resources but at significant risk of uniting the region against the Seahawks. For more information about Kathryn Grey, her motivations and attitude, visit our dedicated article. 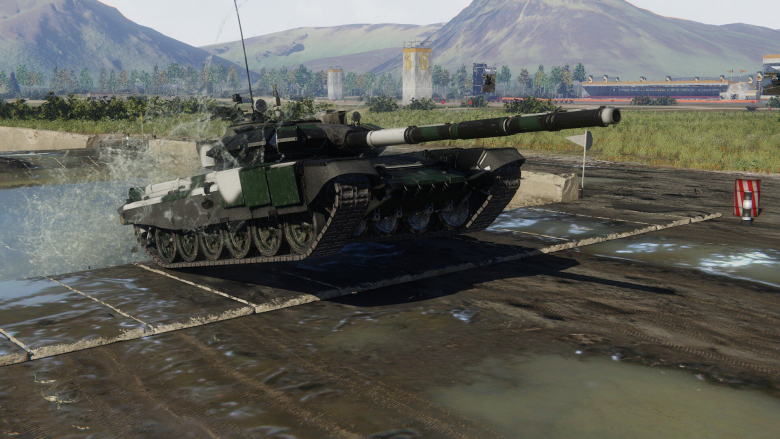 The players have the opportunity to impact the course of the Storyline Campaign in a major way. The faction result ratio of Objective 1 will influence the position of both commanders as well as their results.

For more information about this objective, please see the Rules part of this article.

Objective 2 – Assaulting the Base (Global Operations)

Adrian Blackwood is taking the bulk of the Seahawk forces to assault the El Arish base, currently defended by the Suez Incorporated forces.

Each Objective 2 battle will be rewarded based on the highest Tier of vehicle owned by the respective player: 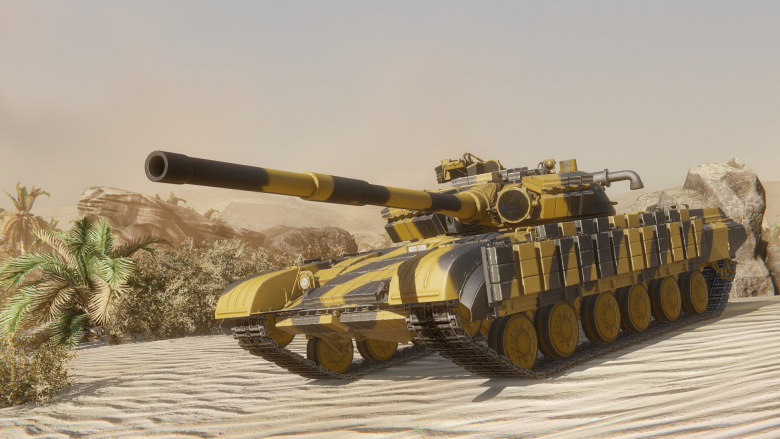 At least 30 percent of Episode 2 participants must complete this objective for the Seahawks not to take any losses.

For more information about this objective, please see the Rules part of this article.

Suez Incorporated, no doubt under the influence of Clayburn Industries, has sent a task force to eliminate the fleeing Seahawks. This task force must be repelled at all cost. A rear-guard unit was set up to ambush the assailants. How successful will they be is up to you!

Players who achieve Episode 2 Completed in all three categories:

Will receive a special reward: B1 Centauro 120 Wolf Tier 9 Premium Tank Destroyer (the only Tier 9 Premium vehicle in the game) as well as the Episode 1 Completed status! 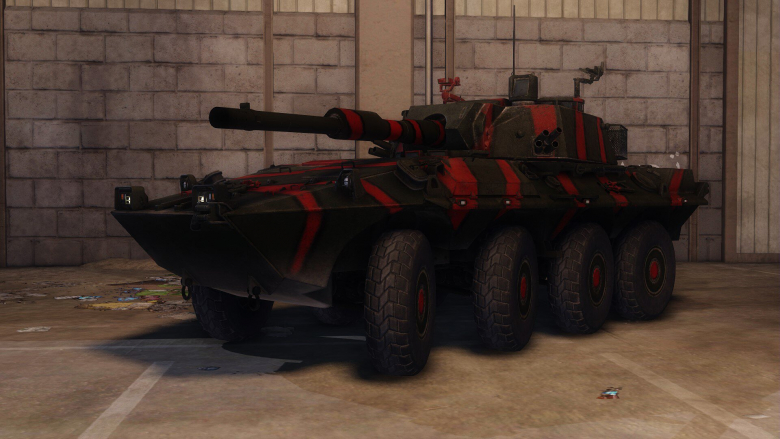