In Update 0.27, we’ve prepared two real-life camouflages inspired by for you to enjoy – the Berlin Brigade camouflage and the Uralvagonzavod camouflage pattern, both available for all environments. 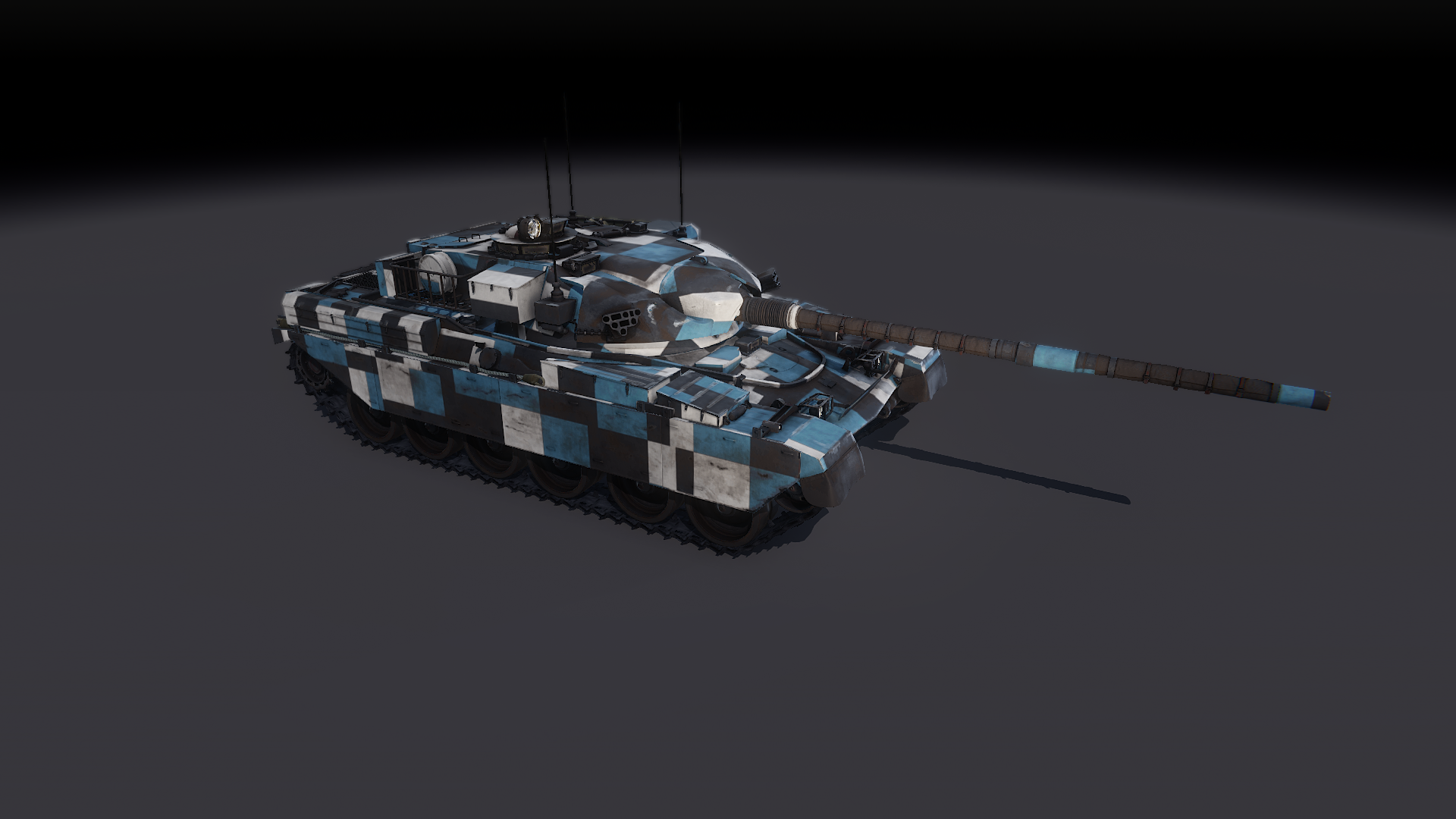 The British Berlin Brigade urban camouflage consisted of white, blue and grey rectangles. It was used by the C Squadron of the 14th/20th King’s Hussars regiment that operated eighteen Chieftain tanks. This unit, along with some three thousand British soldiers, was deployed in West Berlin for most of the Cold War, from 1953 to 1994, when it was officially disbanded following the unification of Germany. Its camouflage is one of the most widely recognized post-war camouflage patterns. 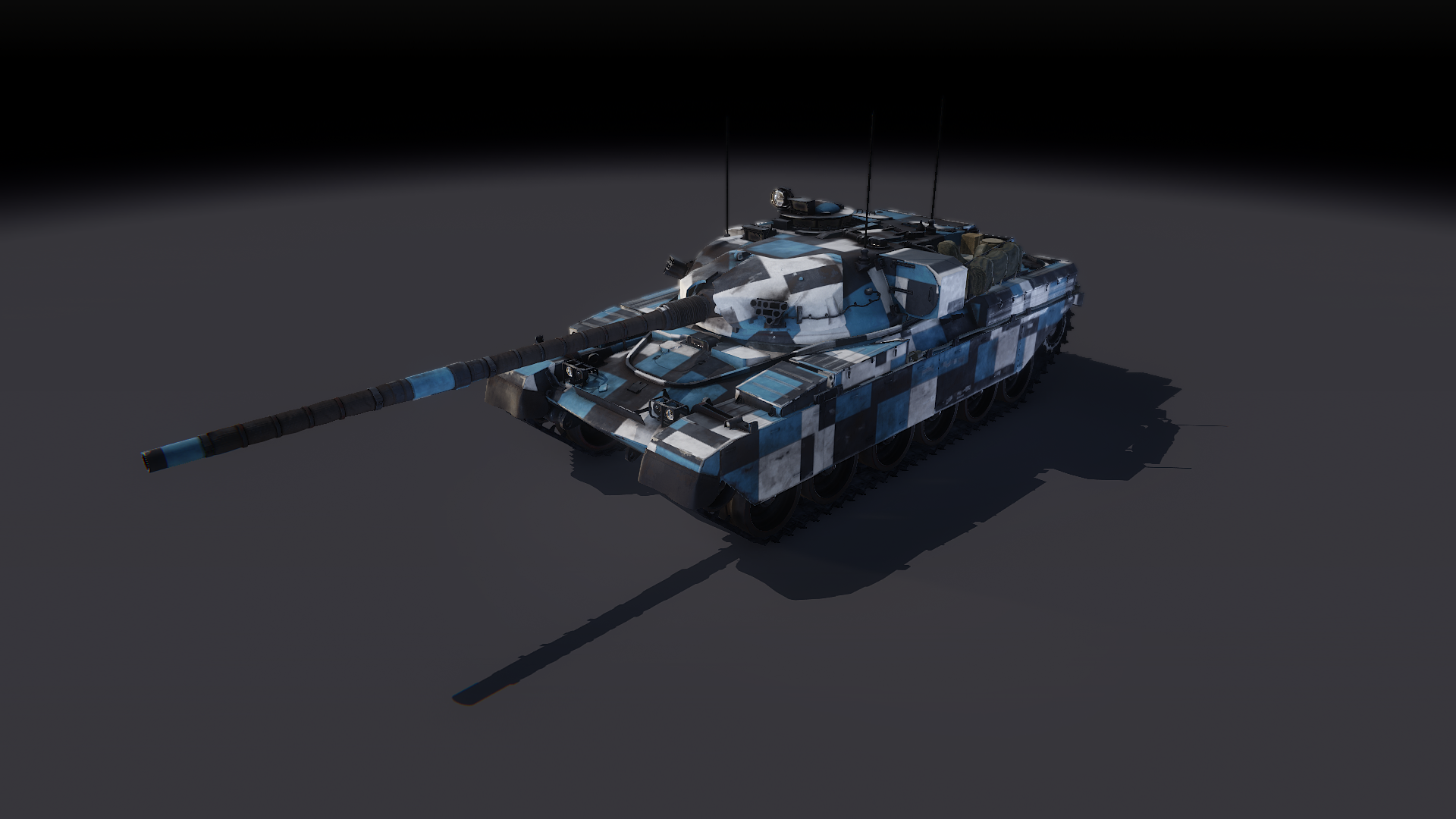 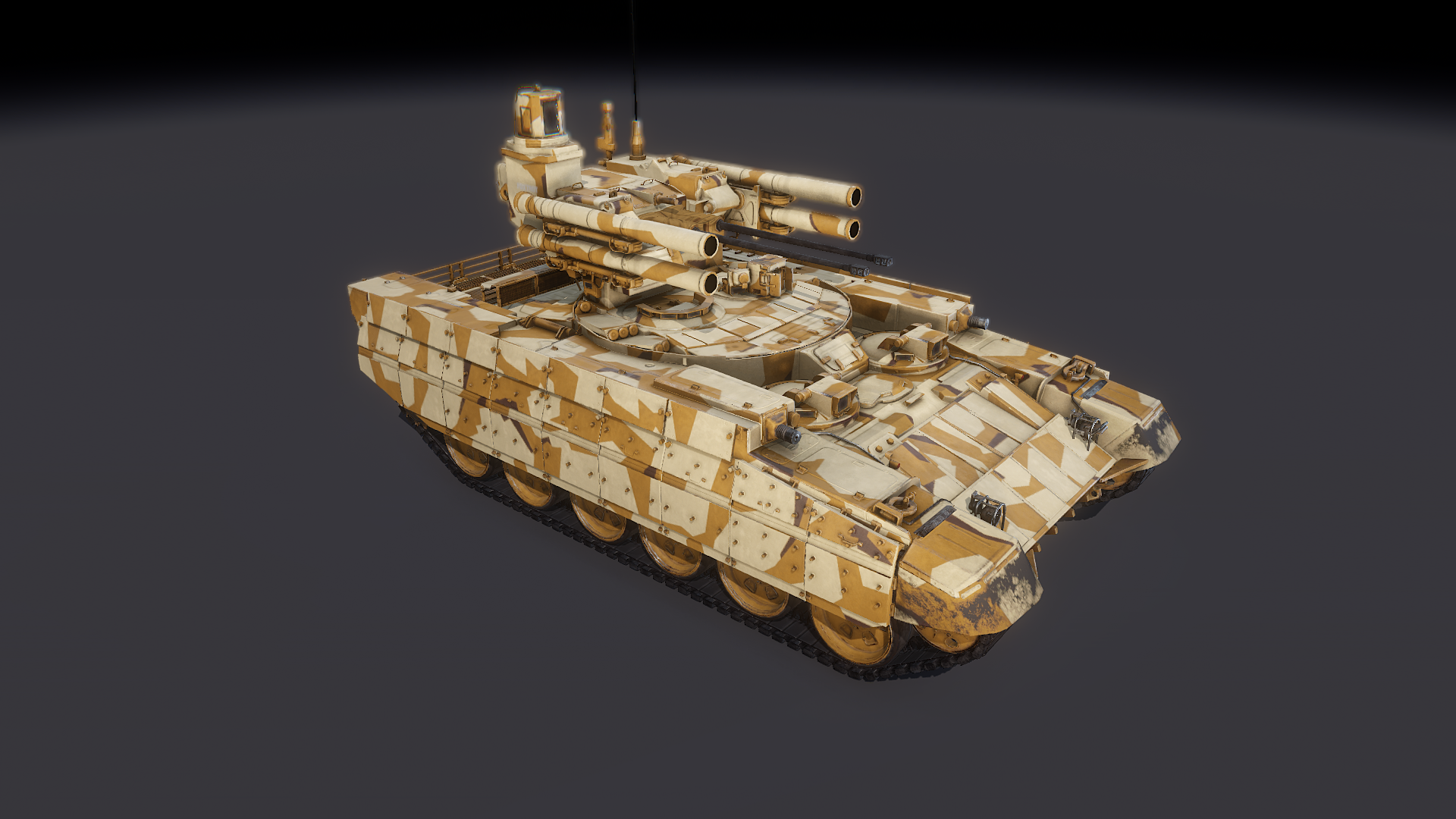 The Uralvagonzavod camouflage is, on the other hand, a modern pattern, used on promotion vehicles designed for export. It’s not really an actual military camouflage, more like something the mercs might have gotten their hands on from a looted UVZ plant in Russia. It consists of ochre, brown and black sharp rectangular shapes, laid out in a flashy pattern, designed to impress any potential customers rather than to conceal the vehicle. 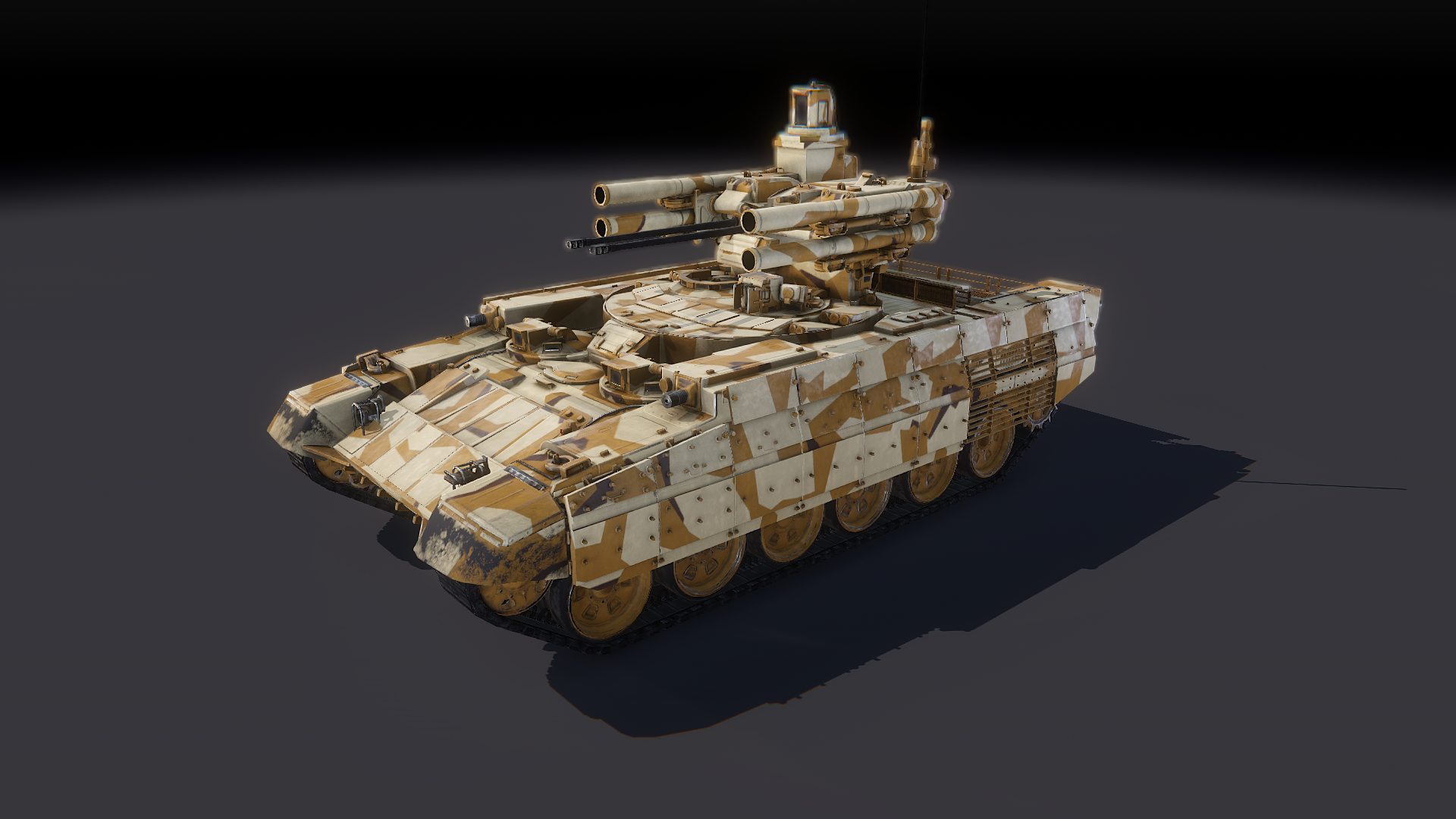 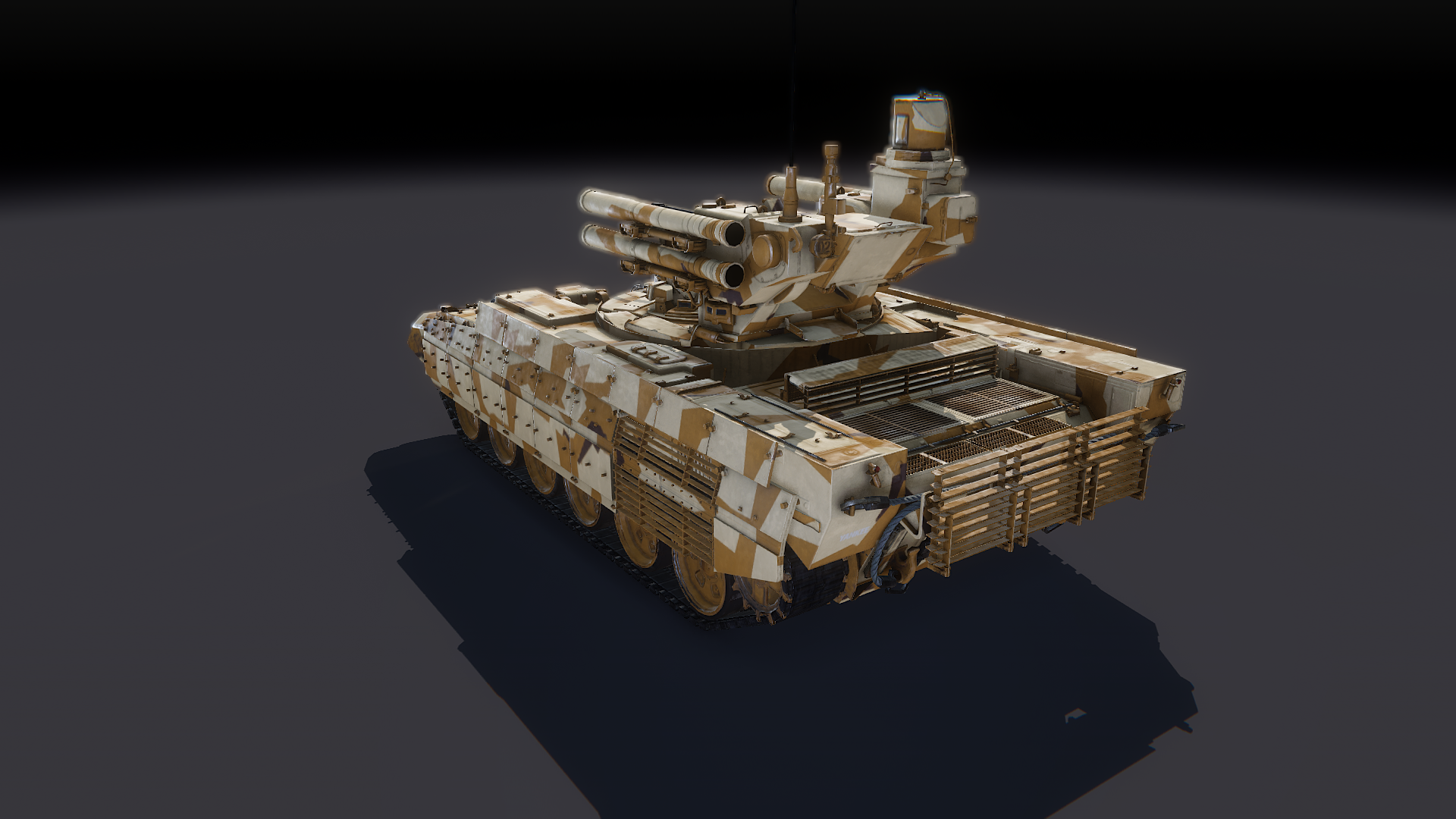 Both these camouflages belong to a category called silhouette breakers. Most people are familiar with the concept of blending in with environment. Such camouflages work best in a forest or other such visually diverse areas and typically have organic (rounded) shapes, reminiscent of leaves and branches. Silhouette breakers work, however, a bit differently. One of the amazing traits of human mind is the ability to recognize patterns and shapes at a glance. Human silhouette, human face... all these familiar things have a shape that we instinctively notice at first glance.

So it is, to a degree, with large military objects such as tanks and ships. It was discovered long ago that breaking the silhouette by painting lines or other shapes on a tank makes it harder to spot it immediately. In a battle, every split second can mean the difference between life and death.

As for the ways of obtaining these camouflages, we will unveil them in the near future.