Summer’s almost here and Armored Warfare events with it! Put on your sunscreen and shades because they’re going to be hot! 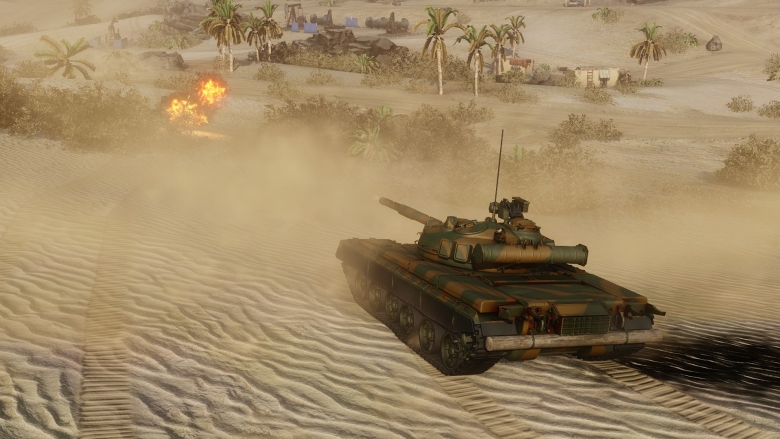 The first stage of Summer Heat will take place from the 14th of June to the 3rd of July. It will be split into three rounds, each lasting a week:

During each round, the 5 top players for each vehicle Class, Tier and Server (both servers counted separately, Tier 1 and Tier 2 vehicles are excluded) will be rewarded with 7 days of 50% boost to Credit and Reputation income. The top players are determined by the average amount of Reputation obtained from a player’s best (in terms of base Reputation income) 10 PvP or PvE battles played during each round. In order to qualify and be ranked in a Top 5 place, players must play at least 10 PvP or PvE battles as the corresponding class/tier.

Please note that in order to be eligible for this event, players need to play at least 10 PvP or PvE battles during each round.

But that’s not all!

Each player who plays at least 10 PvP or PvE battles in a single class/tier combination during a single Round receives 2 days of 20% boost to Credit and Reputation income. This can only be earned once per round.

Do you have what it takes to withstand the heat? Time to find out!

The second stage of Summer Heat will take place from the 18th of June to the 10th of July and will take place only on weekends. During each Hot Weekend, players will be able to complete three objectives in order to earn great rewards!

These three Objectives are as follows:

The total amount of Gold that can be obtained during the Hot Weekends event is 1500 Gold. This event will take place on the following weekends:

We hope you enjoy these events and we’ll see you on the battlefield!

Summer Heat continues with Round 2 of the Real Heat event where players compete to be the best - find out who the winners of Round 1 are!