Our last developer interview was with the guys who are responsible for bringing you Armored Warfare vehicles. This time, we’ll be asking the lead developer responsible for creating in-game maps – Andrey Gorchakov!

How much time does it take to create an Armored Warfare map from scratch and which phase takes the most time?

One PvP map takes roughly 6 months to create. But there were exceptions – the Grassy Fields (Pleternica) map took roughly 4 months and the Moscow map took over 9 months. So, as you can see, it can vary a lot. It’s also hard to say which phase is the most difficult one – it really depends on the layout of the map. For example, creating a city map is an order of magnitude more difficult than creating an open terrain map. But, generally speaking, the final phases take the most time – polishing, gameplay testing and bug fixing. That’s when most people work on the map at the same time since you need to bring a lot of elements together while making sure none of them breaks it. At other times, when fixing bugs, you have to be really careful as moving one stone may break the entire gameplay area. These small things are very time consuming.

Can you tell us how many people work on a single map, excluding the play testers?

Hard to say – it can be a lot as almost the entire team is involved in testing the map at one point or another. But when it comes to the core work, between 7 and 15 people are involved in the production of a single map.

How hard is it to optimize maps for acceptable graphics performance?

Pretty much each map is unique so there’s no one trick to optimizing all of them. Each of them requires a different touch. We identify the most problematic spots when it comes to FPS drops. Sometimes this involves foliage, sometimes it involves building geometry and destructible objects. A part of the optimization process happens very early on when we determine where you can see from which zone of the map. Optimization can be a difficult process as we initially make the map as complex in scope as possible and then remove things to achieve the optimal performance. The hardest decisions are between optimization and visual quality of the maps – for example, having to choose between reducing the visual quality of water and removing some foliage to compensate for the FPS loss. 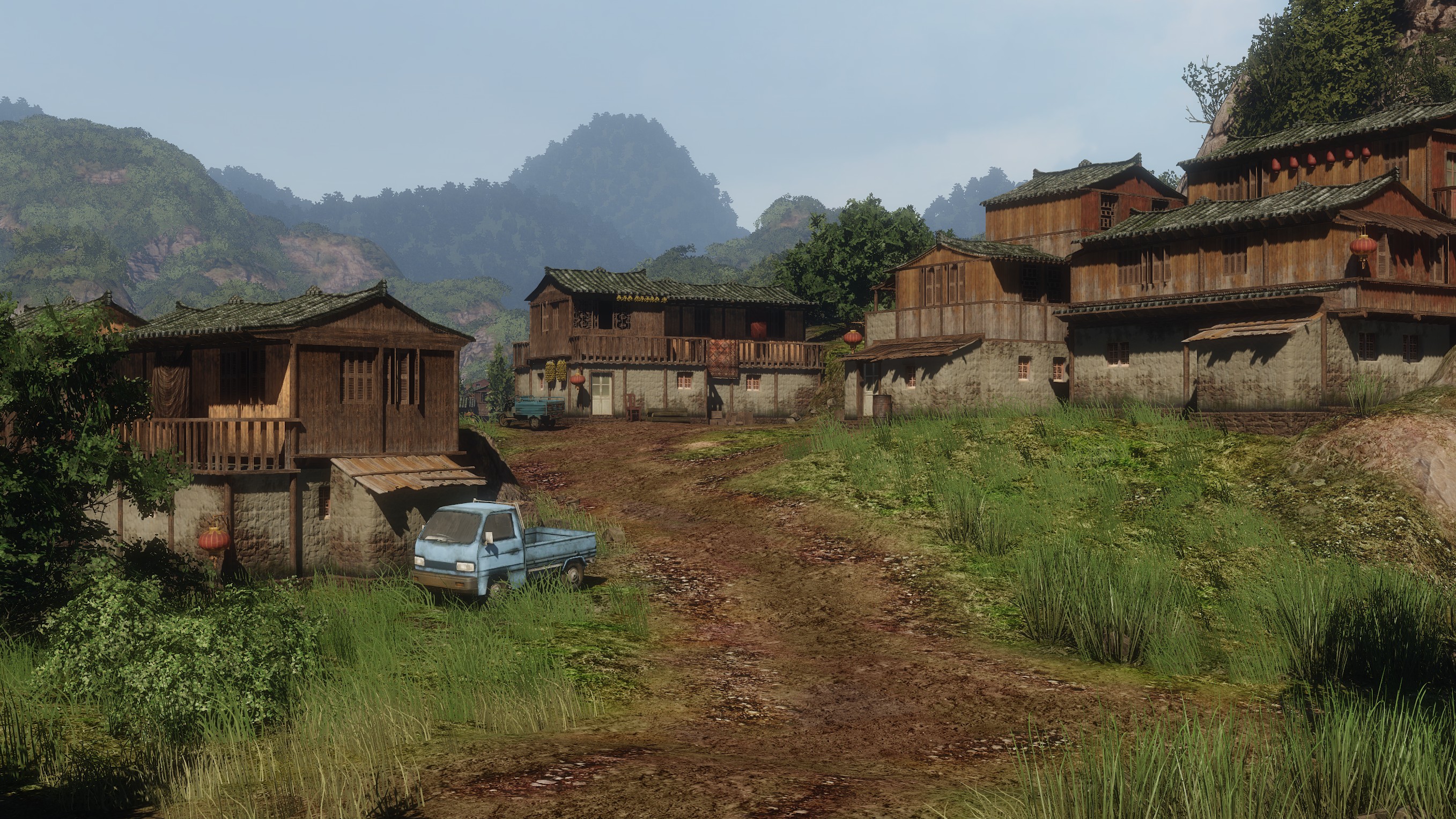 Which phase of map creation is the most interesting? Is it creating the basic layout, setting the lighting or decorating the map with objects?

The initial phase of actually coming up with a map concept and creating a terrain layout is probably the most creative and interesting one – you start with a clean slate that you need to fill. However, this is also one of the most complicated phases as there’s little room for error when it comes to such baseline decisions. When the foundation is wrong, there’s bound to be trouble during the later stages of production. Setting up objects and decorating the map is mostly a routine but before you get to it, you have to determine the purpose and layout of specific areas, which is also an interesting task. And, last but not least, it’s always great to see the final result after hours of exhausting work.

When you are creating a map based on a real location, what’s more important – to make it look accurate or the map’s gameplay?

Which maps are, according to your opinion, the most successful visually?

We consider the Carson City PvP map the most successful one, both environmental diversity-wise and composition-wise. It combines three environments, each of them feeling different. From the earlier PvP maps, I’d definitely mention Al Dabbah, Grassy Field (Pleternica) and River Point (Mostar). From PvE, it’s the Apocalypse maps, Spirithaven and American Dream. 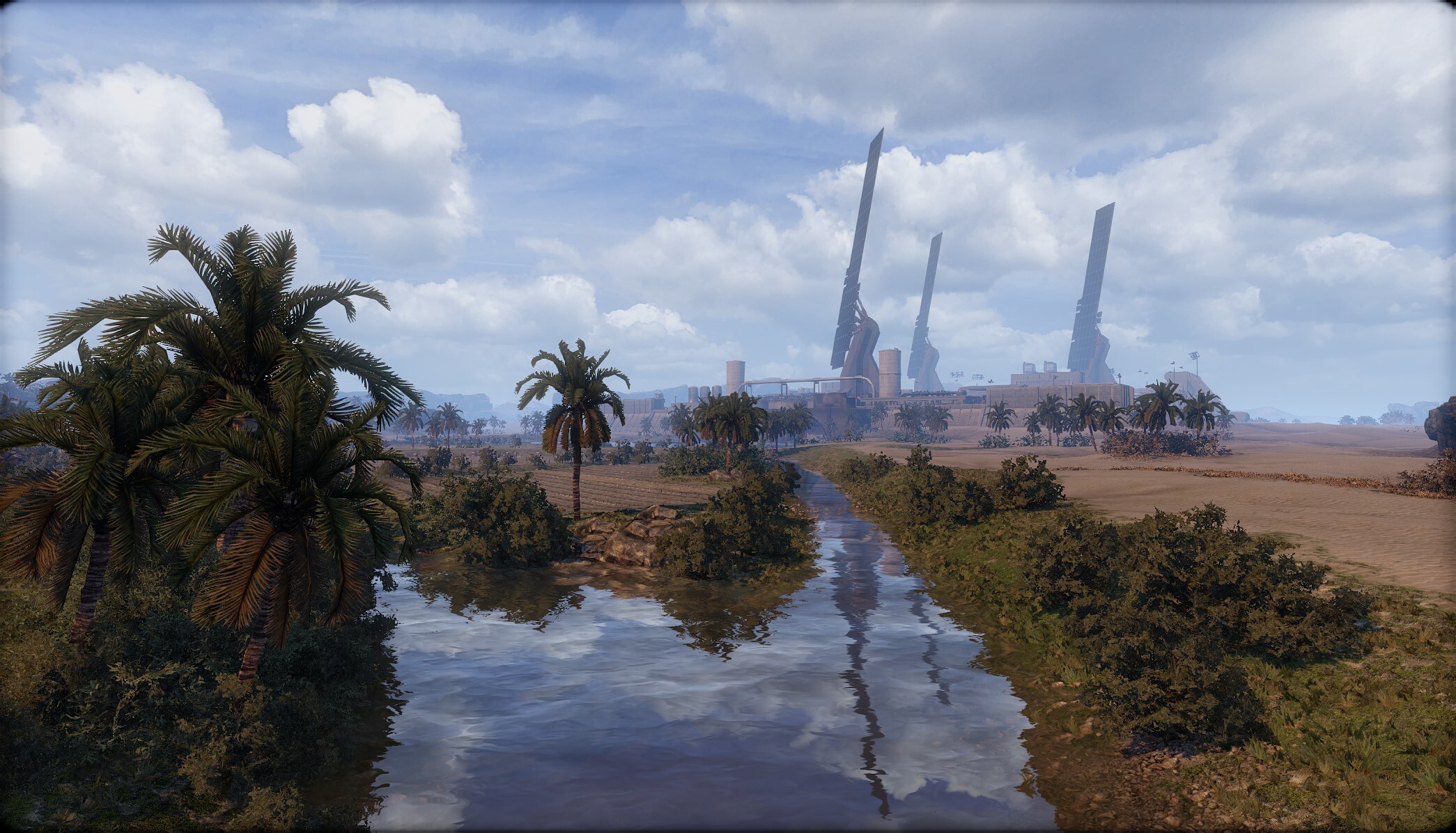 In any game development, you have all sorts of things that never see the light of day for whatever reason. Can you tell us about some previously scrapped concepts?

Yes, we had whole prototypes and development branches that got scrapped. There was a plan for a tank racing map, an asymmetrical Global Operation concept where one team started with a sea landing and one in the hills. In PvE, we had these ideas of allowing players to complete various missions with some insane modifiers like everyone (AI and players) only having 1 hitpoint and so on. In most of these cases, however, things that appeared fun on paper turned out not successful during preliminary testing.

How complex is creating maps in CryEngine? Can someone with basic CryEngine engine knowledge create a map foundation?

Well, it’s like with any craft. Anyone can take a pen and paper and scribble something, but drawing a beautiful picture takes a lot of learning, practice and patience. It’s not impossible for a new user to do it, but there are a lot of nuances that you only start seeing with practice.

The Barren Divide map looks a bit too muddy for a winter map. I’d definitely like to make the snowy areas prettier. Gameplay-wise, the Frontline map definitely needs to be overhauled. It needs more pronounced corridors of attack with proper offensive and defensive positions. 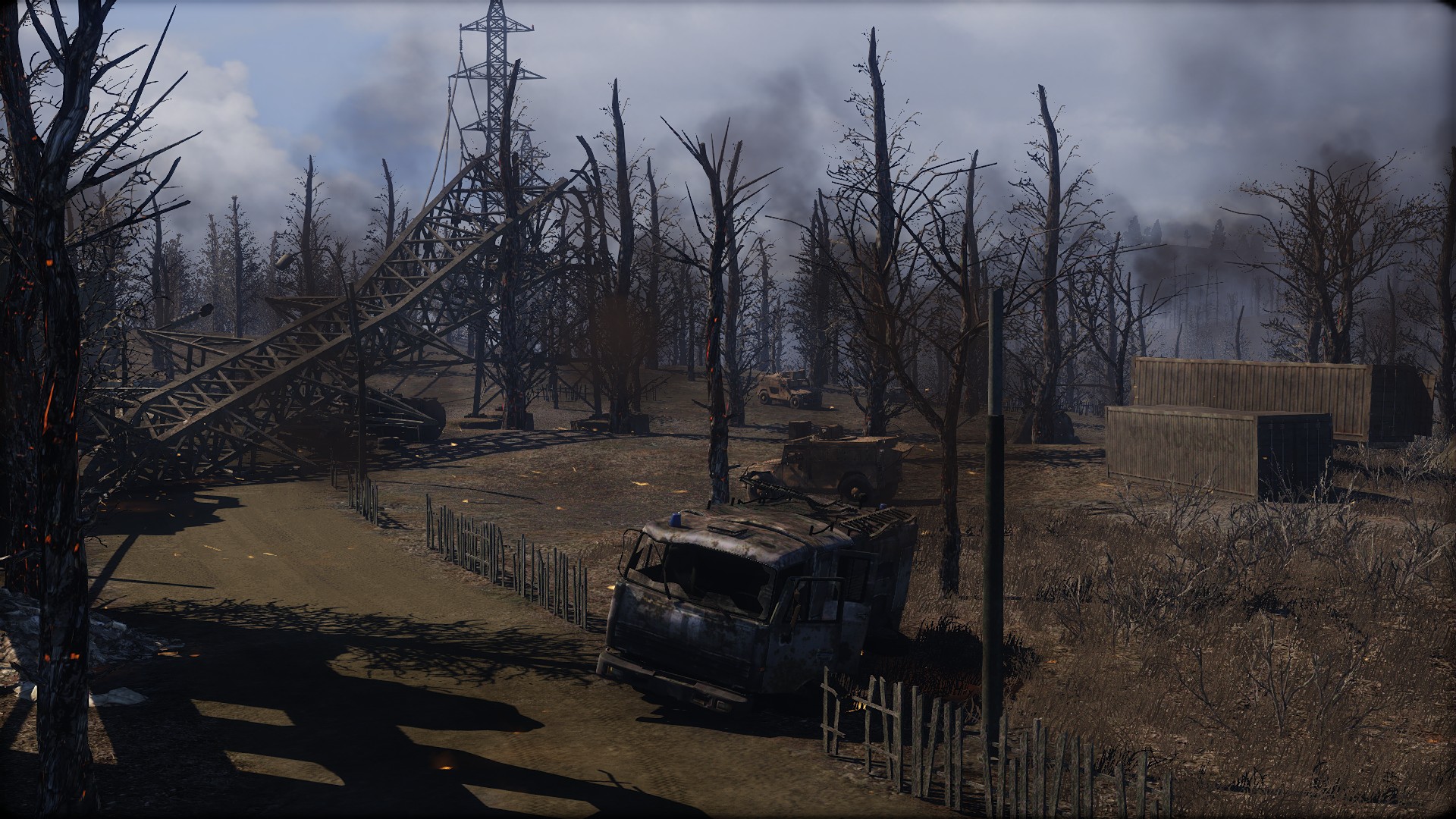 Are you planning to overhaul existing PvP maps to the “post-apocalyptic” Special Operation standard (for example, a desert version of River Point)?

We know some players would enjoy that but we have no such plans for now.

The Al Dabbah map is big enough to become a Global Operation map. Why don’t you turn it into one?

This map is big enough, that is true, but gameplay-wise it’s not really suitable because the Global Operations frontlines are changing constantly. That is why we aren’t planning to add it as a map in this mode.

Until recently, the PvE maps in the game had solid performance but there have been FPS drops as of late, even on relatively powerful PCs. This especially goes for Special Operations (the final American Dream mission, for example). What’s causing this?

As was stated above, optimization is a difficult process. The FPS drops can happen for a number of reasons that can also differ between specific computers. Generally speaking, the American Dream Special Operation was a huge leap forward for us in many aspects and it unfortunately surpassed our technical capabilities at the time. This is not something that we are just letting be though. We are actively monitoring the situation and introducing fixes even to older maps. 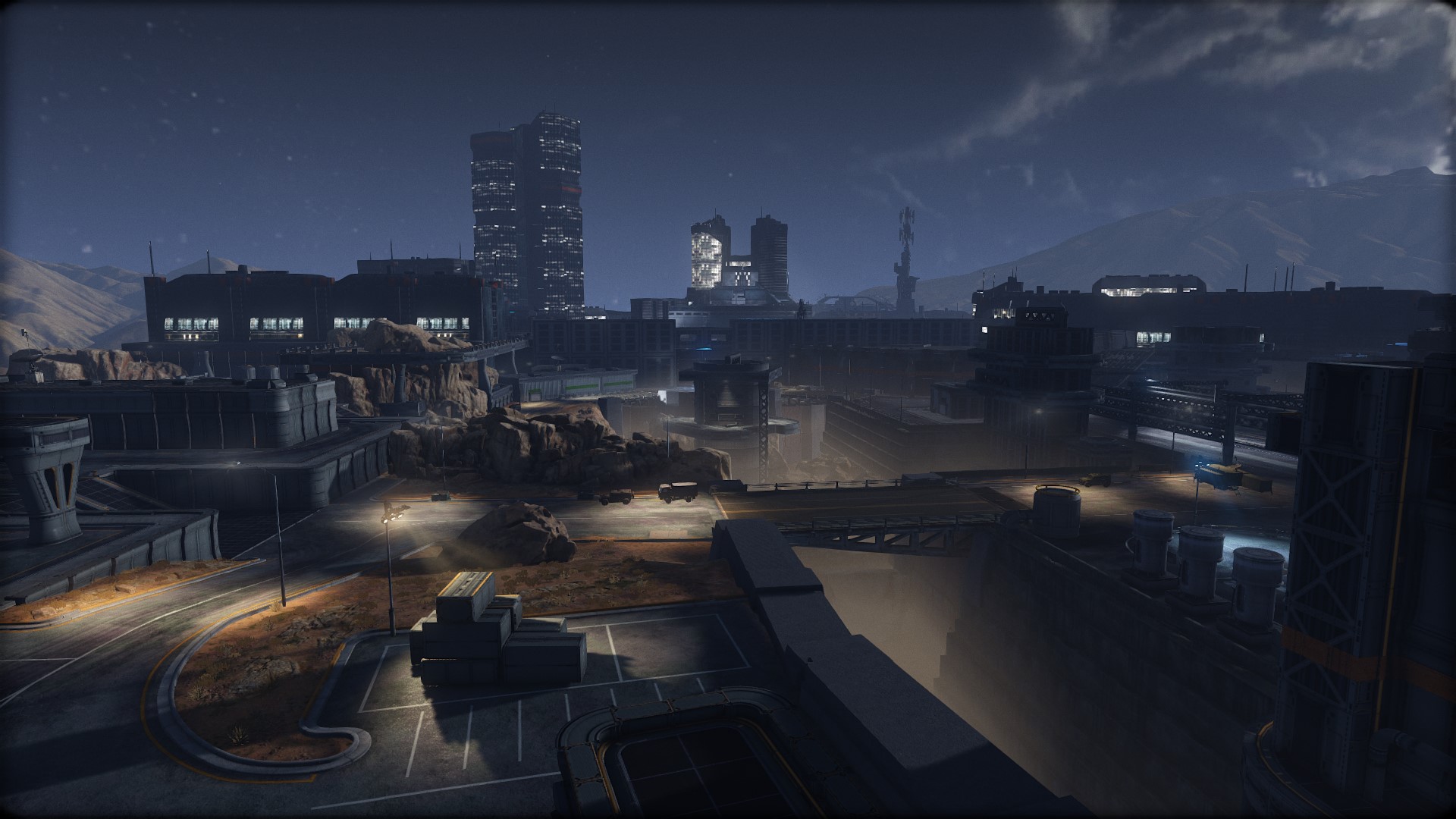 What’s up with the Narrows map layout? There are some strange areas that don’t look good and can leave you exposed.

Such issues can be bugs or something that we missed. Please report such issues (either on Discord or directly to Support with screenshots) and we will take a look.

What’s your take on night maps with IR vision such as the Grassy Fields one?

We aren’t planning to add more such maps. The Grassy Fields night mode makes the game more varied but, at the same time, it is controversial enough for us not to want to add more of it. One such map is enough.

Years ago, there was a PvP phenomenon called “lemming train” (which still happens from time to time). Simply put, both teams formed a giant column on the opposite sides of the map and attempting to halt the advance of such a column was all but impossible. As a result, both teams basically just “exchanged their bases”. Interestingly enough, this happened a lot on very old maps that did not undergo an overhaul (Lost Island, Frontline). Why do you think that was the case – was it vehicle balance or map design?

The last couple of years have seen at least two major vehicle balance overhauls along with tons of minor changes. These changes naturally do have an influence on how maps are played and fixing all maps based on balance needs every time the vehicles are rebalanced is unfortunately not possible.

We are building new map with the state of balance in mind while at the same time reducing the matchmaker appearance likelihood of the worst maps. But to answer the question – it’s not just about balance. The appearance of frequent “lemming trains” meant that the map had certain predispositions towards this phenomenon, which was, of course, also our fault.

What about the ancient Highwall map? Will it ever return?

There were numerous attempts to overhaul it. Unfortunately, each testing session showed us that verticality simply doesn’t work very well in Armored Warfare. In other words, it would be easier to make a new map from scratch than to fix Highwall. 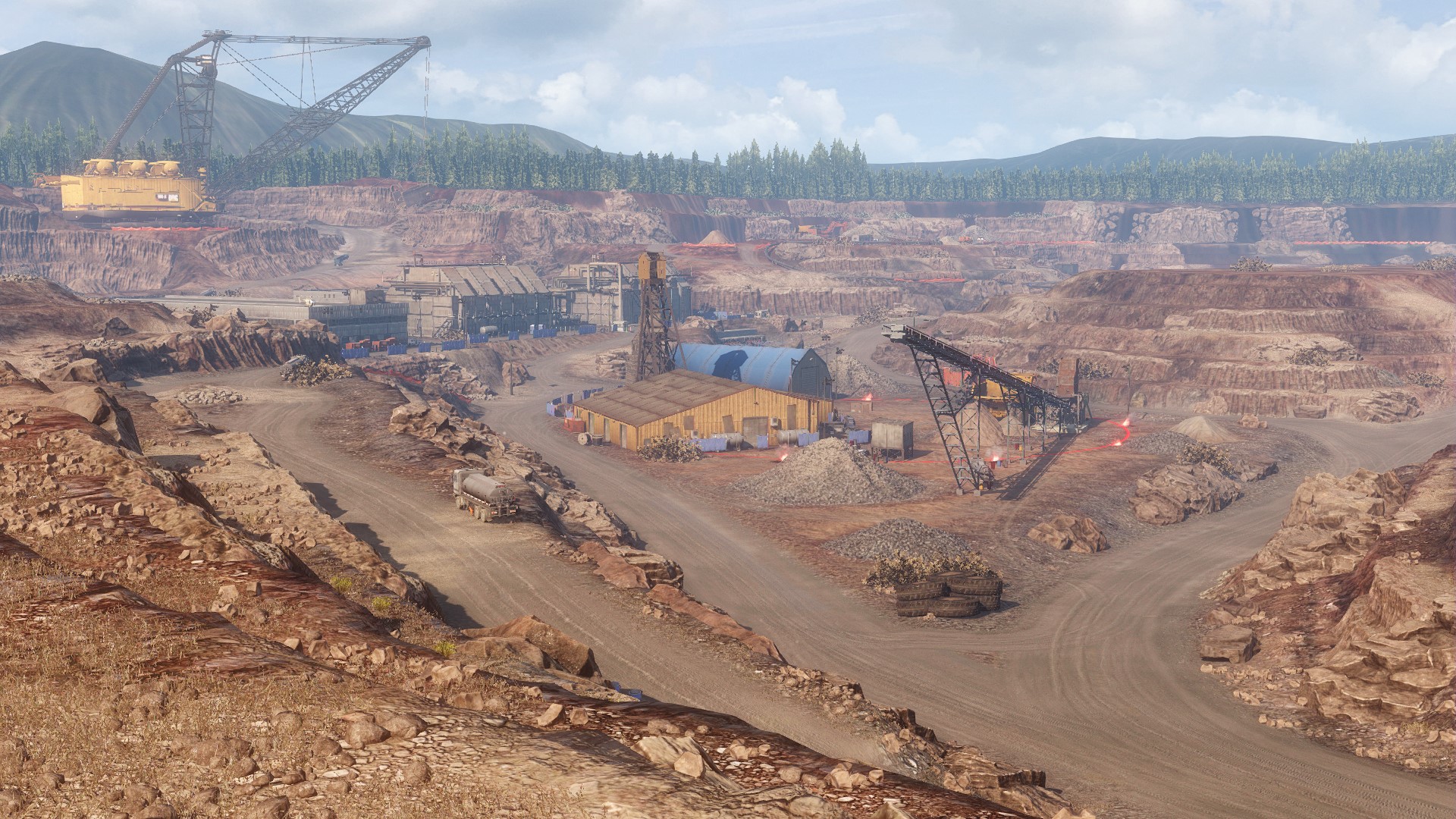 How much does the weather and time of day affect performance? Is it true that the Obsidian-era grass consumed an incredible amount of resources?

No, weather change doesn’t affect performance a lot, which should be obvious from the recent Special Operation missions where this mechanism was used extensively. Foliage is another matter, but our programmers have optimized its impact on performance several times already, which means we can use large amounts of trees and bushes without suffering from performance loss. This can also be noted on the new Carson City map.

That's it for today, commanders. Do you have any further questions regarding map development? Let us know on Discord and, as always:

Learn more about the people who are creating Armored Warfare for you!