The history of the T-72M2 WILK will be presented by a guest author, Michał Kizeweter, a Polish armor enthusiast and expert and an advisor to the Armored Warfare development team.

Up until the early 1980s, the Polish People’s Armed forces, much like their fellow non-Soviet Warsaw Pact allies such as the East Germany and Czechoslovakia, were restricted to the T-55A tank as their primary MBT in armored units. It was not until that point that the Soviet Union saw fit to grant the use of newer designs to their allies. Poland and Czechoslovakia, being Soviet Union’s to-go supplier of arms for the rest of the Warsaw Pact countries, were sold the T-72 production licenses and received technological documentation in order to begin immediate production. One thing that needs to be kept in mind is that the Soviet export equipment for the most part came in two distinct flavors: one for fellow “trusted” Warsaw Pact countries, and the other for everyone else (primarily for friendly Arab states).

Poland launched domestic production of the T-72M variant in 1981. This variant would best be described as a middle ground between the original T-72 Ural and the T-72A and was developed by the Soviet Union for export. A few years later, in 1986, the production of this tank was replaced by a much-improved T-72M1 that for all intents and purposes was almost a complete copy of the original T-72A. Both variants were manufactured by Bumar-Łabędy Mechanical Works plant in Gliwice (Zakłady Mechaniczne Bumar-Łabędy).

However, even as the production began, the T-72M1 was no longer considered by Polish general staff as a sufficient vehicle for the modern battlefield, especially considering the introduction of the next generation MBTs by the western powers. The West-German Leopard 2 and the American M1 Abrams were more fearsome than any previously known western tanks encountered by Soviet equipment in a number of Cold War proxy wars.

In the second half of the 1980s, Poland decided to start a program to increase the combat capabilities of their armored forces. This program had two aspects:

The first approach resulted in the formal start of negotiations in 1988. They most likely would have resulted in obtaining a license for a copy of the T-72B MBT variant called the T-72S, similar to the version that was sold to Iran in 1990 in a form of assembly kits. Unfortunately, for a number of reasons, the negotiations collapsed in 1989/90. 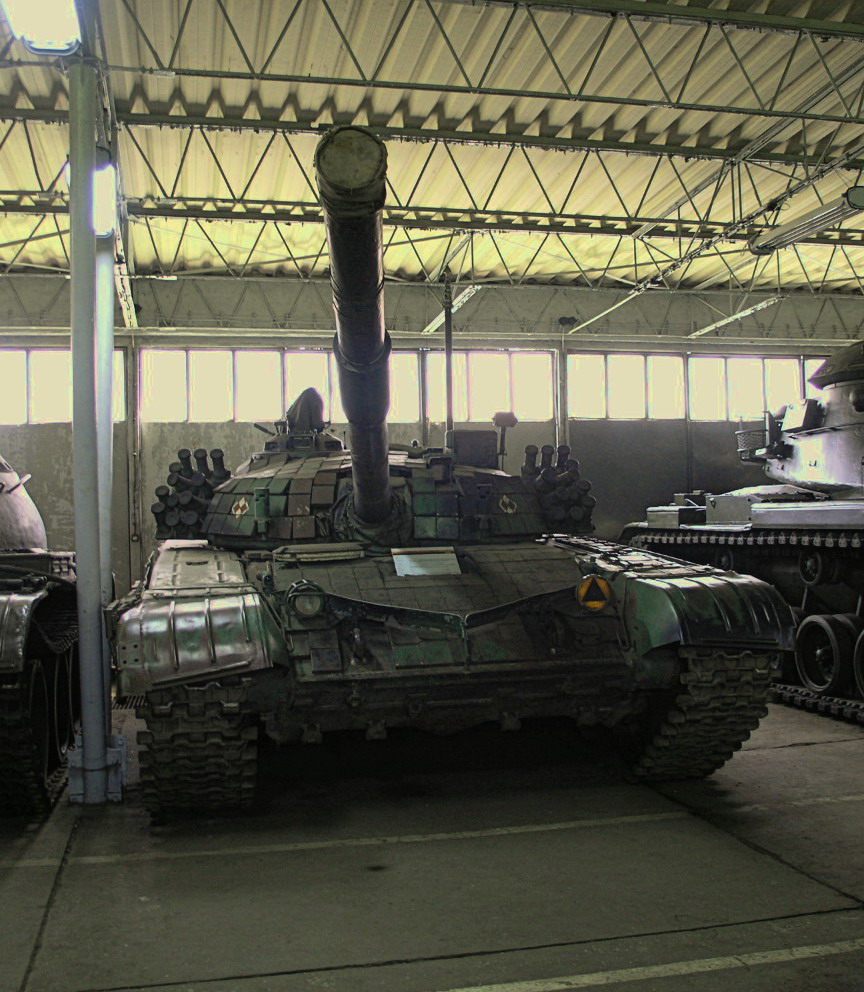 The second approach was supported by the Polish industry’s successful integration of domestic technologies into the T-55AM modernization package for the T-55A (resulting in the T-55AM Merida and variants). Based on these successes, Poland began to explore various options regarding how to upgrade the T-72M1 on its own.

The Ministry of National Defense Department of Research and Development (Departament Rozwoju i Wdrożeń MON) has commissioned OBRUM R&D Center (Ośrodek Badawczo-Rozwojowy Urządzeń Mechanicznych OBRUM) to begin a project for that very purpose. The project received the name “WILK”, Polish for Wolf. The intent for the project was to develop a way to upgrade the tanks in such a way that the work itself could be carried out by lower level repair and maintenance shops attached to their respective armored units.

The main field of focus was to increase the tank’s survivability by means of:

A number of organizations cooperated with OBRUM on the project, including:

In 1989, when the communist regime fell and any meaningful military cooperation with the Warsaw Pact ceased, Poland found itself alone and the effort to upgrade T-72M1 using domestic technologies was given even more importance. 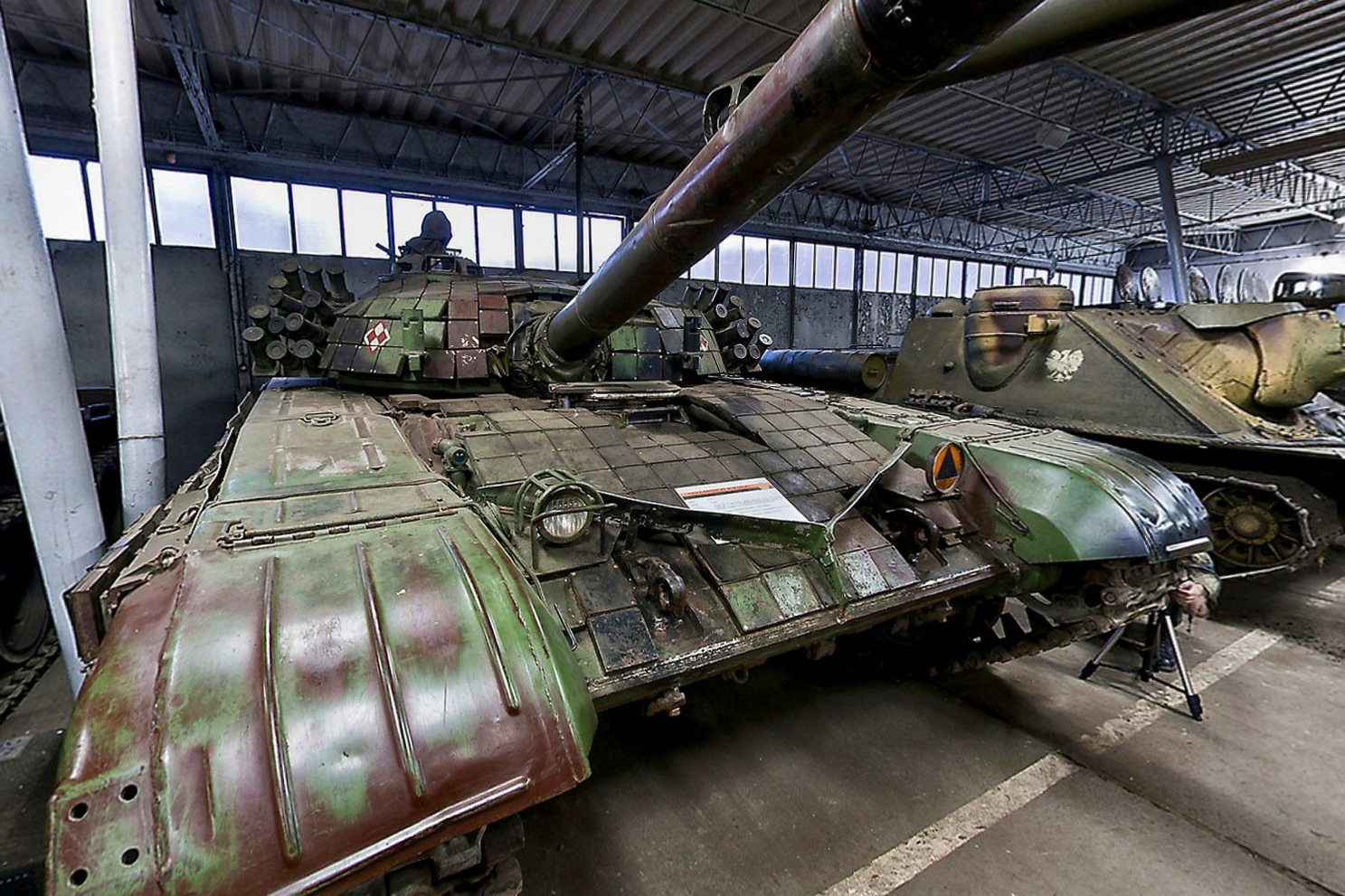 At some point between 1987 and 1990, OBRUM R&D center built three functional prototypes based on the WILK project documentation using three individual platforms:

In 1990, the three prototypes created over the course of the WILK project were equipped with the prototypes of the DRAWA FCS (SKO DRAWA).

Furthermore, the following changes and upgrades were added to the original tanks:

In July 1991, following the successful examination of the abovementioned vehicles, it was decided to pursue this development direction further. The WILK project was concluded and another one launched, eventually resulting in the creation of the PT-91 TWARDY Main Battle Tank that became, for a time, the most advanced MBT of the Polish armored forces. The importance of the WILK development lies in the fact that it helped to ensure that the PT-91 project would not start from scratch – in fact, fully functional PT-91 prototypes were ready in just 9 months from that date.

One of the WILK prototypes, designated T-72M2D WILK (serving as the reference base for the T-72M2 WILK that will be introduced to Armored Warfare), is currently a part of the Museum of Armored Forces, Land Forces Training Center of Field Crown Hetman Stefan Czarniecki collection in Poznań. While it is currently not accessible to general public, the T-72M2D WILK will hopefully be on display in 2018 once the museum successfully finishes its relocation to a new facility.

In Armored Warfare, the T-72M2 WILK will, as a prototype, appear as a premium vehicle.

Learn about the overhaul of the Armored Warfare Commanders, coming in Update 0.22