As you already know, the last vehicle of Francine De Laroche’s progression pool will be the Leclerc T4. Let’s take a look at just where does this bad boy fit in the Armored Warfare eco-system. 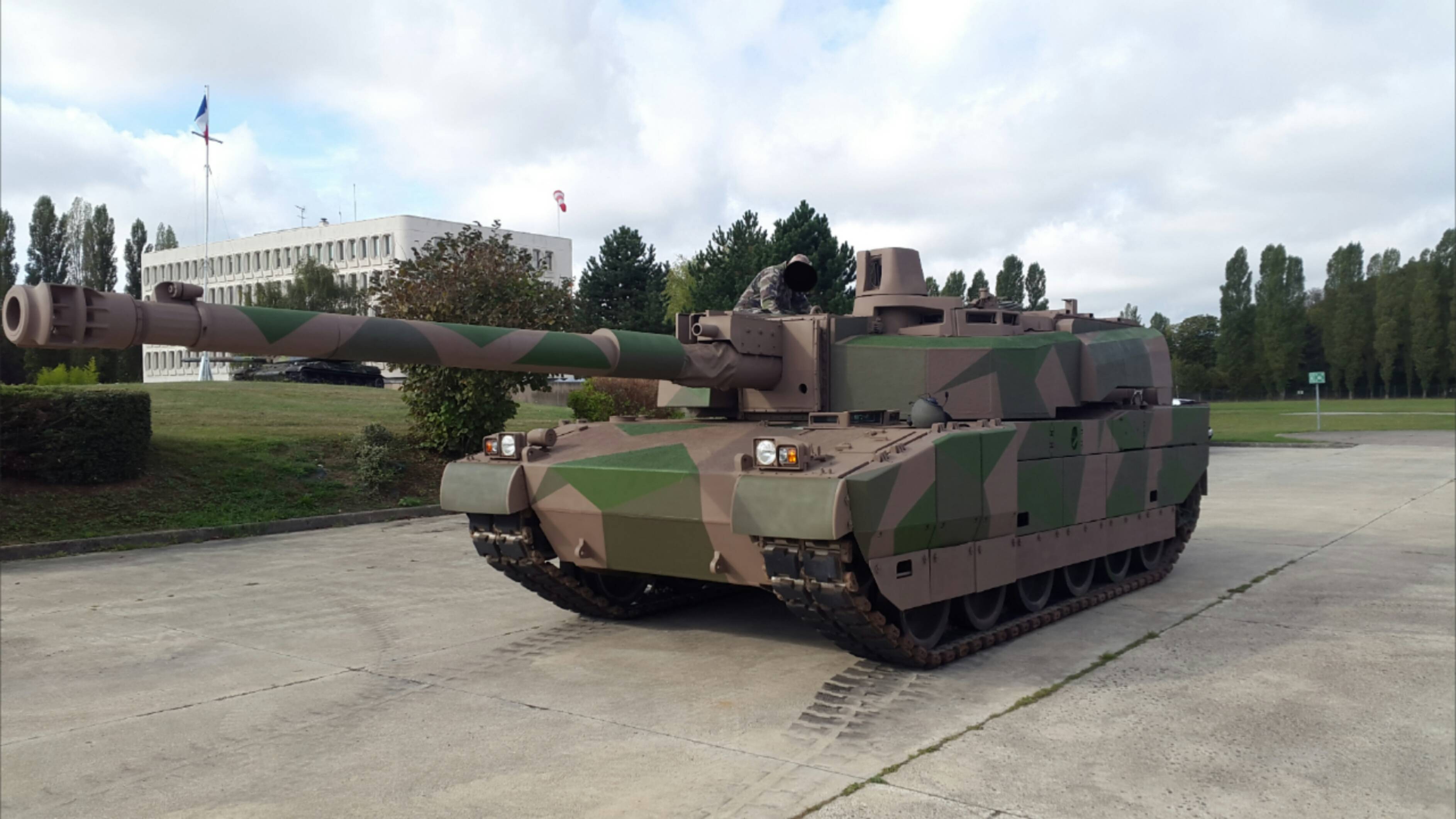 As its name suggests, the T4 is a variant of the standard Leclerc MBT. It’s also known under the name “Terminateur” (Terminator), which is, however, mostly unofficial (it was allegedly coined by the director of the French army technical section) and was originally only used for its brand-new turret, from where it apparently moved to the entire vehicle.

The Leclerc T4 MBT is, simply put, an experimental prototype – a Leclerc hull with a new turret (officially designated T4) armed with a 140mm gun. Even though the best-known photographs of the vehicle surfaced in 2017, the design itself is far older, going back to the 1980s and the development of the Leclerc program itself. Its roots are basically the same as of the other NATO super-tank programs of the 1980s, the American CATTB and the German KWS III being the best known examples.

The purpose of these up-gunned monsters was to defeat anything the Soviets could field in the 1990s – even though the economic situation of the late Soviet Union era was generally known in the West, there still was a concern regarding what was referred to as “FST” – Future Soviet Tank. These concerns were not unwarranted – as you know, the Soviets were developing some very potent vehicles ranging from the widely-known Object 640 “Black Eagle” to truly monstrous super-tank designs with 152mm guns.

Arming the NATO tanks with larger cannon was seen as one of several viable solutions. The joint European and American program (called FTMA – Future Tank Main armament) actually ran from 1992 to 1998 and developing a larger weapon was deemed the most realistic option since various attempts at larger guns existed since the 1980s. Other options (such as an electro-thermal chemical gun with plasma ignition) were recognized as too underdeveloped to be of any practical use for the foreseeable future.

The French developed their own 140mm smoothbore gun basically by up-scaling the 120mm Leclerc gun they already had. An interesting issue came up with the ammunition though – the cartridge of the shell was, according to the consensus by the FTMA panel, supposed to have the same diameter as the 120mm one. In order to provide the impact force desired, the only solution was to make the shells longer, which is why the 140mm shells developed for the gun are so long. That, of course, makes them really awkward to handle, resulting, once again, in the decision to turn them into two-piece shells. The following shell types were developed:

These shells weighed around 50kg, making an automatic loading mechanism a must rather than a choice the way it is for the 120mm caliber. 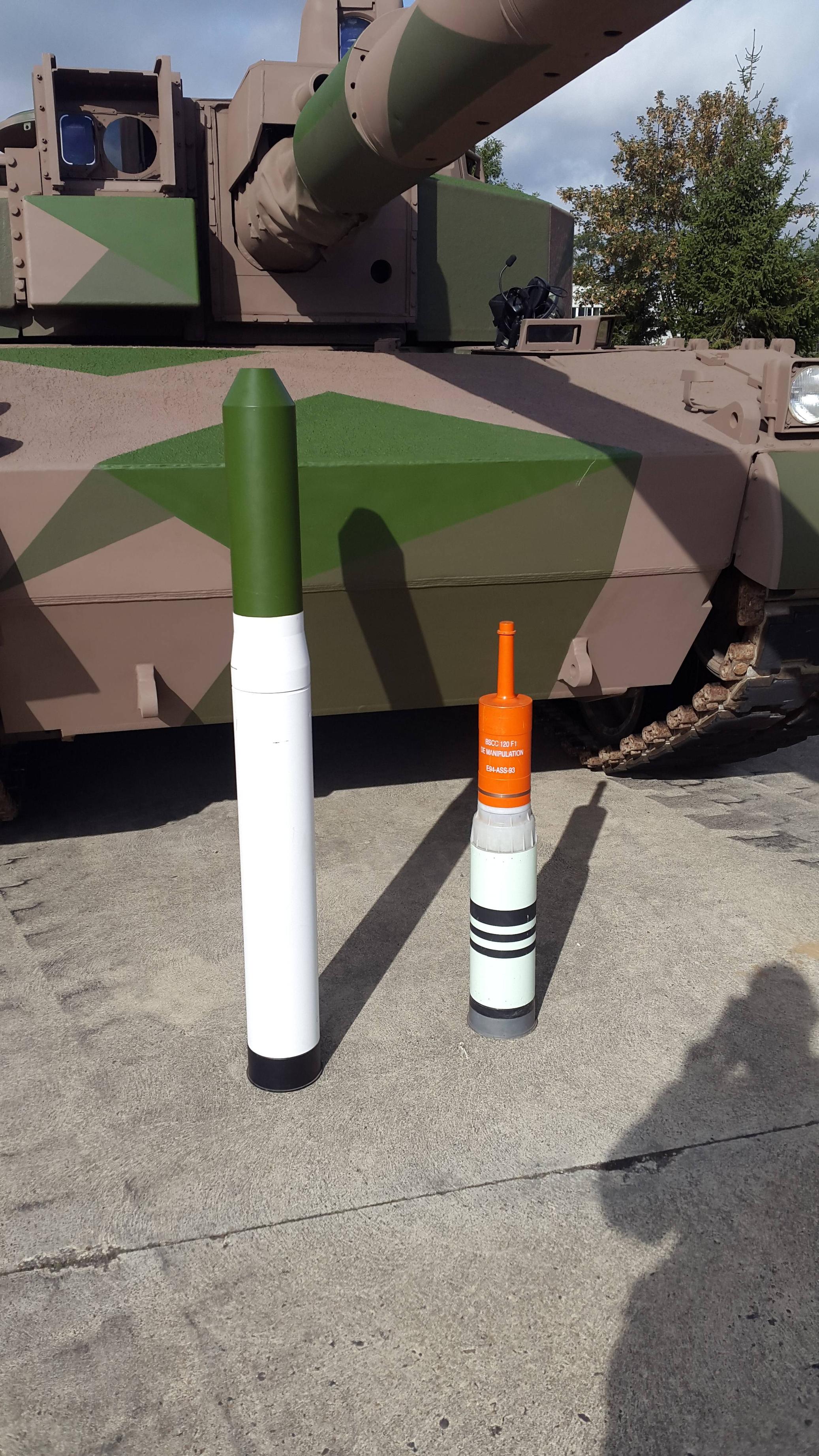 The gun was tested and the shells were powerful enough to rip anything on the battlefield into pieces. We’ll never know how it would fare against next-generation Soviet tanks back then but against the standard fielded T-series, it was pure overkill.

The gun would be too large for a conventional Leclerc turret, which was why a Series 1 turret was overhauled and extended to house not only the weapon itself, but also large bustle ammo storage along with a strengthened automatic loading mechanism. The FCS and optics are identical to the early Leclerc tanks.

This turret was installed on a standard Tranche 3 hull with (as far as we know) zero upgrades to the power train. The vehicle could carry between 20 and 30 shells and the weight thus increased from the 50 ton category to approximately 60 tons.

And that’s pretty much all that is currently public. The prototype was built in 1996 and is allegedly fully functional. It underwent a series of tests before being mothballed for nearly two decades, its story being the same as that of the standard Leclerc – the disappearance of the Soviet Union along with massive world-wide military budget cuts left it obsolete with standard tanks that were already in service being more than capable of handling the armored threat of the reduced Russian military.

Interestingly enough, the tank didn’t end up in some museum. It was kept by the military and surfaced up once again back in 2015 in an article for a French magazine, possibly as an attempt to mitigate the “tank shock” the world had suffered with the appearance of the T-14 Armata. Some more images appeared in 2017, this time of the same prototype painted in Scorpion program colors. However, due do the recent decisions of the Russian military to focus on upgrading the existing fleet of Soviet era tanks rather than purchasing any significant Armata numbers along with the rumored development of a joint European MBT (often referred to as Leopard 3), it seems clear that the appearance of the images was little more than a publicity stunt and the chance of it ever appearing in service is quite low.

In Armored Warfare, the Leclerc T4 will be a Tier 10 progression Main Battle Tank. With its generally low weight, it will be amongst the lightest Tier 10 MBTs. On the upside, it will have solid mobility but its base armor will be amongst the thinnest in the class and Tier, roughly comparable to the Leopard 2 even though it will feature upgrades compared to the real life prototype. 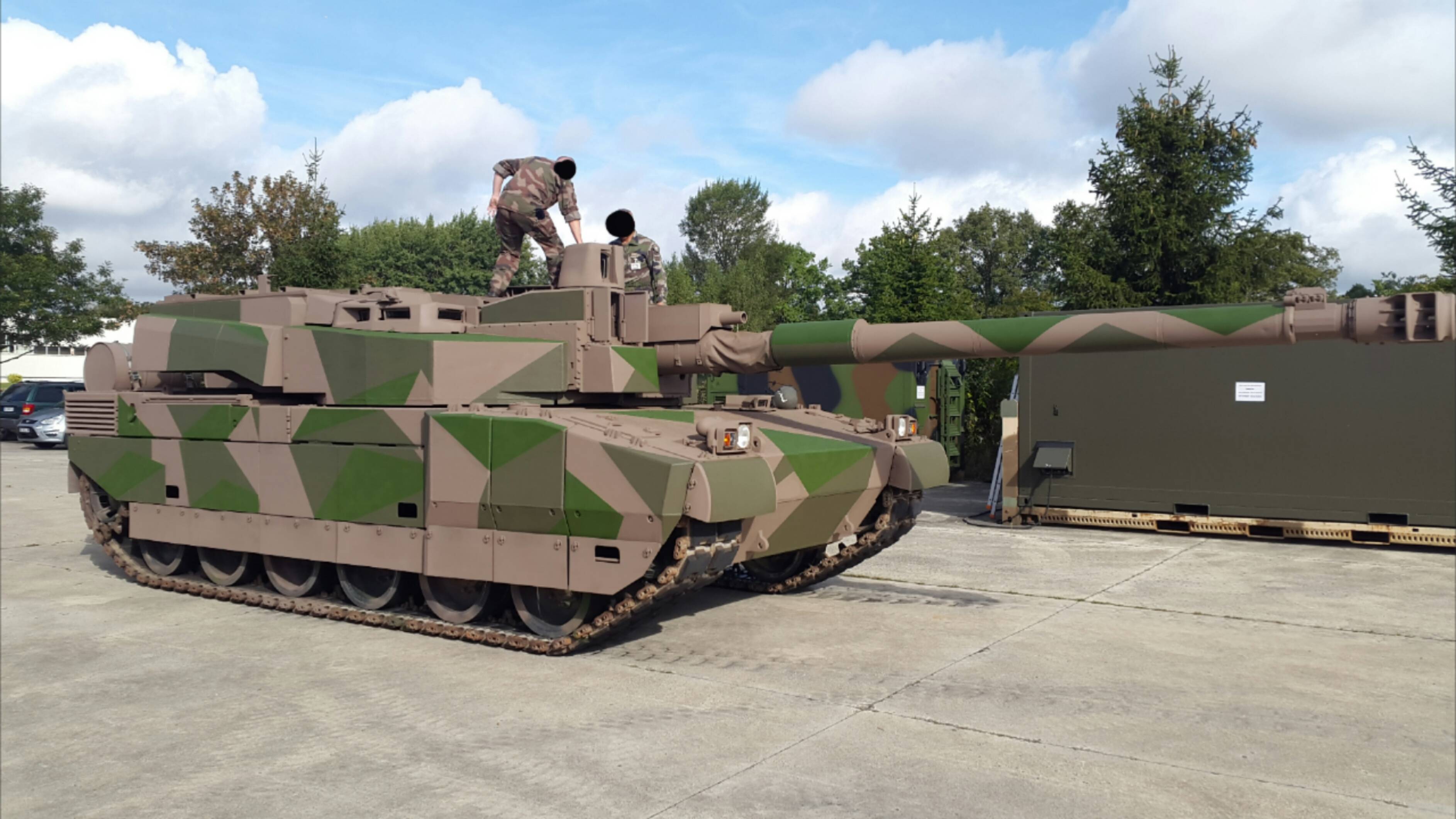 Our Leclerc T4 will be more along the lines of what it would look like if it was actually fielded, which means that it will contain some upgrades the actual prototype does not have – for example, the AZUR protection of the hull, consisting of additional side protection and the rear hull cage armor, but it will still only increase the armor levels to roughly match those of the Leopard 2A5 MBTs.

The tank will, in a sense, be comparable to that of the 140mm Challenger 2 – with less damage per shot, but more penetration. In short, it will be a mid-to-long range fire support vehicle with adequate survivability and excellent firepower, but also with a major plot twist. Where the other Tier 10 MBTs can operate independently, the Leclerc T4 is a pure pack hunter thanks to its special ability – the Battlefield Management System.

Simply put, the more allied vehicles are in the vicinity of the Leclerc, the faster the Leclerc aims and the more accurate it is (roughly 5 percent improvement per an ally nearby). This represents the real life Scorpion BMS feature of always informing the crew of the tank where its allies and enemies are located and what would be the most efficient course of action to help the former and defeat the latter.

As such, a unit of Leclerc tanks that coordinate their actions will have a major accuracy advantage over the enemy. Even at medium or long distances, they will be able to deliver incredibly accurate fire, devastating groups of opponents by well-timed salvos of weakspot-hitting high penetration shots. For solo players, even tagging along with a group will yield the same advantage – the Leclerc T4 will be a vehicle for the players who prefer the company of others rather than spending the entire battle hidden alone behind a bush.