The recently release Update 0.28 brought a number of balance changes to the game, most notably the improvement of the ATGMs across the board to make ATGM-based vehicles more viable. We are also carefully listening to your feedback regarding these changes and today we’d like to address some of the most frequently brought up questions. 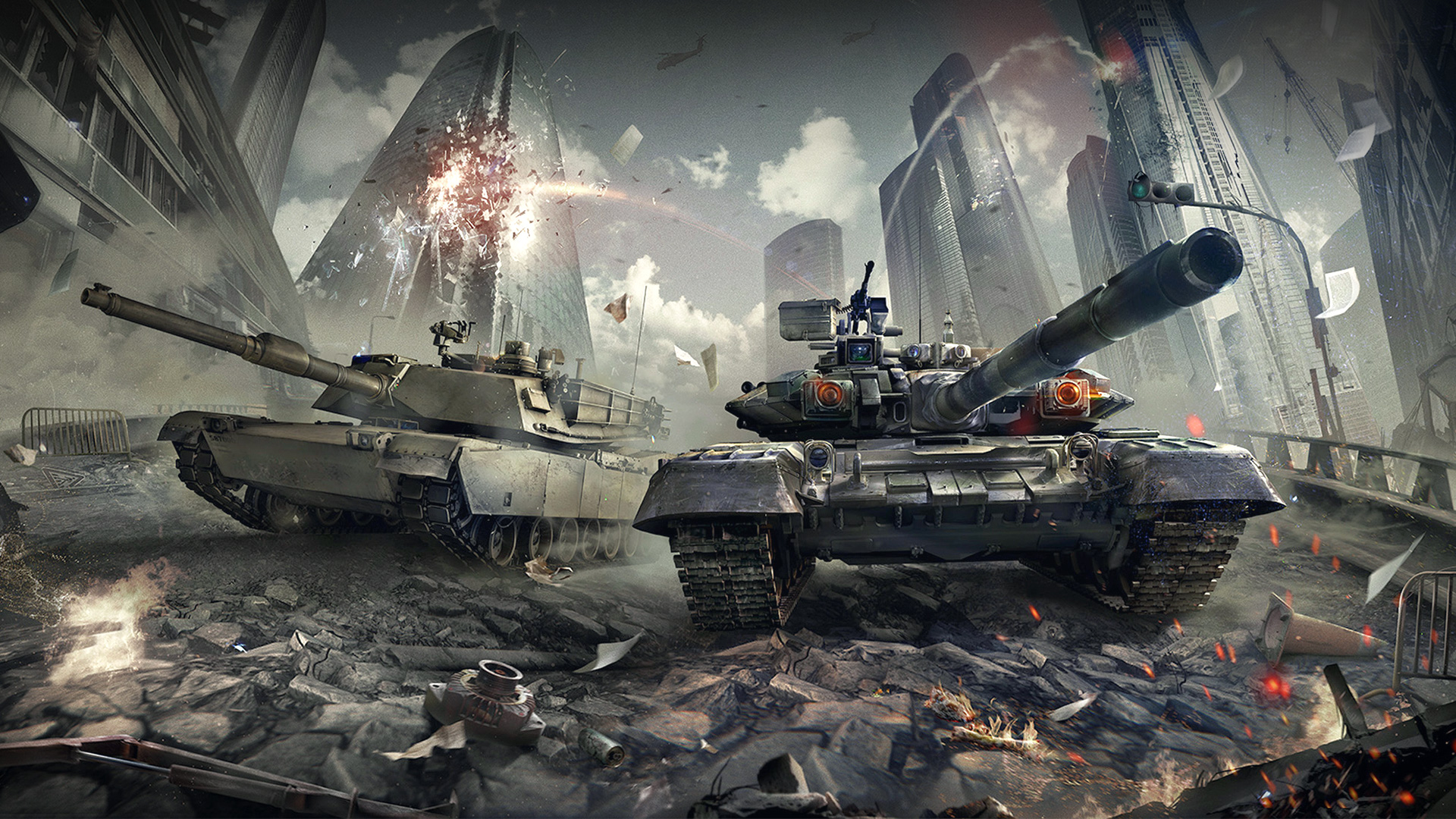 Immediately after the update’s launch, the biggest concern was raised about the guided missiles now being overpowered, especially the mid-Tier ones.

First thing we’d like to stress out (like we did in the recent developer diary) is that our philosophy is that there are plenty of active (or passive) ways of dealing with ATGMs, from anti-HEAT armor over APS to player behavior where smoke can be deployed and missiles can be dodged. Once they hit, however, we want the target to feel it – in other words, missiles do deal a lot of damage if they connect. The original buffs were scaled down based on your feedback, but the core idea has not changed.

With that being said, when we take the entire general mid-Tier situation into account, the ATGMs on mid-Tiers are not performing above what’s acceptable. If we, for example, take the VBL (specifically with the TOW system installed, not the autocannon), it is outperformed in damage by multiple vehicles (for example, Object 279, AMX-40 or the Sheridan). There is, however, one exception to this – the IT-1, which is indeed performing a little too well and we will be addressing that issue.

On Tier 7, the situation is similar with all ATGM-based vehicles being average at best, once again, with one exception – the Scorpion Kastet, which is currently performing extremely well and we will be taking a long hard look at its statistics in order to determine the best course of action (or, more specifically, how to bring it to acceptable levels).

Finally, there’s the question of Tier 10 where we have a rather peculiar situation. The Kornet moved from being one of the worst performing vehicles to somewhat average values, but is still not doing all that well and we are currently reviewing its situation. The T-15 is another very specific case – apart from the 0.28 changes that introduced the ability to fire two missiles at once, it was affected by a fix where we corrected an ancient issue related to its ATGM trajectory. In other words, its ATGMs are currently behaving as intended, but this situation makes it more difficult to fire them at close distances, which is, to a large degree, also intended – after all, the vehicle has fixed ATGM launchers based on the prototype pattern shown during the military parades. The vehicle is more or less placed on the lower end of average performance values at the moment, at least in PvP.

And finally, there is the matter of the Sphinx AFV, which is, for all intents and purposes, seriously underperforming and like the other abovementioned outliers, we will be taking steps to improve its situation. Either way, we are keeping a close eye on the vehicle balance.

Another balance matter is that of the Tier 10 Premium vehicles (most notably the Type 99A2-140 and Armata 152 MBTs) overperforming in PvP matches. We are pleased to announce that the Update 0.28 balance changes brought all the outliers to acceptable values. If we take, for example, vehicle winrate as a very rough general performance indicator, the Type 99A2-140 is sitting at 50 percent winrate while the Armata 152 moved down to a little over 49 percent. Of course, winrate is only one of many indicators we are keeping our eyes on (especially considering the fact that these vehicles do appear in the Battalion Ranked Battles) – both of these tanks still retain their excellent damage-dealing capability and are fully capable of going toe to toe with the best – but, ultimately, performance is not only about raw armor and firepower and we have successfully adjusted their other parameters to match the desired performance.

Related to the above is the Leopard 2AX situation. You’ve brought the topic of Leopard 2AX underperforming and we agree – it will be looked at and improved, specifically by increasing its damage output. What we do not agree upon, however, is the sometimes brought up statement that Leopard 2AX is bugged by having too thin armor. Leopard 2AX’s thin armor is intentionally not as thick as that of other Tier 10 MBTs. It is (within its class) a support vehicle. Armor thickness diversity is one of the things that make the differences between high-end MBTs more pronounced and we will not give up on the concept of having diverse vehicles in the game. There are vehicles in the game already that offer a playstyle based on their thick armor. Players expecting to shrug off even the heaviest hits will perhaps find them more suitable to their preferences.

And last but definitely not least, another very commonly brought up issue is that of inverted reverse steering and the changes we’ve made in Update 0.28. In Update 0.27 (and before), the inverted steering had several (mostly backend) technical issues that we corrected, which, however, led to some unintended behavior that was partially addressed in the last hotfix. However, we can clearly see on your general feedback that the solution we’ve presented is not satisfactory. That is why we will do the following:

We hope that you will enjoy the rest of the Arabian Nights season and we are looking forward to your feedback.