Question: Would Obsidian ever consider releasing patches which only focus on fixing bugs and do not add new content?
Answer: We understand that there is a lot of improvement that we need to make on the state of bugs and optimization in Armored Warfare and that there absolutely needs to more focus on addressing long standing issues in upcoming patches. Internally, we are adjusting our resources to focus more on bug fixing. It isn't certain as of yet whether there will be 'Bug fix/Optimization Only' patches in the future, but we recognize that no matter what, we are overdue on delivering fixes on critical issues. 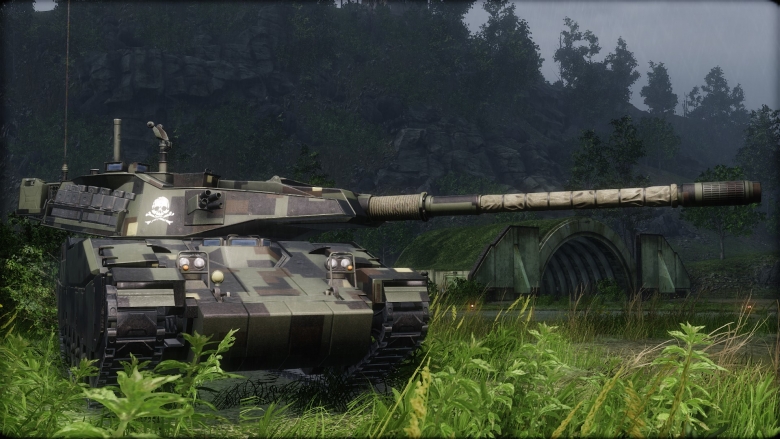 Question: Will you try to incentivize better team-play in PvE? With the planned change to make secondary objectives give out individual rewards (making them an individual enterprise instead of a team one), it seems to me that PvE turns more and more into a free for all.
Answer: It is important for PVE to continue to evolve and for reward mechanics to encourage teams to work together. Some of if this philosophy can be seen in the recently released Operation Meltdown, where there are clear objectives that the team has to work together to defend in order to be successful. When it comes to changes to the rewards for Secondary Objectives, we are looking at adding an additional bonus for the individual completing the Secondary Objectives in order to reward them for taking time away from other activities in the mission. However, the team as a whole would still be rewarded with the existing bonus if all Secondary Objectives are completed successfully.

Question: Will the current ESPACE armor of the Leopard 2A7 remain or are there plans to change it to something that best reflects future plans for the Leopard 2 line in real life?
Answer: There are certain aspects of the Leopard 2A7 model that we are not entirely satisfied with, but we currently do not have an ETA on when we might make any changes to it.

Question: Why all PvE maps are so small? It makes driving lighter vehicles than MBTs difficult.
Answer: Our newest PvE Missions such as Albatross are actually quite large and that is the trend we are planning to continue with. Some of the older maps which are more restrictive will be gradually revamped to provide players with more space to maneuver.

Question: Are you happy with current HE damage mechanics? If not, what will you do with it?
Answer: We are not happy with the current HE mechanics. As soon as we have solidified the future role for HE, we will share more information about it, but right now it is undergoing design review.

Question: Are there any plans to improve PvE gameplay? So far the missions that are being added seem like “more of the same”.
Answer: In recent PvE missions we started adding new player mechanics (such as the Meltdown counter). We are planning to continue adding more mechanics like that, but also to introduce new PvE primary and secondary objectives which extend beyond what our current missions offer. For example, we are looking to add secondary objectives which when completed, affect the current state of the mission by either extending the primary objective timer or by refilling players’ ammo.

Question: When will you remove Highwall from PvP map rotation?
Answer: Highwall is our highest priority PVP map to revise. In addition, we are putting together a plan for allowing players to preview maps at an earlier stage in development so that we can catch core issues before the map comes out on live.

Question: When are you going to close the income gap between PvP and PvE?
Answer: While PvE income is something we are constantly looking into, the gap between PvE and PvP income is at the moment very small. In some cases it is actually more profitable to play PvE because the results tend to be more consistent from mission to mission. The wide gap between the two modes that was present in the past has been greatly reduced. In any case, the recently implemented Daily Challenges will continue to improve players’ income and the upcoming Loot system will enhance it even further for both modes. 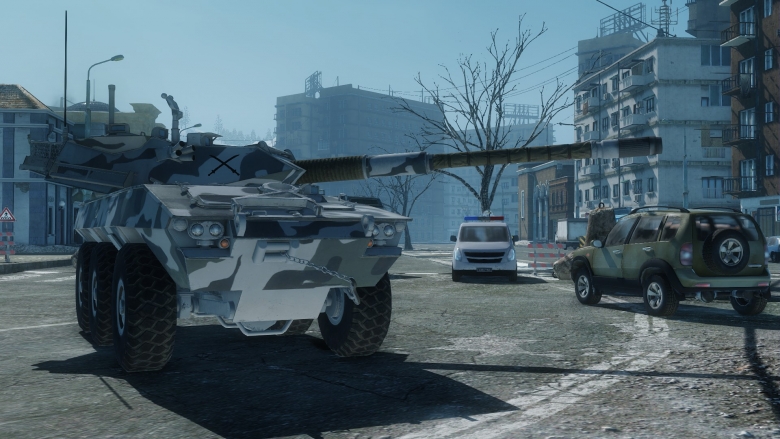 Question: Is there any plan to change AI behavior to make PvE difficulty rely more on actual challenging combat than on the sheer number of bots?
Answer: We are planning to make AI opponents more intelligent and skilled on the higher difficulty levels, especially by allowing them to better target weakspots, fire guided missiles and deploy smoke grenades. An important thing to realize is however that the AI opponents that target weakspots can be perceived as “cheaters” and – if not balanced properly – can be frustrating to play against due to their ability to make very difficult shots. This is something we want to avoid and it is the reason why tuning the AI difficulty is a time-demanding process. We want to present players with well-balanced AI opponents without making them feel like fighting them is particularly unfair.

Question: How high is the fourth dealer and a full Merkava line on your list of priorities?
Answer: This line is not currently scheduled to be released this year but may appear in 2017.

Question: Will there be a web-based management tool for Battalions? I'd like to be able to manage my Battalion from the website.
Answer: We are currently developing the API as the basis of this function. In the future, it will be implemented on the portal.

Question: We know South Korean MBTs are inbound and North Korean ones are a future prospect. Given their potential high-low tiering fits nicely, what are the chances they'll be combined into a single Korean line?
Answer: Not a bad idea, a combined line might be very interesting. However, a thing to keep in mind is that the vehicles of both countries follow a different philosophy that is not always compatible with one another. The North-Korean vehicles are close to their Soviet and Chinese counterparts while the South-Korean tanks are closer to modern western MBTs such as the Abrams or Leclerc. We will however consider it.

Question: A number of modern MBTs not currently in the game (eg. K2, Type 99A2) have been designed to accommodate 140mm cannons, though not much is known about them. If they are added on Tier 10, can we expect them to have those cannons as upgrades?
Answer: Yes, it’s very likely several modern MBTs at Tier 10 will have some form of cannon upgrade, although we do not want to necessarily restrict ourselves into giving all Tier 10 MBTs a larger caliber cannon. Doing so would remove some of the diversity between MBTs at that tier.

Question: Have you guys ever thought of introducing some sort of "joke tank" – something only for special PvE use like events or certain maps?
Answer: We had several ideas for “joke vehicles”, but we ultimately decided to invest the resources needed for such a vehicle into regular vehicle development. Perhaps during next year’s April Fool’s day we will have something for players to play around with.

Question: Are you planning to improve the effectiveness of Tank Destroyer ability “gun suppression”?
Answer: Yes, this is something we are working on currently. Players should expect to see some adjustments to the ability in 0.16. For starters, we are making it easier to utilize by removing the restrictions concerning movement. We will also be evaluating the cooldown for adjustment. 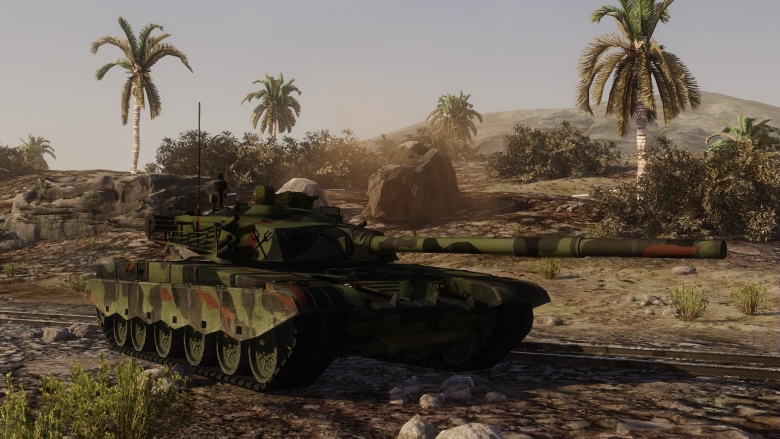 Question: Will camouflage ever be increased for high tier Tank Destroyers?
Answer: This is something we’ll be looking into. However, it’s very important for us to avoid frustrating gameplay situations such as Tank Destroyers with excessive camouflage remaining undetected while being able to shoot with impunity at enemy vehicles in close proximity. The most likely change will be to make it so that the first shot inflicts a smaller penalty to the camo than it currently does for TDs. We feel like TDs are getting spotted too fast on their first shot rather than being given an option to pace their fire to remain stealthier as was intended.

Question: What are your plans for balancing Tier 7-10, particularly MBTs?
Answer: We recently introduced several changes to the Main Battle Tanks, including an overhaul of certain armor areas to produce more consistent results. We will continue in this direction – our goal is for the MBT class to have very thick frontal armor, but also with clearly recognizable weakspots the skilled players can target. In addition, we do have some soft stat changes planned for the immediate future. Expect more specific information soon.

Question: How often will we see new camouflage options and base colors for customizing our tanks?
Answer: Creating new camo patterns is an ongoing process so players can expect to see new ones available throughout the year. We do have plans for more base colors as well, however we want to integrate those in as rewards for various mechanics like the current Achievement-based ones. It is our intention to continue to expand the library of base paints available to players as rewards that can be earned rather than bought.

Question: Any chance of adding the Stryker MGS/Expeditionary Tank's shell ejection animation to the models?
Answer: This is something we have plans to introduce eventually, but currently we are focusing on adding new vehicles into the game as well as correcting some of the older models.

Question: Will the game support DirectX12 in the future?
Answer: It is possible the Dx12 support will be introduced in the future but such an overhaul is a long process and is not something we have plans to introduce anytime soon.

A summary of information about the future of Armored Warfare, this time with answers from Obsidian Entertainment about the Loot system and more!