The Polish PL-01 tank concept is perhaps the most exciting and certainly the most futuristic looking Tier 10 vehicle added to Armored Warfare in Update 0.15.

The original idea that eventually led to the development of the PL-01 concept was to replace the aging Polish fleet of T-72M1 tanks. Initially, the intended solution was to replace them with modern MBTs and attempts to modernize the T-72 ended with the PT-91 Main Battle Tank. Another solution was the purchase of a number of Leopard 2 tanks, modernization of which is planned to Leopard 2PL level by 2020.

A different approach was to design a Fire Support Vehicle (Woz Wsparcia Bezpośredniego – WWB) lighter than a Main Battle Tank (maximum weight was set to 35 tons), but equipped with a NATO-standard 120mm smoothbore cannon. This gun would be capable of knocking out even the most modern MBTs and would be installed in an unmanned turret. The point of such a vehicle would be to have the firepower of an MBT with even higher mobility compared to the massive western tanks at a fraction of the cost of an MBT at the expense of armor thickness. This set of conditions was formulated into an official Polish Military WWB requirement and OBRUM's answer to that was the PL-01 concept. 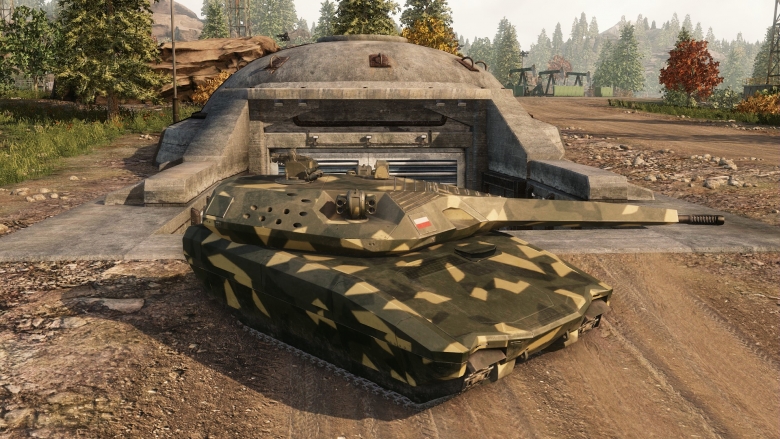 The PL-01, unveiled to the public during the 2013 International Defence Industry Exhibition in Kielce, immediately attracted a lot of attention. It was developed by OBRUM in cooperation with BAE Systems on the CV90 platform (specifically the CV90120T Light Tank variant). The vehicle shown was only a mock-up, but its advanced shapes, reminiscent of stealth aircraft, immediately sparked a flurry of wild speculation from both the media and the public regarding the vehicle's alleged complete invisibility to radars and IR detection systems.

The reality is likely far more prosaic. The producer (OBRUM) claims that the vehicle will be equipped with both anti-RF coating (making the vehicle harder to detect by radars) and exhaust cooling, the purpose of which is to make it harder to detect by IR sensors. The effectiveness of both systems remains to be seen – given the BAE origins of the PL-01, it's possible that elements from the CV90120T Ghost advanced Light Tank will be used in the design, while the exhaust cooling was developed by OBRUM for the previous Anders platform. In any case, both systems – while helpful in reducing the vehicle's trace on the battlefield – will certainly not grant it full "invisibility". 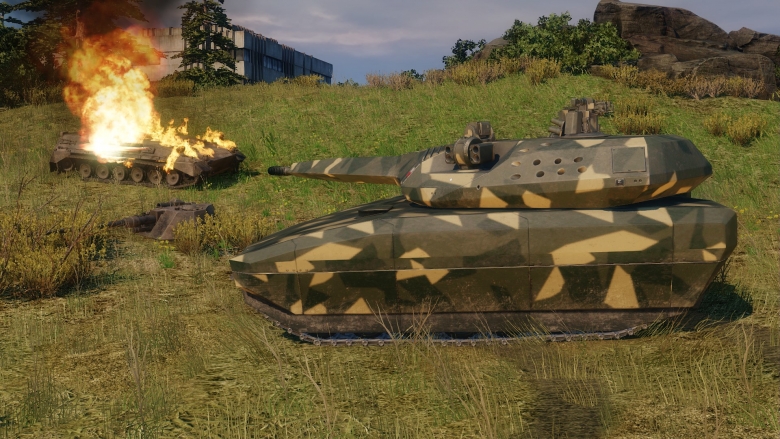 The planned modular armor, consisting of composite layers, protects the PL-01 from 25mm APDS rounds from the frontal angle (STANAG 4569 Level 5) and from Soviet 14.5mm armor-piercing bullets from the sides (STANAG 4569 Level 4). While this protection is considerably lower than that of contemporary Main Battle Tanks, the vehicle more than makes up for it with its mobility, firepower and other protective measures that include smoke grenade launchers and an active protection system.

Its estimated weight is between 30 and 35 tons and it is powered by a diesel engine boasting 940+ horsepower. Details are generally unknown, but the power-to-weight ratio (approximately 30 hp/t) is more than enough to make the vehicle go as fast as 70 km/h, even with additional armor plates attached. The unmanned turret is armed either with a fully stabilized 105mm or 120mm cannon, capable of firing NATO-standard ammunition and launching guided missiles. The gun is automatically loaded, allowing the crew to be cut to only three men (commander, gunner and driver), all located in the hull. The crew has extremely advanced electronics and various detection systems at their disposal, including a laser warning system. 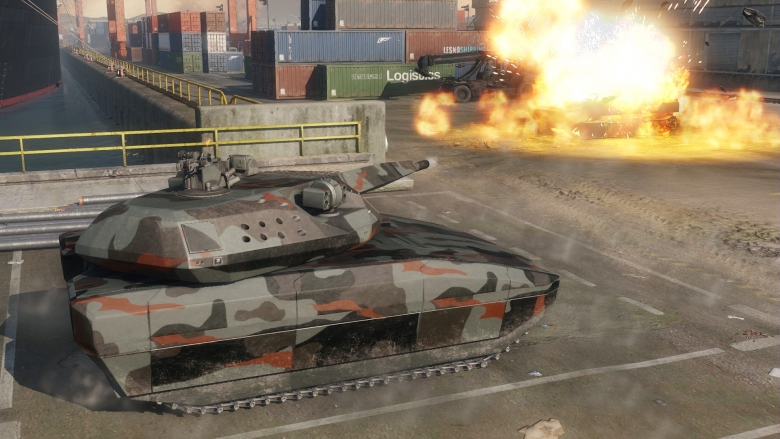 Development of the concept continued at OBRUM (with BAE cooperation) from 2013 and in mid-2015 it was announced that the vehicle (now renamed WWB Gepard) could enter production in 2018. However, in late 2015, questions started arising regarding the validity of the entire WWB concept, specifically its inferior protection levels despite the presence of advanced electronics and active protection systems.

This weakness is especially noticeable when comparing the WWB concept with modern tanks in Polish service, such as the Leopard 2. These questions arose even before the current crisis in Ukraine, but the tank battles taking place there have clearly shown that the age of the Main Battle Tank is not over just yet.

Another factor considered by the Polish Ministry of Defense is the appearance of the T-14 Armata and other "next-gen" Russian vehicles, capable of withstanding the firepower of a 120mm tank cannon and making the main armament of the Gepard potentially obsolete. This issue is further accentuated by Rheinmetall's announcement about the development of a new 130mm cannon for the Leopard 2 chassis.

As a result of these concerns, the Polish MoD announced in February 2016 that the goals of the WWB program would change from replacing obsolete Main Battle Tanks to complementing the modernized MBTs in Polish service. Heavy armor would no longer be considered "out of favor", making the future of the Gepard uncertain.

In Armored Warfare, the PL-01 is a Tier 10 Light Tank. It represents the peak of the Light Tank class and as such is very agile and fast. While its armor is not as durable as that of the MBT vehicle class, it still offers some protection against high-tier automatic cannons and low-caliber shells. Thanks to its powerful experimental engine, the PL-01 accelerates extremely quickly, reaching 32 km/h in 3.45 seconds from a complete stop. Its maximum speed is 70 km/h, but it is in agility that this vehicle truly shines. A fully upgraded PL-01 is one of the most mobile vehicles of Armored Warfare. The 120mm gun the vehicle carries can fire APFSDS, HEAT and HE shells as well as launch the LAHAT missiles.

One interesting feature of the PL-01 is its high camouflage factor (0.34), making the vehicle quite stealthy. The PL-01 can sneak around the battlefield despite its relatively large size, ambushing unwary prey, while its mobility allows it to effectively hunt down high-tier AFVs or to flank MBTs wherever possible.