In this Community Interview issue, we have interviewed the Romanian B10S battalion, the largest Romanian battalion of Armored Warfare. 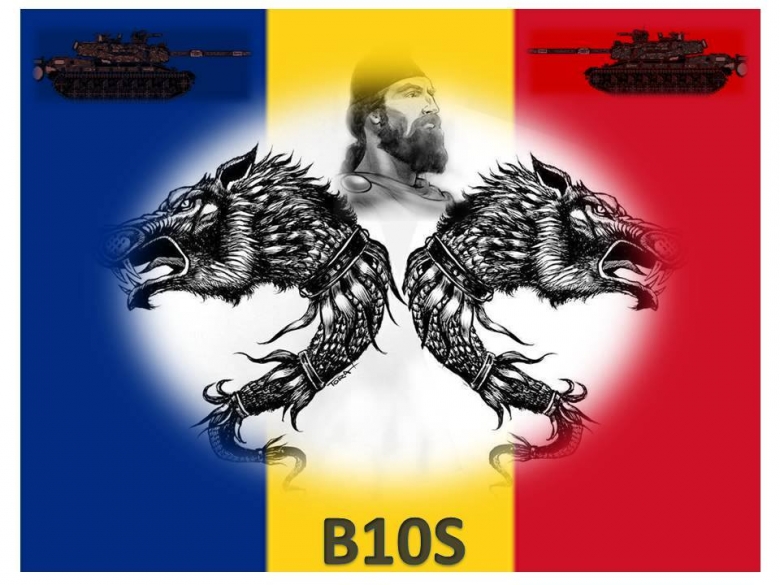 Our battalion was founded in the Early Access phase by MICROB.

Our name was at first B1OS, which meant "Batalionul 1 Operatii Speciale". That is actually a real Romanian army unit and we decided after a while that we should change our battalion name to B10S in order not to interfere with the official military unit designation.

MICROB is the battalion leader. Our ranking system has five officers (Redsky, giku85, Julean, Altair40 andCalin25). Each of them has his own tasks in the battalion (such as training, planning and recruiting). We also have members, who got promoted to officers, when they did something for the battalion, like creating multimedia, art and organizing events.

How many of you are in the Battalion?

At the moment, I think we are the biggest Romanian battalion in Armored Warfare with a total of 64 members and the ranks keep growing each day, which is a good thing both for us and the game itself.

Due to the fact that the Battalion Wars are not here yet, the main battalion activity that we perform is training with the Czech battalion 9TD and sparring amongst ourselves. We also have a lot of fun, especially in the evenings, when we gather on our Teamspeak server and play in platoons.

Of course, we would gladly take part in future battalion content. We played in some of the tournaments, organized by Armored Warfare Leagues, we had a lot of fun and learned a few things from more skilled battalions. We also played on the Public Test Server in Lords of War Season 0, which was also a lot of fun. We are currently waiting for more Armored Warfare content.

At the time, we are not focusing on creating a fictional background story for our battalion - but sure, why not. I think that we can relate to Armored Warfare's mercenary story in the sense of being a battalion from East Europe with an arsenal of skilled mercenaries and ex-Soviet armament.

We are recruiting since the battalion was founded and we will continue to do so. Our requirements are:

The person of contact is our recruiting officer Julean. Our Teamspeak address is: b1os.ts3pro.xyz

Well, we do have a lot of special moments in the game, mostly - as I was saying before - when we gather our 20-30 members on Teamspeak and we crack a lot of jokes. We are fun-loving people and we have a lot of fun playing in platoons in PvP. We have people of all ages and from all the regions of our country. We stick together.

We offer joyful atmosphere on our Teamspeak server. We also organize trainings between our members because we are a growing battalion and we have a lot to learn. There's also the training with other battalions. We do offer platoon gameplay and, in the future when there is more battalion content, we will offer the opportunity to play and achieve rewards in it to our members. Finally, we also offer media exposure on our Twitch streamer's channel: https://www.twitch.tv/microb_geo

Keep playing the game because it is great and we can make it awesome by maintaining this atmosphere in the game chat and the on forums. Let's not become toxic players like in other games and play for fun - and for performance too, why not! Have fun and see you on the battlefield!

We are pleased to announce another edition of the Tournament Week series with a list of this week's tournaments open for application!