Welcome to the nineteenth issue of the Developer Digest series. Here you can find out more about game development straight from the developers themselves, this time with answers provided by Felix Kupis, one of the lead developers of Armored Warfare! 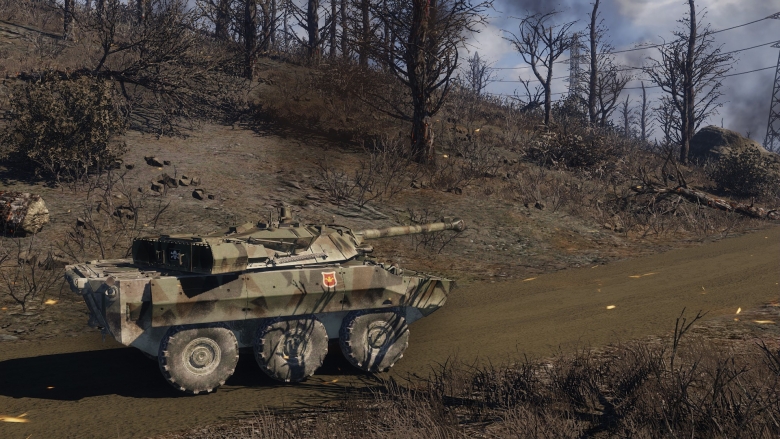 Will the Chieftain Mk.6 be buffed in Balance 2.0?
Don't worry, it's going to be alright.

Will the Challenger 2 ATDU get the Dorchester armor in Balance 2.0?
Yes, it should have it.

What tank are you looking forward to having in the game?
The Ontos. I'd also like to see Humvees.

Will there be a second Global Operations map in Update 0.19?
Yes.

Will Desert Crossing and Alabino Proving Grounds ever be available in custom match?
Yes, both will come in 0.19

What will happen to the CRAB in Balance 2.0? Will it still be able to choose between the autocannon and the missiles?
Yes.

What's the final verdict on the DRACO?
It's not being removed. It will be changed, just like the rest of the vehicles.

Will you restrict the Matchmaker to +/-1 Tiers?
Actually, the opposite is going to happen. We are going to have multi-Tier matches in Balance 2.0 because the rebalance allows it. In Balance 2.0, vehicles of different Tiers can fight each other quite easily – it's not going to be painful as in other games, where facing a two-tier higher opponent makes you want to go drown yourself. This will also allow the queue to go much faster.

What about new players?
There is an updated tutorial coming.

Will there be any maps based on real locations?
There are already several and there will be more in the future. The River Point map, for example, is partially based on a real world location.

What will happen to PvE in Balance 2.0? We want more challenge!
PvE in Balance 2.0 will be harder, so we think PvE players will get their wish fulfilled. The AI will simply play better. We got the ATGMs working for the AI as well as other things.

Any plans to allow players to keep event garages such as the Halloween one after the events?
That's a pretty good idea. We'll bring it up internally.

Any plans for the HESH ammunition?
It's getting changed in 0.19.

Can you confirm that the gun damage is getting equalized based on gun caliber in Balance 2.0?
Yes.

What about the ramming mechanism?
Ramming is making a comeback. Team ramming damage will however be lower than the damage dealt to enemies.

Will there be some reward changes in Balance 2.0?
The entire reward system is being overhauled.

What can you tell us about the No Effect status that players are complaining about?
The No Effect status info triggers when a shell collides with part of a tank that is not part of the damage hitbox – for example, firing at spare part boxes installed on the top of the hull won't damage the vehicle. We can switch the feedback off, but then you will see a lot of ghost shells, like you see in other games when hitting parts that do not damage the vehicle. We prefer to see feedback for each shell (so you know what happens), but if players don't like it, we can go back to the old system. In other cases, we changed the No Effect feedback to No Effect - Spaced Armor for example so the player can see what happened.

Are there any plans to introduce more vehicle customization beyond the two decals?
We are working on a new skinning system with special camouflages that can drop from crates and other things. We don't, however, have any ETA on that feature.

Will there be any changes to the class abilities?
The AFV ability will be changed, but MBTs won't receive class ability in Balance 2.0. Some vehicles are also incorrectly designated, for example, the AMX 10P PAC 90 is designated as a Tank Destroyer and we'll probably be moving it to Light Tank class.

What about the missile warning?
The ATGM warning is getting overhauled. We haven't decided yet whether we will tie it to the APS or some retrofit.

Are there any changes planned for the wheeled vehicles? Right now, you can hit wheels with impunity.
Yes. We are considering what to do with them – it's possible that hitting two wheels will make immobilize the vehicle or make it lose much of its speed. Right now, shooting wheels does pretty much nothing.

Will Object 195 appear in Armored Warfare in the future?
Yes.

What about some new vehicles – are there any coming soon?
Balance 2.0 will feature several new vehicles. After the lines are properly balanced, we'll start to introduce new vehicles a lot quicker.

How long does it take to implement a tank from start to finish?
Around 3 to 4 months. The modeling takes the longest.