The Chinese People's Liberation Army received the last second generation Main Battle Tank, the Type 96, in the late 1990s. It was a solid vehicle for its time, but over the years it started showing its age and while it could take on comparable threats such as the T-72 tanks, the performance of true third generation Main Battle Tanks was beyond its reach. An upgrade was clearly needed.

Not much is known about the circumstances of this upgrade's development because, as with most of the tanks developed in China, the process is shrouded in mystery. The upgrade was probably developed in the very early 2000s by NORINCO and accepted into service under the designation of Type 96A. 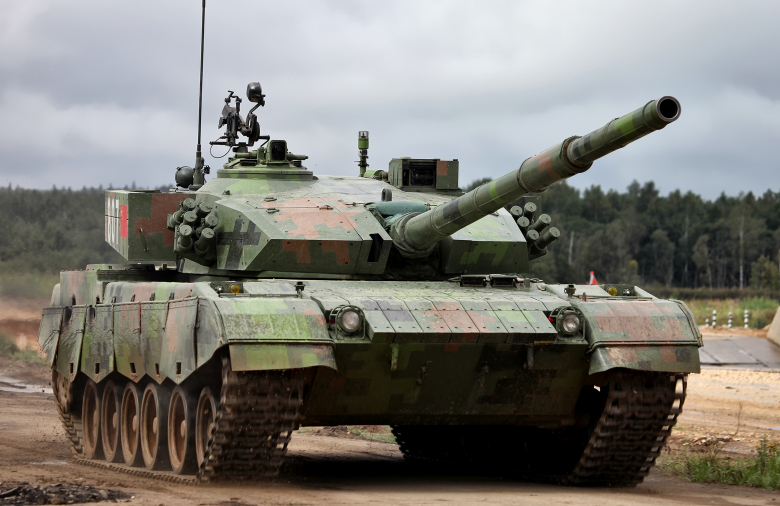 Type 96 production ran between 1997 and 2005. Roughly two thousand Type 96s were built and more than half (around 1100 vehicles) were the upgraded Type 96A variant. It is not known whether these vehicles were all newly-built or whether some were converted Type 96s.

Type 96A, or ZTZ-96A as the military calls it (this designation was incorrectly referred to as factory designation in earlier articles, we apologize for the mistake), was first officially revealed in 2006 and shown to the public in 2009 during a Beijing military parade. The vehicle is basically an upgrade of Type 96 roughly to Type 99 levels.

What makes it most recognizable is the frontal turret arrow-shaped armor, taken from the Type 99. If reports are to be believed, the original frontal turret protection of 450mm of RHAe versus kinetic shells and 850mm versus HEAT was enhanced to some 1000mm of protection versus HEAT rounds thanks to a combination of composites and an ERA kit. The ERA blocks cover the turret sides as well, making the vehicle much more resistant to ATGMs and other HEAT-based threats. The hull protection was also improved with ERA blocks and additional plating.

For added defense, the vehicle was upgraded with a JD-3 laser dazzler system, enabling it to send high intensity laser bursts (dazzling) at targets that are using their own lasers to target the carrier vehicle. The desired effect of this is the damaging of enemy optics and temporary blindness of the enemy gunner. Interestingly, Shtora-style IR dazzlers are also part of the JD-3 system, so the Type 96A is also equipped with a soft-kill APS. Additional protection measures include:

The engine used on the vehicle is disputed. Chinese sources say the vehicle uses a standard 730hp 12150ZLC V12 turbocharged diesel engine, allowing it to go as fast as 57 km/h, but, given the weight increase (an estimated increase to roughly 43 tons from 41), it's possible the engine was up-tuned to 800hp (the way it was on the Storm-1 prototype). 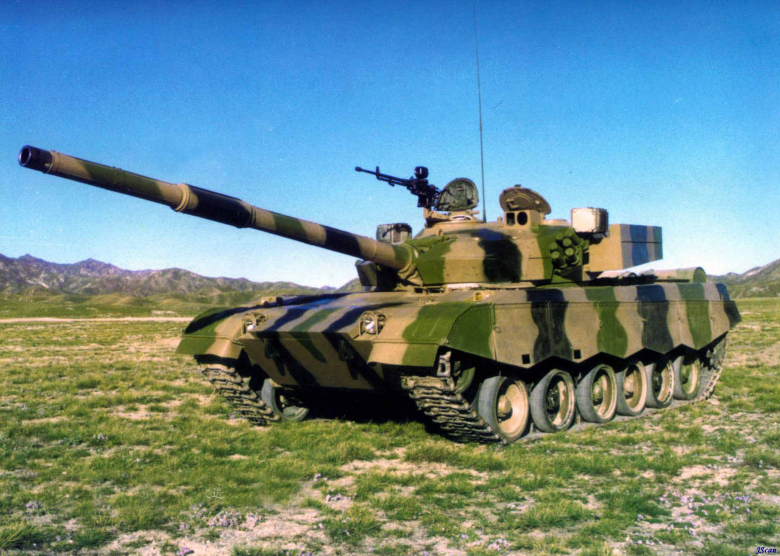 The weapon system was essentially unchanged. The tank is still armed with a ZPT-98A 125mm smoothbore gun (-5/+13.5 depression and elevation, 7 rounds per minute), but some reports claim that the original fire control system ( ISFCS-212 image-stabilized fire-control system) and other electronics were upgraded to match the Type 99 and that the tank also has a new thermal imager device. Since the tank is still relatively new, more details are unknown.

The tank is currently in active Chinese service, with perhaps 1100 vehicles serving in the Beijing area. It is not offered for export as it is, but an export-intended variant exists (possibly without the JD-3 laser dazzler component) and has been offered since 2012 – so far without success.

The only notable action the Type 96A ever participated in was the Russian Tank Biathlon annual competition where countries competed in various disciplines, including driving and accurate fire. The Type 96A fared quite well in these trials all things considered. It came third in 2014 and second in 2015. The 2016 biathlon saw the introduction of another Type 96 sub-type, Type 96B, which will be introduced in a future article. 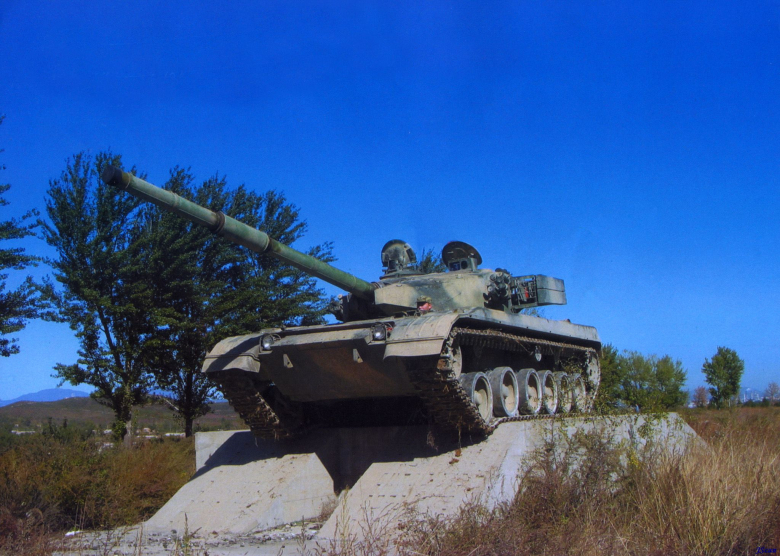 Last but not least, a word about Type 96G. Multiple western sources use the name interchangeably with that of Type 96A. In reality, however, Type 96G was a failed prototype introduced along with Type 96A. It can be recognized by its different-shaped (more protruding) frontal turret armor. The purpose of this prototype was to offer even better turret protection than the Type 96A. In most aspects it was roughly on par with the Type 96A, but it failed for two reasons:

As a result, the Type 96G was never produced.

In Armored Warfare, Type 96A will be a progression vehicle, following Type 96 in the Zhang Feng Chinese MBT line.

We hope you like it and we'll see you on the battlefield!