As the first month of this year comes to a close, we’d like to tell you more about a piece of content that’s coming in the relatively near future – a new Special Operation called Rate of Decay. 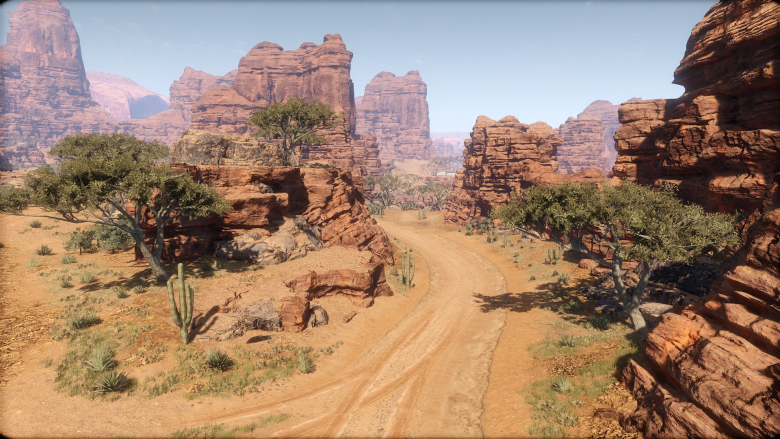 Now, we mentioned this Special Operation once before in our November article but it doesn’t hurt to refresh some older info about it. With this Special Operation, we are returning to the roots that were so popular back in the day – a continuation of the 2017 Storyline Campaign with its main heroes – Joshua Seagrove and Kathryn Grey. It was a year-long epic event that shaped the lore of Armored Warfare for years to come – to this day, in fact. 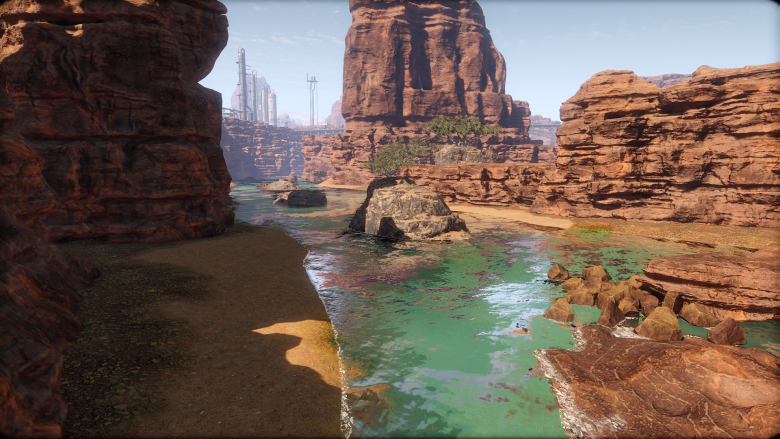 You can read a summary of its events below:

Andrew Clayburn, a reclusive billionaire and the owner of Clayburn Industries, a massive corporation with its own private army, discussed the events of 2039 with Strom, his soon-to-be commander of military forces. He recalls the tale of the Intervention - a 2038 and 2039 campaign of his forces, led by the elite Task Force Seahawk unit, to pacify the Balkan region and bring it under his heel. The mission goes wrong due to the incompetence of the local Clayburn Commander, Peter Clayburn, who orders his forces to commit genocide. Unwilling to accept such an order, the Seahawks, led by a wily commander Adrian Blackwood and his aides, Joshua Seagrove and Kathryn Grey, turn rogue and attempt to flee Clayburn's wrath from Zagreb to Istanbul.

The fleeing Seahawks take losses from both the pursuing Clayburn forces and the local militias, but manage to reach Istanbul. Blackwood employs the service of an experienced mercenary commander Fyodor Sokolov, thanks to whose contacts in Istanbul the Seahawks are able to secure transportation. Unfortunately, the only form of transportation able to carry the Seahawk armored vehicles is an old and expensive mercenary flight of C-17 cargo planes without sufficient range to take them away from Clayburn's influence. An alternative plan is made - to travel instead to Cairo and from there to an abandoned American military base where a functional ship is waiting for them.

In the end, the Seahawks capture the Al-Arish base, but not without losses. They soon learn of an impending invasion by the elite Clayburn forces, Crimson Reavers, led by Peter Clayburn. The Reavers are defeated but not without major Seahawk casualties. The Seahawks set sail to the United States aboard their ship, the Altalena. Somewhere in the Mediterranean, Blackwood, Grey and Seagrove argue what to do when they get there. A decision is taken to land in Florida, head west and take a secret facility Clayburn facility, discovered in the files left behind by Peter Clayburn.

They make their way across the ocean and land near Jacksonville. The locals are more hostile than usual due to the word of Seahawk actions in Al Arish getting ahead of them, but they eventually manage to convince the citizens of Jacksonville and the local mercs that they mean no harm. Bolstered by a few recruits from the ranks of American mercenaries, they fix an old cargo train to take them and their vehicles to Texas to attack and loot a Clayburn Industries facility before dispersing into the desert.

However, in the end, the entire journey turns out to be a trap laid down by Andrew Clayburn, who turns out to have been Adrian Blackwood all along. Joshua Seagrove and Kathryn Grey barely escape with their lives, leaving the rest of the surviving Seahawks to their fate.

The Rate of Decay Special Operation begins exactly where the campaign left off. Joshua Seagrove and Kathryn Grey are escaping from the clutches of their former commander Adrian Blackwood, who was revealed to be none other than their employer, Andrew Clayburn, having played the role for several long months as a part of a clever ploy to not only purge the disloyal elements from his private corporate army, but to also gain land, money and influence in the south of the United States of America. 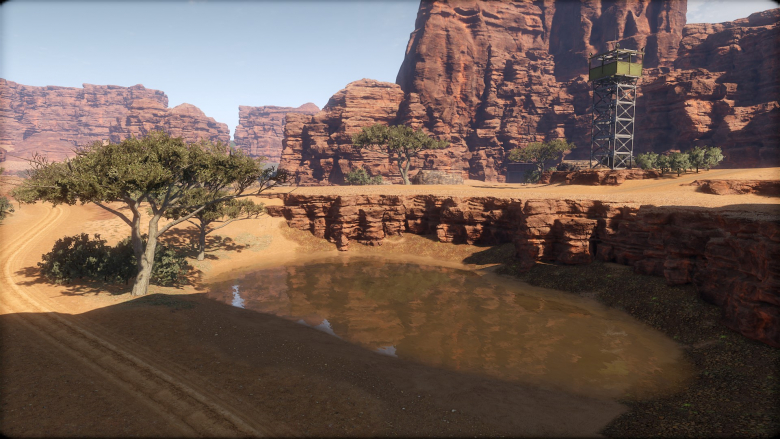 The couple of our heroes is amongst the few survivors of the ambush in Arizona and is now on the run, seeking to avoid more deadly traps Clayburn has in store for them. Fortunately, they find out they are not alone as some other scattered remnants of the Seahawk units strive to do the exact same. Joining forces with two former Seahawks, Grey and Seagrove must find the means to escape the area.

The Rate of Decay Special Operation will take you across north-western Texas where you’ll have to navigate through perilous canyons and fight your way through the ambushes while providing protection for your allies. 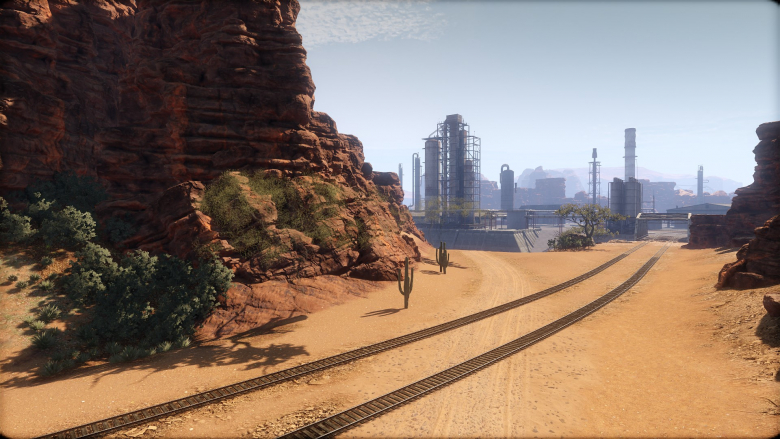 You’ll be fighting through strip mines, industrial facilities, military checkpoints and other interesting locations in a typical American desert environment. As is typical for Special Operations, this mission will take more time to complete than your usual PvE operation and careful coordination of forces will be required. But the rewards will be worth it – aside from a few decals, you’ll be able to get your hands on a gorgeous Rattlesnake camouflage as well as two dozen achievements, similar to those in the previous Special Operations. 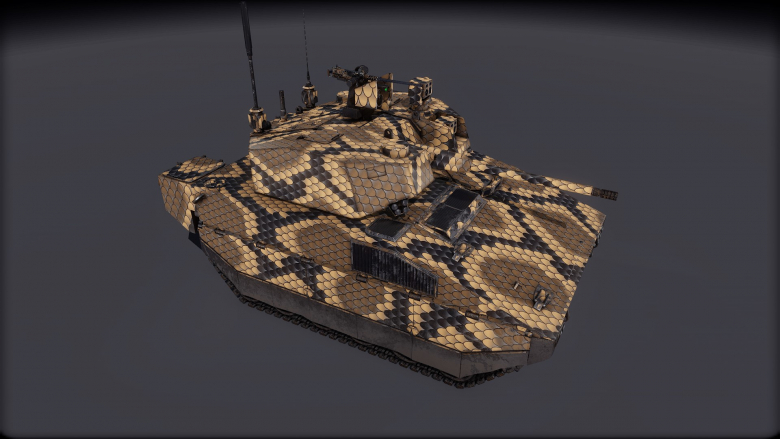 And speaking of which, we’ll be adding the Apocalypse and Exodus arc missions to the weekend Special Operation mode rotation so that you’ll be able to play them when they are available even in the future. 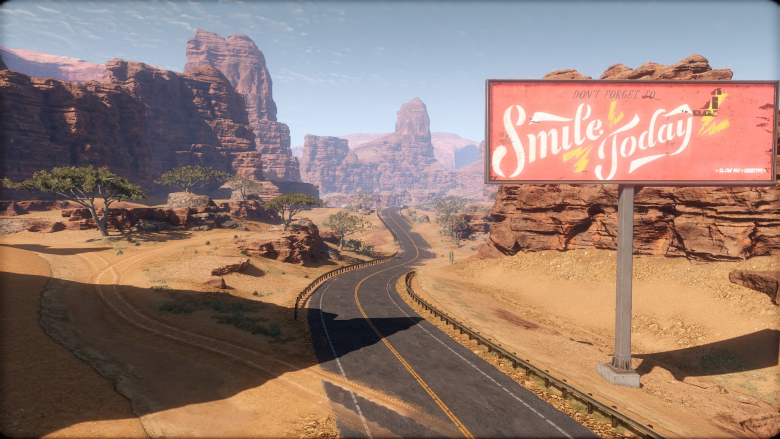 We hope that you will enjoy this Special Operation and, as always: