This is an unfinished model of the Freccia IFV. Freccia (“arrow”) is an Italian IFV built on the Centauro chassis. Originally, it was supposed to be a Tier 7 progression AFV of Francine De Laroche’s vehicle pool but in the end, it was decided against it and the spot was filled with the Leclerc Prototype MBT. 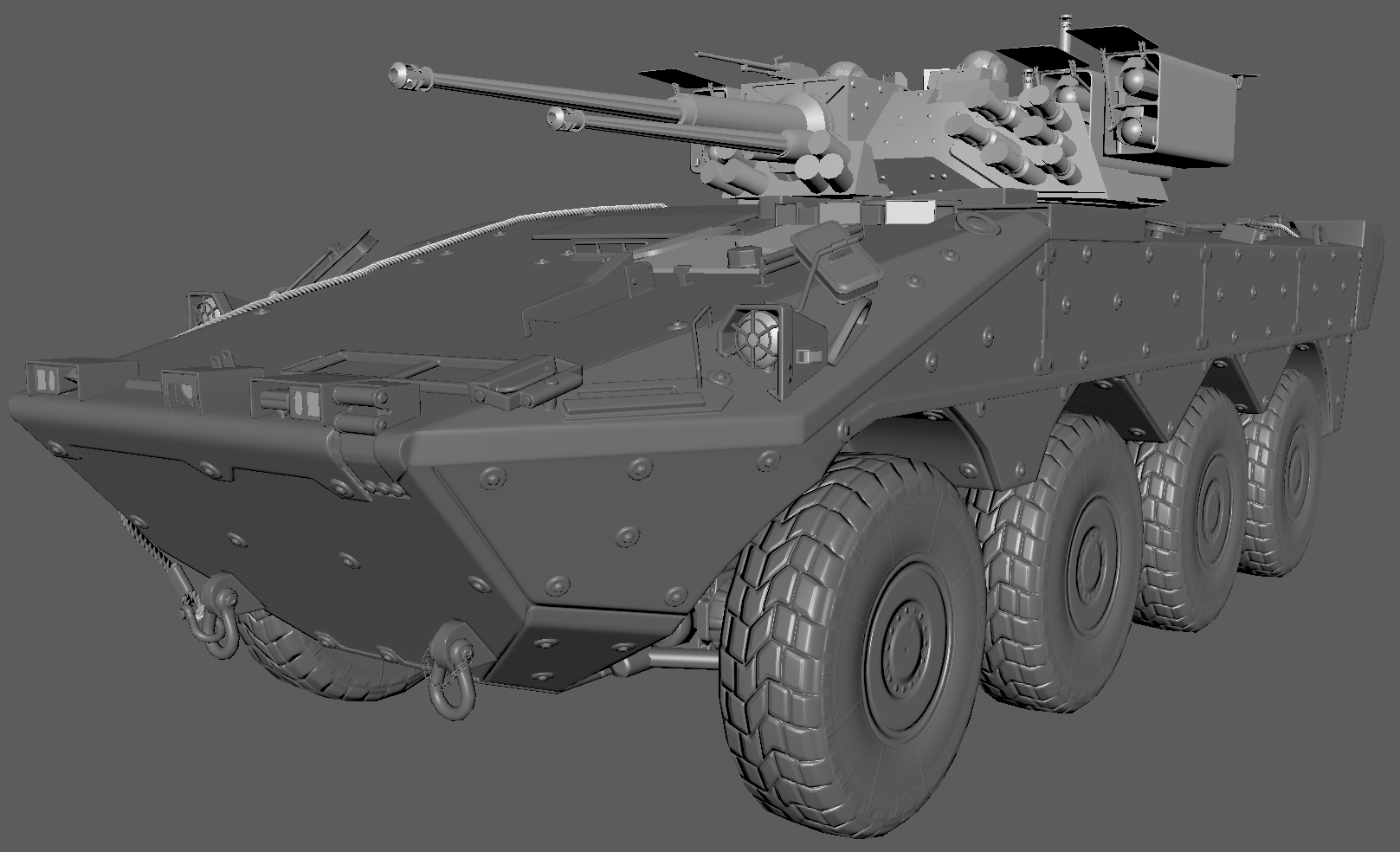 There are several reasons why this happened. First and foremost, performance-wise, the Freccia is nearly identical to another, older vehicle – the Rosomak. Unfortunately, the Rosomak is not exactly the most popular player vehicle there is and we felt like adding another nearly identical vehicle would not be the best choice for the game. The unpopularity doesn’t necessarily have much to do with the game’s balance; it’s connected to some of the engine’s core issues – in this case, 8x8 vehicles being notoriously difficult to control, which is something no amount of rebalance can fix.

Secondly, Freccia is a mix of existing components visually. While combining a Centauro hull and a Rosomak turret makes it generally easy to model, it’s hardly the most attractive choice. With our estimates of mediocre gameplay and uninteresting visuals, the decision to remove it from the line-up was a no-brainer. The same fate befell other 8x8 vehicles in the past, such as the Scipio.

Back to the Perihelion Hub.