Menu
Play now
He climbed out of his tank and looked around. The entire field he had spent two days defending was littered with the corpses of his enemies – some torn apart by explosive shells, some mowed down by the hail of bullets from his tank’s machine gun and some even crushed by its mighty threads. He took off his cap and wandered aimlessly for a while before noticing a battered book lying on the ground. He picked it up and opened it at the last page. It was a diary of sorts, written in a language he recognized instantly – it was the language of his homeland. He started reading... 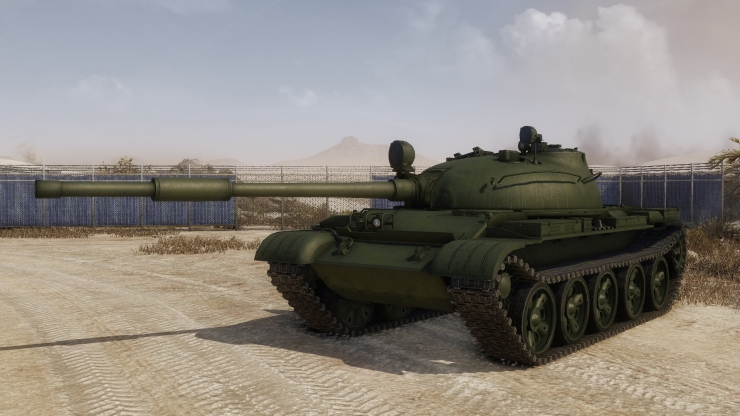 The T-62 medium tank was born from the need to upgrade or replace the aging T-54/55 series in order for Soviet tanks to be able to defeat their new western counterparts in battle (the history behind the T-62 early development is described here). This tank's 115mm smoothbore gun was a notable upgrade over the earlier rifled D-10T. The "competition" (the D-54TS rifled gun) lingered on for a while thanks to its newly developed tungsten-core subcaliber rounds, but once these became available for the U-5TS smoothbore as well, the D-54TS finally disappeared from future tank proposals. Originally, the T-62 was supposed to be a stopgap measure before the appearance of the newer T-64 tank from Kharkov, but in the end it was produced in the Soviet Union until 1975 with more than 20 thousand made and it formed the backbone of the Soviet forces for many years.

“I hate them all. Oh how I despise them – these invaders and their decadence. They come. They kill. And for what, money? This is not their land. This is our land. The eternal desert will devour them all, the Lion will crush them in his holy jaws. We shall purge them all by fire; such is the will of Nequiel! We...” The sentence was left unfinished, trailing away into a couple of ink spots as if the writer had left in a hurry.

Unlike the T-64 later on, the T-62 was released for export quite soon – after all it was scheduled to be replaced anyway. In the end, over 5000 of these tanks were exported. Interestingly enough, most Warsaw Pact countries were not keen on purchasing this vehicle – there are rumors on the internet about the T-62 being license-produced in Czechoslovakia or Poland but this is a myth. This vehicle was not produced in either country – this misinformation probably comes from western sources and was unfortunately mentioned by Steven Zaloga as well. Both countries evaluated it, but the vehicle was actually quite expensive (the price of an imported T-62 was roughly 50 percent more than for the T-55). The other thing was that the Warsaw Pact militaries knew full well that the Soviets themselves were preparing to replace this vehicle and buying expensive tanks that were considered only temporary was thought to be a waste of money. In the end, T-62s were generally exported only to Arab countries (to replace heavy losses from the wars with Israel), Cuba, some African countries, Vietnam and North Korea (that produced its own version until the eighties). One very peculiar case was the Damansk incident from March 1969 when Soviet forces lost a T-62 that drowned in a river during fighting with the Chinese – Chinese troops were able to recover the lost tank and the technologies salvaged from it were used to significantly advance their own tank development. 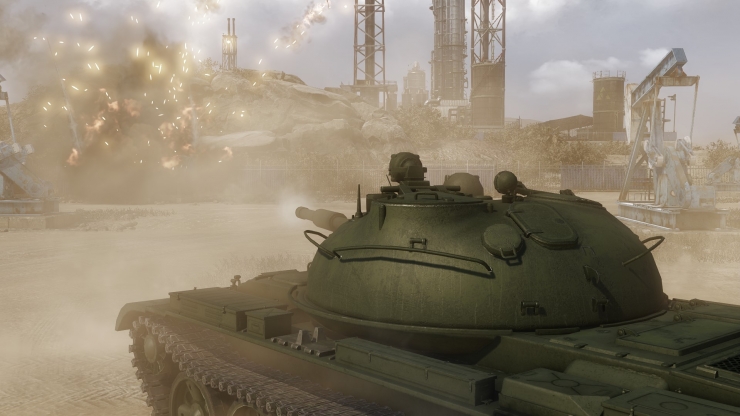 “And so he did", he thought, seeing a corpse lying nearby. The Nequiel trooper – or what was left of him – was clutching a page torn from the same book, a page with a single name of it. He gently pulled the page out of the dead man’s grasp, inserted it back into the diary and pocketed it in his jacket. Perhaps, he thought, one day when this was all over, others would take a look at such mementos of the past. After all – this desert was indeed eternal but the Lions most certainly were not.

The T-62 took part in several notable conflicts. During the Yom Kippur war with Israel, Arab tankers managed to cause some losses to Israeli tankers, but in the end Israeli training prevailed and the Sho't Centurions managed to destroy dozens upon dozens of Syrian and Egyptian T-62 tanks. Despite the massive Arab losses, the Israelis did consider the T-62 to be a lethal enemy and used a number of captured T-62 tanks themselves under the designation Tiran. Another major conflict the T-62 took part in was the war in Afghanistan, where it proved to be extremely vulnerable to ambushes and mines and the Soviets lost 385 T-62 tanks throughout the conflict. Nevertheless, the T-62 continued to be a popular choice and hundreds remain in service in various parts of the world.

In Armored Warfare the T-62 is a tier 3 main battle tank. Of the three MBTs of its tier, the T-62 is the best protected one – its frontal sloped armor as well as a very tough turret offers it quite an advantage. This is compensated by a lower mobility and acceleration – although far from being a slowpoke, the T-62 does not accelerate as well as other MBTs and is not very maneuverable either.

The vehicle more than makes up for that with its firepower – the 115mm U-5TS gun can fire multiple APFSDS, HEAT and HE rounds, making it a versatile tool for any situation. It is the most powerful regular vehicle gun of its tier and while not as accurate as the M68 of the Patton or the L7 of the Leopard and suffering from poor gun depression, it can deal tremendous amounts of damage very quickly, making the T-62 a formidable front line brawler. The T-62 is suitable for players who like relentless advances under the hailstorm of shells, while dealing heavy blows to their opponents.