Menu
Play now
He disliked it as soon as he saw it. The bulky heavily sloped front reminded him of a boat – and you don't send a boat to do a tank's job. And then there was the commander – a morose brute of a Russian, ex-military. 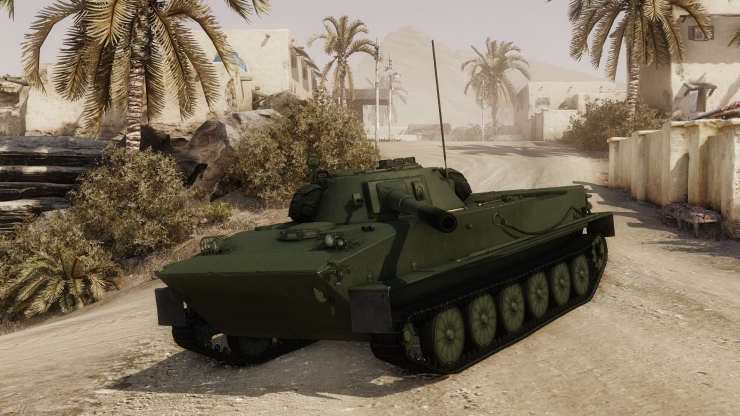 The PT-76 is an amphibious light tank. It was developed due to the need for a swimming-capable vehicle for European battlefields, known for their numerous water obstacles, which would also be capable of both supporting infantry and ferrying them over. This requirement was quite dubious and was not really suitable for the conditions of the European battlefield but remained embedded in the minds of both western and eastern strategists for decades to come.

Development began in 1949 in Chelyabinsk (under the famous Soviet designer N.F.Shashmurin) with VNII-100 (a Russian Research and Development Institute branch) oversight and with assistance from the "Red Sormovo" plant design bureau (led by Zhosef Kotin) under the designation of Object 740. The prototype was built in the February of 1950 and in March and April it underwent factory trials. By July-August 1950, two prototypes were already in existence and were in the process of modification based on the results of the factory trial, which they passed. 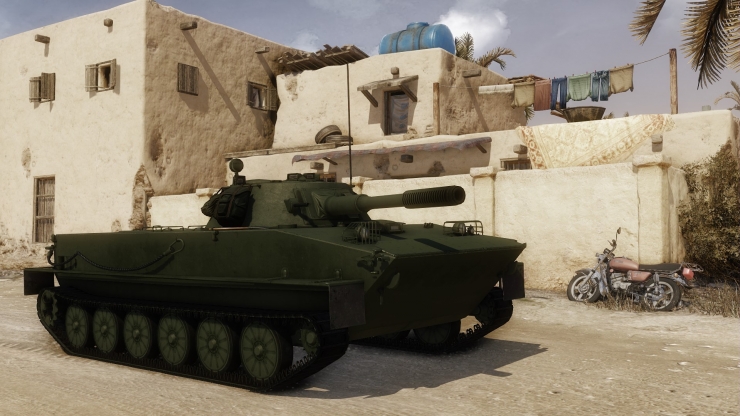 After defeating a competing project (the K-90 prototype light tank) thanks to its superior off-road capability, the vehicle was accepted in service under the designation of "PT-76" ("swimming tank, armed with 76mm") on 6.8.1951.

The PT-76 was produced from 1951 to 1967 and several variants and modifications emerged throughout the years as well as another Chinese tank developed from the PT-76, known as Type 63. A total of around 3000 were built (including the foreign variants), although sources differ.

They started off on the wrong foot when he aimed his rifle at the vehicle's side and shouted "I bet this could punch a few holes in your armor!" The only response he got was a heavy machinegun aimed at his vest-protected body and a laconic "Perhaps, but I know this would in yours".

The 76mm gun – while adequate for the early 50s – soon became obsolete, but even under those circumstances and with its thin armor, the PT-76 often served as a "poor man's tank" and participated in several notable conflicts, including the Vietnam War, the Yom Kippur War, a series of conflicts in former Yugoslavia and the Iraq War. It was widely exported all across the world, especially to the former Soviet bloc countries as well as to the Soviet-friendly forces in Africa and Asia, although Czechoslovakia notably refused to field this vehicle type citing insufficient protection. 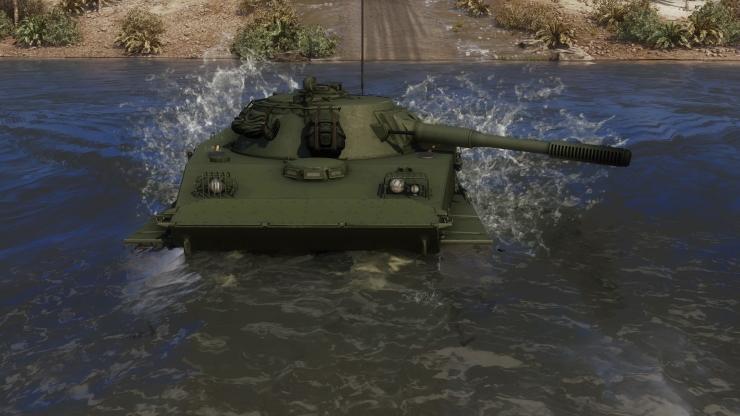 Its ability to cross bodies of water as well as the low weight of the vehicle came in handy in the difficult conditions of Asian battlefields, especially in the jungles and mountains of northern Vietnam where the PT-76 was one of only a handful of armored vehicle types able to operate there as the terrain proved too difficult for heavier tanks.

He learned to appreciate the vehicle, however, as his unit was pinned down in the marshlands by about a dozen Cartel troops a few days later and the tank showed up from a direction nobody was expecting. The fight was over only a few minutes later.

In Armored Warfare, the PT-76 is a tier 1 light tank. While not nearly as fast and agile as the M113 AFV, it's definitely no slouch either, reaching speeds of up to 40 kilometers per hour. Its armor is thicker when compared to one of the other low tier vehicles and its steep frontal armor slope allows the PT-76 to bounce and ricochet off a number of enemy shells, especially when the vehicle is angled properly. The true advantage, however, lies in its firepower: the 76mm D-56T gun can tear practically any low-tier target apart with its high explosive and HEAT shells, doing massive damage with every successful hit. 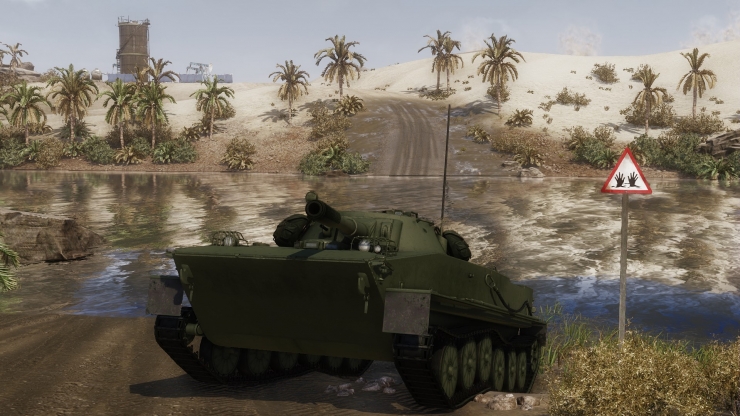 The vehicle however has some notable disadvantages as well – it turns rather slowly and does not accelerate nearly as well as other vehicles on lower tiers. It is also large and rather conspicuous – the PT-76 will not hide easily due to its size and will get spotted quickly if relying too much on soft cover.

Players are advised to use the vehicle's accuracy on the move as well as the firepower of the 76mm gun to aggressively move forward against their opponents, flanking them and bringing the weaponry to bear against weaker enemy sides.