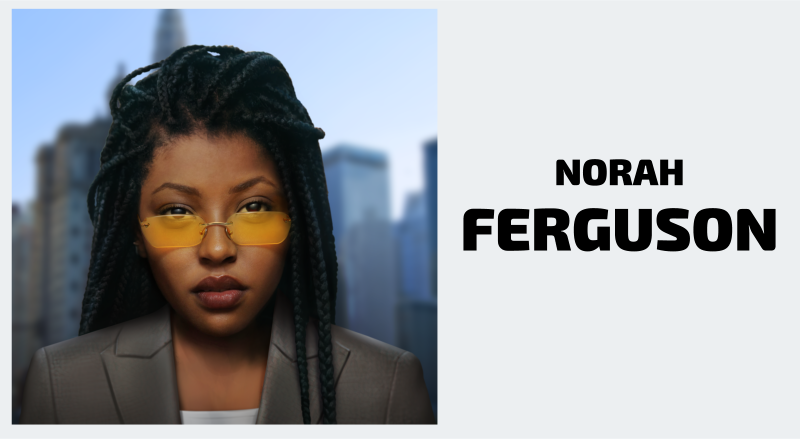 A Chicago native, Norah Ferguson grew up in a crime-ridden neighborhood where women have to be just as tough as men, or even more so. Having eschewed the street life so many of her childhood friends succumbed to, quiet and resourceful Norah managed to pull herself up by her boostraps by taking on menial jobs by day and studying hard by night, finally landing her a scholarship at Caltech, reserved only for the brightest of students. Her keen mind and scientific brilliance, in which she surpassed many of her teachers, earned her the attention of David Murdoch, who offered her a job immediately after her summa cum laude graduation.

Having started as a mere secretary, she worked her way up to the position of Murdoch’s top aid with the nominal title of “Warmaster”, a source of constant mockery amongst the Perihelion rank and file (although none would say it to her face). Few in Perihelion are aware of its true meaning and the responsibility that comes with it such as Instance management or the search for specific individuals that would fit Murdoch’s agenda.

Equally bright and shrewd, Norah Ferguson’s the embodiment of utility mixed with little sentiment and only the highest of stakes make her display any real emotions. Following the creation of Perihelion, she’s studied military history and tactics extensively and has undergone several combat training programs. As a result, she’s well-versed in the arts of war and fully capable of defending herself in the field.

Back to the Perihelion Hub.