Today, we’d like to reveal to you the ultimate Warlords of the Wasteland Battle Path premium campaign rewards – the Altay MBT and a new Battle Path-exclusive commander, Alisa Korhonen!

The introduction of the Altay MBT was unveiled quite a while ago and you can read more about it in an older dedicated article. The Altay is the result of a Turkish program to build a true indigenous MBT. After a decade of development with hundreds of millions of dollars spent, Turkey finally achieved its goal and built a tank that is roughly on par in performance with decades-old Leopard 2 variants while it still uses many foreign components, including some of its most critical systems. Its mass-production was first announced two years ago – rather optimistically, as the import of some critical parts would become delayed due to Germany generally not being fond of the recipients of its technologies invading other countries. Nevertheless, it seems that a recently re-announced production run spells a bright future for this upcoming tank. 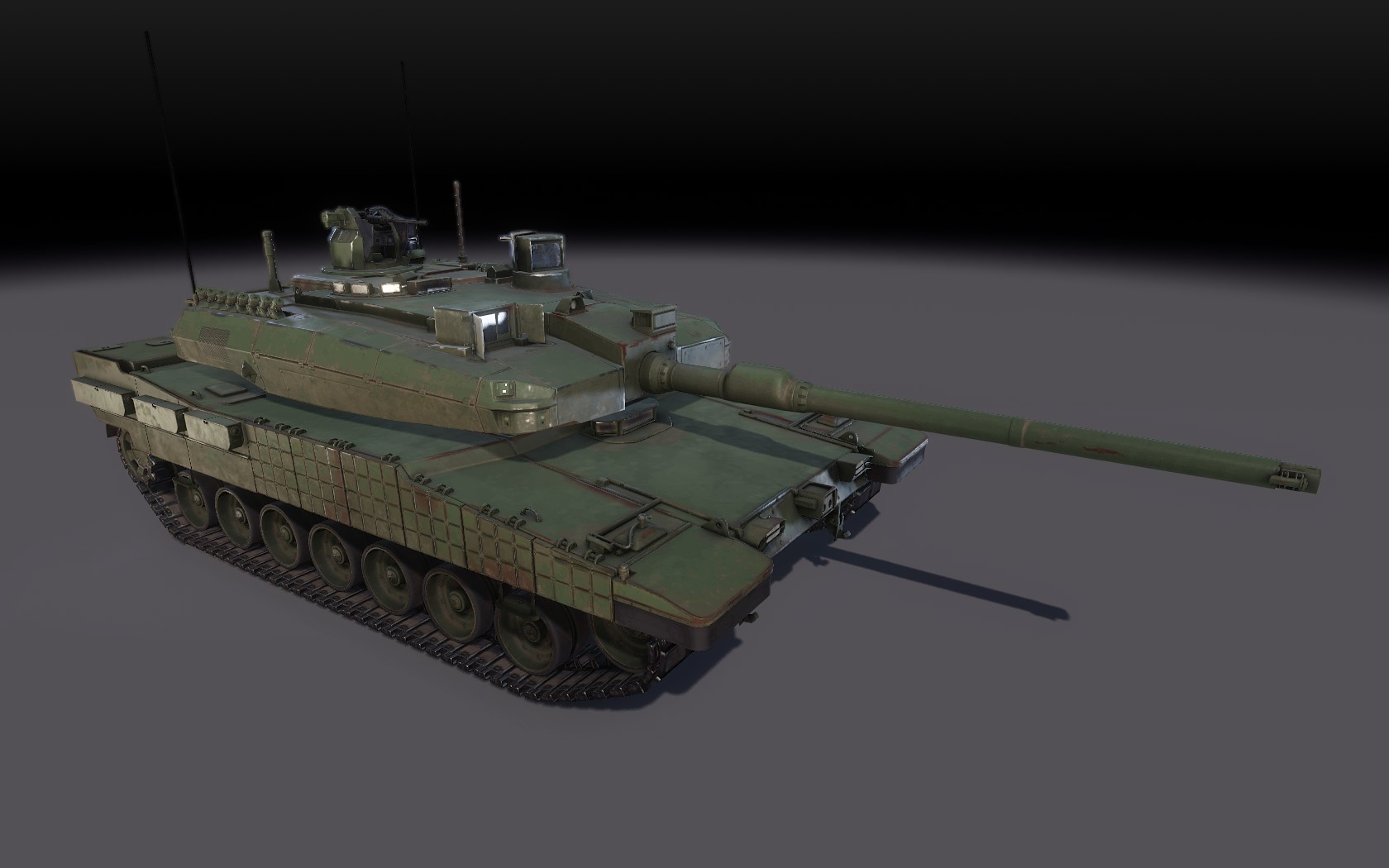 In Armored Warfare, the Altay will be a Tier 10 Premium Main Battle Tank based on the current prototypes, but also upgraded by various hypothetical aftermarket components of the future to surpass its current capabilities and to match its assigned Tier in power. The basic tank will be – gameplay-wise – a mobile sniper, much like the Leopard 2 series, relying on its mobility and the penetration of its shells (second only to Leopard 2AX) rather than on its armor, although its protection levels will match those of a high-Tier Leopard 2 (with superior anti-HEAT protection). But, unlike the Leopards, the Altay will be far more agile and stealthy thanks to its two key features:

These formidable traits will be complemented by the high firepower of the tank’s cutting edge 120mm gun, with a 5-round Ready Rack, ammunition rack with blow-out panels and a cutting edge APS with both hard-kill and soft-kill abilities. In addition to this tank, a special gold-blue Altay skin will be available only to the most dedicated of wasteland warriors.

Speaking of wasteland warriors – we’d like to introduce you to one. Alisa Korhonen will be a Battle Path-exclusive commander that will join your ranks if you progress far enough.

Alisa Korhonen is 21 years old and hails from southern Finland. She was born in Espoo (near Helsinki) in a family of a military doctor and followed in her father’s footsteps by becoming a soldier. Her first command was a humanitarian mission in the Middle East, where she grew fond of one of the local rebel groups, enamored with the romantic notion of resistance against all odds. Eventually she eschewed her duties to the military and became a leader of a warband of her own.

In Armored Warfare, Alisa Korhonen will have a very special Basic Skill called Mysterious Stranger. Whenever a vehicle commanded by Alisa damages an enemy vehicle, there is a chance that her mysterious ally from off the map will fire a guided missile that will swoop in from above and hit the same enemy. The more damage you deal per shot, the higher the chance of the Mysterious Stranger missile being launched. The incoming missile is guided to an extent, but its arrival will be announced to its target. It is possible to outrun it and make it miss – that, however, requires the targeted player to immediately start moving. The skill is therefore the most effective when used against slow-moving targets. The missile damage scales with Tier and the skill also has a cooldown.

In addition to this skill, Alisa will have the access to a number of other skills, including the following bonuses:

And others. The commander will have two distinct configuration options – one for the MBT class and one best suited for AFVs. It will be a very versatile commander, configurable in multiple ways.

We hope that both prizes will be to your liking and will see you on the battlefield!