The Wiesel 1 HOT is a special variant of the Wiesel 1 vehicle family. The idea to mount HOT launchers on the Wiesel 1 chassis (although it wasn't called that back then) was first mentioned in the initial set of tactical requirements (Taktische Forderungen) in 1970. 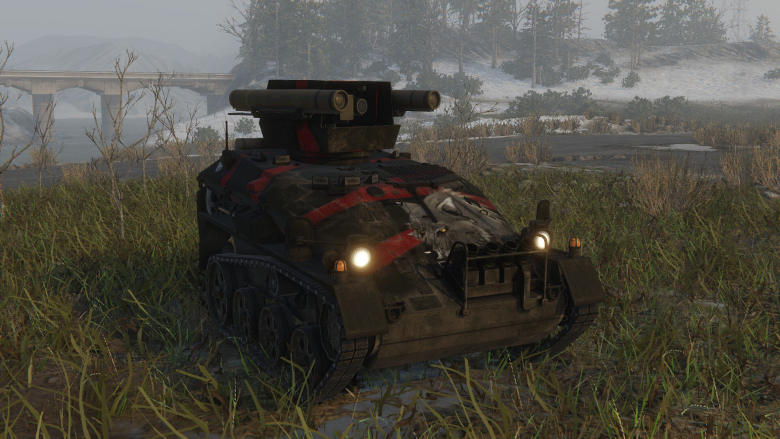 The Euromissile HOT (Haut subsonique Optiquement Téléguidé Tiré d'un Tube, or High Subsonic Optical Remote-Guided, Tube-Launched) ATGM system was a logical choice for the upcoming vehicle. It was co-developed by Germany (Bölkow) and France (Nord) to replace the older SS.11 system and development was well under way by 1970. The 136mm caliber missile was quite powerful too – in 1976, when limited production began, it could penetrate around 800mm of RHAe (that was in theory 200mm more than a comparable TOW model) and had a maximum range of 4000 meters.

The initial Porsche proposal that was later declined changed the launcher type to the TOW launcher and that spelled the end of the HOT variant for nearly 30 years. The reasons for this switch are not actually public, but they are not that difficult to discern. For one, German-American military development cooperation was still well under way in 1970 and the Germans were generally willing to make some compromises and concessions to see it succeed. Secondly, the original TOW system had not only been developed in the early 1970s, it had been battle-tested (the first use was during the Vietnam War) – it's possible the Germans saw it as a more realistic option than the HOT, which only entered limited production six years later. 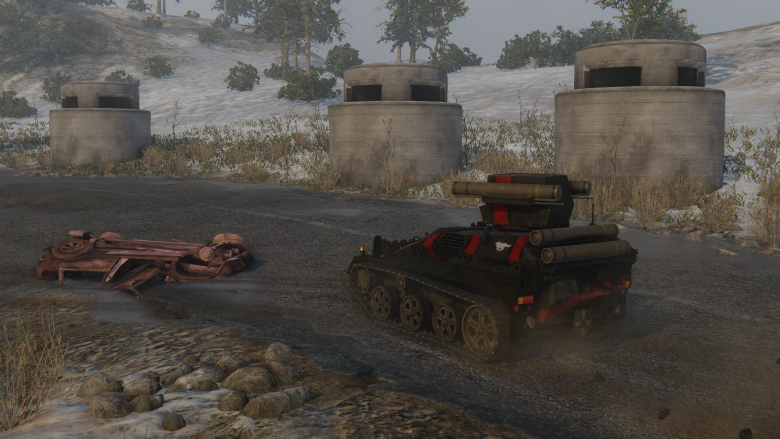 A prototype of another HOT-equipped variant of the Wiesel 1 was introduced to the public during a special event in 1998 – the opening day of the Luftlandebrigade 26 "Saarland" (Paratrooper Brigade 26). This variant was a result of joint development by Euromissile and Thomson TTD Optronique.

Unlike the previous TOW version, the launcher was an integrated part of a module called ATM (Anti-Tank Modular System) combining the launcher with advanced electronics and optics that included:

Interestingly enough, the electronics module could be extended by approximately 2 meters to provide a better vantage point. The turret was unmanned with the operator sitting in the hull.

This vehicle was not a pure tank killer – it could perform a wide range of reconnaissance tasks and even engage armored targets. Against softer targets, the vehicle was equipped with a 20mm Rheinmetall cannon, which, depending on the task at hand, could be exchanged for a 12.7mm machinegun or a grenade launcher. 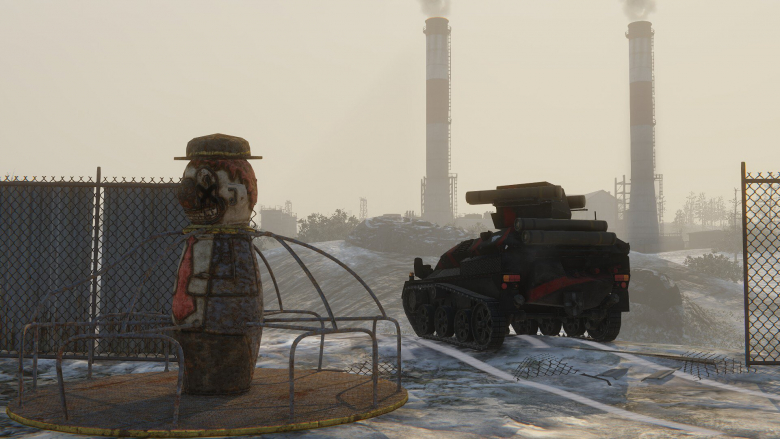 Another ATM prototype appeared during the 2004 German Infantry Day event (Tag der Infantrie), this time with even more advanced optics. The autocannon was dropped on the most advanced version, leaving it with just the launcher and machinegun. There is another variant with two launchers instead of one and it is this vehicle that was implemented as a Tier 7 Tank Destroyer in Armored Warfare.

The HOT system installed on the ATM kit is of course not the same system that was proposed in the 1970s. The newest variant (HOT-3), developed in 1998, features a 150mm tandem warhead and is not only capable of defeating ERA thanks to it, but, at least according to some sources, can also penetrate over 1000mm of RHAe. Additionally, the missile's maximum range was increased by some 300 meters to 4300 meters and more advanced anti-jamming measures were fitted. Older HOT variants were widely exported after their introduction and even saw some combat (the latest of which being in Syria this year).

Thomson and Euromissile offered the ATM solution to Bundeswehr, demonstrating its qualities on the abovementioned prototypes. However, the HOT-armed Wiesel ATM could not dislodge the TOWs that were firmly entrenched in the Bundeswehr supply chain. 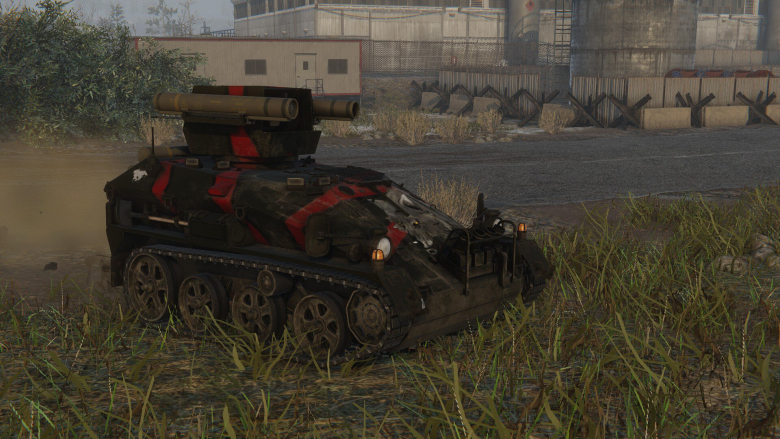 In Armored Warfare, the Wiesel HOT is available in two versions – the standard Tier 7 Tank Destroyer in Sophie Wölfli's tree and the premium Wiesel HOT WOLF Tier 7 Tank Destroyer with special camouflage. Both were introduced in Update 0.19 to replace the old Wiesel 1 model. The Wiesel 1 HOT can currently be obtained by unlocking it from another new Tier 7 vehicle, the Warrior MILAN.

The Wiesel 1 HOT is one of the most mobile vehicles of its class. It's very fast and extremely nimble – much more so than wheeled Tank Destroyers. However, it is also small and fragile and has to rely on stealth to survive. The Wiesel 1 HOT is an ideal vehicle for players who want to keep their enemies at longer distances and snipe them with powerful missiles.