Vickers was always one of the strongest names in British military engineering. Founded in the 19th century, it was amongst the most influential weapon makers in the world by the start of the Second World War. Its portfolio included both arms and vehicles. 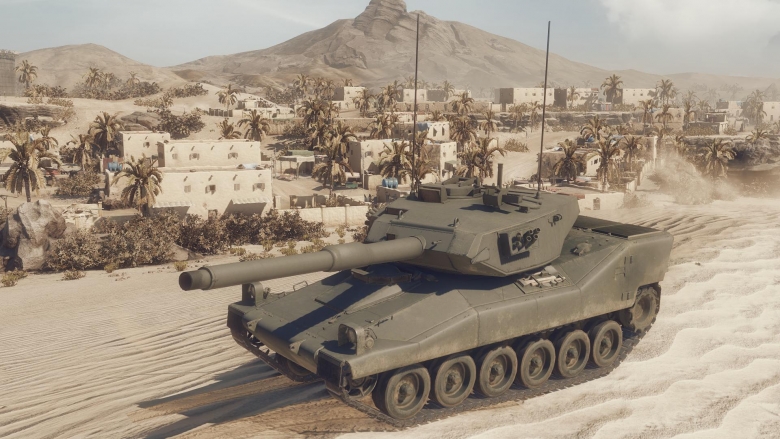 The Vickers 6-Ton Light Tank was amongst the most influential tanks of the early war period. It was an excellent vehicle for its time but, unfortunately for the British, it was only produced for export. The Polish 7TP and Soviet T-26 were both development variants of the original Vickers tank and the Russian T-26 especially was produced in extremely large quantities. As the war progressed, Vickers started producing another famous British tank, the Valentine.

However, after the war there was little need for mass weapon production and with the surplus flooding the markets, Vickers fell upon hard times. The company underwent several transformations, including a merger with Alvis, and finally ended up as BAE Systems Land Systems (Weapons & Vehicles) Limited, a subsidiary of BAE, in 2004.

Before that, Vickers produced several rather interesting designs. The most well known are the Vickers MBT (named Vijayanta in Indian service) and the Vickers Mk.5 Light Tank.

The Mk.5 was designed in the 1980s in cooperation with the American FMC Corp and the first prototype was ready in 1986. The vehicle officially completed firing and mobility trials in 1987.

While it might seem strange for a company to produce a well-armed light tank in the mid-1980s, the philosophy behind the design was quite unusual. It was created as a response to increasing demand for a light vehicle with excellent firepower to form part of the newly formed rapid-response units that were starting to appear all over the world at the time. Usually, such units would be equipped with light vehicles armed with ATGMs, but the rapid development of armor and other protective measures in the 1980s led the Vickers engineers to believe that a classic cannon still had a place on the modern battlefield, perhaps even more so than before. The powerful British 105mm L7 rifled gun it was armed with had sufficient firepower to knock out any target the vehicle might encounter, using either modern APFSDS shells or British HESH shells. The gun was fully stabilized and came with an advanced Marconi fire control system. It could be elevated to +20 degrees and lowered to -10 degrees, but only when facing forward. 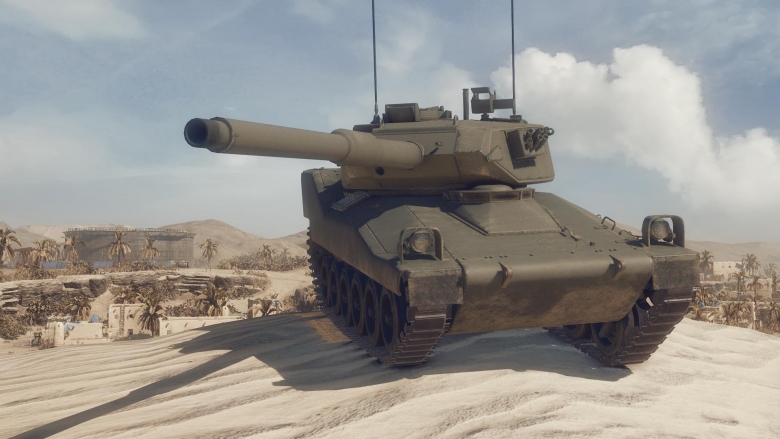 The vehicle had to be light, a maximum of 20 tons, low and fast. To be suitable for rapid deployment forces, it also had to fit in contemporary cargo planes such as the C-130 Hercules. It could be deployed by the Low Altitude Parachute Extraction System. Its armor was thick enough to allow it to survive until something heavier came along. It consisted of a welded aluminum hull and hardened steel applique plates. Aluminum was used to keep the weight down but, if the customer wanted increased protection, Vickers also offered to equip the vehicle with an ERA kit.

The design itself is actually quite interesting. For one, it's not originally British but based on the FMC Close Combat Vehicle – Light (CCV-L), a contender in the U.S. Armored Gun System (AGS) program. In this sense, the Mk.5 is actually related to the American M8, but the main drawback of the CCV-L was that it was extremely expensive, something most potential clients for the VFM could not afford.

Unlike the American system that had a crew of two men and was equipped with an autoloading mechanism for the gun, the VFM Mk.5 had a crew of four and no automatic loader. Sufficient manpower was rarely an issue for the type of clients the design was intended for, while complicated mechanical devices might cause maintenance issues. On the other hand, the inclusion of two additional crewmembers along with the size and weight restrictions did cause a number of ergonomic problems, especially inside the turret. 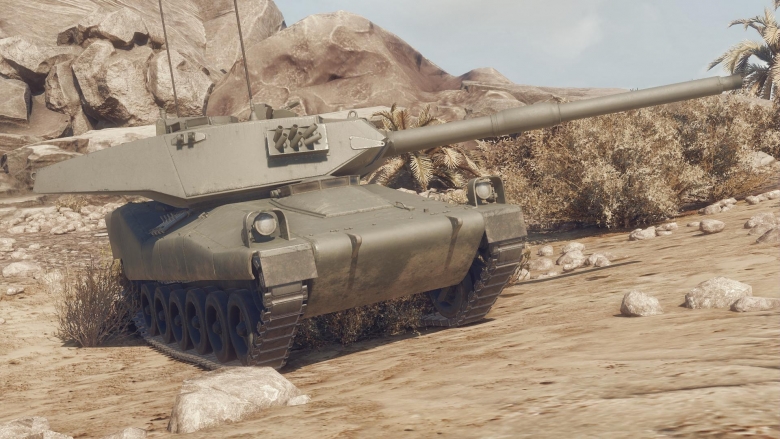 One of the most interesting features of the VFM was the fact that the turret was actually tilted 3 degrees forwards, which is quite unusual for any armored vehicle.

The Vickers VFM Mk.5 was powered by a Detroit Diesel 6V-92TA 552hp diesel engine, giving it a power-to-weight ratio of 28 hp/t, which was quite excellent. It had torsion bar suspension with drive sprocket at the rear. The VFM Mk.5 could reach a speed of 70 km/h on hardened surfaces.

While a solid design in its own right, unfortunately, the VFM Mk.5 came at the wrong time. Just two years after the completion of all the required trials, the Soviet Union started collapsing and thousands of cheap armored vehicles flooded world markets. The VFM Mk.5 never found its intended buyer and the entire project remained at the prototype stage.

In Armored Warfare, the Vickers VFM Mk.5 is a Tier 6 Premium Light Tank, available for 3250 Gold from Marat Shishkin. For players who love speed and mobility, it is one of the best premium vehicles in the game. 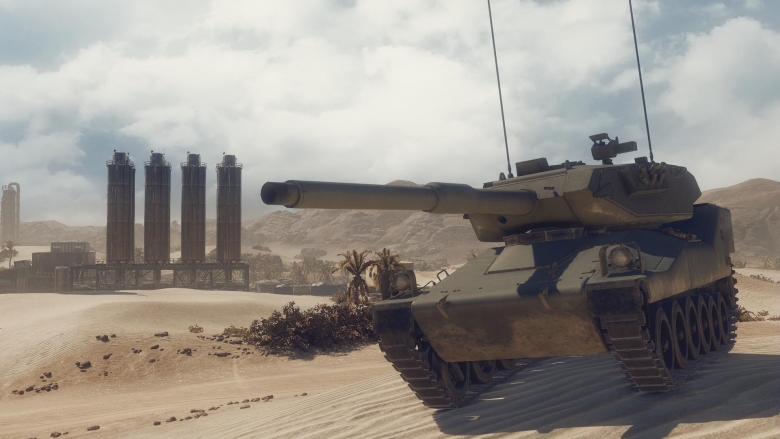 For its tier and class it is well protected with 140mm (turret) or 162mm (hull) thick frontal armor. The excellent armor slope allows it to deflect most automatic cannon shells, although the fact the armor is made from aluminum decreases its effectiveness somewhat. It is, however, also equipped with smoke grenades, allowing it to conceal its movements and get out of trouble fast if need be.

Its 105mm gun can penetrate even heavier MBTs and is on par with other 105mm guns of its tier. Mobility is also excellent, with the VFM5 accelerating to 32 km/h in 2.9 seconds and reaching a maximum speed of 68.4 km/h. The VFM Mk.5 is equipped with four retrofit slots:

This makes the VFM Mk.5 an extremely versatile vehicle that can be configured in many different ways. Regardless of configuration, gameplay basics remain the same – use your mobility to flank heavier opponents and tear into their unprotected sides.