The VBL, much like the VBR, its larger successor, is a light, four-wheeled armored fighting vehicle, designed for multiple roles while offering its crew basic small arms protection. It is a compact machine, capable of great speeds and a wide variety of duties, including reconnaissance, liaison tasks or even armored vehicle killing. 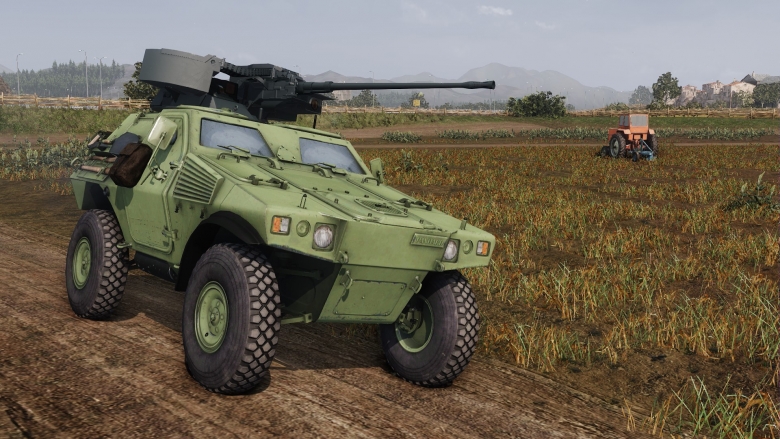 It was developed by Panhard in the late 1980s and its designation stands for Véhicule Blindé Léger (Light Armored Vehicle). In a way it was designed for the "old" type of war – symmetric warfare where units in such vehicles wouldn't be the most common target of enemy attention. The original purpose of the program was to replace the American Jeep vehicles still in French service in the late 1970s and to provide the French army with a light and affordable platform for multiple weapons systems.

VBL armor is very thin – it is STANAG 4569 Level 1, which means it can withstand only small arms non-AP ammunition and grenade blasts. It doesn't protect it from mine blasts and IEDs, something soldiers have to face in today's asymmetric warfare. One incident involving an IED explosion took place on February 27 2013, when a bomb exploded near a VBL driven by two French soldiers in Mali, near Adrar des Ifoghas. One was seriously wounded and the other lightly wounded, but the vehicle was wrecked.

That, however, also means the vehicle is very light. With its 3.5 tons in basic configuration, the VBL can not only be transported by a standard NATO cargo plane (the C-130), but can also be carried by a transport helicopter or even (if the situation requires it) dropped by a parachute. Unlike other vehicles of this type, it is also amphibious and its swimming speed can reach 5 km/h.

Once on the ground, it can also go rather fast thanks to its 95hp Peugeot XD3T turbo-diesel engine. Its maximum speed on hardened surfaces is around 95 km/h (average speed is 70 km/h), although the heavier variants are a little bit slower. The specialized sub-types include:

Overall, around two dozen variants of the VBL have been proposed.

The VBL was accepted in French service in 1990 and has found its way to around 20, mostly African, countries. It's a very popular export item thanks to its ruggedness and versatility. The biggest operators include France (approximately 1400 in service), Greece, and Oman. All in all, around 2400 were built. Over the years, the VBLs in French service were mostly involved in peacekeeping operations for the United Nations, such as those in former Yugoslavia, Lebanon and Somalia, but some saw service in Mali, the Ivory Coast and Afghanistan. The Nigerians used VBLs in counter-insurgency operations as light fighting vehicles (the recon variant armed with a Browning M2 .50 caliber heavy machinegun).

The VBL, much like the Fox and the CRAB, is one of the lightest and least armored but also fastest vehicles of Armored Warfare. It is the quintessential Tier 6 scout and few other vehicles can match its speed, agility and acceleration.

There are two weapon options for the VBL – either a 20mm autocannon, or an ALRRT-4M INGWE missile launcher. Each weapons system is designed for a different playstyle. The missile launcher requires more passive scouting, such as staying hidden behind an obstacle and ambushing the enemy using the long viewrange when standing. 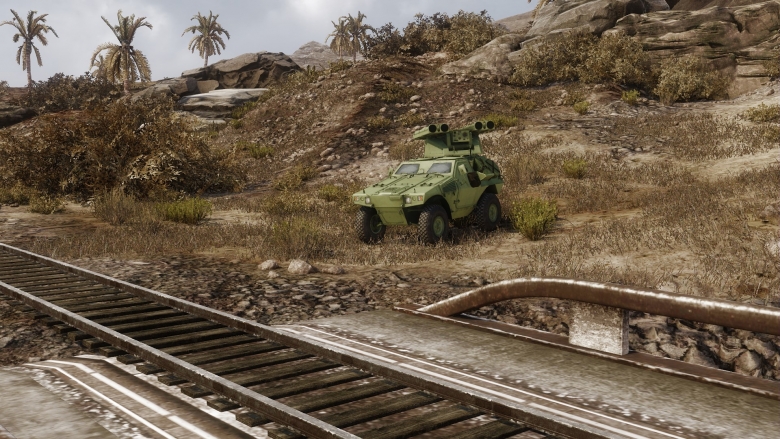 The automatic cannon is best used for active and aggressive reconnaissance and for engaging targets at close distances. Even Main Battle Tanks can be defeated by flanking them and firing into their exposed rear areas.

The VBL is an extremely deadly vehicle in capable hands, regardless of configuration. Its tiny size makes it difficult to hit, while its mobility allows it to flank even wary opponents.