In the early 1980s, it became more and more obvious to the commanders of the Chinese People’s Liberation Army (PLA) that the tanks they had on hand became obsolete. The models in active service were all basically just a heavily upgraded Type 59, a Chinese copy of the Soviet T-55A Main Battle Tank.

Despite the fact that the later models, such as the Type 69 or even the Type 79 had little in common with what was essentially a Second World War design anymore, the upgrade potential of the chassis was spent. The limiting factors included small size and insufficient firepower that could be fitted into the turret. 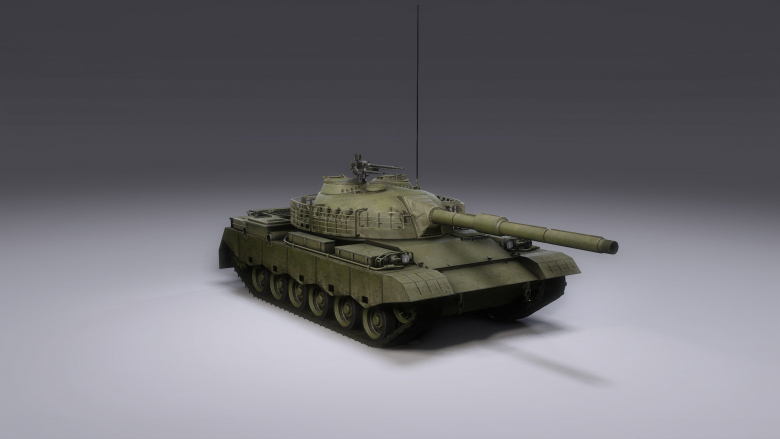 There was also the question of the actual combat performance. Starting from the early 1980s, China sold a number of Type 69 MBTs to Iraq. They didn’t perform well even against such a disorganized opponent as Iran was and while not as big a shock as the complete annihilation of the Iraqi army during the Gulf War, Type 69’s performance came as an unpleasant surprise to the Chinese. In short, it was time for an upgrade.

The Chinese military experts were of course not blind to the outside environment. On the Russian side, they saw the formidable T-62 and T-72 tanks while the NATO forces armed their tanks with the powerful 105mm L7 and its variants, one of the original reasons for the whole Russian smoothbore gun development. In short, there was plenty of inspiration to draw from but getting their hands on it was another matter entirely.

The T-62 was, of course, readily available ever since the 1969 Sino-Soviet conflict when the Chinese managed to capture one intact. The technology of this vehicle was then used to upgrade the Type 59, but as the actual combat records showed, the T-62 was old news and did not really perform too well unless operated by the Russians. 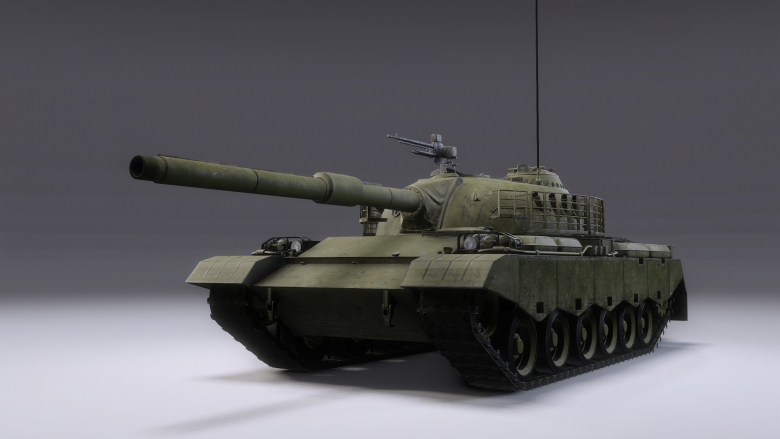 Furthermore, back then, the Chinese couldn’t get their hands on more advanced Soviet equipment directly, but their involvement in the Iran-Iraq side gave them some opportunity to study the T-72 as well as the Patton tanks the Iranians used but the first L7 experience came even before that when a Chinese shell company managed to procure a working L7 gun from Austria in the late 1970s. The gun was then reverse-engineered over the course of nearly five years and adopted into several designs (including the Type 79) under the designation of Type 83 105mm gun.

Despite these obstacles, the Chinese managed to study enough foreign design to come up with a new program to build a second generation Main Battle Tank in 1978 with the intention of replacing the aging Type 59-based fleet of domestic tanks. In 1981, this program received the designation of WZ-122. Regarding the Chinese program designation – the WZ is a project designation, sort of like the Russian “Object” one but wider, while the 122 refers to a second generation MBT.

As a result, the name “WZ-122” does not necessarily refer to a particular tank – multiple vehicles developed as a part of the same program. Actual prototypes of the program are referred to without the “WZ” part but with prototype designation. In other word, a prototype would be designated (for example) 122 san ji (torsion bar). To make things more complex, an actual resulting vehicle can be referred to by the name of the program as well, with a suffix – the WZ-122H is one of the results of the WZ-122 program, its military designation is ZTZ-96 and is commonly known as Type 96. 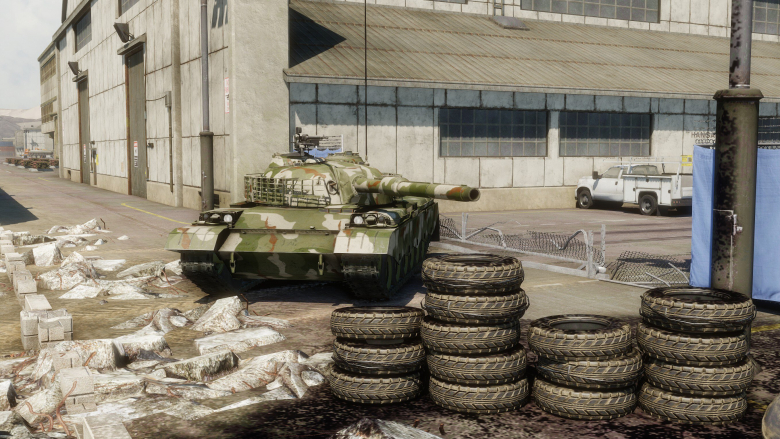 Returning to the WZ-122 program, it was given to the China North Industries Corporation (commonly known as NORINCO), specifically to its subsidiary, the First Inner Mongolia Machinery Factory (also known as the Baotou Tank Plant or Plant 617), an experienced heavy machinery producer, founded in 1954 in Baotou (northern China, Inner Mongolia autonomous region). This plant was responsible for the armor production of the Type 59 and its variants and was uniquely qualified to produce the future MBT Chinese design. The 201 Institute (now China North Vehicle Research Institute), 447 Factory, and 616 Factory also involved in the development.

As usual with the Chinese tanks, it is difficult to find any information on the development of the tank and much of what is available are western speculations. We do know, however, that it ran from 1981 to 1987 (although individual components were developed as early as in 1974).

Twelve prototypes were built between 1981 and 1987 and they all underwent rigorous testing in all kinds of environments they could be deployed in in China, including wetlands, deserts and extremely cold, mountainous regions. In total, they drove around 100,000 kilometers (of which 50,000 kilometers were racked up during the official state trials).

The resulting vehicle was deemed superior to any Type 59 variant (including the Type 79) and was officially accepted in service under the designation of Type 80 (factory designation ZTZ-80) on February 4 1988. 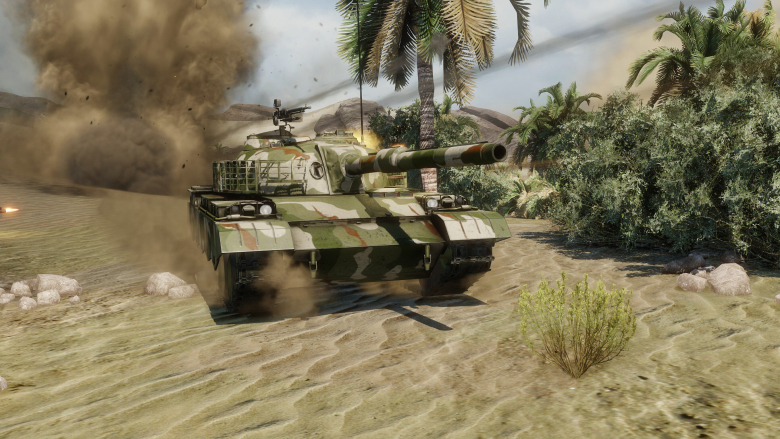 What makes it instantly recognizable and distinctive from the earlier Type 59 variants is the new suspension, using dual, rubber-banded roadwheels with torsion bars.

Both the hull and turret were made of steel without any composites. The frontal hull plate has a very sharp angle, providing some protection against the shells of the 1980s, but not all that much beyond that (which is why it was later improved with an extra composite armor kit). Overall, the protection level of the vehicle was inferior to the one of T-72, despite both being second generation MBTs. 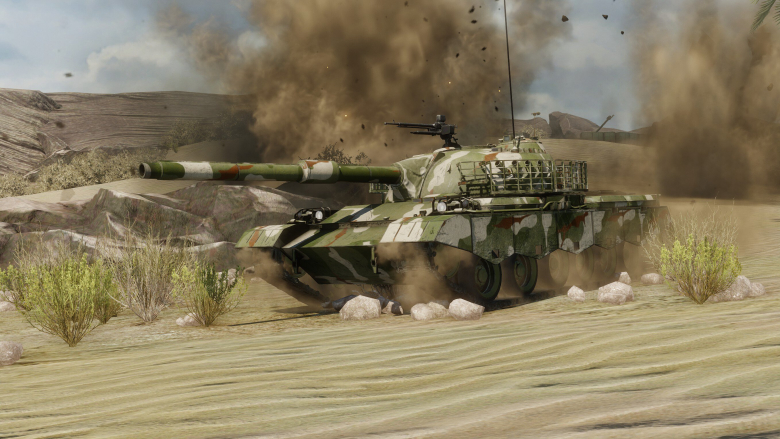 The vehicle was powered by the 730hp 12150ZL V12 turbocharged diesel engine paired with a mechanical transmission with 5 forward gears and 1 reverse gear, allowing the vehicle to go as fast as 57 km/h (although the cruising speed was more like 40 km/h and the off-road speed was around 30 km/h). The acceleration was quite good as well thanks to its power-to-weight ratio.

The original Type 80 was armed with the Type 83 105mm gun (an improved copy of the Royal Ordnance L7), capable of firing APFSDS, HEAT and even HESH shells (including the standard 105mm NATO rounds). The APFSDS muzzle velocity was 1455 m/s and the maximum range was 6km (9.5km for HESH).

The gun was manually loaded. Unfortunately, it suffered from the same issues as other low Soviet-style tanks – namely poor gun depression and elevation (-5/+18 degrees). The vehicle carried 44 rounds and its rate of fire was some 7 rounds per minute. The gun was fully stabilized. The fire control system was rather advanced, digital and included a laser rangefinder. The commander and the driver positions were also equipped with night vision devices.

The Type 80 MBT, introduced this way in 1988, was never really used in mass service, but it started the development of two rather different branches. The one ended with the Type 88 MBT and its variants and was deployed by the Chinese military.

The other was made specifically for export and consisted of:

And eventually in the Type 85 series that will be covered by a separate article.

The Type 80-I was the first attempt to update the Type 80 – it was equipped with an even more advanced FCS designated 37A, which was co-developed with Marconi, featuring improvements to the sights, the stabilizer and the digital ballistic computer (although some values still had to be put in manually). The vehicle was also equipped with improved gun night sights and an enhanced NBC protection kit. Last but not least, the amount of shells carried was improved by 4 to 48. 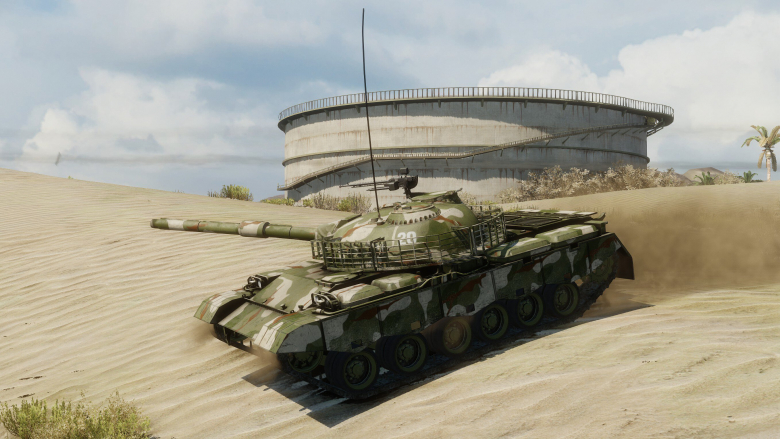 The Type 80-II was the second upgrade stage. It had the same improved FCS as the Type 80-I, but also further improvements, such as:

Domestically, an improved Type 80 (basically to Type 80-II level) was accepted in Chinese service as the Type 88 Main Battle Tank and saw limited production with perhaps around 500 built (and all stationed around the Beijing region) between 1989 and 1995. These counts should, however, be taken with a grain of salt, as tracking down any actual production numbers is all but impossible.

When it comes to the export Type 80s, they did not do great. In fact, the only known user of the Type 80 series is possibly Sudan with an unknown number of vehicles in use, possibly around 200. This export batch is however unclear, other sources claim it did not happen at all and that Type 80-II remained a prototype only. Its younger sibling, the Type 85 series fared much better, but that is a story for another time. 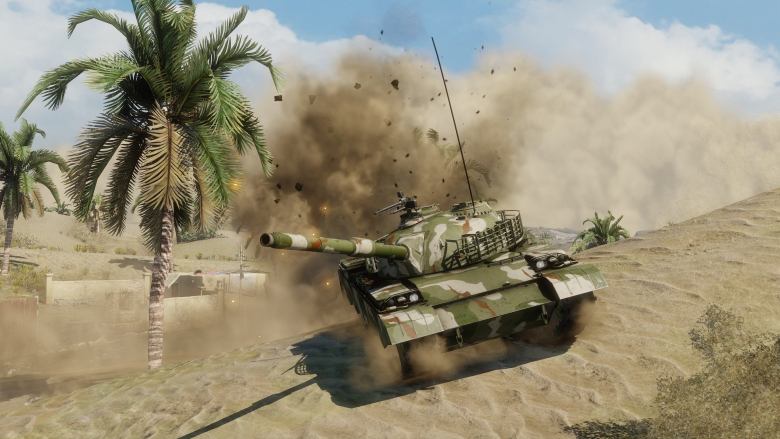 In Armored Warfare, the Type 80-II is a Tier 4 Main Battle Tank, available in the Zhang Feng branch. It is historically preceded by the Type 79 and followed by the Type 85-IIM. It’s a solid vehicle, if fragile in the beginning.

Thanks to its lack of composite armor, players have to beware of any powerful HEAT projectiles such as the guided missiles that can deal extreme damage to the tank when in its stock form. On the other hand, the hull can be upgraded with composite add-on armor, providing much-needed extra protection and making it quite durable for its tier.

The can deal large amounts of damage thanks to its powerful 105mm cannon. Using your high shell damage is the key to the successful use of the Type 80-II, as is staying at medium range. The tank is quite sluggish and will be outmaneuvered by most opponents at close ranges. For providing armored fire support at some distance, it is, however, ideal.

Introducing the Tier 5 Begleitpanzer 57 light tank, which is available during the Armored Warfare early access phase of testing

Vehicles in Focus: Leopard 1A5