The Type 69 Main Battle Tank is the first widely-produced major upgrade of the old Type 59. Not the first upgrade in general, but the first to receive a new number in its designation. 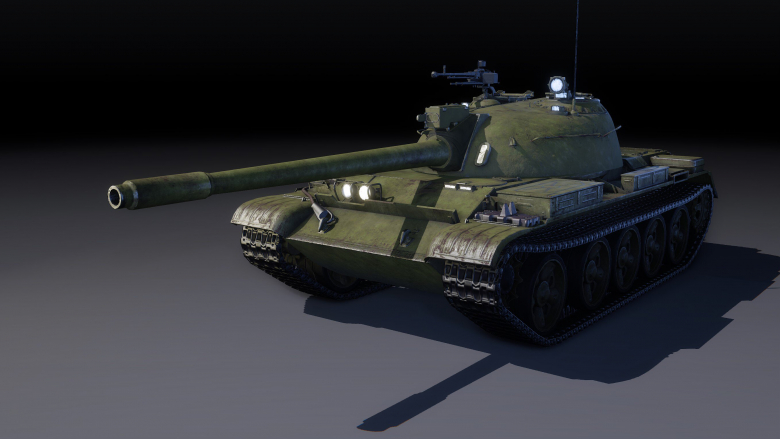 The story of the original Type 59 is widely known. Once upon a time, there were two great countries that cooperated in many fields, including arms production – the Soviet Union and China. As a part of their “brotherly help” to fellow communists, the Russians provided the Chinese with the means and the license to produce a local variant of the ubiquitous Soviet T-54A Medium Tank. At first, the Chinese assembled the tanks (which they designated Type 59) from parts delivered by the Russians and later on, the vehicle was entirely built in China.

The original Type 59 was not even a T-54A variant; it was a direct copy, sharing its traits, including:

Additionally, the T-54A variant offered several upgrades over the standard T-54, including:

And a few smaller upgrades. Overall, it was a good tank, but by 1958-1959, it was almost a decade and a half old with its roots firmly in the Second World War. The Soviets realized it and were actively working on an upgrade to the vehicle. That’s also one of the reasons they weren’t worried about sharing the vehicle with the Chinese.

The cooperation was going on reasonably well, but each of the two countries had a bit of a problem with the other one. You see, both the Soviet Union and the People’s Republic of China thought their own strand of communism is the only correct communism – and so, to resolve their differences, the representatives of both states sat down like civilized people and found a peaceful solution to their ideological disagreements.

Well, not quite. In reality, they started a decade-long feud that culminated in a minor border war and had far-reaching consequences for both countries, the most relevant for this article being the cessation of military cooperation and development. The Soviets went their own way and the Chinese were left with a massive fleet of Type 59 tanks that were becoming quite obsolete over the years. 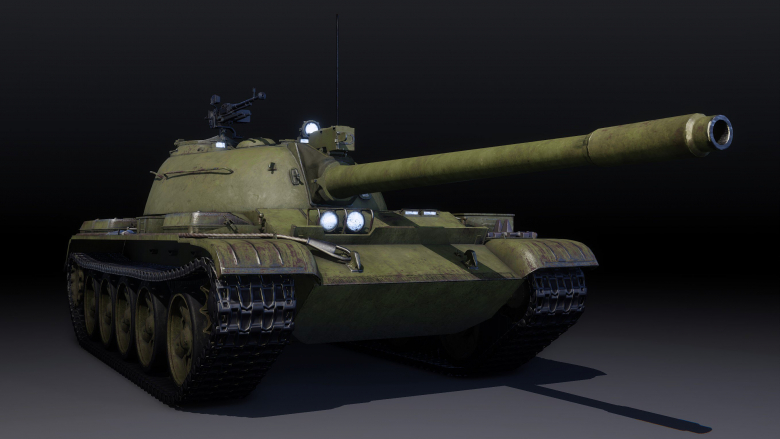 Faced with the lost access to advanced Russian technologies as well as their own lack of knowhow and, most importantly, funding, the Chinese turned towards the only logical solution – they attempted to upgrade the Type 59 tanks as much as they could to increase their combat value and to keep them relevant on modern battlefields.

Due to the technological gap between the Soviet Union and China, it took more than a decade to produce an upgraded version of the original Type 59. The upgrading in fact followed two somewhat separate paths – one relied on upgrading the original Type 59 with additional equipment and resulted in a number of variants and prototypes, including:

While the other relied on building a whole separate branch of vehicles on an upgraded Type 59 chassis that eventually became known as the Type 69. It’s worth noting that the Type 69 program was the first to appear, starting in the early 1960s, while the Type 59 upgrades mostly happened based on the lessons learned during the 1960s and 1970s. Either way, the whole Type 69 program is a confusing mess, as you’re about to find out.

The first Type 69 requirement was issued in 1963 with the first prototypes built as early as 1964 by Factory 617 (also known as the Baotou Tank Plant) – although some sources claim it was in 1966.

There were several major differences compared to the Type 59. First, the original clone of the rifled 100mm D-10T gun (called Type 59 cannon in Chinese service) was replaced by a new 100mm smoothbore called Type 69, an IR searchlight and an indigenous first generation laser rangefinder. The original 520hp 12150L diesel (a clone of the original Soviet T-54 engine) was replaced by a more powerful variant called 12150L-7, producing 580hp. It wasn’t exactly a successful design and it did not meet the expectations the military had – especially the gun was problematic:

This variant was never really mass-produced. Another big leap in the Type 69 development came in 1969, when the Chinese captured a Soviet T-62 tank during the Damansky Island incident. The tank was carefully studied by the Chinese and several upgrades based on its technology were introduced to the Type 69 chassis such as a new NBC protection set and a copy of the Luna IR searchlight.

Here’s where things get really interesting.

The true breakthrough only came in the early 1980s and this is where the Type 69 nomenclature becomes really tricky because even Chinese sources contradict each other. It’s commonly accepted that the two basic variants of the Type 69 are called:

This information is mentioned in numerous western sources, including the Wikipedia. Common sense suggests that “I” should come before “II”, which is something the western sources claim as well. However, in Chinese nomenclature, I and II do not necessarily represent version orders. The “II” in is generally reserved for export vehicles while “I” is reserved for domestic vehicles. Such is the case of Type 69. 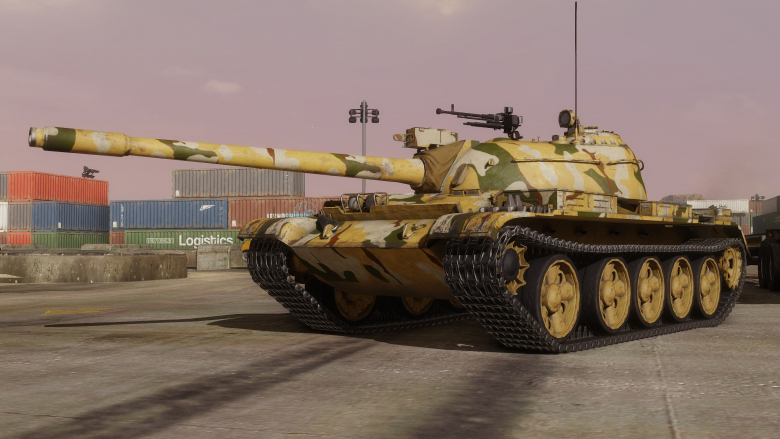 From various contradicting sources (including the available Chinese ones), it can be surmised that roughly the following possibly happened:

After the abovementioned testing of the Type 69 prototype in 1960s (to make things even more confusing, this vehicle is also referred to as Type 69), the development stalled until the Chinese got their hands on the captured T-62 in 1969. In the early 1970s, they reverse-engineered some of the T-62 components and the variant them saw very limited production run under the name Type 69 (not Type 69-I, as some sources claim).

The 1970s are somewhat shrouded in mystery – it seems that the development halted for both political and technological reasons and the Chinese were only able to make major breakthroughs at the end of the decade due to the thawing of relations with the west. This gave the Chinese the access to western technologies, which in turn kickstarted the abovementioned Type 59 upgrade program from the 1980s, but also revived the development of the Type 69. The goal of the Type 69 program has always been to produce a significantly improved version of the Type 69 so, to a large degree, both programs ran in parallel, although the improvements to the Type 69 were deeper and involved some design choices rather than direct upgrades of certain components.

A few more things happened in the 1970s and the early 1980s. The Chinese were paying close attention to the events occurring in the Vietnam War where they supplied the North Vietnamese with arms and equipment. The same naturally went for the Sino-Vietnamese war of 1979 and the Iran-Iraq war. These lessons resulted in a brand new, separate MBT program for domestic use that eventually resulted in the Type 80/88 Chinese MBT and its evolution variants.

But that did not solve the Type 59/69 situation – there still were plenty of them around and the production was still going on at that point (it only stopped in mid-1980s). What to do with the Type 69 program?

The decision was to improve the Type 69 into an export vehicle. This vehicle became known as the Type 69-II and became one of the most widely exported Chinese tanks, starting from 1982-1984.

Compared to the previous Type 69 version, a number of improvements were made as a result of the 1981 meeting between the representatives of five Chinese ministries where especially the people responsible for foreign trade emphasized that the vehicle would not only have to perform well, but it would also have to be affordable. In the end, as many as 526 separate improvements of various magnitude were implemented into the design that was evaluated by 1982. 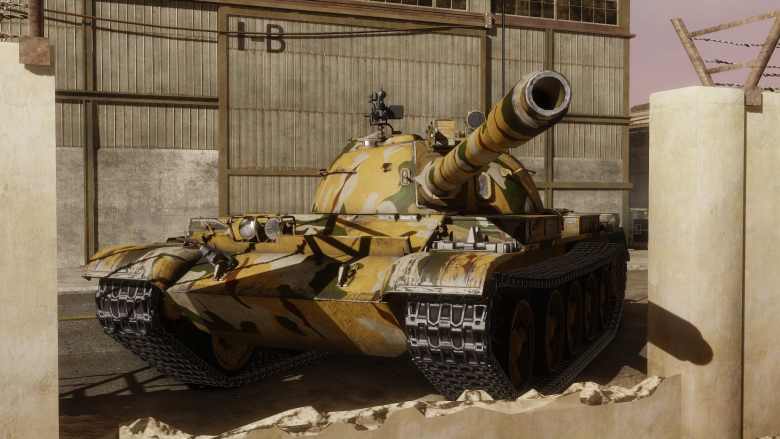 For one, the Type 69-II had a different gun. The 100mm smoothbore was dropped in favor of a more reliable 100mm Type 69 rifled design, derived from the older Type 59 cannon. Combined with modern ammunition such as the tungsten core APFSDS rounds, the modernized weapon could still deliver a punch. The firepower was further enhanced by a new (albeit still quite rudimentary) fire control system featuring:

The vehicle carried 44 rounds of ammunition, the gun could depress to -5 degrees and elevate to +18 degrees and the rate of fire was 7 rounds per minute.

The engine was also improved – the 12150L-7 580hp V-12 diesel was changed to a variant called 121150L-7BW, which also produced 580hp, but featured an improved oil filter, improved fuel piping and improved cooling. This engine, along with its 5-gear gearbox, allowed the 36.7 ton vehicle to go as fast as 50 km/h on roads (30-32 km/h off-road). The operational range was some 440 km. This engine could be told apart from the other Chinese designs by a circular-shaped engine deck.

The armor was roughly similar to a standard Type 59 – 100mm of sloped steel armor on the hull and 200mm of armor at the turret front. Against modern threats such as the T-72 tank, it was nowhere near enough, but it allowed the vehicle to remain relatively light, small and cheap.

Other improvements were added to the vehicle as well, such as:

While the main customers are generally known, sources differ wildly as to the smaller ones as these tanks often get mistaken for standard Soviet T-54/T-55s. In reality, nobody knows exactly how many ended up and where and it’s unlikely that we ever will.

One thing is for sure. Even though the tank was relatively capable and sufficiently powerful for third world countries, by the late 1980s, the Type 69 was completely obsolete and the shock from the defeat of what had been the most powerful army of the Middle East (Iraq) forced the Chinese to accelerate their modern tank research.

There is, however, one more chapter left in the history of the Type 69 – what became of the Type 69-I that was mentioned earlier in this article? 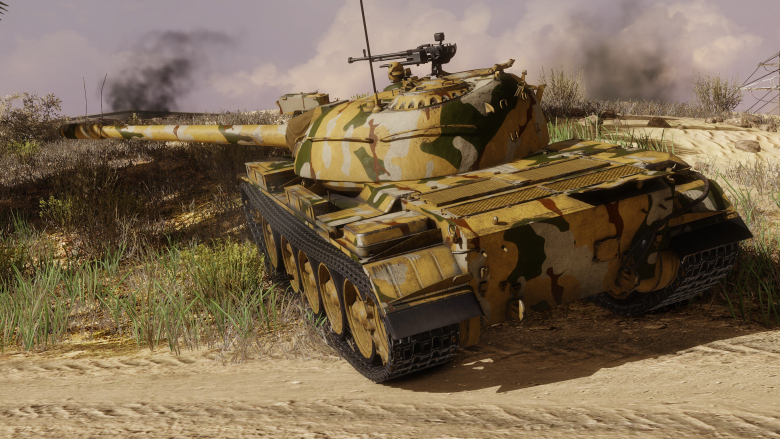 From what could be gathered, the Type 69-I came relatively long after the export version. It was one of the attempts to directly upgrade existing Type 59s with Type 69-II technology – in other words, those were Type 59s, converted to Type 69-II standard for domestic use. In 1988, a limited number of these vehicles (perhaps 200 or so) were produced and sent to various Chinese military units. A few of them are held in reserve to this day but as a whole, the Type 69 was never adopted by the Chinese military.

In Armored Warfare, the Type 69 is a Tier 2 Main Battle Tank of the Zhang-Feng branch. The Chinese vehicles are somewhat specific in the game by the fact that China caught up with the whole tanks arms race relatively late. As such, the low-Tier vehicles use generally obsolete platforms with better technology. Gameplay-wise, low-to-mid Tier vehicles behave like Russian tanks, but with more focus on single shot damage at the expense of mobility. These tanks are generally sluggish and not well-protected, but pack quite a punch.

We hope you like them and will see you on the battlefield!