In this article we will take a look at the T-80 - one of the best-known Soviet tanks, a symbol of the last period of the Cold War and the industrial might of the USSR.

At the end of the forties, gas turbine engines had gained a decisive victory in aviation. It came as no surprise when soon after the first attempts were made to install them into land vehicles Special Design Bureau of the Kirov Plant started a project in 1948-1949 for a gas turbine tank, but the vehicle did not meet many of the military requirements (especially fuel consumption and power-to-weight ratio) and the development came to an end. 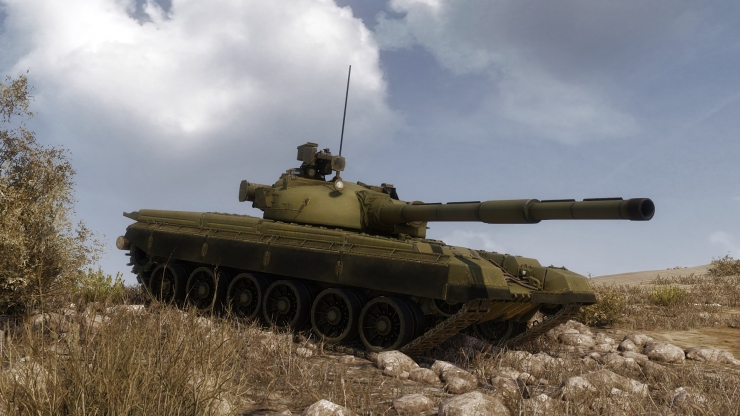 During the fifties there was great interest in gas turbines, both in the Soviet Union and in the West. During this period there were many civil engineering projects with gas turbine motors: locomotives, trucks and even cars. The military industry did not stay behind: in 1955, the Kirov plant started working on two 52-55 ton heavy tanks: the Object 277 with a diesel engine and the Object 278 with a gas turbine engine. However work was stopped in 1960 because the Soviet industry re-directed its focus towards main battle tanks. In addition, the designers were unable to get rid of gas turbine teething problems including poor efficiency and air intake filtering problems. For this reason there was no mass production of the gas turbine version of the T-64T, which was created at the same time as the diesel version.

The work on an American-German project of a new generation MBT-70 tank began in 1965that was to surpass its predecessors in mobility, firepower and protection. In response, the USSR began in 1968 to develop a gas turbine version of the T-64 with improved combat characteristics. 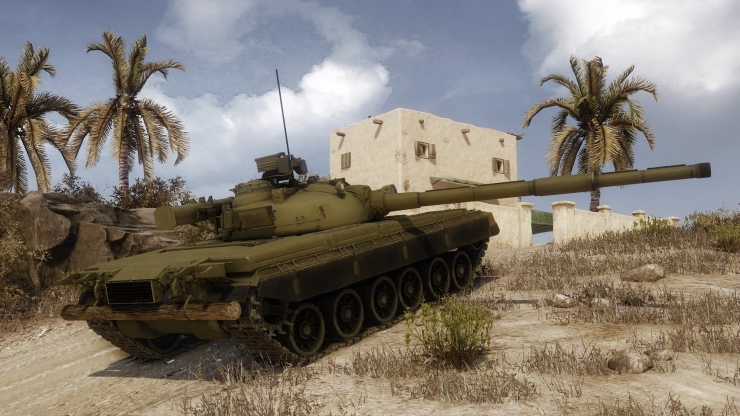 The first prototype of the vehicle was ready in 1969 - Object 219sp1, which was a regular T-64 with a D-1000T engine. However, the tests showed that the increased weight and mobility required a major reworking of the suspension and that’s why in 1971 the Object 219sp2 appeared. This improved version received reinforced shock absorbers and torsion bars, improved tracks, new drive sprockets, idlers and doubled rubber-banded return rollers. Tests took place over the span of five years and 127 tanks were produced at that time. Mass production began in 1976.

The T-80, the world's first mass produced main battle tank with a gas turbine engine, was designed to break through enemy defenses and to carry out strikes at the most protected areas using its excellent mobility and devastating firepower. In addition, the advantage of a low silhouette and the fact the vehicle was therefore hard to spot (the noise of the gas turbine engine could only be heard behind the tank) meant it could be used for reconnaissance. 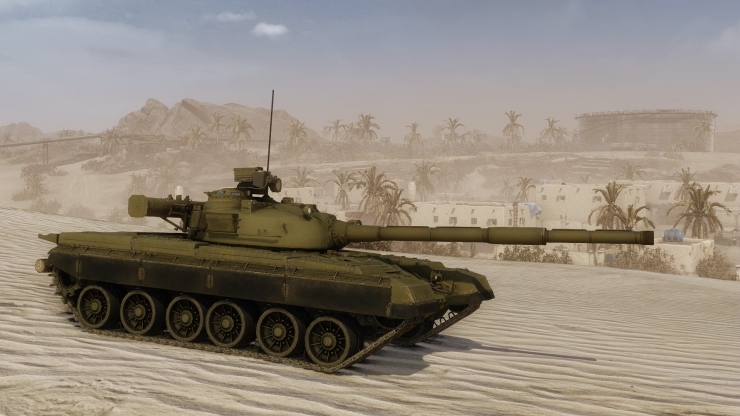 The original T-80 was powered by a 1000-horsepower D-1000T engine. Its armor was similar to the T-64A: a welded body, cast turret, upper front plate and turret made of composite armor. The main weapon was a 2A46-1 gun/launcher with an automatic loader (its design was also borrowed from the T-64 and is different from the automatic loader of T-72 and T-90 tanks).

A major upgrade called T-80B appeared in 1978 with a whole range of improvements compared to the basic model and since then many different modifications have been produced. Special cases worth mentioning are the T-80BV and the T-80U (1985), which became the main Soviet and later Russian tanks, and the T-80UD (1987), produced at the Kharkiv plant and serving as the basis for modern Ukrainian tanks. A total of over ten thousand T-80 tanks of various modifications were produced, many of which still serve armies in several countries.

Despite the fact that the T-80 became one of the most numerous tanks after the Second World War, it has not been used that much in combat. These tanks were used in the first Chechen war and some reports say they were and are being used during the 2015 conflict in Yemen. One famous episode in which we saw a T-80 was the shelling of the House of the Government of the Russian Federation in 1993. 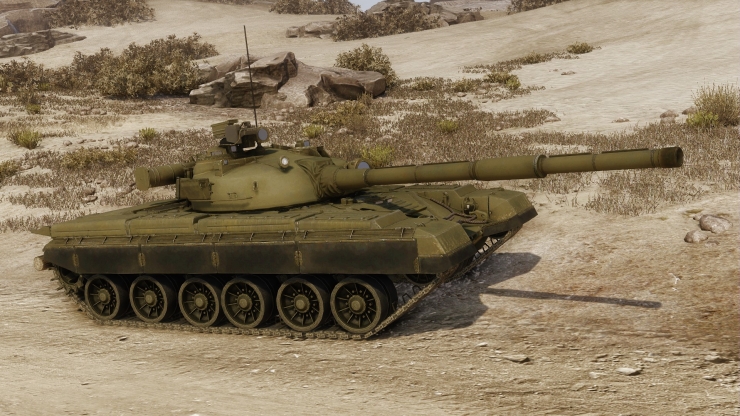 The gas turbine engine proved to be much sturdier than the diesel engine, it was less vulnerable to temperature changes, it was not knocked out by engine compartment flooding and it was less likely to stall if the vehicle got stuck. Furthermore it provided the tank with stunning dynamic characteristics (70km/h on the road and 60 through rough terrain for the T-80U) and riding smoothness that served it well when the vehicle was firing on the move. But despite so many advantages it had a very serious shortcoming: even the most modern gas turbine engine still consumes a lot of fuel, so tanks with such engines are gradually being replaced by diesel models.

The Russian army is currently gradually decommissioning the T-80 tanks. The tanks that are still operational are upgraded and returned to service but it looks like these too will soon be replaced by more modern tanks.

In Armored Warfare the T-80 is a tier 7 main battle tank. The game presents the basic modification of the tank (without the letter behind the T-80 designation that represents the later variants). The tank is not equipped with ERA and overall it has inferior protection compared to other main battle tanks. However, its composite armor reliably protects the front of the vehicle from HEAT shells and the strong turret frontal armor allows players who skillfully use terrain to fire virtually unhindered upon the enemy.

Its 2A46 gun has a relatively low rate of fire, but high alpha damage. In the future you will be able to unlock more powerful ammunition (including ATGM) and 2A46-2 and 2A46-M1 guns. 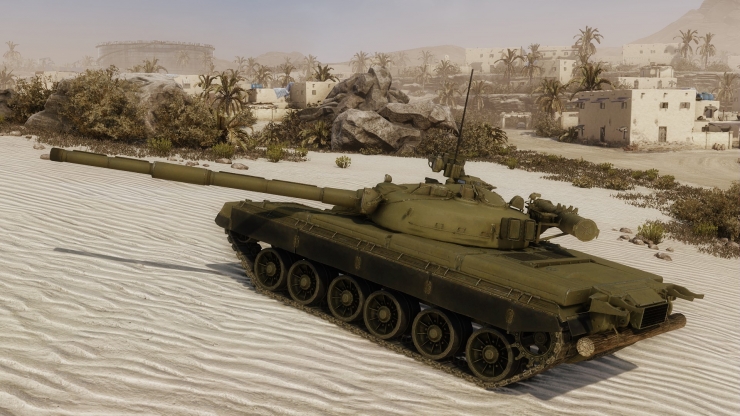 Finally, thanks to its powerful GTD engine, the tank has excellent mobility. And although when it comes to maximum speed the T-80 is inferior to some of its rivals, its acceleration and maneuverability remain on top.
Considering all that was mentioned above, the T-80 is an ideal tank for players who prefer dynamic active gameplay, quick maneuvers and the use of hit and run tactics.