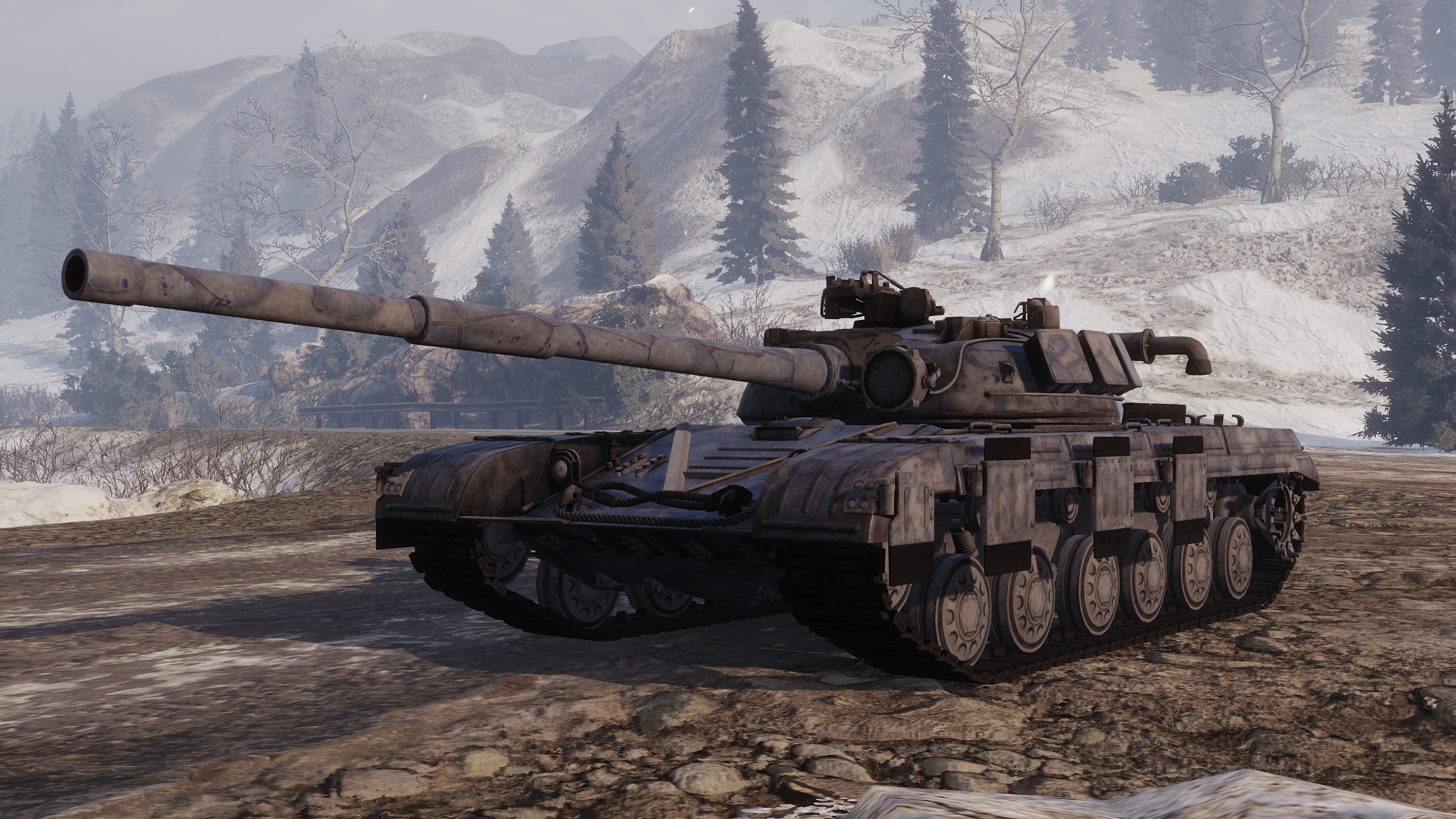 We left the T-64A model in 1974 when it was deep in production already while being upgraded practically every year with new features, its teething problems resolved one by one – between 1969 and 1973, no fewer than 242 modifications (including small ones) were made on the vehicle, most of them to the engine and the suspension.

From 1974 to 1975, the first major armor upgrade took place when the frontal part of the turret aluminum inlay was replaced by another one, this time made of corundum balls. The automatic loader was upgraded as well and the commander received an actual ammunition counter. Finally, the tank received a new gun model – the 2A46 gun, an upgraded version of the original 125mm 2A26 smoothbore.

The gun was of the same caliber and barrel length (L/50) but without the problems that plagued the older model. Specifically, the 2A26 gun barrel was too thin and twisted when exposed to elements, causing the gun lose accuracy. Plus, the recoil mechanism wasn’t well-designed either –their hydraulic fluid mixed with air, causing the gun to recoil incorrectly, further reducing its accuracy. These issues were solved on the 2A46 gun that officially entered service in 1970. The gun was stabilized by a new stabilizer model called 2E28M2 and received a new thermal shroud – the gun depression, elevation (-5/+16 degrees) as well as the rate of fire (up to 8 rounds per minute) values remained the same.

The engine also received some upgrades and became actually capable of running on multiple fuel types, including the A-72 and A-76 gasoline and the TS-1 kerosene. Finally, the spare parts boxes were moved from the right side of the hull to the rear of the turret and were replaced by extra fuel tanks, increasing the vehicle’s fuel capacity to some 1270 liters. 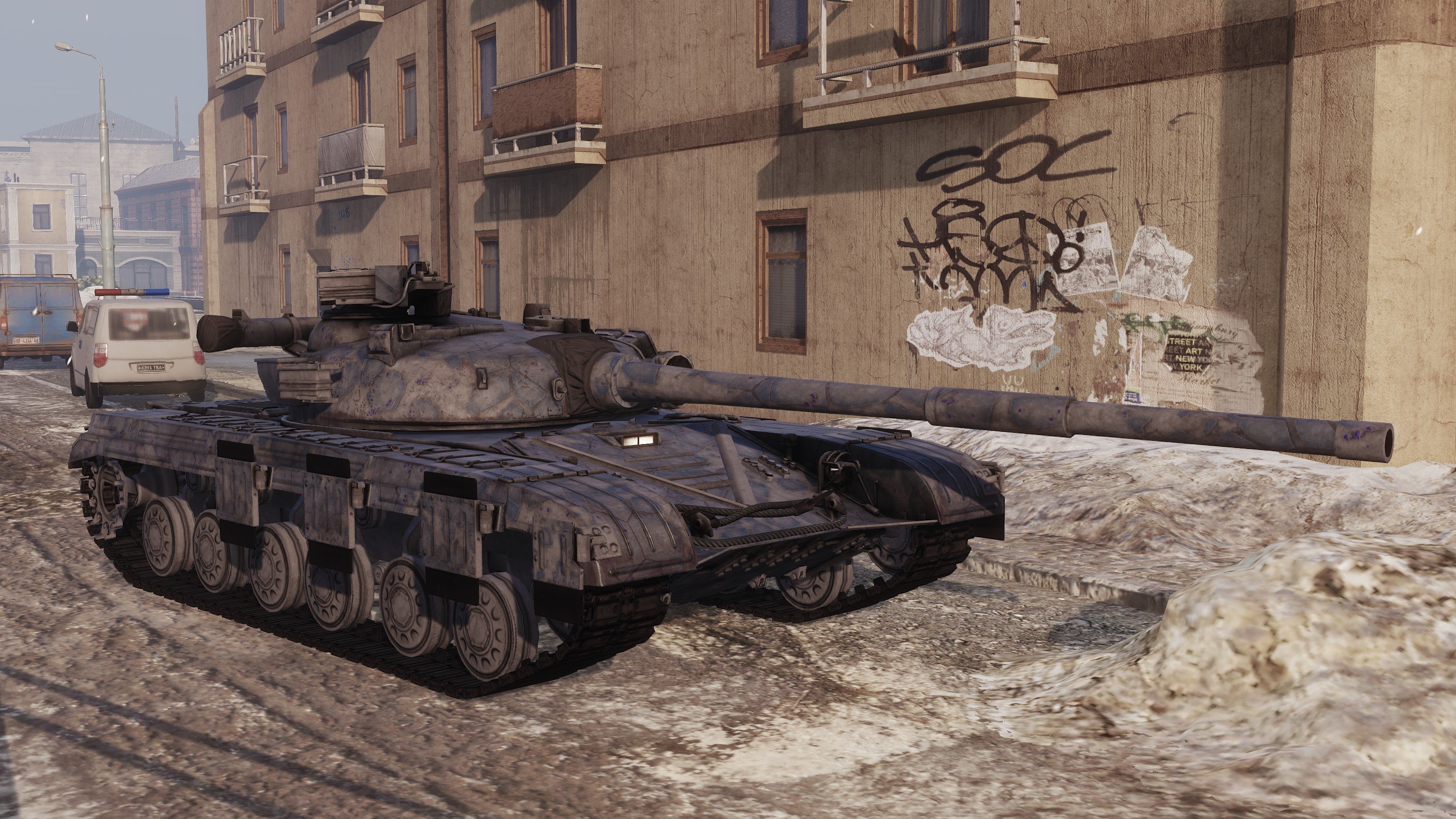 The 1974-1975 upgrades integrated into the 1976 model became the biggest and the only major upgrade to the T-64A while keeping the T-64A designation – the next major upgrade would be the 1976 T-64B with a new FCS and the ability to fire guided missiles, but that goes beyond the scope of this article.

The T-64A remained in Soviet service until the dissolution of the Soviet Union when the remaining tanks mostly seemed to have ended up in Ukraine. Several more improvements were added to the tank even after its production finished – in 1979, it received a set of Tucha smoke grenade launchers in addition to the fuel-based smoke generator and, in 1981-1982, it received an additional 30mm applique steel plate to its upper frontal armor to increase its protection.

Some sources also mention that, starting from 1985, some of these older vehicles would be upgraded with Kontakt-1 explosive reactive armor, creating a variant that is sometimes referred to as the T-64AV, although it’s quite possible that the only variant upgraded with the Kontakt-1 ERA was the T-64B (the T-64BV model) with the upgraded T-64Bs being mistakenly identified for T-64As. 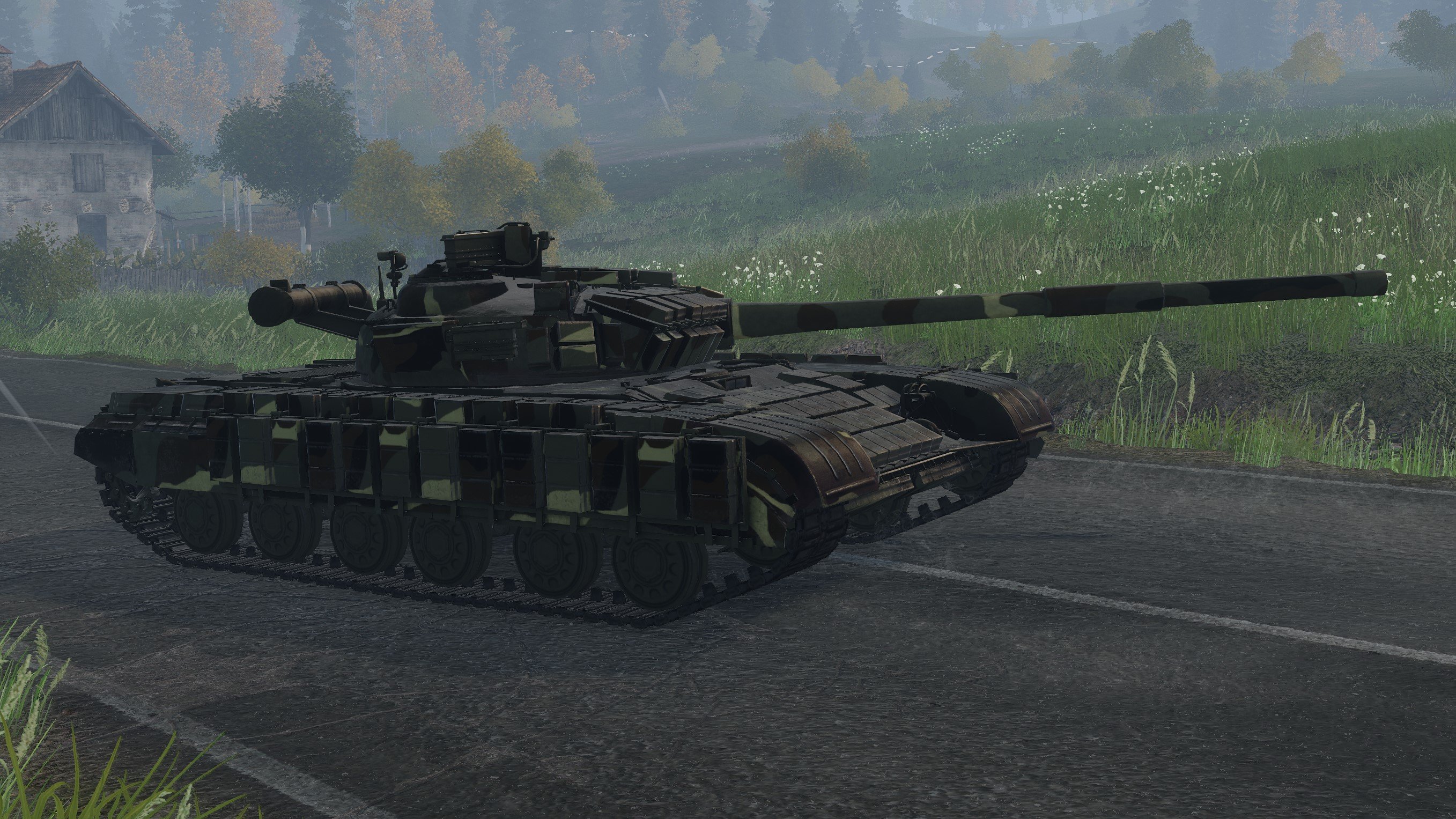 Like the other T-64A models, this tank was never exported and was only passed to the successor countries after the dissolution of the Soviet Union. It’s quite difficult to track down any exact data of its use because the sources usually don’t mention what kind of T-64 was in service and where and roughly one half of all the T-64 modifications built between 1969 and 1987 were T-64Bs. The post-Soviet T-64 Ukrainian modifications are generally based on the T-64B as well.

In Armored Warfare, the T-64A Model 1976 is a Tier 5 progression Main Battle Tank. Gameplay-wise, it is roughly the same as its Tier 4 predecessor – a short-range brawler with a low silhouette, excellent sloped armor and a slow-firing but powerful 125mm gun. Unlike its predecessor, however, it can be upgraded with an ERA kit, significantly increasing its survivability on the battlefield at the expense of mobility, which is not great compared to the other MBTs of the same Tier despite the option to unlock a more powerful engine.

The T-64A Model 1976 should therefore be used as a frontline vehicle and as the spearhead of any mid-Tier assault. It can take a quite some punishment and while its armor is not as thick as the one of the Chieftain MBT, it is faster and can deal more damage.