Menu
Play now
...and so it was that in the third month of the 2020 campaign against the Lions of Nequiel the entire force of Jerusalem Dragoons was lost on the plains of Jericho. Swarms of anti-tank guided missiles descended upon the doomed machines and the sky went dark as the smoke billowed from the vehicles struck and on fire. At the end of the day the company was no more. But fate is a fickle thing – it turns and twists and often depends on the smallest of things, such as one young private, wounded and dying in the wreck of his mauled M113 APC. 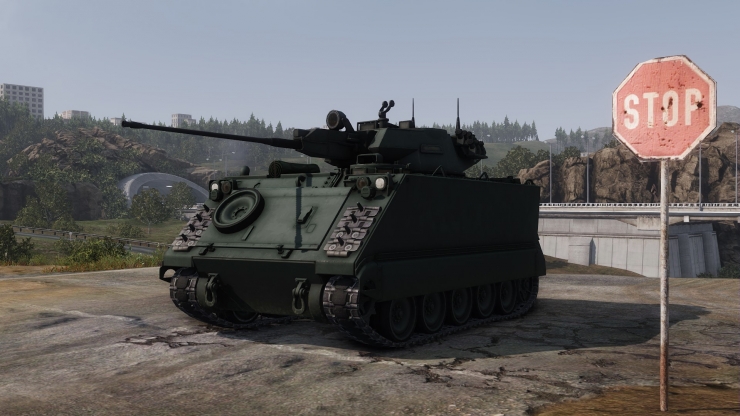 The M113 Armored Personnel Carrier (APC) is one of the most-produced post-war armored vehicles in the world. It was originally developed in the 50’s by FMC (Food Machine Corporation) as a more affordable and reliable replacement to the M59 and M75 APCs. One of the major upgrades over its predecessors was the use of military-grade aluminum for the armor that weighed less than steel while offering the same level of protection. In its original form, however, the vehicle was only protected against small arms fire and shell fragments, anything larger (such as the Soviet heavy machineguns) went right through.