The Krauss-Maffei-Wegmann Leopard 2 Main Battle Tank is the principal German Main Battle Tank and, with over three thousand built over the last four decades, it is also the most common NATO MBT in Europe. During its forty years of service, the Leopard 2 design has proven its reliability and, thanks to its numerous upgrades, remains more than a match for any other modern MBT. 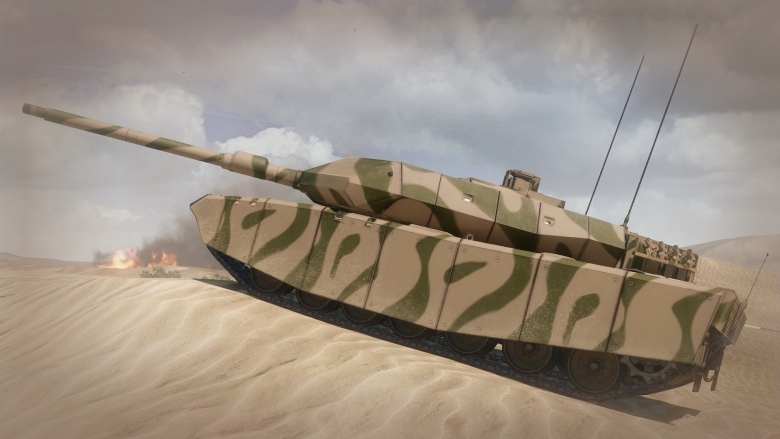 There are several versions of the Leopard 2 available in Armored Warfare, but none draw as much attention as the ultimate evolution of the vehicle, the Leopard 2A7-140. But what exactly is the Leopard 2A7 game model based on?

There has been a lot of confusion regarding the nature of the Leopard 2A7, mostly by mistaking it for the stand-alone upgrade programs:

Both programs feature armor kits that make the Leopard 2 MBTs look very futuristic, but the true Leopard 2A7 is a bit different. There are in fact two separate vehicles that can be referred to as Leopard 2A7:

The first one is unfortunately often cited as the "ultimate Leopard 2 upgrade" thanks to its designation (2A7+) and the fact that photographs of it are widely known and recognized. However, this vehicle was never intended as a functional upgrade. It was instead a technology demonstrator, built with the specific purpose of attracting the attention of prospective buyers. It featured numerous advanced systems and a partial armor kit covering the upper front plate and the sides. The philosophy behind this demonstrator was actually to implement as many advanced systems as possible without looking at their price or compatibility. 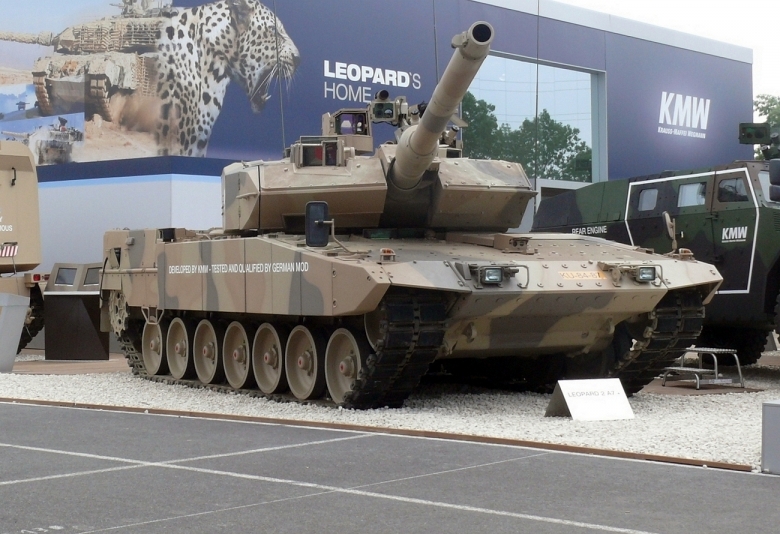 Prospective buyers were never expected to select all of these upgrades at once, which would make the vehicle extremely expensive. Instead, Krauss-Maffei Wegmann would configure each offer based on individual customer wishes from the list of items present on this technology demonstrator. The vehicle was probably disassembled once the round of expos it was used for ended.

The second Leopard 2A7 is the "true" 2A7. Externally, it is not all that different from the previous 2A6 upgrade, but it features several updates. One is the ability to fire the new type of high-explosive ammunition that can be programmed to explode at a certain distance from the target. Other upgrades are internal and include an improved cooling system, an independent electricity generator to cover the vehicle's needs, new internal communication systems, improved driver's night vision, and other upgrades. Additional modular armor plates are optional and are offered to potential customers who wish to improve the vehicle's combat value in urban environments.

While these upgrades to the older Leopard 2A6 are indeed considerable, additional experimental modules were added to the Armored Warfare Leopard 2A7 in order to make it even more distinctive from its 2A6 predecessor. The two most important of these upgrades are the ESPACE armor kit and the 140mm gun.

Introduced as a concept to the public during the Eurosatory 2014 expo, the ESPACE (Enhanced Survivability Package Advanced Combat Environment) armor kit was developed for multiple Main Battle Tanks with the single goal of enhancing protection far beyond that of the original MBT (the Leopard 2 in this case), without increasing the weight of the vehicle too much.

Leopard 2A4 with ESPACE kit, photo by IBD Deisenroth

A prototype was actually built and tested on the Leopard 2A4, increasing the weight of the testbed to some 65 tons. The Armored Warfare version represents a logical extension of the ESPACE kit to the later Leopard 2 variants.

Germany, along with the United States and Great Britain, was working on a massive 140mm smoothbore gun with an automatic loading mechanism (the 140mm shells were far too unwieldy for a regular loader).

The programs to upgrade the Leopard 2 were called KWS (with the 140mm gun stage being called KWS III) and were active from the late 1980s. Their original goal was to improve Leopard 2 firepower so it could face the anticipated next generation of Soviet MBTs.

The 140mm gun was to be installed in a longer Leopard 2 turret (to house the bustle-mounted ammunition rack and loading mechanism). A prototype was built and successfully tested using the Leopard 2 chassis and a heavily modified turret. Another part of the KWS III upgrade was to be an advanced battlefield command-and-control system.

There were two main issues with the program itself.

In the end, the program became obsolete with the collapse of the Soviet Union and was cancelled in 1995 in favor of further 120mm Leopard upgrades. However, the command-and-control system (IFIS) concept remained and was eventually integrated into the modernized Leopard 2A5.

Where the T-14 Armata relies on massive damage output and the Challenger 2 ATDU on armor, the Leopard 2A7-140 is more of a jack of all trades. While the armor itself is quite thick, the hull and turret's lack of extensive ERA coverage leave this vehicle relatively more vulnerable to anti-tank guided missiles. The Leopard 2A7-140 is comparable to the XM1A3, another universal MBT. Both vehicles have armor upgrades and 140mm guns as their top weapons, but where the XM1A3 is somewhat better protected, thanks to its explosive reactive armor, has an improved APS and is more agile in its top configuration, the Leopard 2A7 accelerates faster and has more durable suspension. 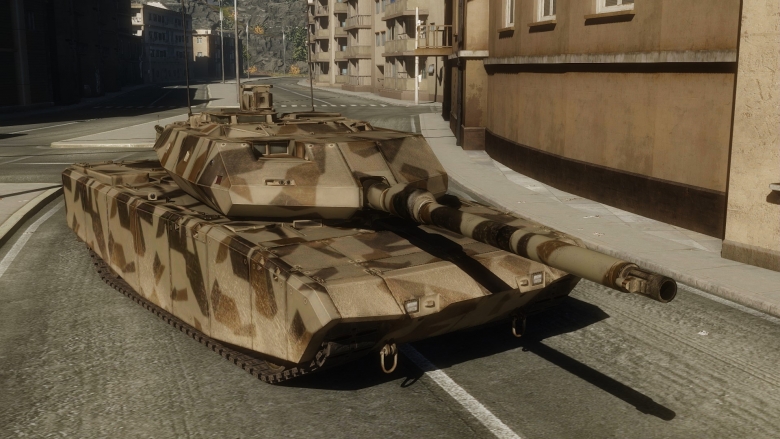 The 140mm guns of the Leopard and the XM1A3 offer approximately similar handling, the same penetration and damage per shot, but the Leopard 2A7 can fire faster in its top configuration and can fire guided missiles and HE shells from its stock 120mm gun, while the XM1A3 has to rely on APFSDS and HEAT shells for both guns. Thanks to its technology upgrades, the Leopard 2A7-140 is more accurate on the move, while the XM1A3 can upgrade overall accuracy by using the Improved Laser Rangefinder module, but not by as much.

The Leopard performs well in nearly all situations and can be a tough nut to crack. However, its side and rear turret armor are vulnerable to even light opponents, making flanking a viable tactic against this MBT.