The Leopard 1 Main Battle Tank is one of the most important western tanks of the mid-Cold War period. Designed in Germany, it followed – much like the AMX-30 – a philosophy that emphasized high mobility and firepower over protection, arguing that no amount of contemporary armor would protect the vehicle against MBT main weapons anyway. 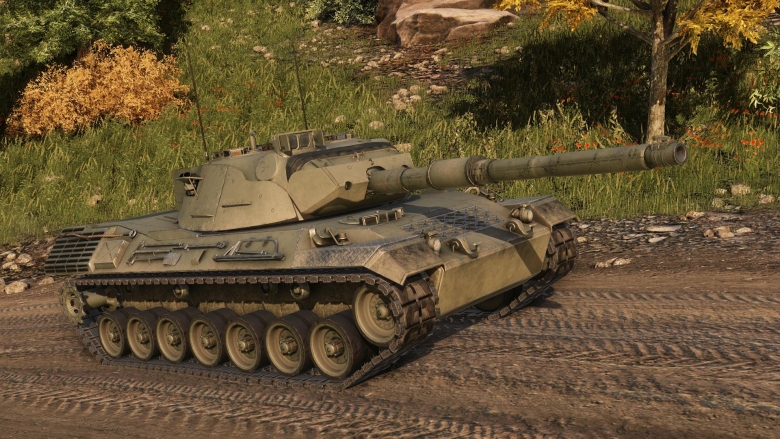 This approach, while it had its merit, was not completely correct, as it left the vehicle vulnerable to other types of harm as well, specifically various infantry weapons, automatic cannons and shell fragments. This eventually led, amongst other upgrades, to several attempts to increase the protection level of the Leopard 1.

The German Leopard 1 variants can essentially be split into two major groups – those with a cast turret and those with a welded one. The Leopard 1A2 was an oddity of sorts as it did have a cast turret, but of a different type with increased armor thickness. The three basic turret types are as follows:

While it might seem strange at first that the most advanced Leopard 1s would be using the very basic original turret, it does have its own logic.

Initial production started in 1965 and consisted of 6 production batches with 2437 vehicles produced in total. The first four batches (September 1965 to February 1970, 1845 vehicles built) consisted of the standard Leopard 1 variant, while the others consisted of upgraded, newer types:

The first major improvement to the original Leopard (produced in batches 1 to 4) was the 1A1 variant, consisting of three major features:

All 1845 Leopard 1 vehicles were modified like that from 1970 to increase their combat value. Meanwhile, production continued with the 1A2 model that was, apart from the abovementioned 1A1 features, also equipped with a new, thicker cast turret. Nevertheless, the Leopard 1 and its modifications remained (until their eventual conversion to the Leopard 1A5 standard) the most numerous Leopard 1 variant in service. 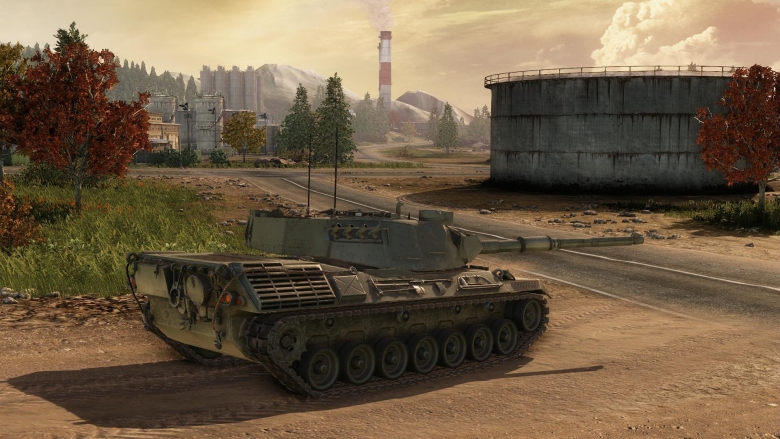 With the production of later, better-protected Leopard 1 variants, additional ways were sought to improve the combat worth of the Leopard 1A1. The solution was a Blohm und Voss armor kit for the Leopard 1 turret, increasing the protection of the Leopard 1A1 to Leopard 1A3/1A4 level at a fraction of what it would cost to produce welded turrets for all the 1845 vehicles.

The armor kit consisted of an additional layer of armor over the gun mantlet and turret sides. The protection this armor kit offered was considerably enhanced. Leopard 1A1s with the Blohm und Voss additional armor were re-designated to Leopard 1A1A1 and between 1975 and 1977, all 1845 vehicles were upgraded to this standard.

The up-armored turret could withstand the following hits from the front:

With the additional plates, the turret sides could withstand 20mm DM43 APCR fire at 100 meters or more, the roof could protect the crew against fragments from 155mm artillery shell explosions at 16 meters or more. The main improvement lay in the fact that the protection level against RPG-type weapons was significantly increased at the cost of a mere 1 ton weight increase. However, the armor was still more or less useless against high-power kinetic shells and HEAT rounds. 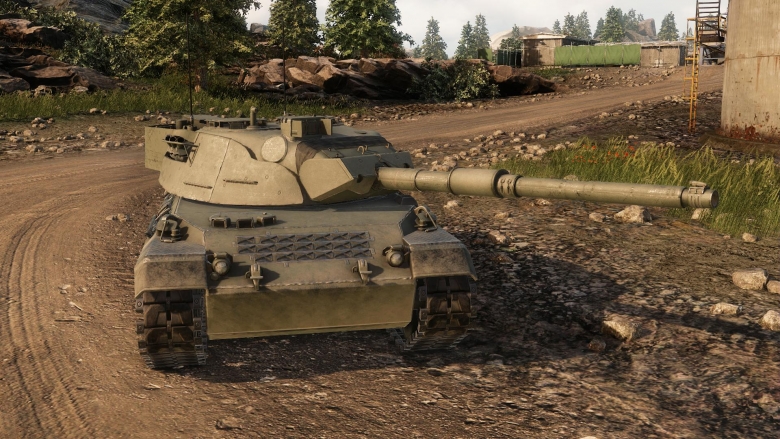 From 1980, Leopard 1A1A1s, were upgraded to Leopard 1A1A2 standard by the implementation of the PZB 200 image intensification system. At the same time, new radio systems were introduced, turning the 1A1A1 version into 1A1A3. The Leopard 1A1A3 with the new radio AND a PZB 20 image intensifier was called Leopard 1A1A4. Some Leopard 1A2 and 1A3 were also modified like this, bringing the total number of vehicles with PZB 200 to 650. At that point, most Leopard 1s were of equal combat value – the only exception was the Leopard 1A4 with its superior fire control system.

While this upgrade scope seems limited, it was discovered during various trials in the 1980s that it is not possible to upgrade the Leopard 1 to a protection standard comparable to the Leopard 2. At the same time, production of Leopard 2 tanks was far slower than Germany hoped for. In the end, the upgrade of the fire control system was found to be an acceptable compromise. From 1987, all Leopard 1A1s (and their variants) in service were upgraded to the Leopard 1A5 standard.

Apart from the experimental Leopard 1A6 (with additional armor and the 120mm Rheinmetall smoothbore gun), the Leopard 1A5 was the last major upgrade of the series. Germany began phasing them out of service in the 1990s and today they have been completely replaced by Leopard 2s.

Interestingly enough, while the Leopard 1 and its variants were sold all across the globe since the 1970s, few have seen actual combat. Several Leopard 1s participated in the Kosovo peacekeeping operation and the war in Afghanistan. The Danish Leopard 1s in Kosovo participated in some fighting, destroying several Serbian artillery pieces and emplacements during Operation Bøllebank.

In most first world countries, Leopard 1s have already been phased out of active service. They are still in use mostly in South America, Greece, Lebanon and Turkey. Nevertheless, in able hands they remain very potent vehicles that have plenty of fight left in them.

True to its real life version, the Armored Warfare Leopard 1A5 is a deadly and agile, if relatively unprotected, vehicle. Its speed and mobility actually push it to performance areas usually reserved for light tanks. While not quite as nimble as the AFVs or LTs of the same tier, the Leopard 1A5 can keep up with most of the opponents it encounters on the battlefield.

While the turret is rather durable and can be compared to the M60A3, the hull armor is quite thin. A static Leopard 1A5 does need to rely on staying in hull-down position and protecting its vulnerable frontal hull areas at all costs. Unlike the M60A3, the Leopard 1A5 cannot be upgraded with an ERA kit, making its mobility the best choice to avoid excessive enemy attention. 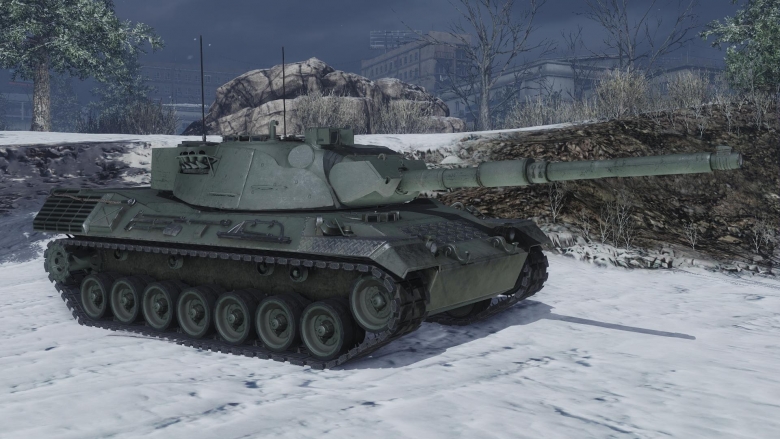 The firepower of the vehicle is standard – like the rest of the western MBTs of the time, it is armed with a 105mm L7 variant, an adequate tool for most encounters. The Leopard 1A5 is the right choice for players who prefer fast, aggressive maneuvers over static positioning.