The FV101 Scorpion, along with other CVR (T) variants, is one of the most iconic British post-war armored vehicles. It was by all means part of a successful design family that – in the form of the upgraded Scimitar variant – continues to serve even today, more than four decades since its introduction.

The roots of the Scorpion can be traced back to the turbulent 1950s and 1960s, during which the United Kingdom struggled both economically and politically. Despite ending the war on the winning side, the conflict had cost Britain dearly and widespread unrest in the colonies after the war made it prohibitively expensive for Britain to maintain its garrisons all over the world.

One of the solutions was the establishment of rapid deployment airmobile forces, equipped with light armor that could be transported by planes along with the men of the first response units. The armor component of the force was rather important, as earlier lighter designs, especially the Saladin armored car, proved to be very successful when fighting the usually only lightly armed insurgents. These rapid deployment units would contain the threat until the eventual arrival of the bulk of the heavy armor by sea (if necessary).

That is not to say that before the British military requested this feature, there hadn't been attempts to modernize the wartime recon fleet of British vehicles. In the late 1940s and early 1950s, the British developed the FV300 light chassis, which was to be used for a number of vehicle designs, including the FV301 Light Tank with the following parameters:

A single prototype was apparently built. The weight alone disqualified the vehicle from being air-transportable and the project was eventually cancelled. 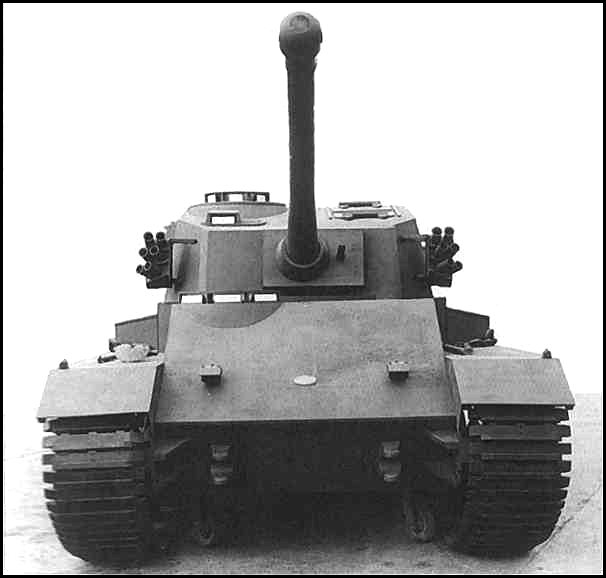 In the 1960s, one of the vehicles in dire need of replacing was the Alvis Saladin armored car, a successful but aging design. The British military wanted wheels as well as tracks for recon duties and this duality would influence development for decades to come.

The program to develop the new recon vehicle was called AVR (Armoured Vehicle Reconnaissance) and there were both tracked and wheeled vehicles proposed as a part of it through the 1960s in three categories – fire support, anti-tank and anti-APC. The main developer was the Fighting Vehicles Research and Development Establishment (FVRDE), a British research unit based in Surrey.

In parallel with the AVR program, the British ran a program called Lightweight High Mobility Tactical Vehicle (LHMTV). The LHMTV was to consist of vehicles that were as small and light as possible, yet with significant firepower. The maximum weight allowed for these designs was 4.5 tons so they could fit into a rather small Armstrong Whitworth AW.660 Argosy cargo plane. The result was a series of rather unique vehicles, some even armed with 120mm recoilless guns. While technically interesting, none were ever accepted into service. 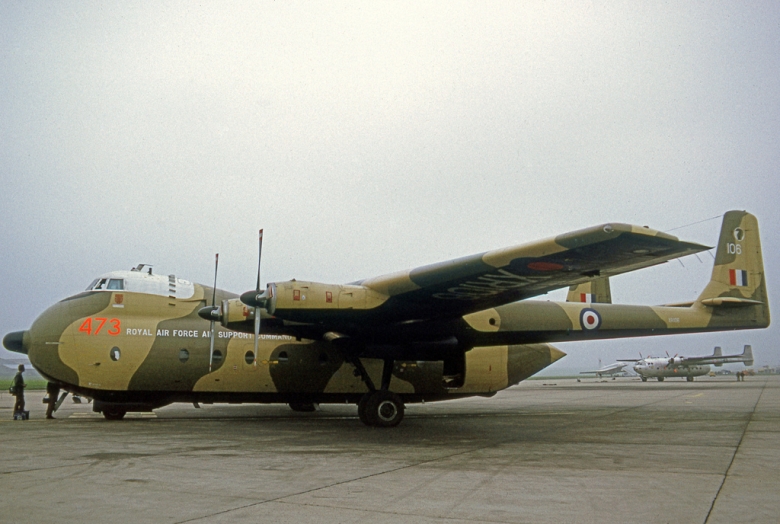 On the tracks side of the AVR program, there were several vehicle proposals including a light tank, armed either with a 76mm gun or a 105mm gun. The British also considered a gun-launcher system comparable to that of the Sheridan, but then decided against it. The main gun was supposed to be installed in the front-mounted turret (not capable of full traverse) and the vehicle was also to be armed with guided missiles installed on the back of the hull.

One of the AVR proposals

At 13 tons, the weight, preventing the vehicle from being air-transportable, was always the main problem. This proposal was not accepted and no prototype was ever built. Steel was unfortunately way too heavy to reach the desired parameters, which is why the British would eventually opt for aluminum instead. In 1963, an alternative study was proposed by FVRDE for a series of lighter vehicles – a Light Tank armed with a 120mm WOMBAT recoilless gun, a Light Tank armed with a 76mm short gun and a 105mm self-propelled artillery piece. The military finally abandoned the requirement for these vehicles to be transportable by the Argosy as well as the wheeled requirement from the AVR. The new program designation was CVR (Combat Vehicle Reconnaissance). It's worth noting that the wheeled vehicle component would return to the CVR program a bit later on, eventually resulting in the development of the FV721 Fox.

One of the experimental prototypes built as a part of the CVR program was the TV15000, a direct ancestor to the Scorpion. Unlike previous designs, it was made from aluminum and sported a wide range of advanced components, such as the new, light tracks, hydropneumatic suspension and an advanced transmission. It was powered by a 4.2 liter Jaguar engine, producing approximately 195 horsepower. 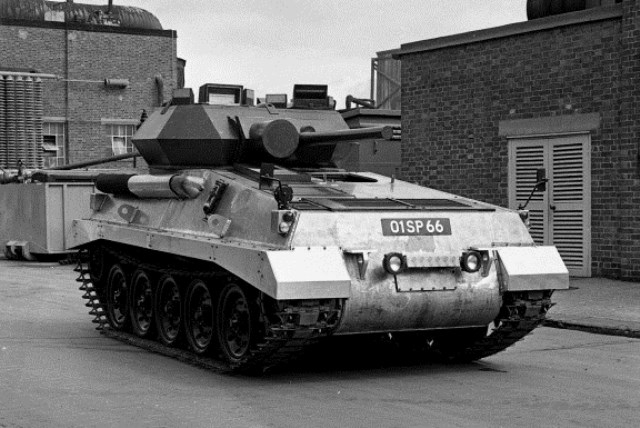 Two prototypes (one static, one mobile) were built in 1966 and they impressed the military so much that an order for 17 prototypes was made in order for them to pass advanced trials. The first prototype from this batch was built on January 23 1969 as a part of the Mobile Test Rig phase.

The trials took place in Australia, Abu Dhabi, Iran, and Canada and were successful. In May 1970, Alvis was contracted to produce 2000 vehicles with the first ones delivered in 1972 to the 17th/21st Lancers (at that point deployed in West Germany), even though they officially only entered service in 1973. The 76mm vehicle variant received the official designation of FV101 Scorpion.

While the 76mm-equipped Scorpion would fulfill the anti-infantry role (with its powerful gun also being capable of dealing with enemy light armor and fortification thanks to HESH rounds), its 30mm-equipped sibling, the Scimitar, was designed to deal with enemy APCs. Its 30mm RARDEN autocannon had much flatter trajectory and faster rounds, making it more suitable for hitting moving targets.

Both vehicles had an aluminum hull in order to save weight. Aluminum is a tricky material to use on armor and the British were wary of American lessons with it. Instead of using the lower-grade 5083 grade aluminum alloy armor (used for the M113), 7017 grade aluminum-zinc alloy was chosen. It was difficult to work it, but considerably more durable. Unlike other aluminum hull vehicles, the Scorpion's turret was made from the same material. The weight savings allowed the vehicle to stay air-mobile – it could be transported by NATO cargo planes, most notably the American C-130 Hercules. 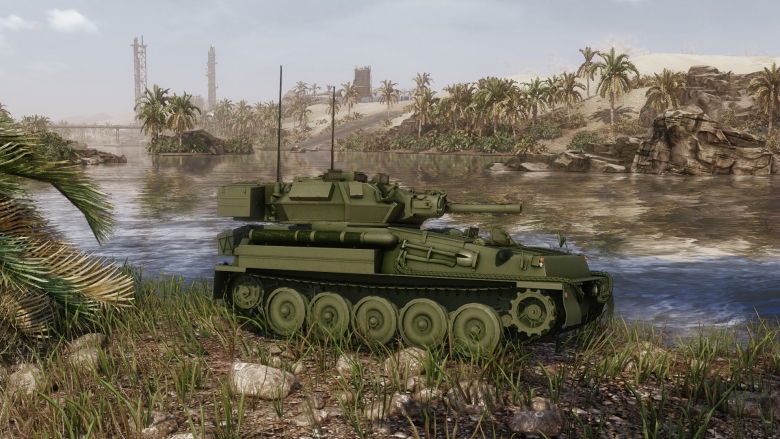 But that wasn't the only requirement. The military wanted the Scorpion to be as stealthy as possible and capable of traversing even very difficult terrain. While the word stealthy is not typically associated with armored tracked vehicles, the Scorpion, with its Jaguar XK engine, could run remarkably quietly. And thanks to its narrow width and low ground pressure, it was able to go where few other tracked vehicles could. The combination of silent running and excellent off-road capabilities made it an excellent ambusher. Overall, the development results were remarkably good for peacetime armor development programs, which are typically plagued by delays and budget cuts.

To fully describe the successful service of the Scorpion is unfortunately beyond the scope of this article. Suffice to say that the CVR(T) series became one of the most successful British post-war armored vehicles. It saw action during the Turkish invasion of Cyprus, the Falklands War, the Gulf War and a handful of other operations. Scorpions were sold to a number of countries and even though they were phased out of service in Britain in 1994, they remain active in other countries.

In Armored Warfare, the Scorpion, along with the M41 and the T92, is one of the lowest tier Light Tanks players will encounter. It embodies the typical Light Tank properties –high mobility and excellent firepower at the cost of poor armor. 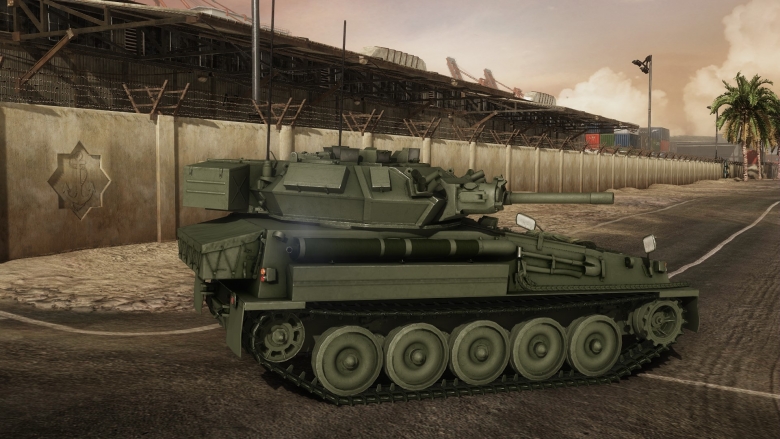 The Scorpion obtained its legendary reputation in the Early Access phase of game development when it was positioned on Tier 2 and its 76mm gun was capable of destroying many targets with a single shot. While its characteristics have since been tuned and it has moved to Tier 3, in the right hands, it still remains a potent vehicle.

The key lies in using its mobility, as its armor cannot protect it against many threats and even light autocannons can heavily damage this vehicle. Choose your targets carefully, flank your opponent and go for the thin side and rear armor – that is the way of the Light Tank.