The Chieftain Main Battle Tank is one of the most important vehicles of British armor history. A modernized version is still being used by several countries (most notably by Jordan and Iran) and even after forty years it is still a fearsome battle tank. We already took a look at its development history in our previous article and in this one, we’ll take a look at one of the first production variants, the Mk.2. 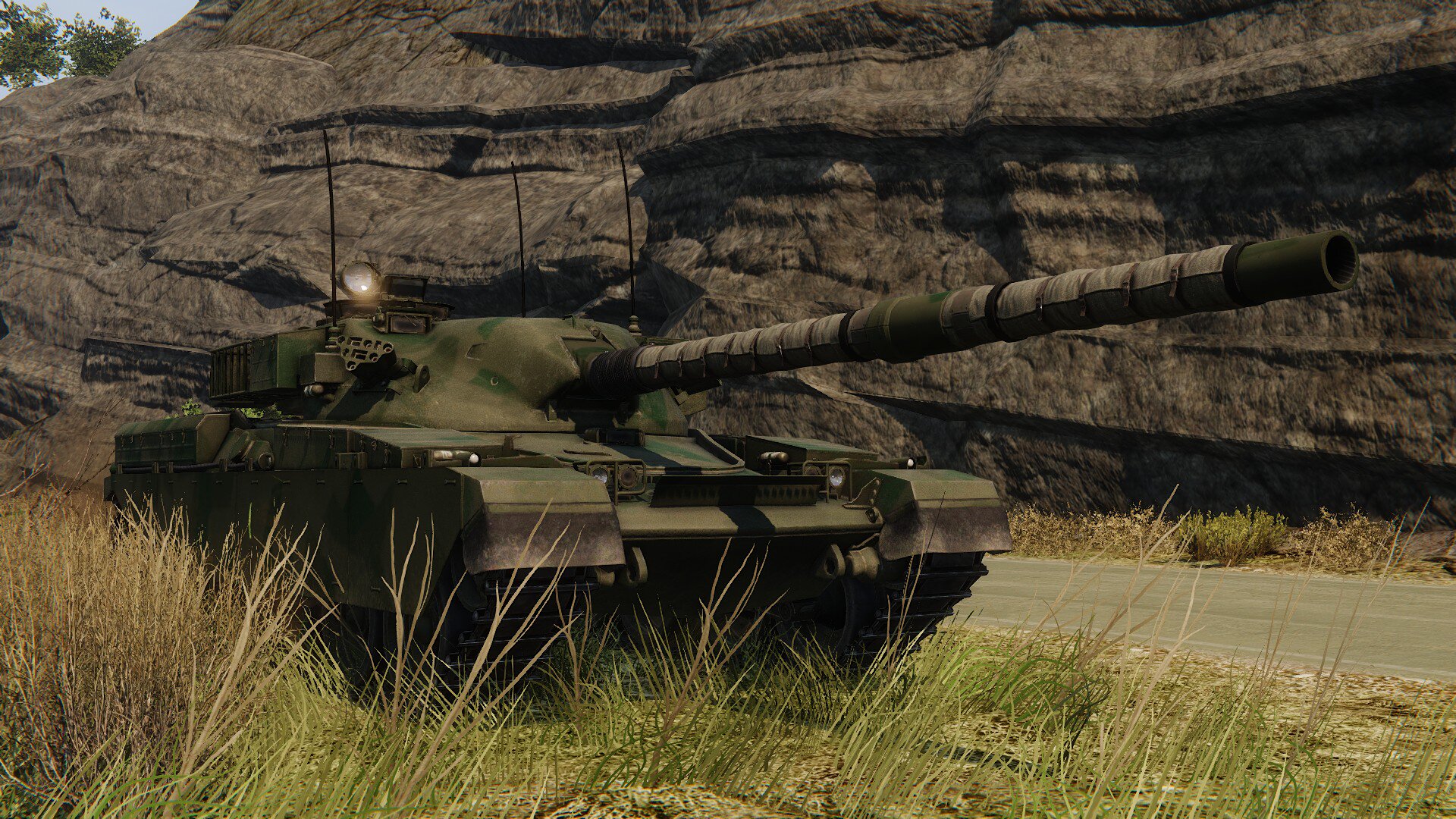 A first batch of test tanks appeared in Germany in December 1962 (in the 5th Royal Tank Regiment) and these were tested in some of the worst conditions possible for a tank. These conditions revealed some of the flaws of the early Chieftains. Their off-road capability was poor, the tank was underpowered, the radioman was a busy crewmember indeed (he had to load the gun, load machineguns and operate the radio) and the electro-mechanical rammer was very unreliable. It was operated by a light sensor that had a tendency to activate whenever any shadow fell over it and the rammer activated spontaneously – an unsuspecting loader was in danger of losing an arm to this infernal device.

Some crews simply deactivated it and pushed the shell and charge forward manually (this later became standard after this procedure was proven safe by trials). The difficult three month trials also ended with a tragedy when one loader forgot to insert insulating inlays into the breech in the heat of action. The gun backfired into the crew compartment, killing two crew members (this incident caused the gun to be modified so the gun could not be fired without the inlays.

The vehicle was officially approved for service on the May 1, 1963 with the name Chieftain. Mass-production started slowly with only 40 Mk.1 tanks being made – all these served as training vehicles for the new vehicle crews. The first truly mass-produced version was the Chieftain Mk.2 , of which 532 were made. The first vehicle of this type was delivered in Leeds on April 18, 1966.

The vehicle weighed some 52.4 tons and had an improved 650hp version of the 26.11 liter L60 6-cylinder multi-fuel engine, paired with the Merritt-Wilson TN12 transmission, allowing it to go as fast as 40 km/h.

The armor was made of steel and offered considerable protection. Especially the turret, thanks to its shape, was highly resistant to incoming fire of almost all kinds. The main gun was a 120mm rifled L11 variant, capable of firing the signature British HESH rounds (so effective against steel sloped armor of early Soviet MBTs). Other improvements compared to the Mk.1 included:

The first 6 Mk.2 Chieftains were used by the 11th Hussars in Germany. It was at this point that the British started considering exporting the vehicle. One of the most interested potential buyers was the Israeli Defense Force. All went well – the "father of Israeli armor", General Israel Tal, who was later responsible for the Merkava development, preferred the heavily armored British designs over the French vehicles (naturally the opportunity to beat the French to the contract appealed to the British) and two Mk.2 Chieftains were transferred to Israel for trials in early 1967. 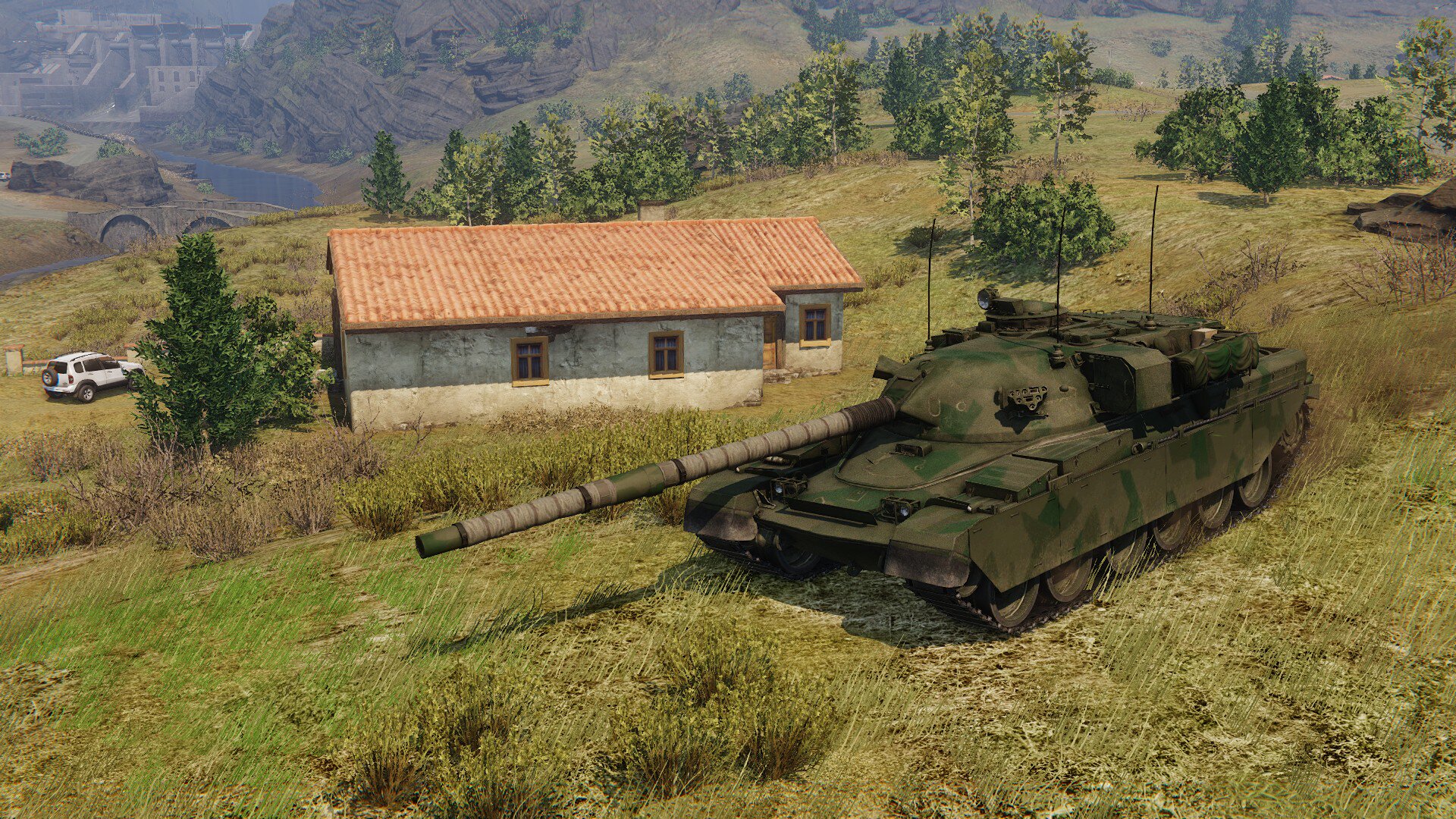 Unfortunately, at that point, the Six Day War started. The British, fearful of losing contracts in Arab countries, sent frenzied messages to Israel to move the Chieftains away from the borders with Egypt. The now legendary laconic response from Israel was:

Trials continued for a while after that and both the Israeli and the British learned many interesting things from them. Israel officially asked the British for the purchase and license production rights for the Chieftain on 17.10.1968. Unfortunately, at this point the British government was generally full of anti-Israel sentiments and officially denied the request. How "realistic" British foreign policy was at the time can be illustrated by the fact that the Chieftain was actually offered to Iran and Libya instead later on. The Americans were shown the Chieftain as well – they were not interested in the chassis but in the 120mm gun. Despite some favorable firing testing results, they later opted for the Rheinmetall smoothbore instead.

Starting from September 16, 1969, the Mk.3 version (with an improved L60 engine variant and new commander's cupola) was produced with 199 older Mk.2 tanks rebuilt to Mk.3 standard as well.

In Armored Warfare, the Chieftain Mk.2 is a Tier 4 Main Battle Tank and marks the beginning of the British MBT line that includes several other Chieftain variants and ends on Tier 10 with the Challenger 2 ATDU.

The British MBTs rely on two things – HESH ammunition and armor. They are invariably slow and sluggish and are better at taking punches than avoiding them. The low-Tier Chieftains offer solid turret protection but their hulls are generally vulnerable. The Challengers, however, are a different story entirely – they can resist many types of shells and while they do have a number of weakspots, their thick hide routinely saves them even in the thickest fighting and allows them to survive scraps that would leave other tanks smoking wrecks. 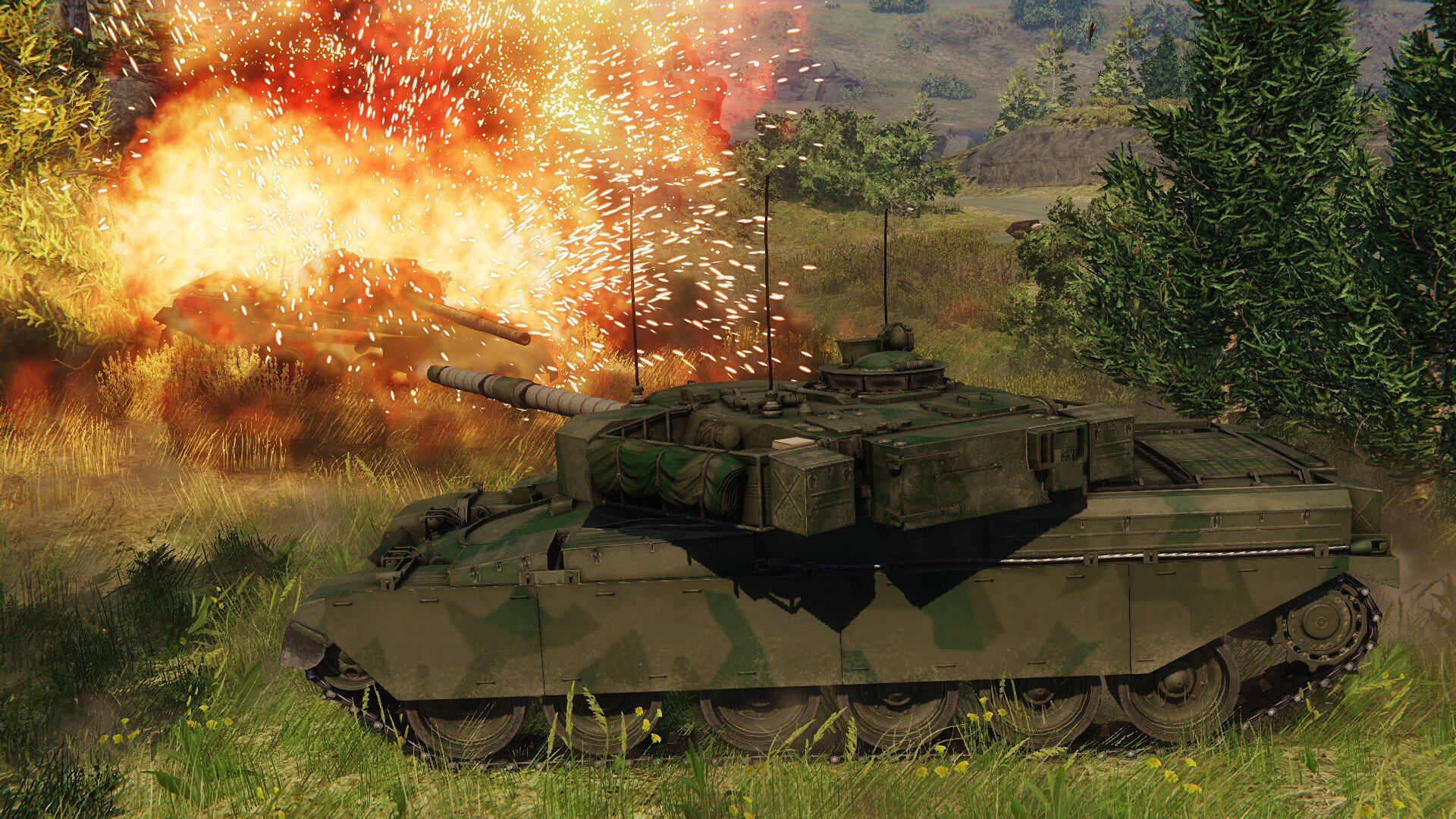 As the only nation that stuck to the 120mm rifled guns, the British have special access to ammunition that tears even the thickest armor apart – the High-Explosive Squash Head rounds. This ammunition was developed to defeat Soviet tanks with sloped armor and is brutally effective against well-angled frontal plates typical for Russian design composite armor plates. This allows the Chieftains and Challengers to fight off their Russian counterparts comfortably despite their mediocre mobility.

While having a tough hide might seem like a no-brainer for successful gameplay, the mediocre mobility and generally poor firepower of the 120mm rifled guns make the British vehicles more suitable for experienced players. The British MBTs are not suited for fast maneuvering and have to rely on some elementary player coordination to succeed – even though they are able to mount spirited and unyielding defense, without support they will eventually get outflanked and overrun.