The Challenger 2 started out as a private venture for Vickers Defense Systems, who wanted to produce a worthy replacement for its predecessor, the successful Challenger 1. Challenger 1 had its roots in the failed improved Chieftain (known as Shir) production run for Iran – as a result of the Iranian revolution and the fall of Shah Reza Pahlavi, the British military became the lead customer and it was from these origins that the Challenger was eventually developed. The history behind its name is rather interesting as well – there had already been a vehicle named “Challenger” in service – it was a mass-produced 17 pounder gun World War Two tank destroyer and a rather successful design, yet all this seems to have been forgotten and the name was re-used based on a British army vehicle naming contest.

The Challenger 1 was an excellent Main Battle Tank but Vickers felt it could be further improved and began to develop its successor while the Challenger 1 production run was still underway. Work on the new tank began in 1986 and even though it shared its name and roots with its predecessor, it featured so many improvements that it was an entirely new tank. 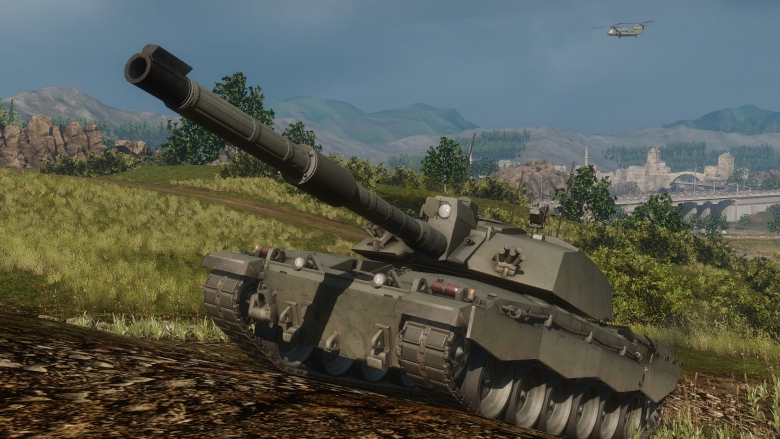 One of the major changes was the addition of second generation “Dorchester” composite armor. Thanks to this upgrade the Challenger 2 is widely believed to be one of the best protected main battle tanks in the world and no Challenger 2 has ever been lost in combat against enemy armor. 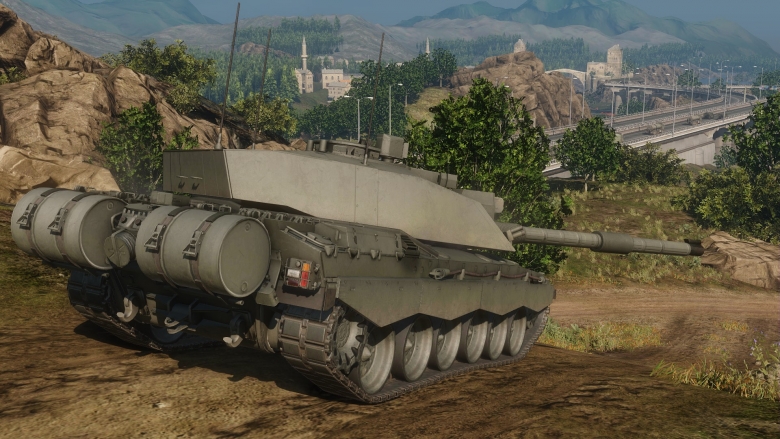 The armament was upgraded as well with the 120mm L30A1 rifled cannon being the weapon of choice. The Challenger 2 is one of the few last generation battle tanks still using rifled cannon due to the wide use of squash head ammunition by the British army. It can carry 52 rounds of two-piece ammunition (the charge and the shell are loaded separately). Apart from the abovementioned squash head rounds (commonly known as HESH), the Challenger 2 can also fire depleted uranium rounds (the L27A1 APFSDS) and White Phosphorus shells to create smoke cover. 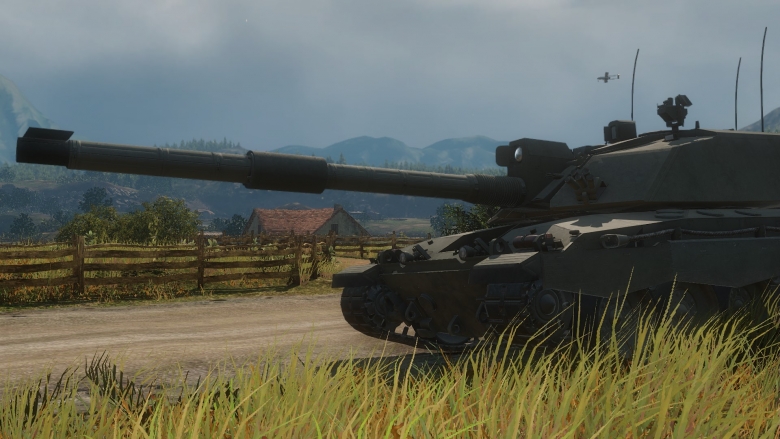 There have been several attempts to propose switching this weapon to the classic NATO 120mm smoothbore by Rheinmetall, but so far the British have resisted all of them. The “CLIP” program was developed with this change in mind. The idea behind it was to save money on logistics through the unification of ammunition with other NATO countries that use 120mm rounds. The problem with this solution is that because the original gun uses two-piece ammunition, the turret would require an extensive overhaul due to a lack of space inside. Given the very high cost of such an overhaul, the program was cancelled. The vehicle is powered by a 1200 horsepower Perkins CV12 26 liter diesel engine and it can reach a top speed of 59 kilometers per hour. While not the fastest tank out there, the Challenger 2 is no slouch and it can accelerate well, despite its weight of roughly 62 tons. 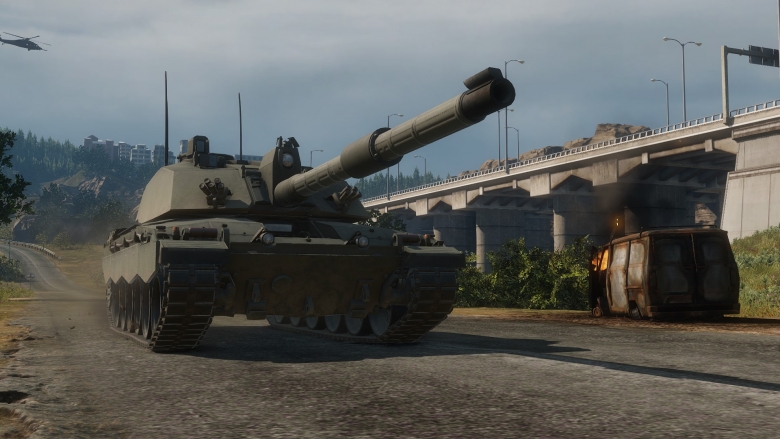 Based on successful trials, the British Ministry of Defense placed an order for the Challenger 2 in 1991 and over 400 were built between 1993 and 2002. In the late 90s, the Challenger 2 completely replaced the Challenger 1 in British service. Challenger 2 tanks participated in the 2003 war in Iraq, where they fared very well – in fact, it was there that they gained their reputation for being practically impenetrable. In one incident near Basra, one Challenger 2 was hit by Soviet-made RPGs around 70 times and still survived. Damaged Challenger 2s were either the result of improvised explosive devices (roadside bombs but also rigged heat charges) and in one instance a Challenger 2 was lost to friendly fire. 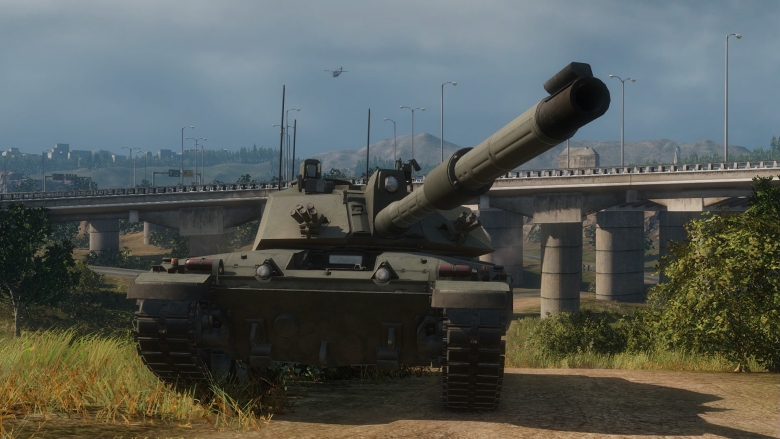 Despite being relatively successful, the Challenger 2 was quite an expensive program and with the threat of the Soviet Union disappearing, few reasons remained to continue independent tank development in Britain and it is therefore possible that the Challenger 2 will be the last Main Battle Tank to be developed in Britain. Around two hundred Challenger 2s are still in service and will likely continue to be for at least the next two decades thanks to several proposed upgrade programs, the best-known of which is the recent Life Extension Program, or “LEP”.

The Challenger 2 is a tier 9 Main Battle Tank and is a real monster in Armored Warfare. In the Early Access phase of Armored Warfare development it used to be a tier 8 tank following the Challenger 1, but given its performance, it has been moved up a tier.

Its main feature is excellent armor combined with the awesome firepower of the 120mm L30A1 gun. Its original CV12 diesel can be upgraded to the MT 883, which improves mobility somewhat, but it’s in the thickest combat that the Challenger 2 truly shines. The TES upgrade kit significantly increases its survivability by adding roughly 3cm of armor to the front and the sides as well as an extensive ERA kit to the front and sides of the vehicle and additional cage armor protecting the rear. Two armor retrofit slots are also available to enhance vehicle survivability even further. The vehicle can fire two types of ammunition – APFSDS (L26A1 “Jericho” that can be upgraded to L27A1 “CHARM 3”) and HESH (L31) with an increased chance to damage internal modules compared to the standard HE ammunition. 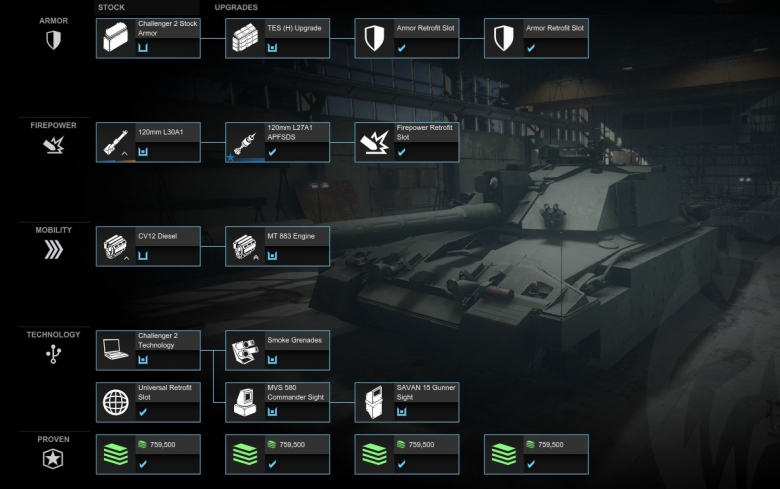 If you like vehicles that can take a lot of damage as well as dish it out, the Challenger 2 is here for you! The Challenger 2 can be unlocked from any tier 8 vehicle, with the exception of artillery, by using the token system.