Menu
Play now
In Update 0.8, Obsidian Entertainment is introducing several new features to the PvE mode as well as a PvE rewards overhaul. These new features will enhance the PvE experience, make the game more comfortable and - in two cases - improve the mode even further and provide a greater challenge to experienced players. The new features are: 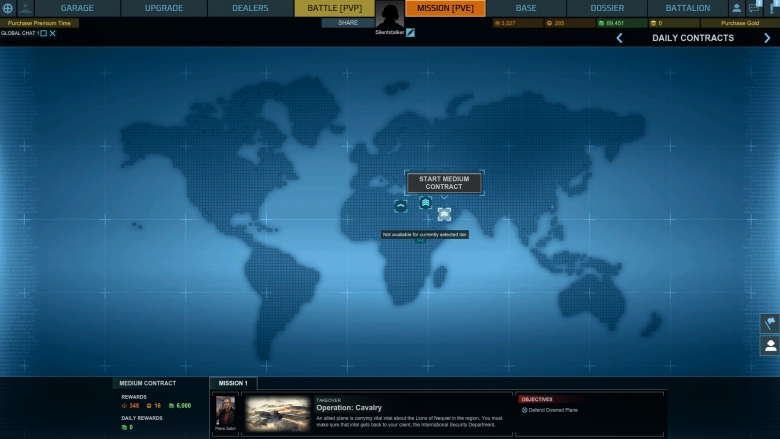 Earlier, players were only able to select the PvE mode difficulty without deciding which mission they actually want to play. With the new map interface, players can now select the mission and difficulty they want to participate in by clicking on the icon of the mission on the map and then on the grey “START CONTRACT” button (with the difficulty level described in its name). On the lower part of the screen, players can see the name and description of the mission and the reward they will obtain for completing it. Please note that not all mission difficulties are available for all vehicles – for example, you cannot enter hard difficulty missions in low tier vehicles.

Players can now start a special one-man tutorial mission: “Operation Royalty” – in this scenario, the player, a part of the “Black Company”, must liberate a refinery from the Cartel forces and rescue the ISD infantry hiding in a bunker south of the main combat area using a Leopard main battle tank. This mission is specifically designed to teach players the basics of vehicle movement, aiming, shooting and taking cover. In the future, more detailed sub-tutorials are planned for vehicle specific actions such as scouting and artillery fire. 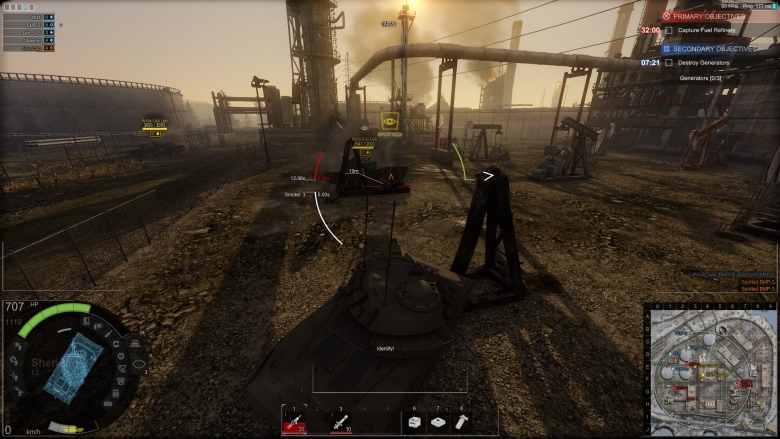 In Update 0.8, Miniboss enemy tanks can now spawn instead of the regular enemy AI vehicles. The higher the mission difficulty setting, the higher the chance of a Miniboss spawn. Minibosses can be easily recognized – they have a yellow icon instead of the usual red and they also have specific names. They are considerably tougher and harder to beat than regular AI vehicles and players are advised to exercise extreme caution when engaging them – one on one, a miniboss AI vehicle can easily destroy most player vehicles.

This difficulty level is available only for tier 8 vehicles and is suitable for very experienced players, who are seeking an additional challenge. The enemies on this level are extremely difficult as the battles were designed to be completed in platoons. Randomly assembled players are unlikely to succeed on this difficulty.

We will be introducing more updates to the PvE system as the development of the game progresses. Stay tuned and see you on the battlefield!