The Update 0.33 PTS Stage 1 is now over. During the weekend, you submitted a lot of feedback and allowed us to gather valuable gameplay data, for which we are grateful. Equally important are, however, the concerns you have brought up on the dedicated PTS channels and via the official forms. 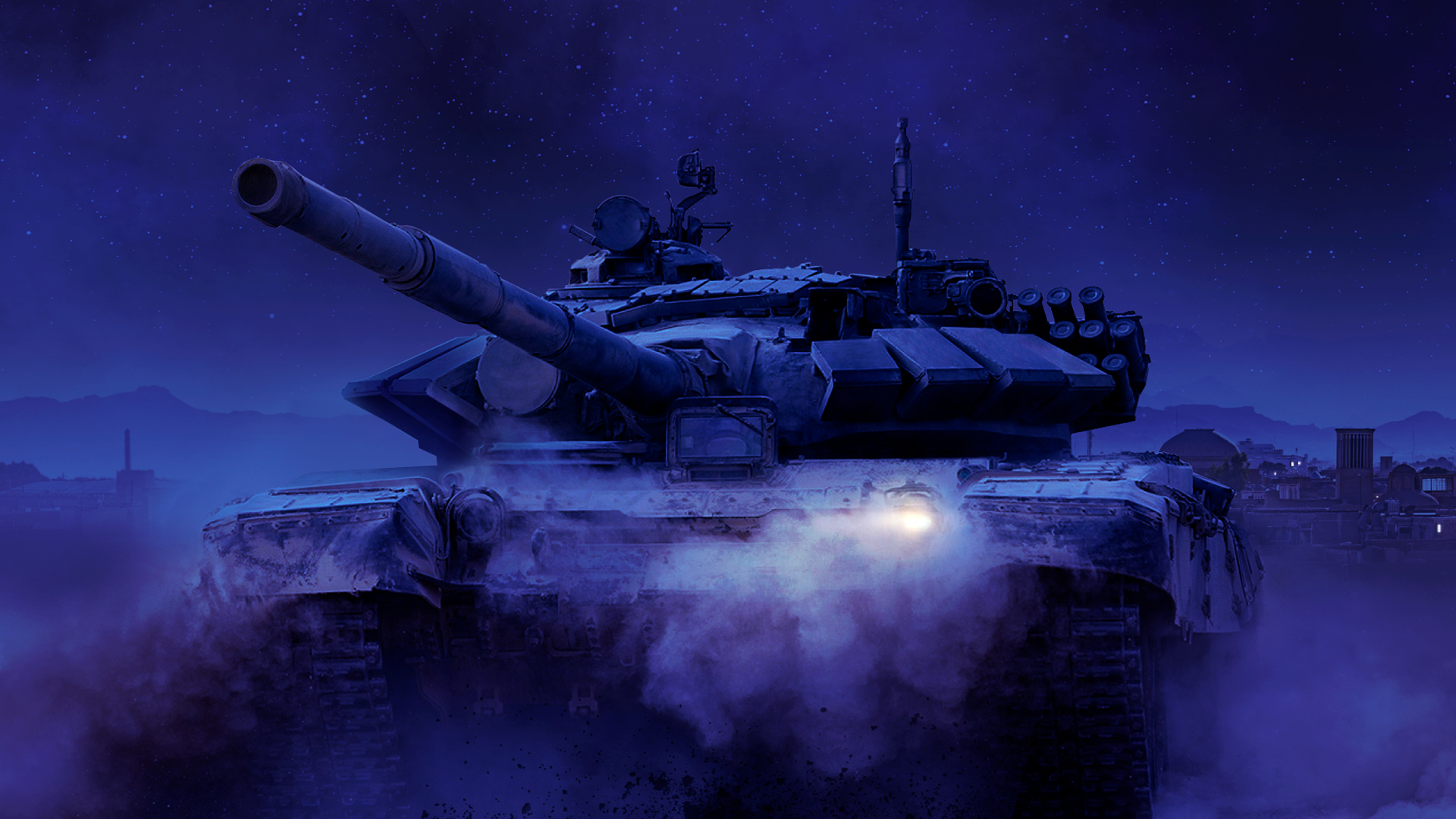 In this article, we’d like to address the most frequently asked Update 0.33 questions and submitted complaints. Without further ado, let’s dive right into them.

Minimum HE damage for ATGMs

This is one of those things that appear clear-cut but aren’t. Don’t panic though; we’ll be addressing this issue. But it’s important to realize that this is a sword that cuts both ways. Yes, we implemented minimum ATGM damage but the frontal armor of MBTs was also buffed so that the Update 0.33 minimum damage results would in fact often result in full damage penetrations in Update 0.32. This way, at least some minimum threshold of dealt damage was kept instead of negating all incoming ATGMs outright.

Another aspect to consider is that in Update 0.33, it becomes harder to launch a missile and make the hit land while surviving to fire another one, making the ATGM damage output per battle lower in this update than in the previous one.

Still, with that being said, we’ll be doing the following:

This will do the following:

We do not want to remove this element outright for the reasons listed above, but also because it adds to the gameplay diversity. This mechanic performs better against thin but sharply sloped armor (used by Russian tanks) but is nearly useless against tanks that have unsloped but very thick fronts.

In other words, in PvE, the situation should not change at all compared to Update 0.32. But in PvP, players will get more options with ATGMs being able to chip away at the armor of static MBTs the way HE shells do now.

ATGMs do too much damage or are generally too powerful

ATGMs indeed need to be rebalanced a bit. This ties well into the previous point though. We made them more powerful because of the changes to the vehicles that use them. In Update 0.33, Tank Destroyers received, amongst other things, a nerf to their reload times within launcher magazines. What this means is that the vehicle stays exposed for longer when firing multiple missiles in rapid succession. In combination with their reduced viewranges and higher camouflage penalties for firing, this makes launching missiles a risky proposition in general. The situations where TDs with missiles devastate multiple MBTs at range are quite rare now because being spotted in the process invites inevitable counter-fire.

This is still work in progress, it’ll get more diverse. It is not our intention to homogenize this aspect. Unfortunately, we didn’t have time to introduce all the changes we’d like to have during the first stage of the testing. During the second stage of testing, you will see more changes although we’ll continue to tweak this aspect through the weeks following the launch of Update 0.33.

Our goal is to remove specifically the worst weakspots that are impossible for players to hide. If a tank has a weak and massive turret ring for absolutely no logical reason, this makes the tank much harder to use and, subsequently, unpopular. That, however, does not mean the tanks will become impenetrable behemoths – yes, you guessed it; here’s where minimum ATGM damage (for example) comes to play. Of course, the best defense against any ATGMs is not to get hit, which is why we have, amongst other things, improved the performance of MBT smoke grenades and generators or, in some cases, partially increased MBT mobility.

But we digress. The main point is that this feature was incomplete during Stage 1 and we apologize for giving you the wrong impression.

This was basically a bug (causing too high regular HEAT damage) combined with some missing adjustments. We do not plan to make HEAT-MP shells perform worse than the regular HEAT shells in general, although – and that’s worth stressing – not better either. What that means is that in some cases, their base damage may be lower due to the added HE effect, but not by that much.

This was a bug in the sense that the rebalanced HESH shells were not ready for the PTS. They’ll get their performance back.

The intended part is for the MBT sides to generally be thicker in the front and thinner in the back.

Another intended part is to actually make different autocannon calibers different from each other. In Update 0.32, all things considered, 30mm, 40mm or even 50mm autocannons don’t get used in a different fashion and this change aims at remedying that. Our goal is to tune the smaller autocannons to the role of light AFV killers while leaving MBT sides to heavy autocannons, Light Tank cannons and ATGMs. We all know that the autocannon-ATGM BMPT combos are way, way too powerful and universal and this change will rectify that.

As for the weakness against MBT-class guns – the frontal part of the sides is thicker still and, in combination with the ricochet mechanics that aren’t going anywhere, provides reasonable protection. You’re not supposed to show your flanks to the enemy in your MBT, in case this wasn’t obvious enough.

And, last but not least, as in every point, this will be subjected to more rebalance so that the tanks armor matches out intentions.

MBTs have way too high damage per minute values

Overall, the rate of fire buff for all MBTs is intended as concentrated firepower will help MBT players to break through enemy lines. Our plan is to reward aggressive MBT gameplay, not to support camping. That’s the aim of this entire update. But, and now we are repeating ourselves, this will still be looked at and possibly rebalanced.

MBTs are now too fast (and other concerns regarding mobility)

Most vehicles (including MBTs) still have the same acceleration and maximum speed. What changed is the steering at high speeds and the loss of speed when steering (both having been improved). With this system:

But, you know the last part already – yes, we are still going to do some fine-tuning.

Tank Destroyer viewrange was nerfed too much

We nerfed the Tank Destroyer viewrange roughly by as much as we did the MBT one. We also made the penalties for launching missiles worse and are going to make them even worse still. This was done in order to make sure that this class doesn’t generally spot as well as other classes by also receiving considerable firepower. Instead, in line with what was written above, firing at the distances that also allow the Tank Destroyer to spot its targets on its own will result in getting spotted almost immediately. This is intended but yet to be fine-tuned.

So... this is awkward. Yes, it’s there even though we promised it wouldn’t be, yes, it’s massive and yes, we know about it. Long story short, during the process of rebalance, we discovered that mid-Tiers would also need some love but there is only so much time and, as you might have imagined, this whole rebalance deal is not quick. After all, the last major rebalance did cost us six months and a whole development team. We could rush things even more but, in such case, major screw-ups are guaranteed and nobody wants that, us the least of all.

So, what’s going to happen is that for the time being, and we’re talking about a month or two, things will stay that way. It’s the least bad of all solutions, all things considered. We do apologize for that. The obvious counter-argument would be to just delay the whole thing until everything is ready but, for internal reasons we mostly cannot talk about, that’s not really an option. We will do our best to fix this as quickly as possible (in a matter of a few extra weeks). We’ll also tweak the matchmaker so that Tier 6 players aren’t terribly disadvantages by this unfortunate situation.

There’s a clear Russian bias because the Russian tech is getting buffed while the NATO tanks are getting nerfed!

Oh god. Not this again. Do we really have to address this? Okay, fine, just to be clear, once for all. This isn’t the Soviet Union. We don’t get monetary bonuses for making Russian tanks look good. We wish we were, but we aren’t.

On a more serious note, our goal is to make the game fun and balanced for everyone and most of the alleged “biased” cases can be easily explained:

As for the general frontal armor layout of Russian MBTs, apart from the obvious considerations (the armor is well sloped but thinner than on western MBTs, western MBTs have better gun depression values and will receive LFP buffs where needed), you might remember from the Developer Diary articles that tank range will also play a role in MBT combat. Next time the PTS is on, we’d like to ask you to check the armor performance using the Armor Inspector feature at distances longer than just 100 meters.

To close things off...

Like we said before, we do appreciate the amount of feedback from all of you as well as your passion in submitting it. There’s a lot of work ahead of us. Some of you mentioned the desire for us to push that proverbial big red button and stop the update but, due to the features we have planned for the future (well beyond 0.33), that is no longer an option. The update lays down essential groundwork for future content and contains far more internal mechanic overhauls than you might imagine even if you don’t see their effect directly. And let’s face it, pushing that red button doesn’t always end well either. Just ask the people at Chernobyl.

What this means though is that we have a lot of work ahead of us to make you guys happy, because that’s what we want to do. Thank you for your patience and your help.

We’ll see you at the next PTS iteration!

Learn more about the delay of Stage 2 of the Update 0.33 PTS phase