We’ve already unveiled the mighty SU-152 Taran, which will be available for free in the upcoming “Of Lilac and Steel” event in celebration of the liberation of Europe from the horrors of Nazism. But the vehicle is not the only prize that will be obtainable. We are also working on a special skin for it called Liberator.

This skin is inspired by the act of liberation by Soviet troops – in this case of Prague, which was one of the last major cities in Europe to be occupied by Nazi armies. The skin wears the markings similar as the tanks that liberated the city in 1945. 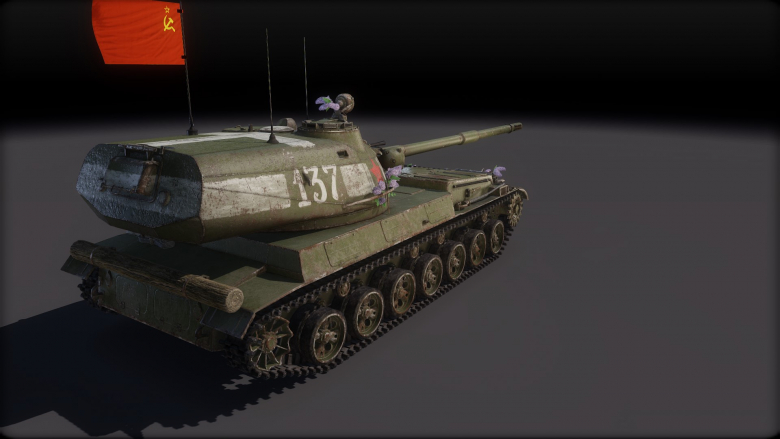 The khaki color of the skin matches that of the late Soviet tanks. White invasion stripes are painted on the vehicle’s turret, along with a red star and its identification number. 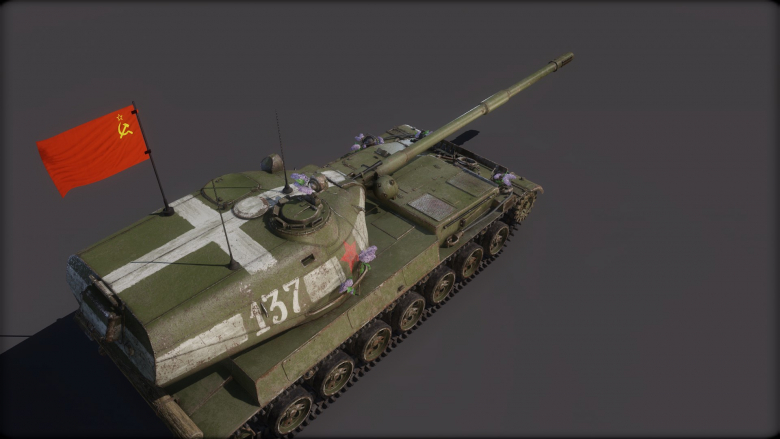 Spare tracks are carried on the frontal hull in the same manner as often seen on Second World War tanks. In some cases, the crews believed that it would add to the protection of the vehicle – however, on our skin, the change is only cosmetic. 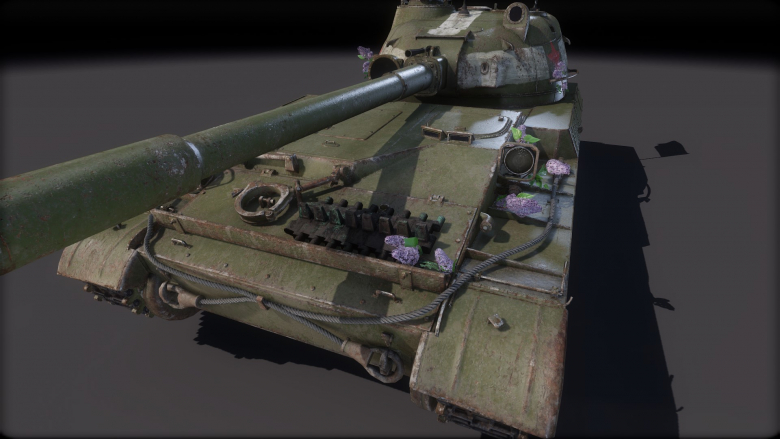 And, last but not least, there are Lilac flowers adorning the vehicle. In former Czechoslovakia, the Lilac bloom is associated with the liberation from Nazism. When Soviet tanks entered Prague in May 1945, the Lilac bushes were in full bloom and the smell and color have been connected to the feelings of joy and liberation from the clutches of war ever since, as grateful citizens adorned the tanks of their liberators with these flowers. 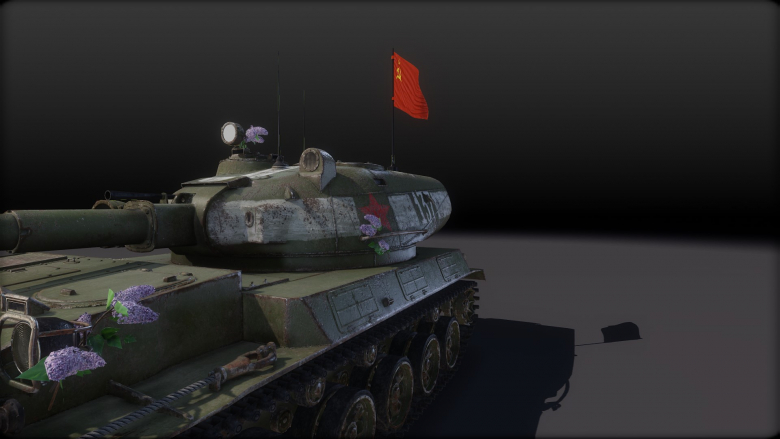 This skin was designed as a tribute to a common Soviet soldier, tank crews included. The Soviet Union paid a heavy price for the war, with millions of soldiers laying down their lives to repel the invasion and to liberate Europe. These men and women often perished far away from home. When the Motherland called, they answered. It is their sacrifice we are honoring.

We hope that you will enjoy the event, including the skin, as much as we enjoyed creating it for you.

The event is bound to start soon, so until then: