When we think about armored vehicles, we rarely think of something truly positive. After all, these are tools of war, designed to kill the enemy in the most efficient manner possible. But, even if we take their dark purpose into account, there are some very black spots in the armored vehicle history.

One of those very specific black blotches in history diaries is their abuse, especially by civilians. The best known such case is the infamous United States of America tank rampage from 1995. A troubled man by the name of Shawn Nelson stole a National Guard M60A3 Patton tank from a poorly guarded yard and set off on a twenty minute rampage through the suburbs of San Diego, crushing cars, fences and other obstacles along the way. Fortunately, no innocent bystanders were hurt during the event.

The chase eventually ended when Nelson got on a highway and steered the 57 ton tank into concrete obstacles in the middle of the road, preventing drivers from crossing to the opposing lane. His vehicle didn’t manage to break through them despite Nelson’s several attempts to shake it loose. Nelson did not lock his crew hatches and several law enforcement officers climbed aboard the tank, opened them and shot Nelson dead.

The chase was broadcasted live on TV and was widely publicized afterwards with many journalists looking for Nelson’s motivations. Their investigations unveiled the life of a man who fell deep into his problems and just couldn’t get out. The chase was later immortalized in a song by Megadeth. This case is generally very well-known and documented. Others are, however, not.

Such sad stories weren’t, of course, confined to the United States. They also happened on the eastern side of the Iron Curtain – with one major difference. The state-controlled media weren’t reporting on such events and thus they passed unnoticed except for direct witnesses until the opening of military archives after the fall of communism. In the 1950s and 1960s, cases involving armored vehicles were often attempts to escape the “worker’s paradise” that was former Czechoslovakia – sometimes, they were successful but most of the time they were not.

Another source of such incidents was the situation in the military. For the entirety of the socialist era, the militaries of all Warsaw Pact countries were based on conscription. There was a mandatory service required for all able-bodied males for the duration of two years and even though in reality there were many way of bypassing this “honor”, thousands of young men every year ended up in involuntary service to their state, often suffering from bullying from the hands of older, ranking or professional soldiers (the entire Czechoslovak military was 200 thousand strong at any given point, out of which roughly 61 thousand were professional soldiers).

This hostile environment led to a large number of suicides or suicide attempts, especially amongst the conscripts. According to the military archives, the number of yearly suicides and suicide attempts combined was as high as approximately 200 men per year. The general training losses for a military of this size were relatively high as well with 2799 dead and 3146 critically injured between 1969 and 1989 – and all that during peace time. It’s worth noting that this number does not cover the “instructors” sent to various third world countries.

One such tragic case happened in 1983 in the town of Rakovník – only this time, it involved a tank. The official account goes like this:

On one Sunday afternoon October 16, two friends – both conscripted Privates in the army – decided they’d sneak out of the barracks for a beer or two. They drank in a local pub for a few hours until they were fairly drunk. Around 20:00, they decided to return back to the barracks and on their way, they passed a tank yard. One of them – Private Rudolf Meduna, a trained tank driver – decided it would be a good idea to take his T-55 tank for a spin.

He ran to his assigned tank that was a part of a fast response unit and thus kept fueled and combat-ready. He started it up and drove off, crushing through a thin steel fence surrounding the vehicle pool. A few kilometers down the barracks road, he encountered a civilian car. Drunk as he was, he didn’t manage to clear it and crushed it with his tank instead, running over the entire driver’s side. The driver, a local woman, miraculously survived, but she was critically wounded and never really recovered from her injuries. 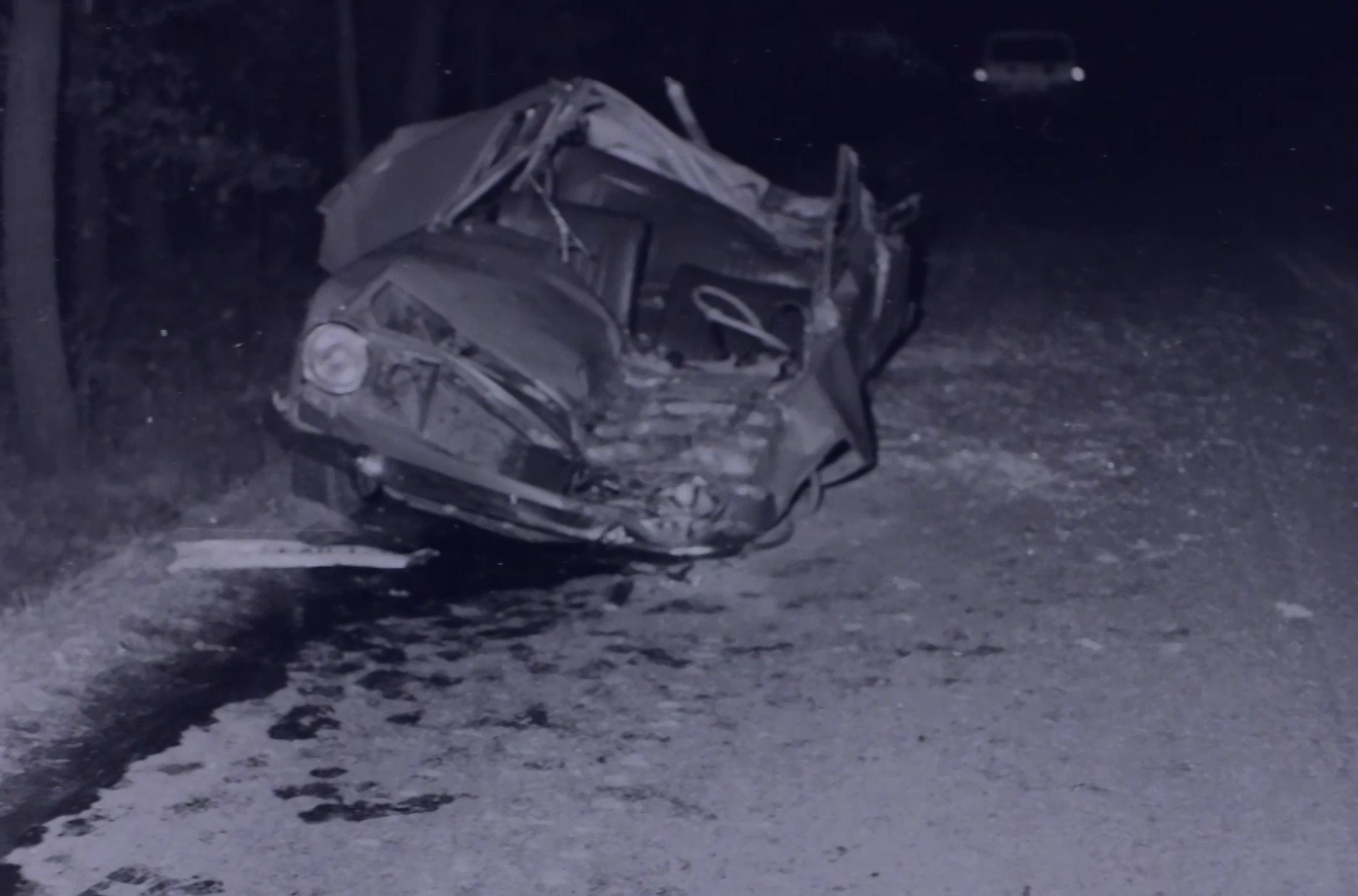 After driving for some time, Meduna sobered up and realized what he had done. Near a village called Veclov, he drove his tank into a field, switched the gears to reduce the vehicle’s speed to a crawl, climbed out of the tank, lay down before it and let himself be crushed by its tracks. The policemen who were in pursuit at that point found him still alive, but he died shortly afterwards.

The uncontrolled tank continued to drive forward into another village ahead of it, crushing a few fences until it crashed into a large barn, stalling the engine. It was recovered the next day. 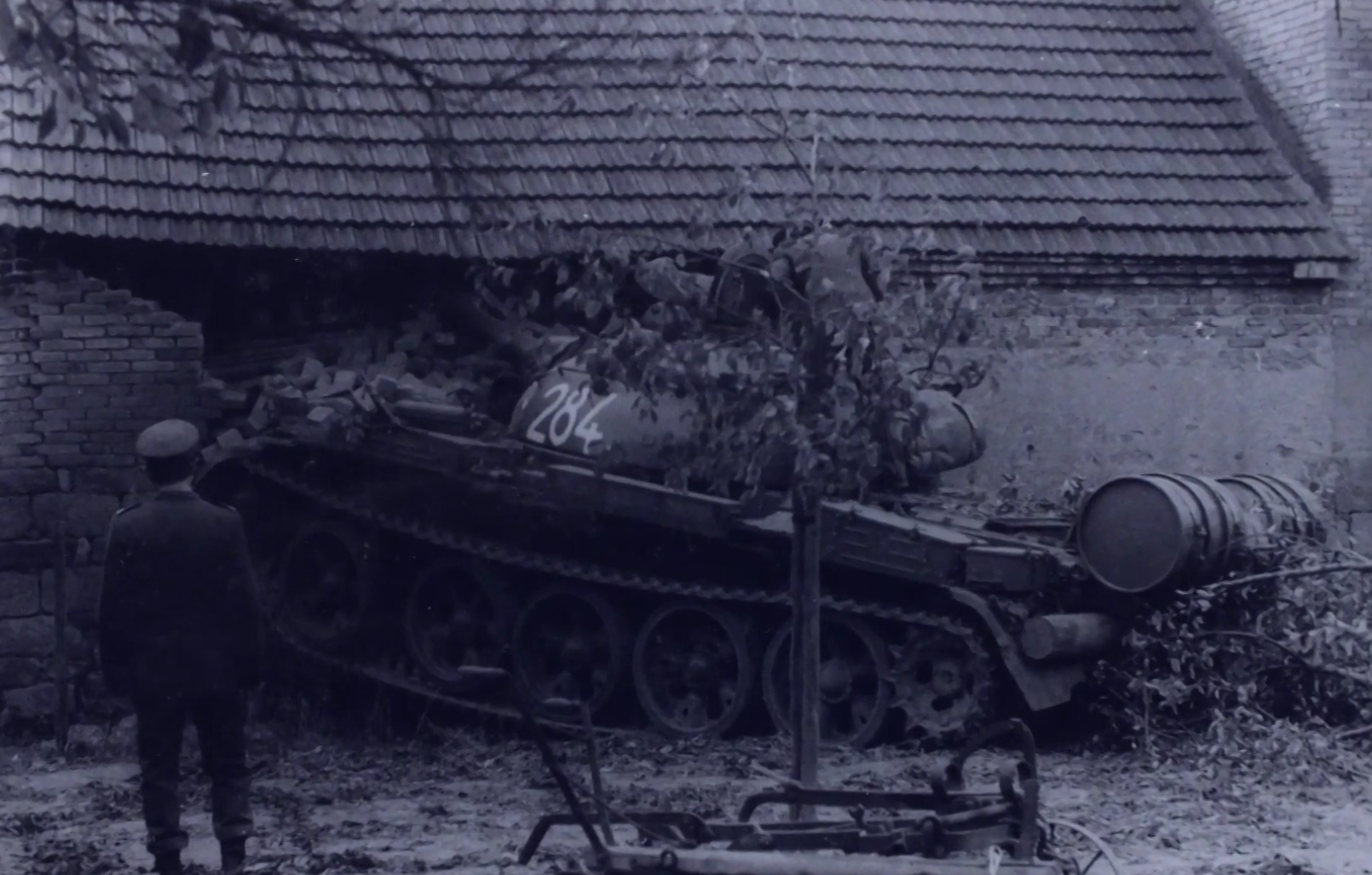 The official report of the incident mentioned drunkenness along with a desire to see his girlfriend as the reason for the deed. This story was later replaced by another official version that included an argument between two friends as to which tank type is better and Meduna’s desire to prove his point. However, a recent investigation uncovered the fact that Meduna was bullied mercilessly in his unit. Bullying officially did not exist and was rarely punished with most of unit commanders turning a blind eye to it.

The professionalization of the Czech military solved most of the bullying issued, even though it took fifteen long years to implement. From 2004 until today, 36 active service members died in the line of duty, 15 of who gave their lives during combat missions abroad.

Even today, however, there are those who long for the return of the “old ways” when serving in a large conscript army “made boys into men”. This is, of course, a foolish notion – with new military technology becoming more and more complex, conscript armies are not suitable for modern battlefields at all. Let’s therefore hope that the fantasies of old men about their youth stay just that – fantasies.