When discussing the eastern armored forces of the world, few popular publications look further than China, the undisputed military hegemon of East Asia. However, to the discriminating eye of a tank connoisseur, smaller militaries in the area offer a plethora of interesting vehicles to learn about – after all, need is the mother of invention and some Asian designs (usually adapted Soviet or American vehicles) are very inventive indeed. Other vehicles include designs that can't be found in any other part of the world because the only customers for those particular machines come from that area. One such vehicle is the Cadillac Gage Stingray in the service of the Royal Thai Army. 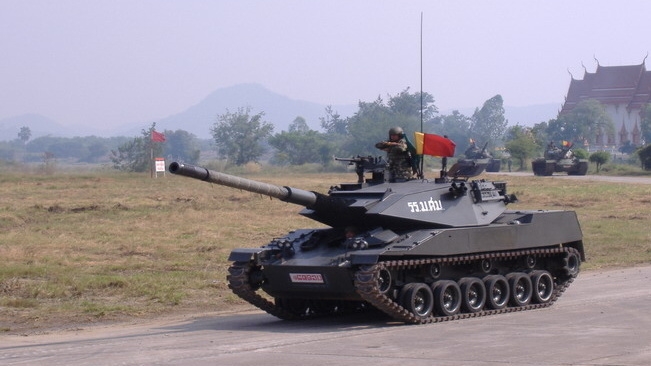 The Stingray was born in the early 1980s as a private project of Cadillac Gage, reacting to U.S. Army requirements for the Armored Gun System (AGS) program, which in turn was started with the intention of replacing the aging M551 Sheridan. The main idea behind the vehicle was to have something with the firepower of a Main Battle Tank – but lighter, more mobile and, most importantly, air-transportable. The main requirements were:

Development began in January 1983 and prototype assembly started in February 1984. The vehicle was first introduced (as a mock-up) to potential buyers in 1984 and it immediately got the attention of several militaries. It was, however, still an untested concept and two prototypes were ordered to remedy that. The Stingray was a conventional Light Tank with a four-man crew (crew size was never a problem for third world customers). It's worth noting that the turret was specifically designed to be usable on M551 Sheridan, M41A1 Walker Bulldog and LAV-300 hulls, potentially replacing the old turret to extend the lifespan of the vehicles in question. 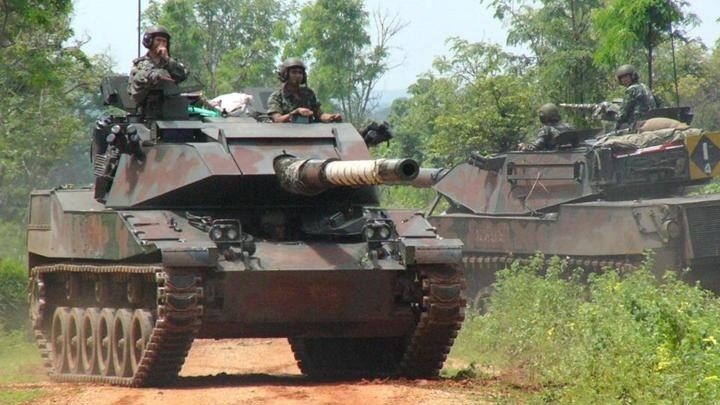 The Cadloy steel armor wasn't very thick – it was designed to withstand hits from Soviet 14.5mm heavy machineguns in the frontal arc – but little else, making the vehicle's size and mobility its primary means of defense. The sides and the rear of the vehicle were only resistant against small arms fire. The main armament consisted of a modified Royal Ordnance L7A3 105mm cannon with a new muzzle brake and fume ejector. The recoil of the gun was prolonged, making it possible for the gun to be fired from such a light platform. The gun was also stabilized.

Sufficient mobility was assured by a 335hp 12.06 liter Detroit Diesel twin-turbo V8 engine, which enabled the vehicle to go as fast as 69 km/h. Under ideal circumstances, the vehicle accelerated from 0 to 32 km/h in roughly 6 seconds. The vehicle could also be equipped with an automated fire extinguishing system and NBC protection, should the customer wish.

The testing process began by mounting the future Stingray turret on a Sheridan hull for firing trials in June 1984, while the first complete prototype was shown to the public four months later. The second prototype was ready in mid-1986. By that time, potential buyers were already circling the new modern and – most importantly – affordable vehicle. The first prototype was trialed in early 1986 in Thailand and later on in early 1987 in Malaysia. Unfortunately, the one customer Cadillac Gage (from 1986 Cadillac Gage Textron) was truly after didn't bite; the U.S. Army never showed an interest and the entire AGS program was eventually cancelled in the 1990s.

The Royal Thai Army did like the tank, however, and signed a contract for 106 of these vehicles in October 1987. The production run price was set to 150 million USD and the vehicles were delivered between 1988 and early 1990. At that point, it was the most modern armored vehicle of the Thai military and it remained so for 15 years until the delivery of the first Ukrainian Oplot MBTs in February 2014. 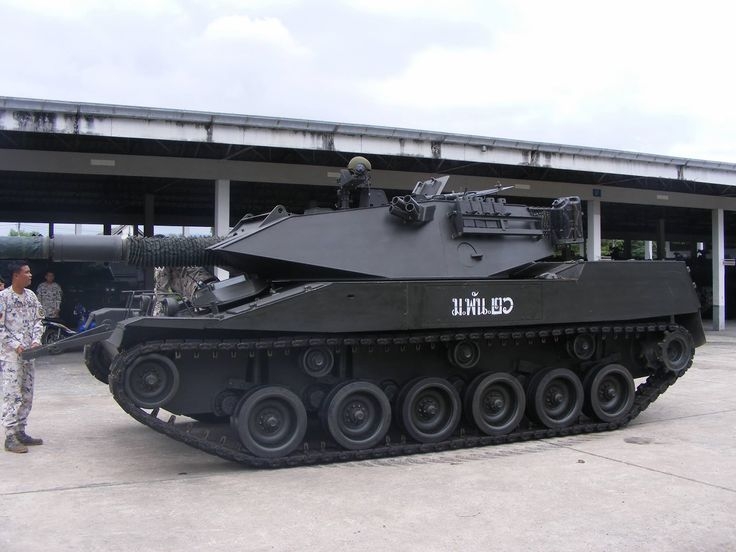 Thailand did buy other armored vehicles as well, most notably approximately 100 Chinese Type 69 MBTs. However, they were not bought for their qualities (the tank was obsolete by 1987), but for political reasons - in exchange for a cessation of Chinese support for Thai Maoist rebels. The price agreed for the Chinese tanks was very low, but, unfortunately, so was their quality and not a single Chinese vehicle was in running condition by 1997, making the Thai press question any further arms deals with China.

The Stingray suffered its own complications. After roughly five years of service, around half of the Stingrays had turret and hull armor cracks. These issues led to accusations of the military purchasing "untested prototypes" and the corruption that allowed such a trade.

Cadillac Gage sent a team to Thailand to investigate. The results were unexpected. The reason for the cracks was that the army had been running illegal "races" with the vehicles with each crew competing for the highest jump they could achieve. The highest jump was discovered to be over two meters! The investigators directly linked the cracks to this "performance", but in the end Cadillac Gage offered to repair all the vehicles for free, a deal which the Thai military gleefully accepted. 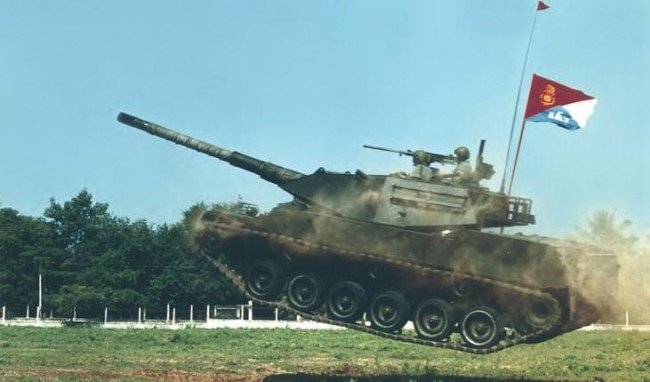 Apart from this incident, the Thai Stingrays were never involved in fighting other armored vehicles. The closest it came to a shooting conflict was in 2011. Cambodia and Thailand had argued over the ownership of the Preah Vihear temple for over a century. This dispute occasionally involved small-scale firefights between border patrols, but from February to May 2011 the conflict escalated with both sides deploying regular infantry supported by artillery units and tanks.

Cambodia sent its T-55As (bought from Serbia) to the area, while Thailand countered with the best they had at the time, the Stingrays and M60A3 Pattons. In the end, however, neither side actually used these vehicles in combat and the situation eventually de-escalated, although the area remains a contested territory to this day.

The Stingrays continue to serve in the Royal Thai Army to this day, mostly in the north of Thailand. They are better suited for the diverse terrain of the region than full-fledged Main Battle Tanks and although the Thai military is considering replacing them, they are still expected to be active for years to come.