There are many environments that are far from ideal for tank operations. The cold plains of Russia will make engines freeze, while the hot deserts of Africa will clog external parts with dust, making even the best-cared-for vehicles break down. Few environments are as hostile to tanks as tall mountains ranges and it is in this environment where light tanks thrive. 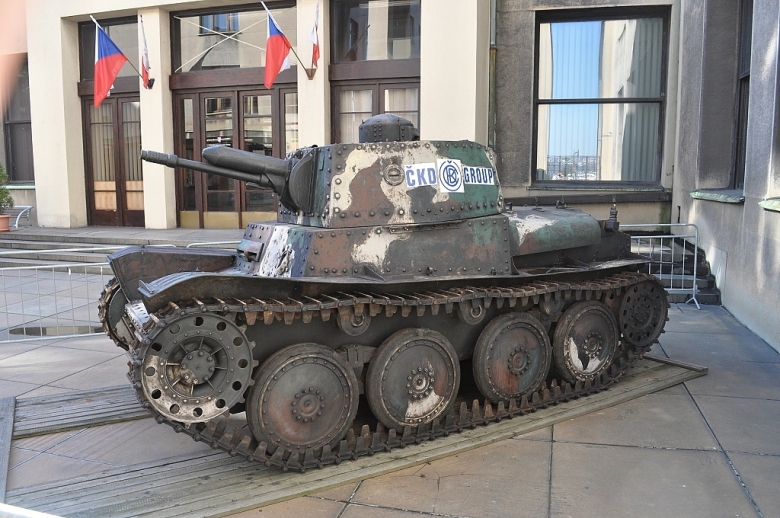 The use of light tanks in mountainous areas goes back to the Second World War and any number of examples can be brought up. Those cases were usually based on the need to deploy armor in inaccessible areas of countries, based on tactical and strategic demands appearing during conflict (such as the eradication of partisans, for example), not on the intent to actually acquire vehicles to operate in such environments in the first place. There some exceptions, however, where countries specifically acquired armor with the intent to operate it in the mountains. One such example would be the Peruvian military and its Tanque 39 light tanks.

A part of Peruvian territory is covered by one of the tallest mountain ranges on Earth, the Andes. With their peaks reaching up to 7000 meters, Peru's terrain is extremely diverse and covers several types of climates. For Peruvian armor to be able to operate under such conditions, several conditions had to be met:

Other conditions were more region-specific. Since the 19th century and the time of Simon Bolívar, Peru had been involved in a territory dispute with Ecuador over several provinces that eventually escalated into multiple armed conflicts. Most of those clashes are notable for the use of air-force, but one – the Peru-Ecuador war of 1941 (otherwise known as Guerra del 41) – involved light tanks that tipped the scales in Peru's favor. These tanks were called Tanque 39 in Peruvian service, but their factory designation was LTP and they were imported from faraway Czechoslovakia.

The designation LTP means Lehký Tank, Peruánský (Light Tank, Peruvian) and it was built by ČKD/Praga as a response to the needs of the Peruvian army. It was based on another light tank called TNH. The TNH was a rather successful design built for Iran between 1935 and 1937. Its success attracted other potential buyers. Peru being one of them.

The negotiations for the deal took place between 1936 and 1938 and were led by Col. José Tamayo from Peru. The Peruvian army's most important demand was that the vehicles should be able to operate independently and without problems at high altitudes – the low air pressure at high altitudes could pose a serious problem.

To compensate for this, Praga engineers increased the air intake to the engine while using better compression ratios. The result was good - the vehicle could operate at any altitude up to 4500m above sea level without any reduction in performance. The vehicle would also have to be light, with reasonable firepower and adequate protection for its time.

Naturally, there was the question of who the vehicle would have to fight. Peru did not need a battle tank designed to take on hordes of incoming Panzers, rather than a nimble quick vehicle with enough firepower to knock out enemy infantry strongpoints and to serve in counter-insurgency operations against infantry.

Ecuador did not have any armor whatsoever at that point (they acquired the first Marmon-Herrington tankettes in 1942, a full year after the war), so the basic protection levels, able to withstand light anti-tank and heavy machinegun fire, were sufficient.

The LTP Light Tank weighed 7.3 tons and had 25mm thick frontal armor. It was powered by a 125hp Scania Vabis engine, had a maximum speed of 40 km/h, an operational range of 190 kilometers and was armed with a 37mm gun. 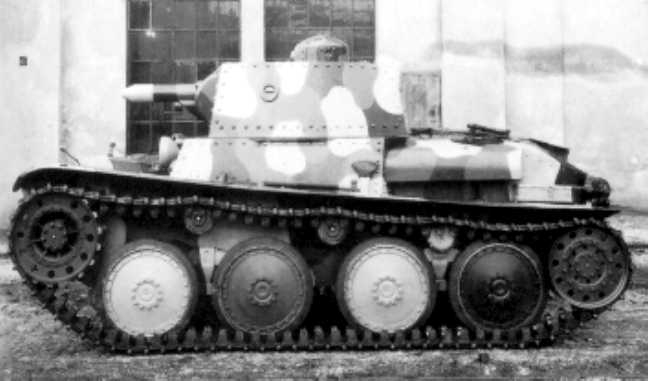 After roughly two years of negotiations, an agreement was reached to purchase 25 vehicles, should the prototype trials in Peru prove a success. The prototype officially transferred to Peru in Lima under the supervision of Captain Hector Cornejo (technical supervisor) and his two assistants (one of whom was a Native American).

The prototype vehicle was trialed in the following months and worked perfectly, obtaining quite a reputation amongst the Peruvian soldiers. ČKD archives speak of an incident, during trials in the mountains at 3700 meters above sea level in September 1938, where one vehicle driving on a mountain road slipped from the slope and fell 5 meters on its roof.

The tank, however, was extremely resilient, so the damage was minor and the vehicle was repaired by the ČKD technicians present overnight. The trials resumed the next day. This incident actually created a whole legend about the vehicle. The story was told so many times by so many people that, in time, people started to believe that the tank was tipped back on the tracks after the fall and continued running without any repairs.

While that was not what actually happened, these rumors contributed to the excellent reputation of Czechoslovak tanks in South America. 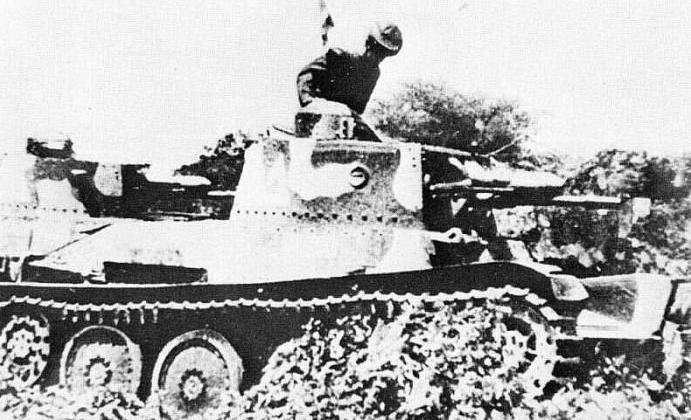 LTP during trials in Peru

By the time the trials ended, pre-war mobilization was taking place in Czechoslovakia and the vehicles being manufactured for Peru were confiscated by the Czechoslovak army. After the mobilization had been cancelled, they were returned and, in November 1938, the first 6 serial vehicles were shipped to Peru. Twenty-four were built in total and the last of them arrived in Peru on February 27 1939.

It's worth noting that apart from the tanks, Peru ordered a large amount of spare parts, ammunition (and weapon components) provided by Škoda, Praga T-6 artillery tractors, a mobile repair workshop mounted on a truck trailer, one Praga AV staff car and one Praga RV support vehicle.

The tanks saw action for the first time in 1939 against a group attempting a coup d’état. Their debut was a success and in June they were officially presented to the public during a military parade in Lima.

During the Peru-Ecuador border war in July 1941, 12 of the vehicles were successfully used against the Ecuadorean forces. The war itself took place from July 5 to 31 1941. The Peruvian military initially had roughly 11 thousand to 13 thousand trained men at its disposal (some sources claim as many as 20 thousand), while the Ecuadorean army had only approximately 1400 men and no heavy weapons at the start of the conflict in the area. Of the 1400 men:

There are two different accounts of how the war started. According to Peruvian sources, the Ecuadorean units crossed the river Zarumilla (serving as a natural borderline) and attacked a Peruvian border patrol in Aguas Verdes. The Peruvian forces repelled the invaders and the fighting gradually escalated all along the river with the Peruvian Air Force becoming involved.

Regardless of which version is correct, the better-armed and more numerous Peruvian units quickly pushed the Ecuadoreans from the river, while the Peruvian Air Force started bombing several cities and towns in Ecuador. 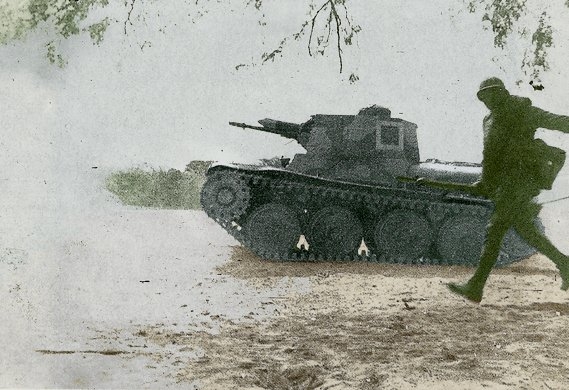 The light tanks helped the Peruvian forces immensely as nothing the Ecuadoreans had could actually damage them, let alone knock them out. The tanks could also pass through rather difficult terrain. Once the war reached areas with better infrastructure, the fight gradually became less one-sided, but the war still ended in a Peruvian victory. As a result, the Peruvians got to occupy the entire El Oro province and some towns in the Loja province. The Ecuadoreans were forced to ask for a ceasefire. The defeat caused deep economic problems for Ecuador and laid the foundations for several future conflicts – it would take decades and two more wars for the border dispute to become finally resolved in 1998.

As for the tanks, they did perform admirably during the war. The Peruvians were happy with them and wanted more – but that was already after the Second World War. More vehicles were ordered from ČKD in 1946, but that order was never fulfilled. Only a certain amount of spare parts was sold to the Peruvian army in 1950. 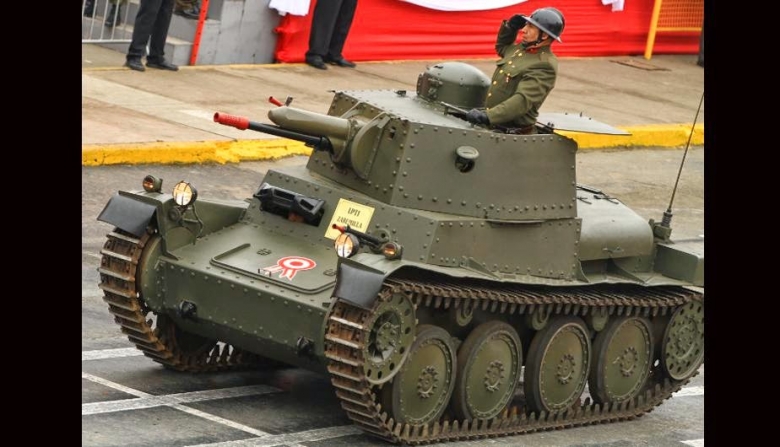 Tanque 39 during a 2014 military parade in Peru

The tanks continued to serve for three decades. In the 1970s, they were used to fight the Maoist rebels from the Shining Path movement and the last two remaining operational vehicles were used until 1988 for patrol duties near Callao. By that time they were completely worn out and they were taken out of service to be used as military monuments. One of the tanks was sold back to the Czech Republic in 2012 and underwent full restoration.

The Tyrant and the Shrew