In the militaries of the 21st century, the turretless tank destroyer vehicle class is all but extinct, the last remnants being the various chassis-gun kitbashed combinations in such countries as North Korea or Cuba. Such vehicles have negligible combat value and are usually presented for propaganda purposes during military parades. It was, however, not always so. The golden age of casemate tank destroyers was the Second World War with multiple designs appearing in practically all the armies. The StuG III was, possibly, the best (considering the cost versus combat effectiveness ratio) wartime German vehicle produced – even though the StuG is a self-propelled gun and not strictly a tank destroyer, the later versions were equipped with a long 75mm cannon to increase the number of anti-tank defensive firepower in the German units. 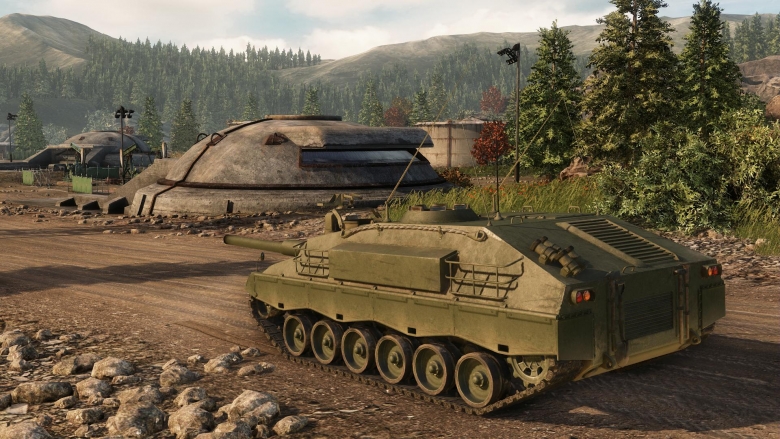 After the war, when the main purpose of such vehicles (defense) was no longer there, the turretless designs became more and more rare. The Russians continued to produce such self-propelled guns, but they eventually gave way to the more universal medium tanks (and later MBTs). The Germans mounted their leftover 90mm Patton guns on a chassis developed by Hanomag and Henschel – a relatively short-lived design that was soon replaced in its tank killing role by tanks and self-propelled anti-tank missile launchers (although the Belgians operated theirs well into the 80s). The Americans had a couple of experimental vehicles of this class in the Second World War, but basically gave up on them soon after. One more vehicle should also probably be mentioned here – the Swedish Strv 103, but that was not really a tank destroyer, it was actually developed as a medium tank and was to fulfill this role even though it had no turret. As such, the true casemate tank destroyer designs disappeared in the late 60s and 70s. 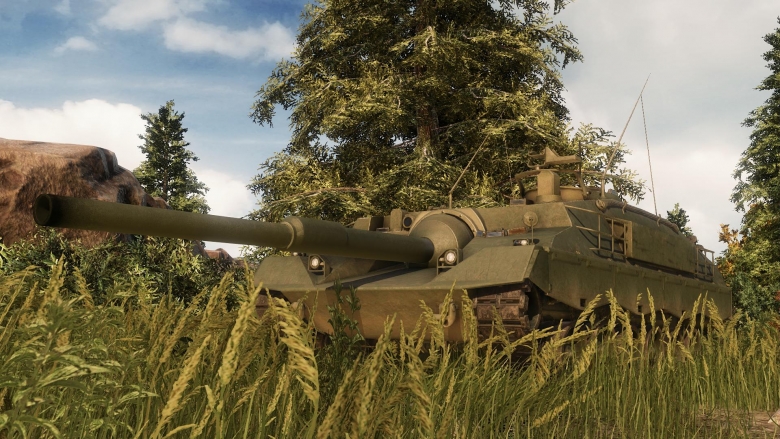 Almost all of them anyway. One particularly interesting design appeared in the early 80s in Switzerland.

In the late 70s, the Swiss company Mowag was by no means a newbie when it came to building armored vehicles. Founded as a private venture in the 50s, it produced a number of interesting armored designs, ranging from light wheeled APCs to heavier tracked vehicles (even though its main claim to fame came years later in the form of the very popular Mowag Piranha modular wheeled APC). In the 60s, Mowag participated in the competition for the German Kanonenjagdpanzer program and later produced a tank destroyer prototype of its own (called Mowag Gepard). While this vehicle was never mass-produced, Mowag was not dissuaded from pursuing this concept further although it must be noted that the idea to produce a casemate tank destroyer like that was not unique to the Swiss. The Germans proposed several concepts based on Leopard and even Leopard 2 chassis, but these never reached the prototype stage.

From 1978 until the early 80s, Mowag ran a development program for an unusual casemate tank destroyer on the chassis of one of its unsuccessful prototype IFVs. This IFV was called the Tornado and the tank destroyer project received the name “Taifun” (Typhoon). 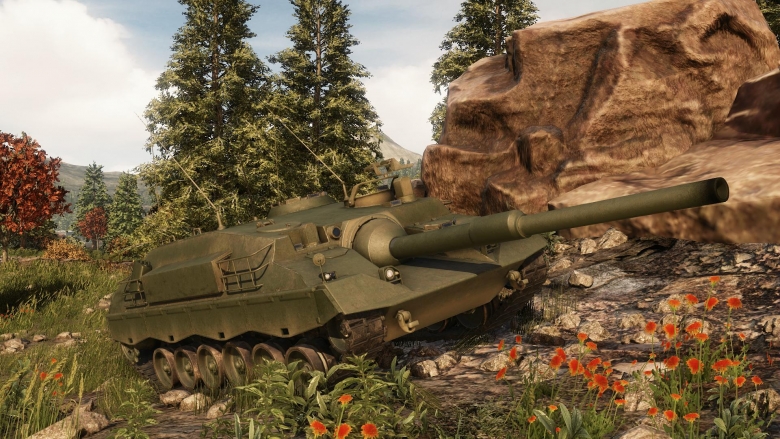 For the 80s, its casemate design was very unusual and was quite a throwback. It was a completely private venture and not a response to any kind of Swiss military demand. Back then, the Swiss army was operating a fleet of AMX-13 light tanks – in Switzerland, however, these were classified as tank destroyers. It was Mowag’s hope to replace these aging vehicles with a tank destroyer design of its own.

At least one prototype was certainly built between 1980 and 1982. It had a crew of four men (commander, driver, gunner and loader), quite thin armor (protecting the crew frontally against 25mm autocannon hits at 1000 meters and 150mm shell fragments), but a powerful NATO standard 105mm L7 gun with the option to replace it with a NATO standard 120mm smoothbore, possibly with an automatic loader to replace the gunner whose operating conditions within the cramped hull were difficult – to put it mildly. The depression and elevation angles, however, were excellent (-12/+18 degrees). The gun could traverse 15 degrees from the vehicle axis to each side. In fact, the whole vehicle was quite small and extremely low (its height was only 2.1 meters and that included the 45cm clearance). It was light too (26.5 tons) and it was to be powered by a 575hp Detroit Diesel 8V-71T engine (power-to-weight ratio: 21.7 hp/t). Maximum speed was 65 km/h. 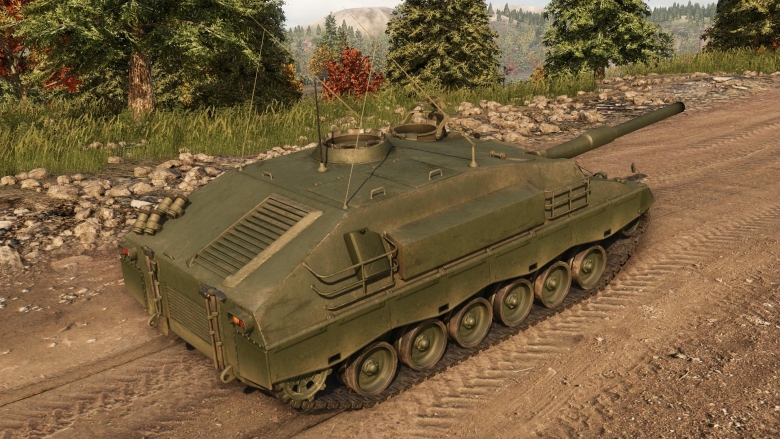 Despite the undisputed originality of this design, the company was never able to attract any customers and the vehicle remained just a prototype, likely ending the casemate tank destroyer era forever. The entire concept had several very interesting advantages over contemporary main battle tanks, namely reduced complexity, increased reliability and – most importantly – an affordable price. In the end, however, not even these were enough to offset the advantage offered by a turret.

For the tier 6 premium tank destroyer role, we have opted to arm the Taifun with a 120mm smoothbore, effectively producing an improved version we call Taifun II. The name is actually not unhistorical – according to Mowag sources that was the early designation of the pre-prototype stage (while the prototype is commonly simply referred to as “Taifun”). A Rheinmetall L/44 gun was selected because the L/55 did not come about until around a decade later – and a 105mm gun would not be sufficient for a vehicle of this tier. 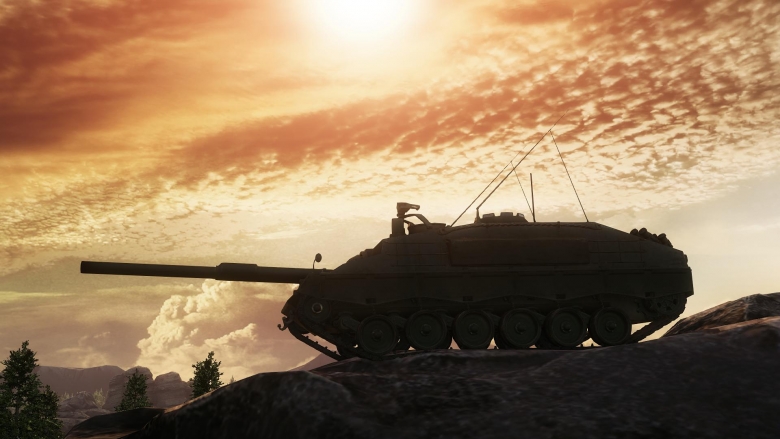 Ammunition consists of local-produced licensed German ammunition (APFSDS, HEAT, HE) with considerable firepower – for its tier, the Taifun has excellent firepower and can deal even with the heavy MBTs easily. The mobility provided by its 575hp engine allows it to get out of trouble very fast – it is quite agile. But its biggest advantage lies in its excellent camouflage factor – when aided by a spotting AFV, the Taifun easily becomes the deadliest vehicle on the battlefield – but beware: standing on one spot for too long will allow enemies to pinpoint its location. Smart Taifun players will therefore change their position every few shots in order to remain undetected.

The Taifun is part of the “Emperor” and “Typhoon” Collector’s Edition bundles.