The Storyline Campaign Prologue is over and it’s time to review your choices and announce the winners.

I took a deep breath and smiled.

“When you think about it, it makes the most sense, really. They’re modern and we’re gonna need all the edge we can get. But they’re also the most affordable of the bunch. You get a couple of T’s, a couple of Terminators... and you’re ready for whatever the world throws at you.”

The Terminator. A Terminator. I loved how it rolled off my tongue. Agree or not, names matter in this world. They have always mattered. The rose under a different name might smell the same, but it is the rose as a symbol women swoon over more than anything else. I also loved the idea of having specialized infantry killers guarding my back. Believe me – in a city fight, nothing comes even close in effectiveness than a pair of angry, red-hot 30mm’s.

And the rest are just... tanks. Any tanks are okay as long as they are on your side and aren’t a heap of scraps that barely moves. Having tanks that share parts with your Terminators also helps cut the running costs and somehow, I suspected the company I’d be working for wouldn’t have an unlimited open tab at the local arms dealer. Speaking of which, about time I learned some answers of my own.

But before I could even say another word, my ever-enigmatic host proved again he was not one, but five steps ahead. He suddenly rose from his chair, putting his arms behind the back. He looked like an old-time butler; a butler that would sooner kill you with a small spoon than bring you a dessert.

“Very well. That concludes our meeting. I will be submitting my recommendations to Master Murdoch today. For now, in the trunk of your...”, a pause long just enough to make sure I notice his disapproval over the type of vehicle I drive, “...car, you will find a suitable attire for your meeting. Today, 7 o’clock sharp, Hotel Bellevue. Do not be late.”

He extended his right arm, expecting a shake. I had a million questions. Murdoch? Miss Norah? What company would I even be working for? What kind of job exactly was this for?

The meeting was, however, clearly over and it was even clearer that I wouldn’t get any answers from the man. At least not right now. Somewhat light-headed, I rose from my chair, shook the man’s hand and slowly made my way towards the stairs leading back to the shop. I'll get my answers, one way or another. A few hours more won't kill me.

First things first, the most basic objective was to register and to play 80 battles between June 2 and June 30, 2021. The reward for this task was:

Of the roughly 5100 registered players, 2449 players completed this objective and will be able to continue the Storyline Campaign.

And last but not least, the player with most battles played during Prologue will receive the Shadow RSV-T Tier 10 Premium AFV, normally only reserved for Battalion players.

The winner is thewolfpack with 1926 legitimate battles played. Congratulations!

During the Prologue chapter, we asked you to choose the vehicles Samuel Thorpe’s outfit will be using for the Storyline Campaign. It was a really close fight between the winner and the Experimental category, but in the end, you decided that Samuel Thorpe will be using the Russian MBT category, which consists of the following vehicles: T-80U, T-90, T-72B3, T-90A, T-90MS, BMPT-72 and BMPT Mod.2017. 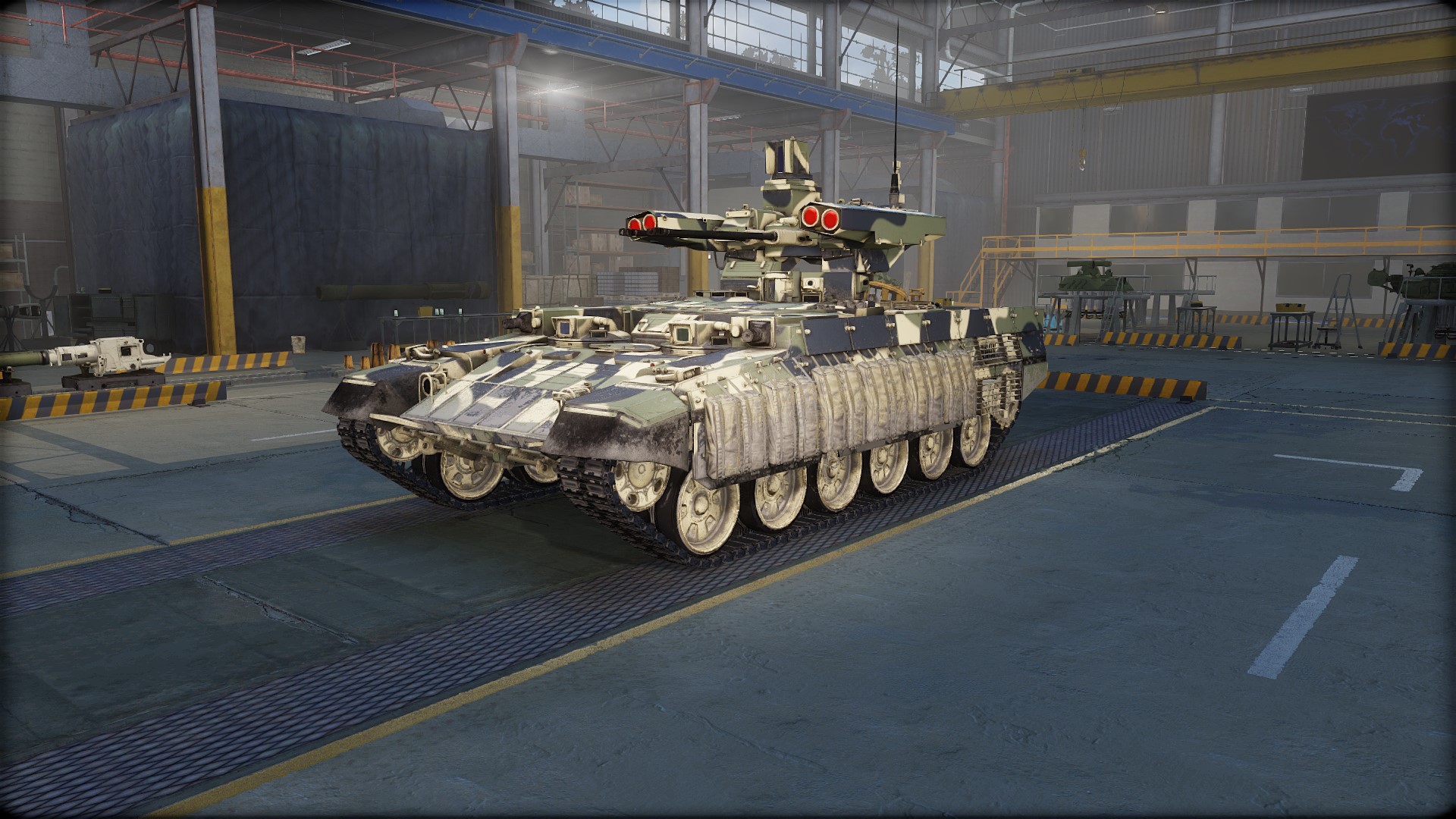 The most played vehicle of the category was (by far) the BMPT Mod.2017 Premium Tank Destroyer, which will also serve as Samuel Thorpe’s personal vehicle.

As an additional objective, we asked you to obtain 2.500 Battle Coins after the launch of the Northern Wind Battle Path (entering the Battle Path itself was not required) and to submit a screenshot thereof to a special form while also completing the main objective. The following players completed this objective:

The reward is a player title “Adventurer” as well as an extra day of Premium Time. The title will be awarded once it is implemented into the game.

We have also set a group objective: If more than 30% of all players who complete the main Prologue objective completed this additional objective, an additional 10% negative difficulty modifier would be applied to the campaign. As is clear from the table above, this objective was not met.

And finally, the Secret Objective. Thanks to the excellent deductive skills of player Haswell and his allies, the Secret Objective was completed within hours of its launch, which is a surprise to be sure, but a welcome one. As promised, the reward was indeed substantial:

Not to worry though – the Storyline Campaign will bring many more riddles for you to solve and rewards to earn. More Secret Objectives will appear soon. But this time, they won’t be so easy...

To sum things up, the Storyline Campaign Chapter 1 will start with the following active rules:

Vehicles of Choice – Samuel Thorpe chose to arm his outfit with Russian MBTs. These vehicles are considerably rarer than their older Cold War era counterparts, but a number of them made it to the American market. They are expensive to buy and even more expensive to keep running, but only a few of these will give your outfit the firepower normally reserved for actual military units and corporations, and the respect that goes with it. This category includes the following vehicles: T-80U, T-90, T-72B3, T-90A, T-90MS, BMPT-72 and BMPT Mod.2017.

Thank you all for participating in this initial part of the Storyline Campaign, which is due to start in earnest later in July. Until then: