“And now,” Clayburn declared almost theatrically, “we’re getting to the really good part. Of course, my friend Sebastian here knows how it went down. Don’t spoil it, Basti,” he added, mockingly. Strom noticed another strange look Grimm gave him but Clayburn either didn’t care or decided to ignore it.

“Now, gentlemen,” he continued, scratching the scar on the right side of his face absent-mindedly, “where were we. Ah yes, the Seahawks left Jacksonville using the ramshackle train they had salvaged earlier. It wasn’t much, but their ship had bought them enough fuel, spare parts and help to get it moving. They loaded what they could and headed west.”

“Of course, we had to get there first and we did. Care to guess how?”

The man was in the best mood Strom had seen him in during the entire visit, almost grinning with excitement. He wasn’t sure what Clayburn was aiming at so he merely shrugged. Clayburn nodded as if he had expected that kind of reaction.

“The mercenary outfit led by that arrogant Cuban? I have heard of him. Didn’t know he operates in the U.S.”

“No,” Clayburn rejoined the conversation. “The C-17 squadron from Istanbul that had taken the Seahawks to Cairo months earlier. Same name. Different unit,” he shrugged. “I worked with them before and they were more than happy to take a crack squad of Crimson Reavers to Texas in a fraction of the time it would take a ship to make the voyage. When the Seahawks – or what was left of them at that point – found the base, their vehicles were barely holding together, they were hungry and tired. Their only hope was what had been waiting for them inside the bunker. Caught between the Reavers who had arrived before them and my landing force that was already on its way, they were out of options.”

“This makes no sense. If the C-17s could have taken them to the USA, why didn’t the Seahawks just sell all their vehicles in Istanbul and escaped to some badlands, or anywhere else? They didn’t know about the bunker back then if I remember correctly. Why would Blackwood even risk going to Africa? He was clearly a smart man.”

Unexpectedly, Grimm chuckled and shook his head at Clayburn.

“Told you. Lack of imagination.”

“Greed is a powerful thing, gentlemen. So is anger. If unchecked, both can make you blind. Greedy people make mistakes. Angry people do not see what is in front of them. But people who are greedy and angry at the same time... they are the worst.”

“Yes,” nodded Clayburn. “Just like Peter. The fool threw my name around as if it meant something but we were never close. He used his heritage as a shield when we had in fact met only once and he was three years old back then. We hardly had any ties. Besides, I cannot abide nepotism. It disgusts me.”

“Why put him in charge of the Balkan operation then?”

“He could have surprised me. At least a bit.”

“But how do the Seahawks fit in? What was really in the bunker? They did get through, didn’t they?”

“Yes. Eventually. Some of them.”

“So they won. They got the grand prize.”

“Perhaps. But it wasn’t what they had expected.”

The few vehicles they had left were lined against the gate of a small facility, well hidden amidst the barren, rolling hills of northern Texas. There wasn’t much to look at – a massive bunker entrance at the end of a long gorge, a merge of concrete and steel, towering threateningly in front of them, surrounded by a few support buildings, cisterns, trucks and cars. Impossible to find unless one knew where to look.

And in front of it all, a Crimson Reaver squad, standing in silence, awaiting their next move.

The trip hadn’t been as exhausting physically as it had been mentally. The train moved fast, but the Seahawks had to disembark several times to clear several obstacles blocking the railway. Nobody bothered them but they all had heard the news of Clayburn forces landing in Jacksonville – once the radio transmissions reached the communications, the information spread like wildfire. They’ve also seen trails in the sky and many of them prayed to whoever would listen for just a tiny bit of luck.

But their prayers fell on deaf ears – the Reavers had beaten them to their destination. It wasn’t a large outfit, but big enough to hold them off for a while. The perfectly clean Clayburn Industries machines stood in stark contrast to the worn-out vehicles; the last leg of the journey hadn’t been kind to their vehicles either.

Kathryn Grey sat on top of the turret of her tank, eating an apple. To her right, the only other functional Abrams the Seahawks had left, the ‘Hephaistos’, was being inspected by a maintenance crew. Two men poured the last drops of fuel into its hungry maw from the fuel canisters they had dragged with them. Three remaining Strykers, including Seagrove’s own ‘Avenger’, were parked nearby, waiting for the opportunity to pounce on the enemy. The rest of the Seahawks were still arriving – a motley assortment, resembling a warband far more than an actual former corporate unit, or even a mercenary company.

They had long since abandoned any pretenses – a Bradley here, a few trucks there, half-stripped Humvees, even a few civilian cars. Seagrove thought that it was amazing how much a difference the last few months make.

The only person seemingly unaffected by the stress of the journey was, as usual, Blackwood. He strode around, observing the enemy, talking to the Seahawks, radiating self-confidence. His calm demeanor lifted the spirits of men and women around him – after all, he had taken them this far, surely they’d see this through with him once again. One last action. Once more unto the breach and then – salvage and disperse, to each a share of the bounty, enough to make the travel to the western coast, to the mythical tech paradise of Greater California, north, towards the American Midwest and its great plains, or – for the most adventurous of souls – the war-torn south with its eternal combination of tropical paradise and conflict.

The battle plans were made at dinner, consisting of tea and stale bread. “Don’t worry, tomorrow, we’ll be dining something better,” Blackwood reminded them. They all chewed their food in silence, hidden from enemy sights by the shadow of a nearby rock. Without waiting for their reaction, he continued.

“Here’s what we’ll do. Joshua, Kate, I want you to spearhead the assault. Nothing fancy – the bunker’s at the end of this gorge, we don’t have much room to maneuver anyway. Missile teams will sneak into the hills at night. When you charge, they’ll attack the Reavers from all sides. We have to strike hard and fast before the main Clayburn force gets here. We’ll crack the bunker, load what we can and run. They’ll never catch us.”

Seagrove couldn’t help but think that something was off. It wasn’t the entire situation – the plan was simple and made sense. This is what they had been talking about previously. But, he couldn’t shake the feeling that something was missing. It all felt very straightforward in a world where few things had been.

But, he conceded, perhaps it was finally their turn to strike the jackpot.

Their meal was interrupted by one of the scouts, bringing the news of Clayburn forces leaving Jacksonville. They’d be there soon. It was time for action.

Welcome to Episode 5 of the Storyline Campaign. In it, the Seahawks must breach the secret Clayburn facility. From December 22, 2017 to January 15, 2018, players will have the opportunity to finish Episode 5 by completing two out of three following objectives. Each week of the event will have one objective active.

Please note that Special Operations do not count towards Objective 3.

Completing two out of three objectives will earn you the following rewards:

Completing all three objectives will earn you the following reward: 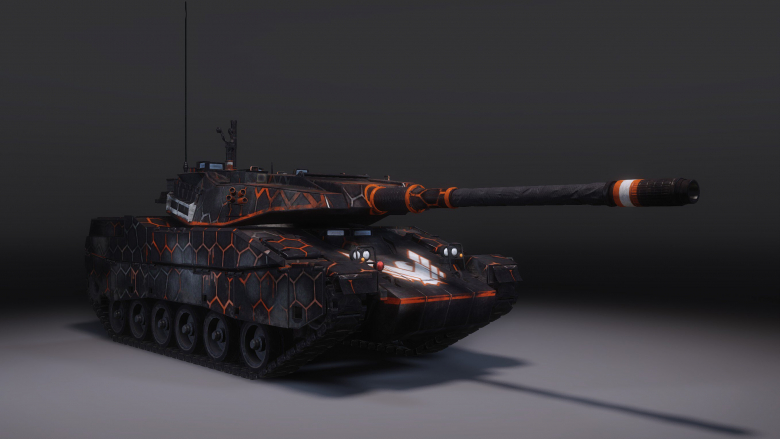 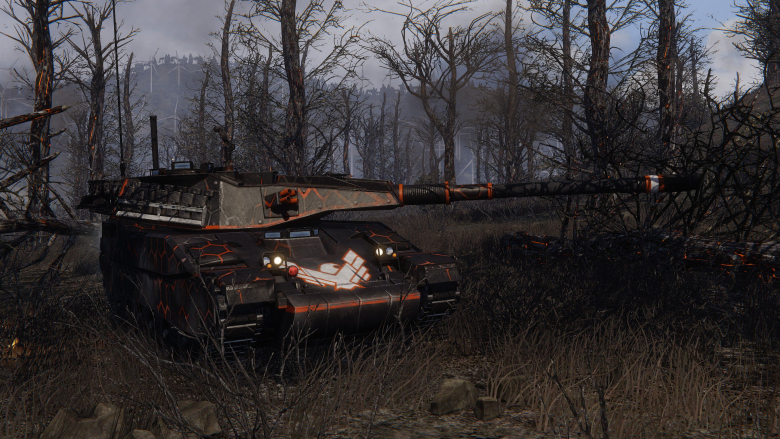 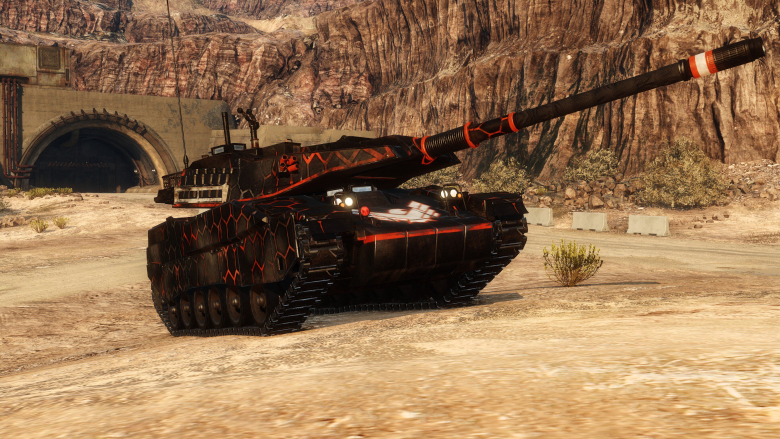 For the Episode 5 finale of the Storyline Campaign, we’ve prepared a special bonus objective. It’s quite simple.

Fifty players who play the most PvP, PvE (Easy, Medium or Hard) and Global Operations battles during Episode 5 will receive Object 640 “Black Eagle” Tier 10 Premium Main Battle Tank after the end of the campaign.

But beware, commanders – no foul play will be tolerated. Each winner will be investigated manually and, if found to be in breach of Terms of Service, for example by:

Or by committing other serious violations of rules, will not only receive a standard punishment, but will also be disqualified from the Black Eagle contest and from the entire campaign. Playing fair is the only way to win! 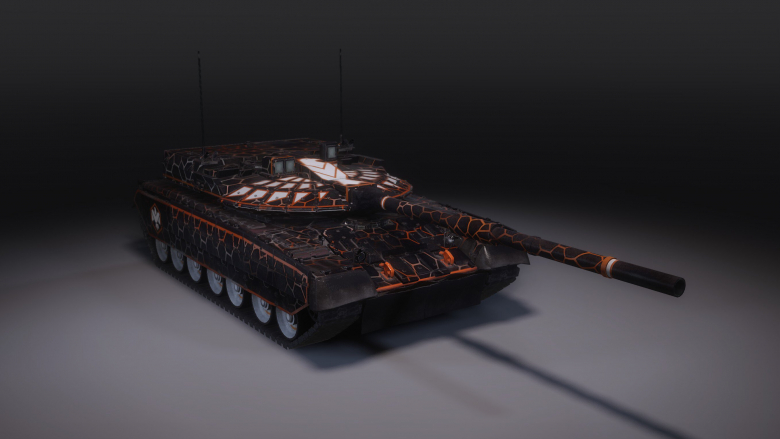 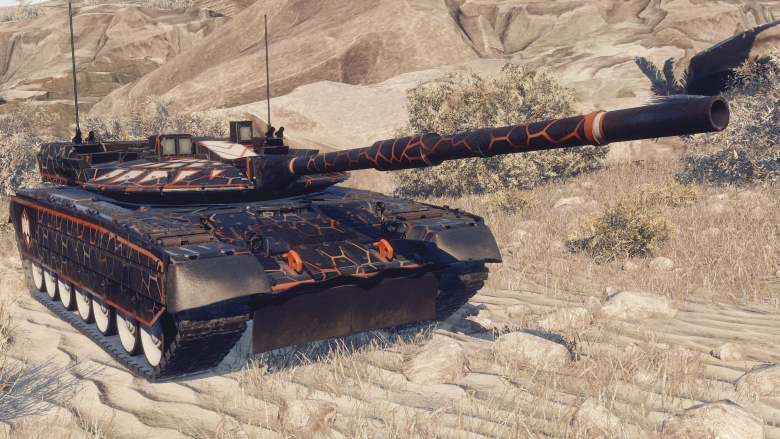 Learn more about the second commander of the Seahawks, available in Episode 5

Interested in finding out more about the world of Armored Warfare? We've prepared a summary of the Storyline Campaign for you!