Episode 4 – “Have Tanks, Will Travel”

They had expected the trip to take three weeks, but in the end, it took a month before they first laid their eyes on the American shores.

Apart from encountering a single storm in the Mediterranean, the voyage was remarkably uneventful. With most of the world’s navies defunct and their ship no more than decrepit hulls rusting in abandoned military ports, the Altalena – for the name stuck – was never challenged, even when passing the previously closely guarded Gibraltar Strait. For the Seahawks, the last glimpse of the Old World would be the Spanish cliffs disappearing in the distance. Most of them would never see Europe again, although they were not aware of it at the time.

Ten days into the journey, they passed the Azores, abandoned and uninviting – they would find no shelter amongst the barren rocks and cliffs, no place to call their own – and so, they sailed on, towards the west and their destiny.

As Blackwood had predicted, the U.S. Navy was not present and their approach to the eastern coast of Florida was not met with any resistance. What they did not expect was the level of prosperity they encountered. The navy base was there, but it was not abandoned.

The Free City of Jacksonville, how its residents called it, was formally still a part of the state of Florida and the United States of America, but the federal hold on the entire area was tentative at best. An uneasy peace – or, more accurately, a ceasefire – between the separatists controlling much of the American southwest and the legitimate government of the United States of America was a result of a failed attempt of Washington to bring the south back into the fold earlier in 2039 using private military companies.

Jacksonville was lucky to have escaped the worst fighting, but the signs were still there – as the Seahawk ship approached the pier in the early morning mist, many of them gathered on Altalena’s deck, they could see a number of rusty, broken down vehicles littering the port area. The port was bustling with activity with fishermen and dockhands both raising their head in confusion, surprised by the arrival of the massive transport ship. As the Altalena docked, the Seahawks could see increased activity with several workers running towards what looked like an office building. Before the first of docking cables were attached to the pier’s moorings by the now-disembarking Seahawks, the workers returned with a tired-looking middle-aged bald man in a cheap suit – the overseer. He nodded at them curtly, completely undisturbed by the sudden appearance of the transport in his port.

He looked around, appraising the ship, its cargo and its crew with a single glance of a seasoned professional.

A statement, not a question.

“I’ll send over some of my boys. Drop by my office,” he pointed to the building behind him, “to sort out the fees.”

He nodded to himself as if he was going through a list in his mind.

“But first, please follow the fine gentlemen of port security, there’s the matter of your...”

He paused again, looking at the weapons the Seahawk guards gathered behind Blackwood carried.

“We don’t want any incidents, right?”

Blackwood quickly nodded, noticing the port guards approaching the pier. They looked agitated and were carrying military-grade firearms, including one or two anti-tank launchers. He turned back towards the men gathered behind him.

“Seagrove, you’re with me. Kate, Fyodor, keep an eye on the ship and the unloading. We can stash our stuff...,” he looked back to the overseer, “where exactly?”

The overseer just pointed to what looked like a warehouse at the end of the pier.

“Right, there. Let’s get going, those gentlemen with guns look quite nervous to me.”

“Absolutely not! We should send them packing – do you know what these assholes did? Of course you do, we watched the news feed together!”

The giant Native American in an old U.S. Army uniform was furious. Muscles bulging, he looked like he’d leap on Seagrove and Blackwood, standing in the local PMC office in front of its commander’s table, and snap their necks within a single motion of his enormous, muscled arms. He only calmed down after the reproachful glance of his commanding officer.

The commander, a professional through and through in his fifties, looked as tired as Blackwood felt. His clean-shaven face, military-style haircut and calm, measured movements told Blackwood that he was dealing here with a respected veteran.

The commander shook his head and rubbed his eyes before finally answering.

“You’ve got balls, Blackwood, I’ll give you that. But the shit you did in Africa was broadcasted over corporate feeds all over the world. Hell, it even got here, to this shithole on pirate feed. Congratulations, commander, you’re now a poster child for the ‘all mercs are all homicidal assholes’ drivel,” he smiled ironically at frowning Blackwood.

“But,” he continued, “luckily for you, us fine folks here don’t believe everything that’s on television. Hell, I wouldn’t be surprised if the corporates did half of that shit themselves. And we’re no friends of corporations and their federal allies here.”

“You’re saying you want to recruit. Fine. Don’t expect much though,” the commander shook his head, “we weren’t the only ones watching the feed. Look...”

He sighed, rubbing his eyes again.

“We won’t give you trouble if you don’t give us any, but we won’t lend you a hand you either, that would be our ass – we can’t afford to lose the support of this fine city. You can trade whatever you want with whomever you want, as long as it’s voluntary on both sides. Do I make myself clear?”

Blackwood and Seagrove both nodded, satisfied by the answer, unlike the local Lieutenant.

“But General, we can’t just... ” “That’s enough. And don’t address me that way, Wolf. We’re not in the army anymore. As for you,” he turned back towards Blackwood and Seagrove, “you have one week. Then we want you gone. Agreed?”

“The south is swarming with feds. Spend your time here wisely – and good luck with fighting through them.”

“Federales, pendejo,” responded the fifth man in the room, standing silently behind the commander until that point.

“Government troops. They’re well-armed and they don’t like mercs. There’s a fragile cease-fire in place, but that’s us – no such luck for you, cabron.”

Welcome to Episode 4 of the Storyline Campaign. In it, the Seahawks must fight their way to Texas to a secret Clayburn facility. But first, let’s take a look at the consequences of the choice.

In the public vote, players have selected the Recruitment Drive option. As a result, Blackwood ordered his men and women to stick around and try to recruit anyone willing to Seahawks.

Sticking around in a relatively peaceful area had a positive effect on morale, which remained high even after the grueling voyage.

However, the stay also had an impact on a number of Seahawk members who decided to stay instead of travelling further. These men and women didn’t lose anyone in the Clayburn purge and were tired from the fighting in the desert. This fatigue was increased by the brutal fighting in the desert, but the troops were kept busy by Blackwood’s orders to recruit and gather supplies instead of being forced to stay idle and think of their misery. As a result, the number of people leaving the Seahawks was rather low.

The fighting in the region produced a number of anti-corporate veterans willing to lend the Seahawks a hand for the right price and the recruitment drive was somewhat successful, but nowhere near as successful as Blackwood expected due to the bad Seahawk reputation following their actions in Al Arish.

On the upside, the non-violent course of action chosen by Blackwood pleased both Joshua Seagrove and Kathryn Grey – he has always advocated restraint while for her, Florida was home.

The Seahawk state at Episode 4 launch:

From November 13 to December 4 2017, players will have the opportunity to finish Episode 4 by completing two out of three following objectives. Unlike in the previous episodes, each week of the event will have one objective active.

Completing two out of three objectives will earn you the following rewards:

Completing all three objectives will earn you the following reward: 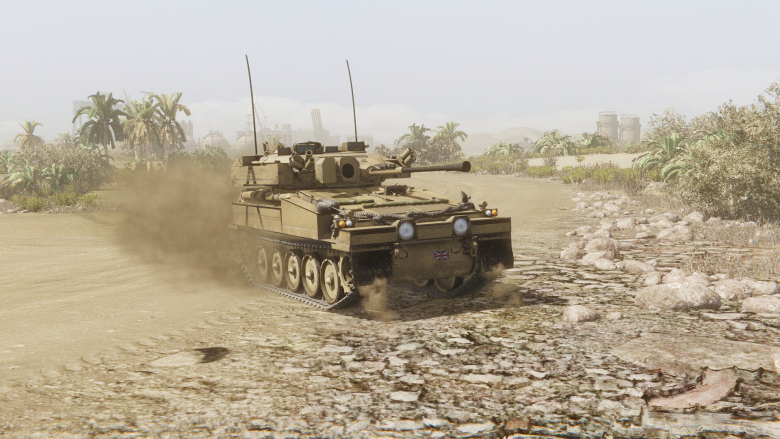 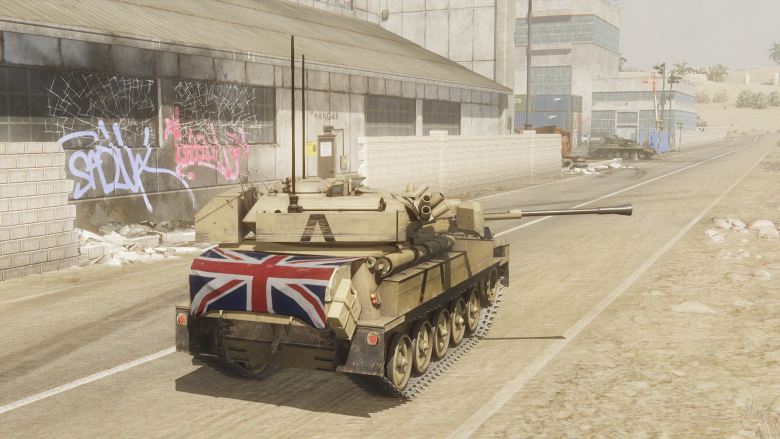 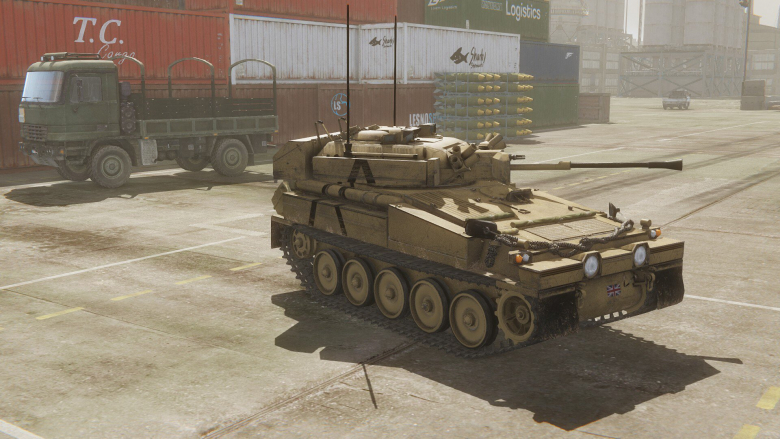 Storyline Campaign – Decide your Course for Episode 4 and 5