Episode 3 – “The Simple Art of Escape”

It was dark outside already when Clayburn decided to take a stroll. Strom followed him through the labyrinthine halls of the silent mansion to a small courtyard behind the northern wall, hidden from prying eyes by thick rows of hedges. The stillness of the late autumn night was only interrupted by the footsteps of guards patrolling the premises and the soft whizzing and clicking of their suits of powered armor.

Clayburn sat himself down on a bench outside and stared wordlessly up as if trying to divine the location of the moon from behind the cloud cover. Strom wasn’t feeling particularly comfortable but sat next to Clayburn when prompted by an almost imperceptible nod and a wave of his hand. It was cold, but Clayburn showed no discomfort, only occasionally rubbing his scar – a well-healed wound that, however, did look somewhat recent.

“If you don’t mind me asking, sir, what happened?” asked Strom. He didn’t specifically mention the scar, he didn’t have to. Clayburn knew without looking and smiled.

“Just an accident. A reminder to always be careful around loaded guns. That’s what the scars are, Strom. The most important life lessons made flesh.”

Strom nodded, taking the question as answered, but Clayburn went on.

“Hunting, Strom. There is something magical about hunting. Putting your life on the line, just you against the nature.”

Strom suddenly remembered the trophy hall he passed during his entrance. Dead animals always gave him chills, he always felt their dead eyes watching him reproachfully – and there were hundreds. He decided that the condo he had received with his new rank was just the right choice for him. No mansions and definitely no obligations to uphold age-old noble traditions, thank you very much.

“Of course,” Clayburn continued, “that’s all gone now.” He nodded to himself. “I personally shot one of the last lions left in Africa, did you know that? A magnificent beast. I kept tracking it for weeks on end, alone, staying downwind while avoiding his human guards.”

Strom, sitting next to Clayburn, threw a side glance. The man was now clearly enjoying himself.

“He did put up a spirited fight, even when my first shot shattered his shoulder. Almost ripped my face off in his death throes when I approached him. But in the end, he was mine. Like everything I ever wanted.”

The gleam in Clayburn’s eyes was unsettling and for a moment, Strom truly understood what made the man beside him so terrifying. Under the whole civilized shell, Clayburn was a ruthless monster, fully capable of ending lives without a single blink of an eye. The stories about him were not exaggerating – in fact, quite the opposite.

But, as if by a flick of a switch, the moment was gone. Clayburn was back to his charming host self and smiled indulgently.

“Listen to me ramble like an old man. So where were we, Strom?”

“The Seahawks, sir. They escaped to Africa. Your nephew came after them.”

“Ah yes. They had nowhere to go – empty desert to the south, made even more hostile, if you can believe it, by their foolish actions,” he chuckled before continuing, “the west was firmly in my grasp, even if indirectly and to the east the Gaza wasteland, the ruins of Beersheba and, finally, the impassable Great Wall with all its automated defenses. To put it shortly, it wasn’t looking good.”

“They chose what made the most sense to them at the time. A pro-active strike against my forces, led by Peter.”

“That’s what I’ve never understood. After the mess in the Balkans, why did you allow him to keep his command?”

Again, that strange and unsettling smile.

“I am all about second chances. Can’t you tell already by now?”

There was an itch Joshua Seagrove couldn’t scratch – the worst kind, an itch hidden deep inside his head. Ever since the decision to lure the Crimson Reavers into an open battle where the maneuverability of the Seahawk light vehicles would give them an edge – in theory, he reminded himself – over the Reaver heavy units, he couldn’t shake the feeling that something was terribly, terribly wrong.

Intelligence, acquired by Blackwood, suggested that Clayburn wanted to capture the base intact – a static defense would have therefore made sense. The base wouldn’t be shelled by one of the two destroyers that they knew were coming and infantry attacks would be easier to repel. Plus, just as he feared, local mercenaries were eager to exact their revenge. Nothing puts people together like a common enemy and Clayburn would definitely have allies in this fight.

Regardless, Blackwood seemed to have been thrilled at the prospect of an open battle, letting Kathryn draw up battle plans. What was even worse, the information somehow got out and the men were growing restless. Meetings were held under the pale moonlight, meetings of angry men with shaking fists and loud voices. We better win this one, he thought to himself, or there won’t be a future for any of us.

His line of thought was interrupted by pale-looking Kathryn Grey entering the tent where he sat on his own.

“Josh, they sent an emissary.”

He let out a forced chuckle.

Her sullen expression told him that the joke had fallen flat. He frowned.

Only now he noticed her quivering hands and the traces of tears in her eyes.

Later that day, she found him alone in his tent, sobbing with impotent rage. They sat quietly together for what seemed like hours and only at the end he realized that she had been holding his hand all along.

“Kate,” he finally looked up, “promise me something.”

She nodded, not knowing what else to say.

Welcome to Episode 3 of the Storyline Campaign. The Seahawks must defend themselves from the invasion, led by Peter Clayburn leading the Crimson Reavers elite unit!

From September 21 to October 12 2017, players will have the opportunity to finish Episode 3 of the storyline campaign by completing one of two objectives. Only one of these objectives has to be completed to obtain the “Episode 3 finished” status, needed to obtain the ultimate season prize, the exclusive Abrams AGDS vehicle!

Completing both objectives will, however, reward players with the ultimate prize of the episode – the previously unavailable T-72 Victory Tier 4 Premium Main Battle Tank. 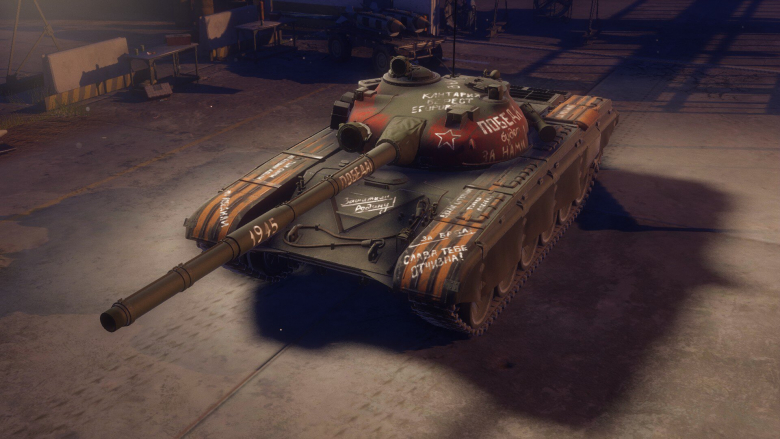 Objective 1 – Hold off the Crimson Reavers

The Seahawks are meeting the Crimson Reavers in battle. It’s going to be a contest of both endurance and resolve – will they succeed, or will they fail?

Each Objective 1 battle will be rewarded based on the highest Tier of vehicle owned by the respective player:

A portion of the Seahawk forces is still scattered around the area, loading the resources needed on the journey west to the ship. Help them recover and secure the last of the precious food, water and fuel they need!

To prepare for the battles in the desert, Kathryn Grey must send her scouts to carefully survey the area and to carefully select the future battlefields. One advantage to the previous battles with the mercenaries in Episode 2 is the amount of salvaged gear that fell into the Seahawk hands – without it, the Seahawks would have to rely on their dwindling fleet of Bradley fighting vehicles. Luckily, some of her men are trained to operate them. Put them to good use!

Players who achieve Episode 3 Completed in both categories by: 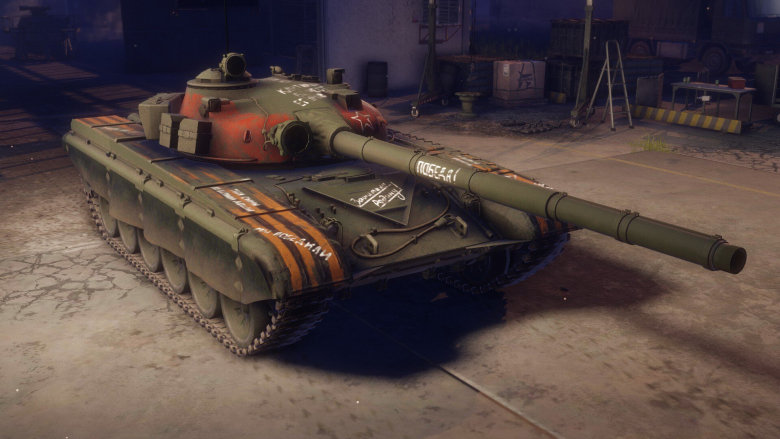 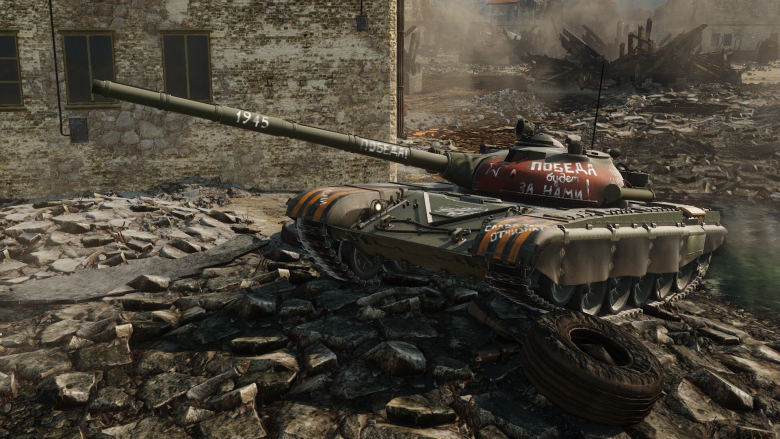 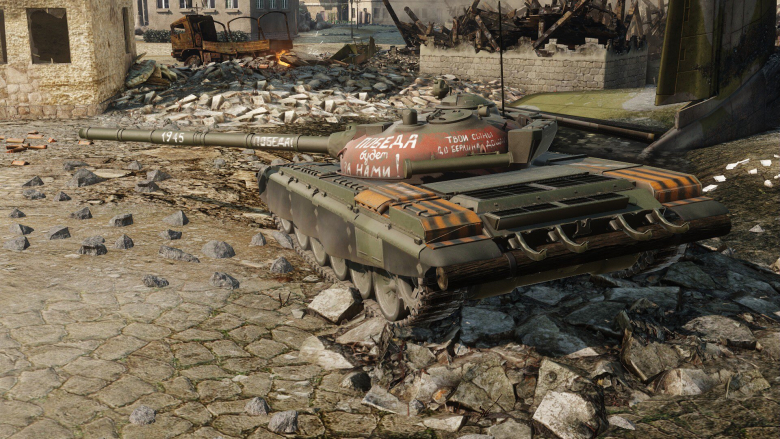