Retrofitting armored vehicles in real life is a relatively common way of increasing their combat value. The word itself means "adding new technology or features to older systems", but, when talking about armor in particular, the meaning usually shifts toward replacing existing vehicle components with more modern ones. While this approach might seem sensible at first glance, retrofitting comes with a large number of drawbacks, some of which are described in this article.

The first thing that needs to be said about retrofitting old vehicles is that when it comes to increasing combat value, purchasing more modern vehicles is always better than retrofitting old ones. There are exceptions to this rule, for example when the chassis of a vehicle is sufficiently modern and it's the actual vehicle producer doing the upgrading. 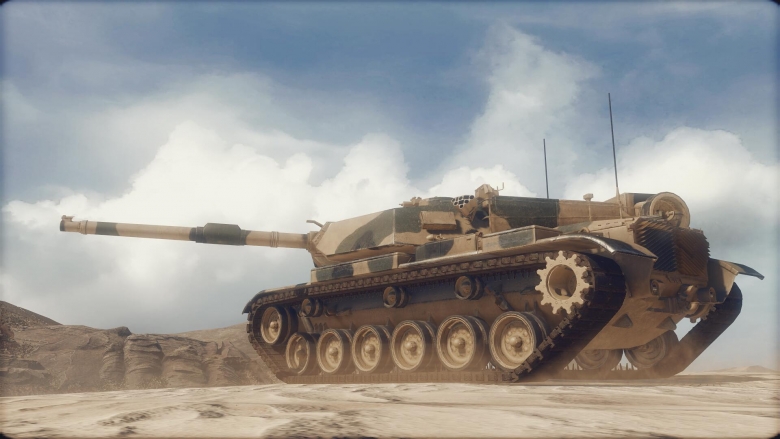 While in theory it might seem a viable course of action to, for example, equip an older tank with a bigger gun, this approach actually presents a number of difficulties that can be practically impossible to overcome. Here are some examples of the issues militaries interested in retrofitting their vehicles may encounter.

A tank is more than a sum of parts. One vital aspect of industry know-how is putting the right parts together. Often, parts are actually designed from the initial stages of development onwards to work together and undergo rigorous testing. Upgrades to existing vehicles by the original vehicle producers (such as KMW for Leopard 2 MBTs) are mostly exempt from this category due to the manufacturer's know-how, but various third party kits for tanks can seriously impact vehicle performance. For example, putting too much additional armor on a vehicle will result in stressed suspension, which in turn will result in poor reliability, additional maintenance needs etc.

This is especially relevant to the T-54/55 vehicle series, but can apply to others as well. The armor of any tank is designed with integrity in mind. In effect, this means the nominal protection value of the armor only applies when the armor part itself is not compromised by penetration. Once the armor's structural integrity is compromised, the part no longer offers the protection it is rated at even if the armor fracture is relatively small. In other words, drilling a hole into an armor plate part to mount a new, retrofitted module is generally not a great idea and will result in significant loss of protection value. 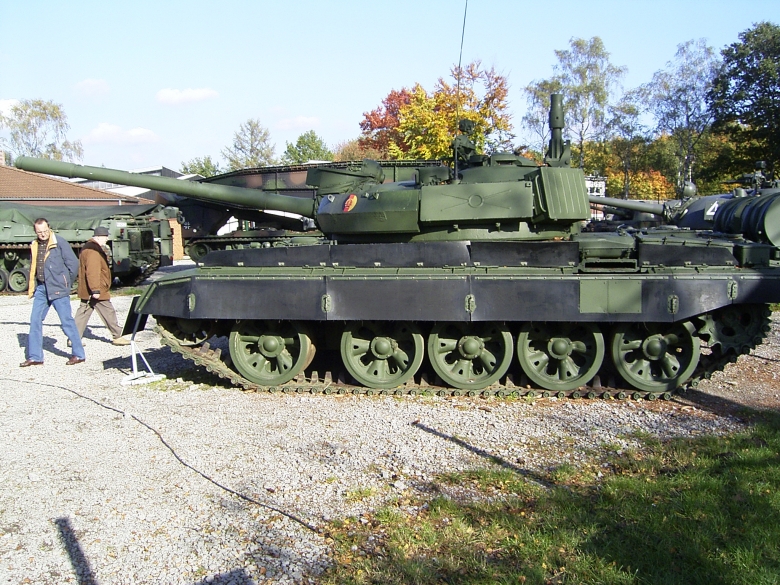 An interesting side-effect of integrity loss is its influence on old WW2 field penetration tests. These were performed against captured or knocked-out vehicles, usually multiple times in a row. Shooting the front of a captured Panther seems like a good idea to determine whether your guns are successfully able to break through, but once the plate is penetrated (or even compromised by non-penetrating hits), breaching it becomes much, much easier, leading to some strange penetration results.

It is not possible to cheat time and material quality is no exception. Even if you devise a modern armor kit for the T-55 or older T-72 variants, in the end it is still being applied on a tank that is, in some cases, 50 years old. As an example – there are multiple T-55 tanks still fighting in Syria today. Syria purchased 951 T-55A and 380 T-55AK (command variant) tanks from Czechoslovakia between 1971 and 1981. While many vehicles from this original import run have already been destroyed or phased out, some of the vehicles we are seeing on the battlefield today are 40-45 years old and have been actively used since their arrival. 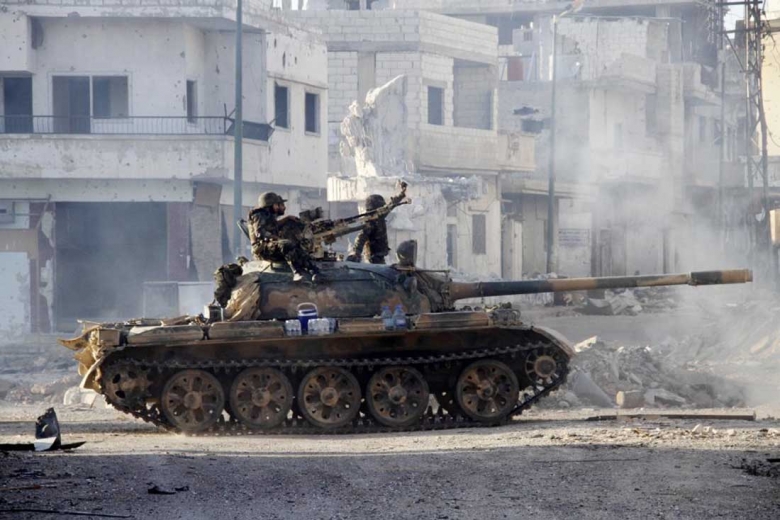 Although many of their internal parts have been switched since then, there is one component that cannot be switched – the vehicle chassis itself. As time progresses, the quality of the chassis degrades and retrofitting such a machine with modern parts – even if successful – is mostly a lottery, as the integrity of the chassis could be compromised by its age alone.

This may depend on each particular case, but often the increase in combat value of the retrofitted vehicle is not worth the cost. The price doesn’t come down to the retrofit alone, but also all the costs attached to it. A typical example would be a drastic change to the gun (the T-55 with 105mm L7s instead of 100mm or the new Patton upgrade by Raytheon that replaces the original 105mm M68 with a 120mm M256). 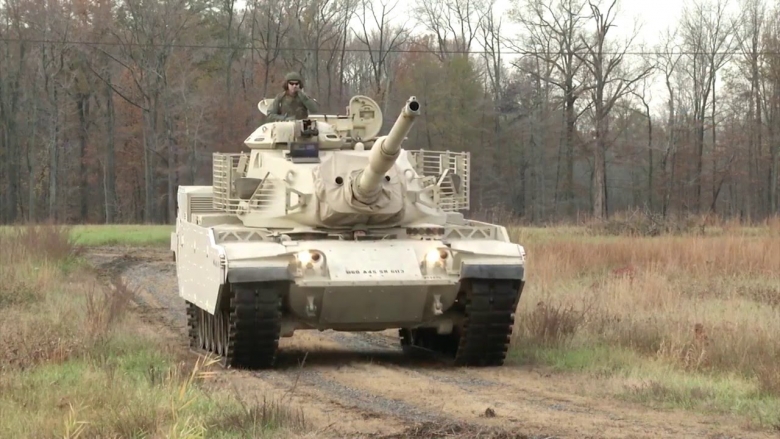 Here, the vehicle owner not only has to pay for the retrofits, but also purchase whole stocks of new ammunition. Additional costs can also include personnel training for both operation and maintenance, additional maintenance tools or in some cases entire facilities, entire sets of new parts etc. These extra costs can largely defeat the entire purpose of retrofitting older vehicles (affordability).

Retrofits as a Viable Solution

There are instances where retrofitting an older vehicle is a viable solution. Please note, however, that these cases are highly individual and depend on particular sets of circumstances. These include:

Upgrades made to existing vehicles by specialized companies that were involved in their development (such as Rheinmetall, KMW and IBD Deisenroth for the Leopard 2) are highly reliable and certainly less costly than actually developing a new tank from scratch. 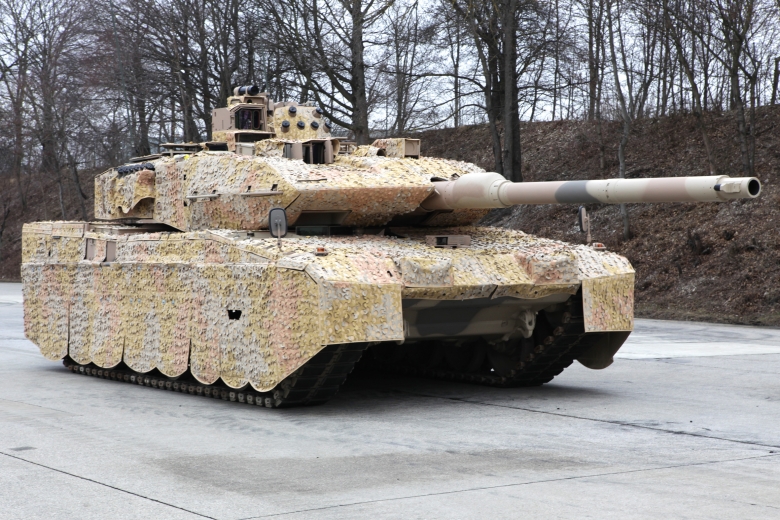 These cases are very specific, but under certain circumstances purchasing new vehicles is simply not an option. A good example would be North Korea with its armored forces consisting of retrofitted tanks of dubious quality. North Korea is under an arms import embargo and without an advanced military industry of its own, it is practically impossible for it to develop a truly modern Main Battle Tank that could stand up against South Korea's advanced technology. Another example would be Israel, which has at several times during its existence been barred from purchasing advanced western vehicles such as the Chieftain. Israel's own ingenuity along with American military support has led to a series of advanced retrofitted vehicles before the eventual introduction of the Merkava MBT program.

The more modern a vehicle is, the more difficult it is to operate. The advanced battlefield control systems that western armies utilize require extensive training, which is not possible in armies that consist mostly of conscripts. While a skilled but uneducated mechanic can keep a T-55 operational almost indefinitely, the same cannot be said for the cutting edge Abrams or Leopard 2 variants. Retrofitting older designs with modern technology allows both maintenance and vehicle crews to keep utilizing their training without having to start from scratch. 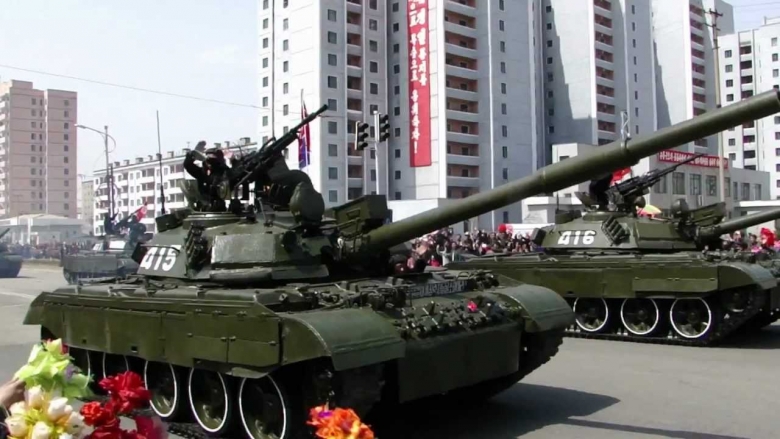 Modern tanks are notoriously expensive to run. Few countries can afford to keep a large fleet of cutting edge tanks operational. On the other hand, T-72 parts are easy to come by and are not expensive.

Modern tanks are actually not needed

When your potentially hostile neighbor has a handful of old Pattons, you do not need to purchase hundreds of modern tanks to deal with that threat. This is especially typical for three regions of the world – Africa, Southeast Asia and South America. Very old armored vehicles can still be found in these parts of the world with local militaries not facing any immediate need to upgrade their armor to something newer.

A large number of modified vehicles can currently be seen in both Syria and Ukraine. Lately, however, enticing offers from Chinese and Russian armor producers have caught the eye of multiple customers and with the export success and relative affordability of vehicles such as the Russian T-90S and T-90MS tanks, it is possible that the age of Cold War tank retrofitting is slowly coming to an end.

Discover the difficult real life development process of the creation of one of the Soviet infantry fighting vehicles, featured in Armored Warfare. This is the first part of a series on the BMP-2's development!